Stepping off the merry-go-round

One of the joys of hosting the Advent Blog series is the chance to catch up with people, and the blogs submitted make me contemplate the things that are important. Chris Kane exemplified this last year, when he remembered his schoolfriend and rugby playing mate, David, and described the move of London Irish rugby club to its new grounds and how that change was handled with thought and sensitivity - you can read his blog here. Again this year Chris is commenting on change and acknowledging the impact particular friends can have. Chris is an expert in property and the working environment. After many years in corporate life Chris now runs his own consultancy, Chris Kane Associates, which specialises in "getting smart people to smart places" - a much wider remit than just facilities or property. You can follow Chris on Twitter, his handle is @ChrisKane55.


In the hustle and bustle of our 21st-century “always-on” lives most of us have little time to draw breath, to pause for a moment or two, to take time out. Advent 2015 for me is very different, I’m in a new ball game having stepped off the corporate merry-go-round in April.


It is a completely novel experience where every day is different.


In setting out on this journey I realised that is was driven in part by my recognising that I can see things differently to many in my former profession. Change is never easy and leaving a full-time job to step out into the unknown world of self-employment is not something that most people do on a voluntary basis.  So far it has been very meaningful and productive in ways I couldn’t have foreseen.
Last year, Kate, reminded me of my Celtic roots by introducing Samhain as part of my Walking With The Spirits post.  This pre Christian tradition is a period of taking stock of the past year, celebrating those spirits that have passed on and for looking forward.


In taking such a big leap into the unknown it is always helpful to have a bit of help and I’m fortunate in having a good support network. This blog is about the help I got from my friend Nigel which I describe as a comet like relationship, something to be celebrated.
When one is navigating a new course it is always helpful to have a guiding light. Sailors will recognise the importance of the Sun and the North Star but over the last 2 years I had my own guiding light that helped me move to my new world. During times of great change the thought of jumping off the fast moving carousel of corporate life can be daunting 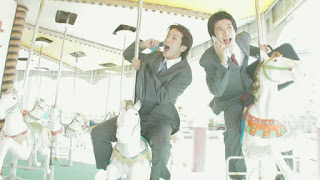 and a helping, yet challenging hand is very useful.  When thinking about a topic for this blog it struck me that comets are buzzing around the universe all the time yet we can only see them at certain times or with special equipment.  For example, Halley’s comet, only appears in our skies every 75 years.


Most of us, myself included, assume comets streak through the sky and are gone in a flash. A useful metaphor for the transience of life maybe?  The more experienced astrologists amongst us will tell us that comets can be in orbit for up to 200 years and may be visible from earth for up to 18 months to 2 years. We are all agreed, no doubt, that it is fantastic to witness such a marvellous sight whizzing through the skies.


Opening a new chapter enabled me to forge new relationships and to build stronger links with others. Nigel Roberts was somebody whom I came across when I went back to school in 2013. He was the interviewer from hell during my media skills training course, having learnt that I worked at his alma matter – the BBC. There was something about this spiky Mancunian that I admired and we decided to keep in touch. Over the past 2 years we developed quite a rapport as he guided me along the path of setting up on my own and how best to use the media.  Nigel pointed out the dangers of “spin triumphing over substance” and a host of other little gems. Little did we realise that like seeing a comet charging across the skies our journey together would be short lived.
In August, I learned of his untimely death and felt a deep loss of a genuine human being who had the rare knack of being insightful, entertaining and sometimes irreverent. For example, he wrote about the toxic office.   Attending his funeral it was not surprising to see a packed house filled with many people who had come to give him a good send-off. I wonder how long the coal dust of his comet tail will linger?  I suspect for quite some time as he had a big impact on a wide range of people from his Leeds University mates to his media colleagues to his family and friends.