I love the calm days between Christmas Day and the start of the New Year. They are always a good time to contemplate the world and this post by Anthony Allinson should make you do just that. Given the awful flooding over Christmas in the North of England, Scotland and Wales (with more storms on the way) combined with other meteorological problems elsewhere in the globe, Anthony's post is highly topical.


To use Anthony's own words when describing himself, he is "not a HR wonk". He is an Operations Manager with a great track record of establishing PMOs, global services and support organisations. He is currently leading the Managed Services function at Mosaic Island, a digital transformation company based in Bristol and London. I met Anthony via Twitter (his handle is @allinsona). Despite his desire to distance himself from HR (!) Anthony is passionate about the working environment and ensuring that he knows what matters and motivates people (so that he can ensure that one fuels the other, thereby ensuring that customers and colleagues have a great experience). Antony writes a well-followed blog, Joining the Dots  he also has a passion for the people of India and the issues that they face, having become involved with the Sylvia Wright Trust that looks after the sick and disabled in Tamil Nadu - the state hit with severe flooding over the past month.

Like most people who read this blog I suspect, I voted in the May 2015 election. I value my vote, even though I know it often counts for little on its own.  They add up. That’s the point. I am a little swayed by the argument that people died so we could have the vote I suppose, but note a lot more pragmatically that suffrage came to most men only a little before it more famously came to women. In 1800 around 3% of the adult population had the vote.  It is all quite recent really, a norm, a right we’ve had universally for quite a short time.  I value it as a hard won right, gained over many centuries. 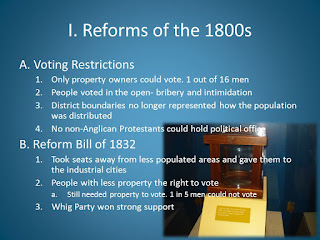 Where I live in rural Hampshire they don’t so much weigh the vote as look at from a distance.  The pile of blue Conservative votes dwarfs the other piles. It is no contest.


I am a natural Conservative voter, perhaps that makes me less like the majority of people who read and contribute to this blog, I don’t know. I don’t like much of what they do, what they stand for, where they come from and how they behave, but still, I tend to vote for them.

Out of all the issues that did the rounds this year, the environment matters most of all when set in the context of what differentiates the parties and the need to do something quite radical about it, and to do it now and to keep doing it for a very very long time. 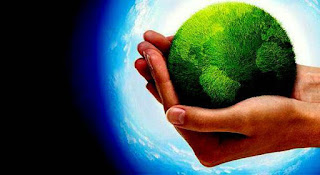 Many other issues do matter and must be dealt with too, it is not “all about” the environment, but it might get to the point where it is.

I care about our health service and that tricky balance between social safety net and our each being responsible.  If there is a kitchen table debate that happens most often in our house it is around what constitutes an effective education system and what “they” should do to fix it, interspersed with hypocritical rants about why “they” keep meddling with it. I think that having everything on a sound financial footing is necessary for sustained control and stability.  I am less convinced that GDP growth is as all important as we often unthinkingly seem to assume it is.  I do not have a clear view as to what to do about the chaos (I first wrote, “unrest”, and felt that an insulting understatement) in North Africa and the Middle East and the impact it is having on the people there and increasingly on us. 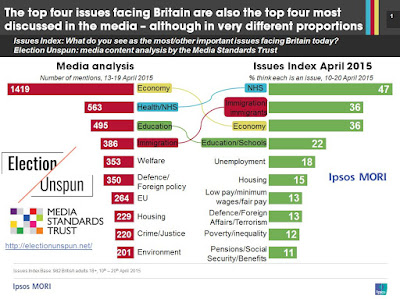 You can read into all that what you like.  It probably adds up to reluctant Tory. I generally don’t like being pigeon holed but I think I fit the bill.

I listened to the election debate, joined in a little and concluded that what each party would actually do varies by relatively little, diluting the power of all our votes, further reducing their effect.  People will take issue with that.  I accept they are not all the same.  That would be a jaded view, a counsel of despair which is something I generally rebel against.   I also accept that the current debate about what to do about the chaos I referred to above is massively important, very much a now issue and another that will require effective policy over decades and perhaps even centuries.

It was when I looked at considerations about the environment that those differences on most other matters suddenly looked small, cyclical and a little irrelevant in a long term and truly global context.  All a bit troublesome in the now, but frankly neither here nor there when set is alongside what we are doing to the world and the need to act promptly, practically and in a highly co ordinated way, making some very tough decisions. Those decisions will test democracy.  I worry that the period of democracy we are enjoying and value so much might turn out to be a bit transient too. 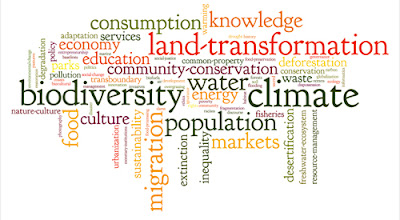 If any of you read one of my other blogs in recent weeks you’d know I have been to India.


I have been there 30-40 times before, but always cocooned by business class cabins, air conditioned cars and swish hotels, so I can then work in palaces glass and steel.  This time I was in a small city, and met real people who live in one and two roomed huts on a few dollars per day. It was not an emotional or moving experience.  It was thought provoking though.  We were there, not to make them richer, or more like us, but to fill gaps where that poverty becomes a real problem.  In this case for the deaf and disabled.  See tswtblog.wordpress.com/normality for that story.

The energy consumption per head is a fraction of ours in the West.  It is rising and broadly we can’t and shouldn’t stop that.  I saw a lot of cars, tuk-tuks, lorries, buses and motorbikes, but relative to the population, still not many at all.  The houses I went into typically had one light bulb, perhaps a fan, in one case a fridge albeit one shared by several families, a village fridge, a bit like a village pump.  I also came across the village mobile phone.


There is a whole piece in those observations and what we think of as needs. The consumption gap is wide and will close. I expect Africa to make the same progress while the population there grows too.  Growth in China has slowed but actually still continues, “slow" being a relative term.

I wrote this just as the Paris climate change conference opened a few weeks ago. The agreement seems, by general consensus with a few dissenters, to be a good foundation which needs more work and continued intent.  It was a tough agreement to reach, the product of failure in Copenhagen and long negotiation before Paris.  Following through will be a lot tougher still and take a long time. 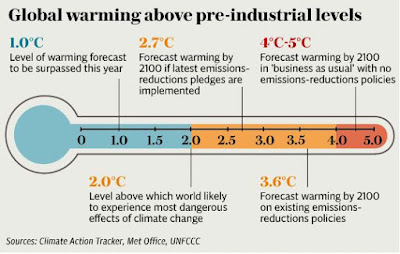 Many reading this will know about change and how it is much better when one does it to one's self rather than having it done to you, being in control to the extent that one can be.  The current normal, one that assumes the world can contain 10 billion people who can consume energy in a way that will tend towards the way we do in the West now is not credible.

There will be change.

The new normal will be very different to the current normal. We can do it deliberately, under some level of control, or not.  There is scope for disorder and chaos if we allow it to just happen. 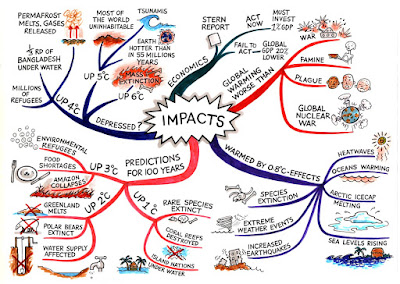 That is not something I will explore here,  it will take too long, but it is something we should ideally avoid and at least contain.  I suggest we start now. 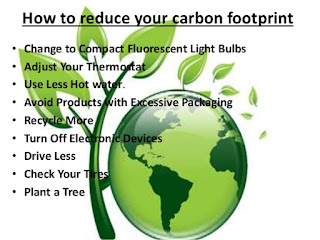 We could always have a cull I suppose.  That’s the other way.  Humans tend to do that every so often.  Especially when resources become scarce. We call it war.  I am not a fan of that.  A little coal dust will be the least of our problems. 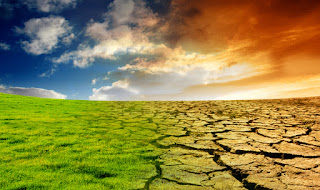