Today's contributor is Brett "Fish" Anderson, a man with a passion for people (especially his wife Valerie), God and life. He lives in Cape Town, South Africa and is actively involved in Media, after having originally trained as a teacher. He has a stuffed dolphin called No_bob - it would have been called "Bob", but it doesn't, you can see No_bob on Brett's Twitter profile picture). He is a poet, an author ("i, church" was published at the start of 2015), a devout Christian and blogger (you can read his thoughts on  Irresistibly Fish ). Brett was tagged into the invitation to join the series by one of last year's contributors, Trevor Black. Like Trevor, Brett is active on Twitter, often playing hashtag games to add a little delight, relief and silliment to the world, his handle is @brettfishA. Brett's piece is honest, open and raw but full of love.

According to Wikipedia, a short-period or periodic comet is one that is 'generally defined as having orbital periods of less than 200 years'.

That statement feels like a kick in the face as i think about my best friend fighting for his life in a hospital bed, having just been given weeks to live.

In the distance a comet shoots past. 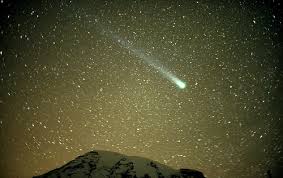 Actually, talking has been one of the hardest things of all. Knowing what to say - there are no words. Trying not to say anything stupid or hurtful or meaningless.

Trying to make the most of every last moment of connection - why does it take someone's imminent passing for us to jump to a place of making every moment count?

i take a moment to gaze at the comet, knowing that this moment might be all that i have as it will pass out of my sight and quickly disappear, at least to my naked eye. It is beautiful. 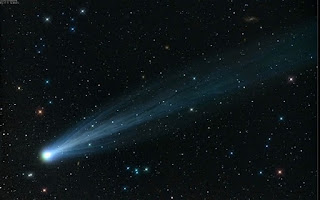 As is my friend. A life so well-lived and yet now cruelly cut short. When i am not around him my mind continues to flash back to moments that we spent together - happy memories, incredible connection. This guy is not just a friend. He is one of the friends. He was there besides me on the day and at the moment that i got married to my beautiful wife. Oh happy day that was with no hint or idea of what was to later sneak up and viciously attack his body.

The comet is dying. It is jettisoning gas and dust at an incredible rate. But it is not that which is lost which catches my attention. It is that which is.

So it is with Rob. The cancer is the reality. But it is not our focus. Our eyes are drawn to the man, our minds are taken up with stories of how he lovingly and selflessly served those around him. How he loved his wife, family and friends well. How he continues to. Our sight is taken up with him. The community of people who he gathered together and lead so well. And leads so well, even in his sickness. It is on sporting moments and wild laughs and 3am rescues after a failed prank gone horribly wrong; on playing his guitar or passionately preaching; of gently rebuking and open-mindedly dreaming; early morning breakfasts and coffee; shared secrets.

I look again and the comet is gone. A brief moment of awe and amazement at such a stunning celestial body. A moment of interruption and seized attention.

The comet is no more. To my naked eye at least. And there will come a time when my friend too will pass. But he will not be gone.

For he has left a much deeper mark on me than that. 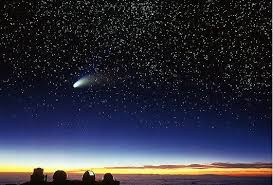