Today's post is by the awesome Wae West. Genna-wae Webster, known as Wae West, lives in Durban, South Africa. She is inspirational, creative and brave. A pioneer in fashion and creation (she is Director of SAM (South African Made) and specialises in lingerie and novelty garments under the WaeWest, Hoodwink and Miss Muffet brands - all of which source local materials, designers and producers under a co-operative model. Wae also is responsible for a retail concept with a flagship store in the Umhlanga Centre in the Rocks area in Durban. She is a regular blogger and user of social media to share her views and thoughts, (Her Twitter handle is @waewest) and she is about to launch a Vlog. She is fascinated by change, evolution, truth, challenge and escaping convention - as you will see if you read her blog, NoWae.

Trail blazer, celestial body or long-haired star, are but a few names we can use that epitomise a comet.


We live in a topsy turvy world, where nothing is as it seems.  Everything that is supposed to move forward, goes back. We are regressive more often than progressive.  War means starting a war to keep war at bay.  A war on terror evokes fear in the innocent lives who have to live through it. 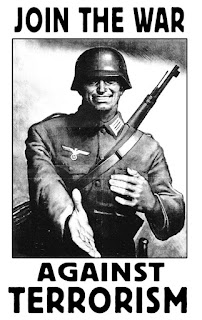 We are still very much that barbaric species that pillaged villages in ancient times in the name of a great ruler or deity.

All that has changed is he who ranks highest in scientific advancement, rules.


I bet flying over our Earth every couple of years, or decades, even centuries must make anyone want to SMH.  The stars around us are quiet observers of our fate.  With passing traffic from fly-by wonders like Halley or SOHO rolling their metaphorical eyes at us as we evolve but do not change. 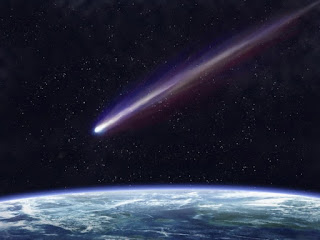 We live in a world where we forget to look up because we are too busy looking at our past or ahead to our future.  The only "now-living" we are doing is by inducing our own voyeurism as we scroll through timeline feeds from one social media platform target to another. 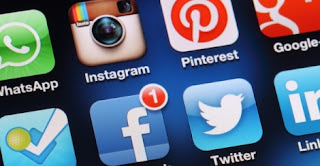 A mere distraction from the pressure of life.  We don't want to take any chances to truly live in case we fail.  And yet this dimension we are in, has such beautiful potential to provide us with the instruments to link up every man, woman and child to one another in a web of collective consciousness.

But a new type of heavy lifting enters our path in the form of burdens of the soul and not the physical weight.  Reign of terror and images the like, cloud our lives on a daily basis, deterring us from a love-soaked psyche.  Our elemental world connects us still at our core, its just a little tougher to see through it.  We are not so much, "if you cut me, do I not bleed" but rather, we ALL bleed in synchronicity. 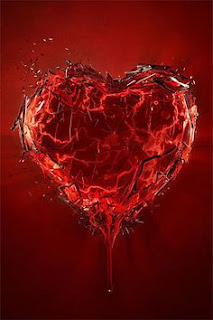 With science fast approaching more discoveries in the spiritual plane, where it's not even as much as 6 degrees separating us anymore.  Having 75% of our bodies made up of water, it's no wonder that something as influential as the moon has an effect on us.  With its tidal manipulation, our bodies are mere insect-sized vessels by comparison.  It's becoming more obvious that even men can get what I call FMS (Full Moon Stress) much like the female PMS, only brought on by the full moon. 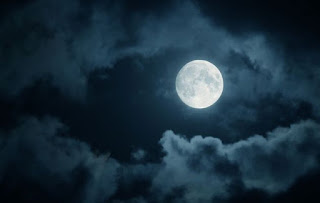 The earth is just a spec in this universe. One would be incredibly arrogant and ignorant to assume we were alone in this big wide 'verse.  Even today the power of the stars plays a major role in the destiny of our lives.

Harbingers trail the night sky, bringing with them messages from God knows where.  Ancient cultures saw them as illusionary messages from a sorrowful woman towing her long locks behind her and even symbolic of a sword sparking murmurs of impending war.  Prophecies like Sibylline Oracles and the Babylonian "Epic of Gilgamesh" stem from the comets tracing the night sky.


My theory is comets are meant to lasso us out of the quicksand in our life.  Those moments when we are just existing.  When we need a little cage rattling done to awaken our souls, that's when we are are tugged out by our wrists.  It may seem a bit like a rebirth.  These night sky dancers bring with them a forced change.  We are shocked into submission and if we don't submit to the change we may die defending our old regime.  The illumination that comes from this passing stardust has torn down great leaders like Julius Caesar and Napoleon Bonaparte, both meeting their demise as comets trailed overhead.


Whether we observe slain leaders or celebs, the myth of celestial objects such as these is they are generally closely linked to major natural disasters like storms and earthquakes, which again, is really just another way to shake us up a little and cleanse our life, dusting the clutter off our path.  There's nothing like being set free from the mundane.


So I say it again, the world is an upside down mess.  You can do no right, because you can do no wrong.  Our values are measured on a society we live in and not the foundation of our spirit.  We think with heads more than our hearts.  All hope is not lost, but I do sometimes wonder if comets were intergalactic public transport, would there be a bunch of aliens from all over the galaxy ridiculing us as they passed by us like we were just another fun fair filled with freaks. 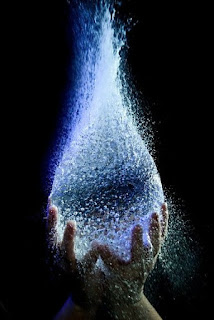