Of Nice and Men

Day 34 (Sunday 3rd January 2015)
How are you enjoying the first weekend of the New Year? I am off to West Sussex to visit friends.

After the rush of the past few weeks, it is good to sit quiet and contemplate. This reflective post by Tim Scott hits the spot. Tim is Head of People and OD at the charity Brook, based in Liverpool and winner of the HR Management category of the 2015 Charity Times Awards. Tim is a social media adept - active on Twitter (his handle is @TimScottHR), he blogs (his site is  , but he also writes guest posts for the CIPD and for HRD (HR Director) magazine, and he has even co-authored a book on "Putting Social Media to Work" and future-casting the world of work in a decade's time. Tim has an active life IRL - he is a devoted father, husband and a music-nut. He often brightens people's timelines through his quick wit, repartee, sound advice and music recommendations.

It feels to me like 2015 was a year of austerity and blame, celebrity and social antisocial-ness. All too often, what marked us apart was given more attention than the things we have in common. We saw it demonstrated time and time again that people are complex, messy and unpredictable. 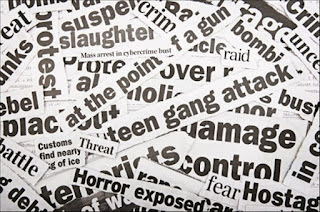 As we go about doing our daily stuff, we all leave trails in our wake through our actions, interactions and lack of action - like a comet's sparkly tail streams after it and coal leaves behind a dirty, powdery dust. The theme of this year's Advent blogs made me wonder whether, in this time of supposed mindfulness, we are really mindful of the trail we are leaving - and particularly the impact it has on others? 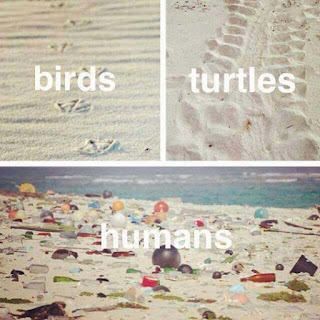 What I see on a daily basis suggests that not all of us are. For example, just a few minute ago I was walking to the station to catch the train I'm currently travelling on. Two men passed each other on the pavement in front of me, walking in opposite directions. Neither moved completely out of the others' way and they ended up catching each other's shoulders awkwardly. What surprised me most was that neither even broke their stride: without a backward glance, they carried on walking.

This was hardly a life-changing incident - I imagine similar things happen thousands of times a day - but it was quite a forceful impact and for neither party to apologise or even acknowledge what happened didn't feel right somehow. Maybe I'm old-fashioned on this kind of thing but it all felt a bit, well, "not nice" as my kids would say. 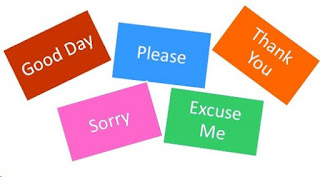 "Nice", is a seriously underrated attribute in my view. We see "nice" as being almost an insult sometimes, suggesting something insipid or just OK - particularly in business and management where we still regard Sir Alan Sugar's pantomime baddie act as something to aspire to. 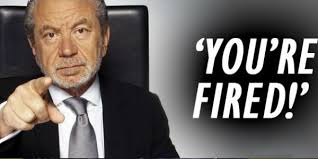 Personally, I regard being called nice as a compliment. I remember being involved with a disciplinary dismissal years ago and as I was escorting the unfortunate ex-employee from the premises, she thanked me. I said, somewhat incredulously, "why are you thanking me? We've just dismissed you!" She said "Yeah, but you did it nicely". 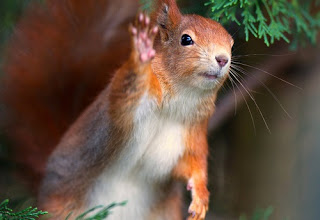 Not every dismissal I have been involved with has gone quite so smoothly but that's an occupational hazard for a whole other blog...

My ultimate point I guess is that sometimes HOW we do stuff is as important as WHAT we do in terms of the impact on other people. In our day-to-day interactions, we can choose the how, even if we can't choose the what. Would it have hurt those two guys to have apologised to each other? Certainly not as much as the initial impact must have - and it might have eased the glowering look on the face of the chap coming towards me. So my challenge is, as we enter the start of the New Year and look back on the old: what is the impact you are having on the people around you? What trail do you leave in your wake? As someone said at a conference I was at recently, "Do you light up a room when you enter it - or when you leave it?" Are you sprinkling magical comet trails or depositing sooty coal dust? 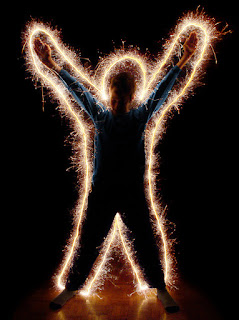 P.S. Apologies for the appalling title. Sometimes once I think of these things I can't get them out of my head. Just like you are probably now singing Kylie to yourself. Sorry again. 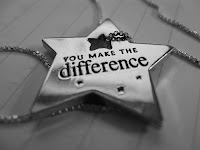