Not all those who wander are lost


Today's piece is written by Peter Cook, it looks at the highs and lows of his career and the year just gone. As he mentions below, he has been in business for 21 years (working in Pharmaceuticals, Academia and Consulting), but his life is and always has been inspired and interlaced with music - especially rock music. If you get the chance to spend and evening with Peter, ideally with his guitar and a group of friends, I would urge you to join him - you will leave with a beaming grin. Peter writes his "musings" in an engaging blog as well as writing for Virgin and he has been invited to write a book this by a leading business book publisher, having self-published some popular volumes himself. He is an active participant on social media (follow him on Twitter via @AcademyOfRock or catch one of his rock interviews).

I always enjoy the process of downloading what I’ve learned through the year with a view to uploading changes for the next year, finding the process cathartic and renewing. It’s one of the processes I’ve used for 21 years in business, mostly with my wife Alison, who patiently listens to the highs and lows of running a business.


I’m convinced that the art of reflection, learning and adaptation is one of the most important rituals that have contributed to my personal resilience and longevity in a world where the half-life of most businesses is in free-fall. 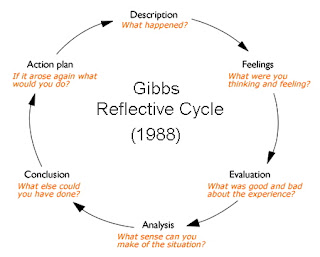 In recent times, I’ve been able to give Alison some respite from this reflective practice by sharing my hopes, fears, fantasies and nightmares in the full glare of the world. 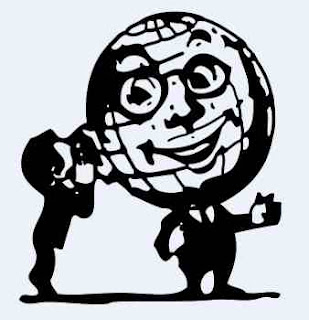 The process of downloading and uploading is a cathartic ritual that helps build an adaptive organisation, whether you are a small business or a large one.

My background as a scientist instilled curiosity and the understanding that most of life is a series of experiments.  It has been very good for my life as a musician and even better now we live in an age of disruptive change. In a VUCA (volatile, uncertain, complex and ambiguous) business environment, life in a business requires perpetual change and experimentation to find new focal points. This is a subtle but important difference than a “random walk” which can leads to fad surfing and a lack of consolidation of your value. I’ve probably been involved in what I call “strategic improvisation” for at least 10 years, through one of the deepest recessions for many decades and, at last, some of the results are beginning to show from what I did when there was not much to do in terms of paid activity during those times. 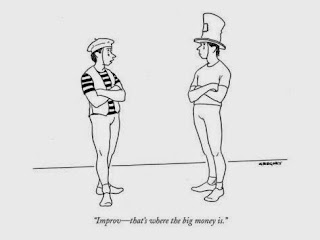 People tell me that much of my longevity as a business comes down to collaborations and connecting the dots between people, passions and purposes. After winning a prize from Sir Richard Branson, for my work on leadership, last year, this has flourished, through some deliberation and a bit of luck, into writing for Virgin, gaining an interview with Richard for my new book with Bloomsbury and, more recently running events, which blend business excellence with music in Branson’s Virgin Money Lounges, giving me the good fortune to work alongside Class A rock stars and discover their insights into business, life and the universe. I have also forged a partnership with the awesome Ted Coiné (awesome is not a word that I am drawn to as a Brit), but he does deserve this tag with his exclusive network Open for Business. 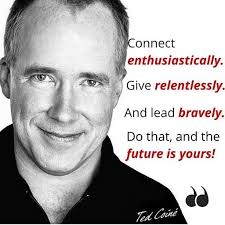 This year has finally been one when a number of businesses have started again to use the services of external people after many years of simply treading water whilst people halted projects or suspended the use of outside people to contain costs.  We’ve been fortunate to deliver a range of projects from HR reviews, facilitated strategy summits to leadership and innovation conferences for companies as diverse as FujiFilm, Pfizer, Roche, University College London, Bentley and MSD in the UK, Ireland, Italy, Greece, Denmark, Germany and Poland.

I believe that we work best when we do what we love. In my case that means occasionally doing things that some people tell me are dream jobs. Amongst the private joys I’ve had in 2015, I’d mention these:

1. Taking Robert Peston to a P-Funk concert with George Clinton and subsequently writing him a song for his departure from the BBC in support of Cancer Research UK. Check “Pestonomics” out here:

2. Interviewing John Mayall, the Godfather of the Blues, Prince’s sax player, Marcus Anderson and Prince’s first lady, Sheila E, about flow, improvisation, music and a range of other topics. I was delighted to find that Sheila had read one of my books “Sex, Leadership and Rock’n’Roll” – just an incredible result from networking. Check Sheila’s interview out here:

3. Performing on stage at London’s Borderline with Bernie Tormé, Ozzy Osbourne and Ian Gillan’s guitarist. Bernie was extremely kind in crediting me for having helped him restart his career, a great honour and a privilege for someone who takes no prisoners.  Here’s the 3 minute rehearsal:

4. The greatest love of all was recording four songs as a tribute to my good friend Bill Nelson, who has inspired the likes of Kate Bush, David Bowie, Brian Eno, Brian May. Bill has been a constant source of inspiration and wisdom for over 40 years of my life and remains to this day a permanent flame when the lights go out. Check out our song “Crying to the Sky” which was itself an homage to Jimi Hendrix and one of my earliest musical influences “Adventures in a Yorkshire Landscape”, written about Bill’s home area. Recording these songs was not an idle adventure. It introduced me to Robert Craven, Virgin author and business speaker, also a Bill Nelson nut.

One big disappointment came via a small business owner who showed up in a Bentley to ask me for some friendly advice in transforming his career from a recruitment boss to a personal development speaker and author. After some analysis I told him that, whilst his transformation was not impossible, it would be a vertical climb from his current business and that he needed to operate from his existing expertise base as a recruitment business owner.

He said he was willing to do the work and I assisted with some mentoring to help him reach his goal. However, he had also approached a "branding and social media guru", who advised that there was a much easier way to achieve his transformation. She told him the answer lay in simply creating a website and a series of social media banners for his new enterprise. She also advised him to adopt the "spray and pray" approach to social media, buying Twitter followers, etc. He followed the “guru's advice” as it was easier but it didn’t work. Moreover shortly after his visit he told me that he had gone bankrupt and could not pay me for the work I’d done. Later on it turned out he was caught pimping his young girlfriend out at a hotel. I have never had a bad debt in 21 years, nor dealt with a man with a Bentley who turned out to be a charlatan. Well, we live and learn I guess!

Having come through the recession over 8 years, I come out of it having refined what I do, branded it, become much better networked and with a range of artefacts to show for my efforts, the most precious one of which is a major new book called “Leading Innovation, Creativity and Enterprise” for Bloomsbury.

Of course, I am 8 years older into the bargain and this occasionally worries me as young things can see such people as irrelevant in a workplace that values apps over application and wisdom.


To survive in business in an adaptive environment requires improvisation, curiosity and the willingness to learn new things without becoming distracted by every shiny new thing that passes you by. As an improvising musician and scientist I feel up for the challenge. Tonight as I finish writing this I am off to the after party at the Assembly Halls in Tunbridge Wells with Mel C, Spike Edney from Queen, Graham Gouldman (10CC), Cheryl Baker (Bucks Fizz) and Madeleine Bell of Hot Chocolate, having just received a personal invite to the show from Patti Russo, Meatloaf’s singing partner. I was blessed to meet Patti on a pavement smoking a fag a year ago without having a clue who she was. She was kind enough to credit me as playing a part in her reinvention after Meatloaf gave up live performances. I guess this goes to show that being young at heart is what really counts and not all those that wander are lost … 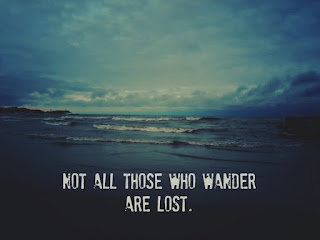 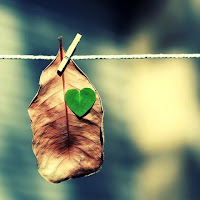