I am on vacation with my family in Croatia. Last night we were about to head into Zagreb to find something to eat, and my husband and I were waiting by the hotel reception for our sons to join us. Seeing us there, the helpful receptionist asked me what time we would like breakfast in the morning and whether we wanted a cooked “full English” or a “continental”. I sent a text to the boys asking what they wanted and messages passed to and fro for a while, with me informing the receptionist of their requests, until my eldest typed that he could hear the relayed discussion, as he was seated just out of sight in an alcove. This prompted me to say aloud that, given that he could hear the conversation, it would make better sense for him to come and join the discussion rather than our continuing to SMS each other. 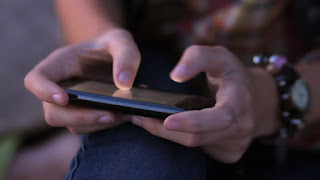 A delightful Canadian lady standing nearby burst into laughter at this and commented that she had teenage sons and so understood.

At breakfast this morning (without the boys as they had overslept), we found the Canadian couple seated at a table near us and so we exchanged pleasantries and then fell into conversation. They are both voice-over specialists – he an actor and she runs an agency (which is how they first met). He specialises in cartoon voices (it’s not every day that you speak to a rock star of the animated boulder variety). We chatted about the day being the anniversary of Bambi’s initial release in the UK (back on 8th August 1942) 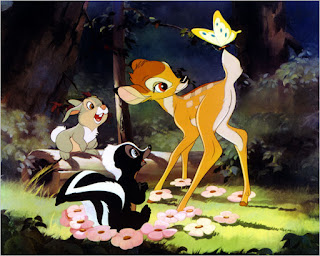 and that the voice of Bambi had been provided by a chap called Donnie Dunagan, who later went into the US Marines. Throughout his distinguished military career Mr. Dunagan never told a soul about what he had done as a child – it is only now that he is comfortable speaking out – perhaps it was this discussion that triggered my thoughts about people’s perceptions and hence the theme of this post.

Returning to the breakfast discussions – the couple explained that this was their first trip abroad without their sons. They had come to Europe to celebrate her 60th – he had arranged for them to assist at the 20th World Body Painting Festival in Austria, which was held in late July – body painting being an art form that they both appreciate.

They were responsible for calming contestants prior to judging and making sure that things ran smoothly behind the scenes – certainly a memorable way of commemorating a milestone birthday.

Body painting is an extraordinary art form so transient in itself, although photos remain once the paint and brushwork has been washed away. As a modern art form it has its roots in the 1960s with Veruschka (AKA Vera Lehdorff) being viewed by many as the godmother of the modern movement.

Body painting, which entails disguising or transforming a model through paint, is a laborious process usually taking over eight hours for the finished artwork to be completed and at least 40 minutes to photograph.

It is usually an illusion, transforming a person into something else, but also a way of expressing or making the viewer react, observe and/or think in a different way.
We covered many topics during breakfast (art, world affairs, politics, travel and parenting), and then moved on to careers. I really liked his tale of how the husband embarked on his career as a voice-over specialist and gained his influential professional mentor and so I will share it here…

Being gifted as a mimic and able to produce a range of sounds and voices, he knew from when he was a child that he wanted to be an actor and do voice-overs. Aged 16 he wrote to Paul Frees, who was recognised as being the leading expert in the field and even today is known as the “Man of a Thousand Voices”. He drafted a letter to him “Dear Mr Frees, I am writing because I wish to become a voice-over specialist…” then crossed this out and, on the same sheet of paper wrote “ This is an important letter, Dear secretary or assistant to Mr Frees, I appreciate that you probably receive and have to respond to many letters such as this. I admire Mr Frees work and wondered whether he would be prepared to offer some advice…” , he then scored this too out on the page and underneath commenced writing again “Dear Cleaner, thank you for un-crushing this ball of crumpled waste paper you have found in the trash. It was a letter to Mr Frees seeking his advice and guidance, but he is a busy man…” He then popped the letter in an envelope and posted it to Paul Frees in California. Frees wrote back saying “the cleaner gave me your letter…” Frees asked for a demo tape and said that if it was good he would try to help him but that if it was not up to the required standard he would not respond. Frees liked the tape and a friendship was formed with Frees acting as a mentor and valued advisor until his death in 1986. The impact of the letter composed by an ambitious 16 year old just goes to show how important first impressions can be. 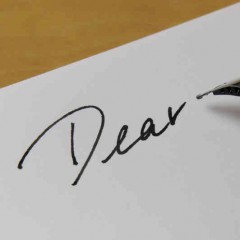 After breakfast we bid our farewells – the Canadian couple to continue their post-Festival tour of Eastern Europe, while I and my family decided to visit the Museum of Illusions here in Zagreb. There were no transformational body paintings, although there were a number of trompe l’oeil and other mind-baffling illusions. I enjoyed the Ames room, which tricks the viewer into believing that two people apparently standing in adjacent corners of a room are respectively a lanky giant and a fat midget – as demonstrated in this picture of my son and me. 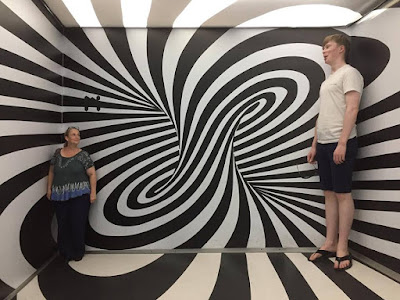 I have seen this used to great effect in theatrical shows – most recently at the excellent immersive show, Alice’s Adventures Underground, in London. Appearances are important, but perhaps not as important as knowing who you are, as Alice says to the Caterpillar in Alice in Wonderland: 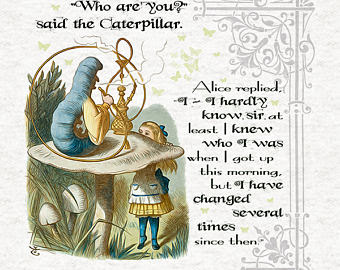 This leads me to a point made by Edward de Bono, when he was interviewed in the Guardian back in 2007 (it is an article worth reading in full):

I must confess that I rather wish that both President Trump and Kim Jong-Un would consider donning different hats (as recommended by de Bono); escalating aggression seldom resolves conflict and the current bellicose threatening of ‘fire and fury” does not seem to me to be likely to result in a positive outcome for any of us. But then, it all comes down to perception. 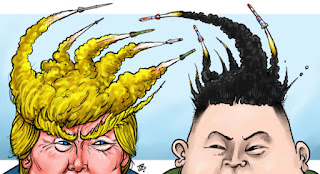 Posted by KateGL at 03:46 No comments: Links to this post