Raising a Glass to Workers and the Workplace

We live in a troubled world – appalling acts of violence relentlessly haunt the headlines and it is hard not to wonder whether 24/7 media coverage encourages copycat behaviour, adding to the problem. Recent atrocities include:

I was in France with my family at the time of the Nice attack, although not in Nice itself. Journalists approached us for comments. I don’t wish to dwell on the horror and reasons as to why anyone would decide to massacre so many – the driver in Nice knowingly slaughtered happy people, of all ages, races and religions, out celebrating La Fête Nationale Française. They were looking forward to watching the firework display on the seafront – I remain aghast aghast that a lorry should become a weapon of choice – my son treasured little lorries, they were his favourite toys when a child, always carrying at least one around in his pocket; until last month lorries held for me an innocent charm. 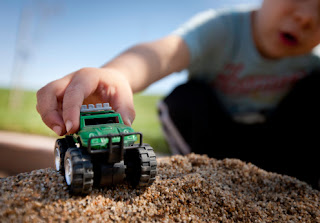 Despite the ghastly news in the press, we had a brilliant family holiday in France and I would like to write a gentle post that touches on the French and their traditional way of life. As many of you know, France is a delightful country. 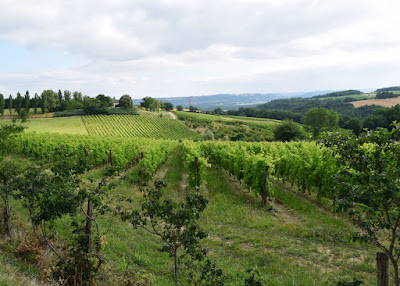 For our holiday we drove down the west coast, including stopping off at some of the most famous fine wine producing regions of the world – Bordeaux and the Loire. We had a wonderful time – glorious sunshine, excellent food, some superb family outings and memories, beautiful views, and a glass or two of very fine wine. France is famous for its food and drink; both take time and effort to prepare. So, in respect to the French, in this post I’ve decided to share some thoughts on the similarities between running a business and caring for its people, and the traditions of viniculture.

Wine brings to light the hidden secrets of the soul, gives being to our hopes, bids the coward flight, drives dull care away, and teaches new means for the accomplishment of our wishes. ~ Horace 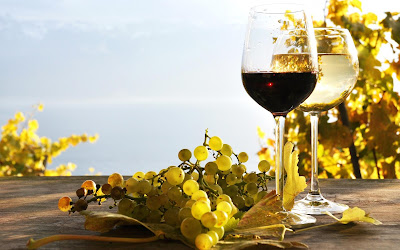 So, this is the first half of a two part series on things that we in non-oenological businesses can learn from the making of fine wine:

Firstly - You need the right environment in order to thrive - the soil in which a vine grows is important. Some grape types like limestone (for example Chardonnay or Malbec); others prefer clay (such as Gewürztraminer and Merlot) - the circle of blue, compact clay around Petrus, on the north east corner of the Pomerol plateau in Bordeaux, results in the most extraordinary rich and concentrated fine red wine; certain varieties grow better in chalk (Cabernet Franc and Sauvignon Blanc); or gravel (Cabernet Sauvignon and Shiraz).

The soil provides minerals that influence the taste - wines produced from grapes grown in clay have less acidity than those from vines grown on sandstone; silica can add a flinty taste to a wine – an example being the much praised Sancerre.

People are like vines, depending on who they are, they thrive better in certain environments as opposed to others and it helps to understand this – some individuals require a degree of disorder to be productive, research shows that mess often helps people be more creative, other may benefit from calm and isolation - an introvert, who needs time to contemplate their world, seldom enjoys being constantly trapped in the midst of a raucous crowd demanding his or her involvement and participation. However, some types of people need vibrant debate and input to help them form ideas - it is hard to collaborate in isolation. There are those who prefer structure, while others work better when given freedom to form their own rules and approaches to producing results. People appreciate being acknowledged and to be motivated, they, they usually need something more inspiring than money. For a person to over-achieve they need to appreciate what is expected of them and to be given the opportunity to shine. Feedback, done well, helps people, teams and organisations to thrive. If you are a manager and leader, you need to understand your people. You have a duty to provide an environment in which they can succeed and be their best selves. Likewise, if you are an individual, perhaps one who is job-hunting, try to comprehend the work environment in which you thrive, as well as the types of people you prefer interacting with to achieve results, as both of these factors will prove important if you want to be content and flourish in your role. 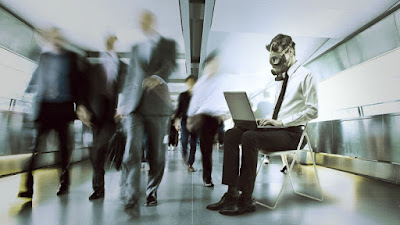 Odd though it may sound, it makes sense not to have things too easy - rich, damp soil does not produce the finest wines, as the grapes grown in lush conditions become plump but are usually tasteless – a harsher, stony environment, often set on a hillside, one which forces the vine to develop deep roots through which to gather a wider variety of nutrients, usually results in a finer wine. 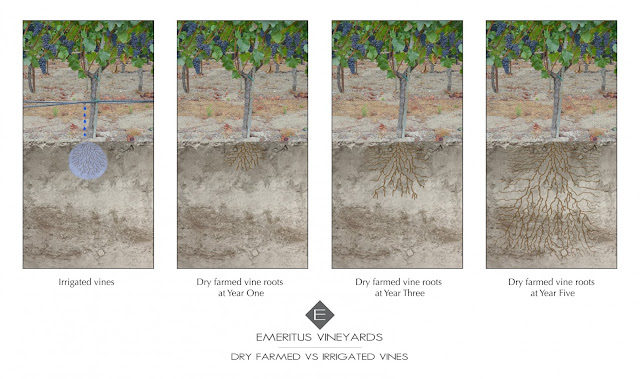 It was interesting when visiting Remy Martin in Cognac – we were shown a comparison of the soil strata for the fine champagne and champagne areas – the fine champagne had less topsoil. The terroir (as the soil around a vineyard is known) is best when it is apparently inhospitable – often dry and stony. It is notable that a good wine is often produced from a vine that has been deprived of water early in the season, as this encourages the production of grapes rather than leaves. People are the same – often when individuals are asked to describe roles where they have been successful and achieved their best work they describe situations where they have had to overcome obstacles and challenges. In our knowledge-based work environments, research shows that people enjoy roles that demand a degree of effort on their part and where their actions can be seen to produce results, rather than being expected to undertake easy but repetitive tasks that soon lead to boredom. This has proven to be a challenge in the Legal profession where certain client requirements are very similar and can be commoditised. Bright young lawyers become demoralised when asked repeatedly to undertake the same or very similar tasks – there is a place for robots to undertake some of the more mundane aspects of legal drafting. People benefit from a sense of achievement – as spotted by Murray when he defined his system of needs in his Explorations in Personality in 1938.

A good outcome can seldom be produced in isolation – It takes 10 bunches of grapes (on average) to make a bottle of wine. Although a single vine can provide enough grapes to produce the juice required to fill a 75cl bottle (that is 600 to 800 individual grapes, depending on size), it takes more than a single plant to fill a barrel (a barrel contains 300 bottles) or to establish a vineyard. 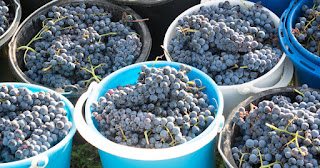 Increased complexity requires increased involvement - it takes 9 bottles of wine to create a bottle of eau de vie through distillation. Despite the trend in many Western economies to hark back towards craftsmanship and individuality, most of what we do today requires the involvement and collaboration of a number of people to achieve results. It was Adam Smith who described the division of labour in his Wealth of Nations – using the production of nails as his example – with the assignment of different aspects of the manufacturing process to various individuals to enhance efficiency.  This is still the way of business today - even in a knowledge-based economy labour is divided up, with individuals contributing ideas and collaborating to enable a desirable outcome. Artificial Intelligence and robots are becoming commonplace

It is worth bearing in mind that 47% of current jobs are believed to be able to be automated. Knowledge based working that could be automated includes:


Technological advancement does not always seem to reduce people’s workload – instead it often changes the nature of the tasks. This can also be seen in the work on a vineyard: much of the simple processes have been automated, with machines able to pick, sort and de-stalk grapes,
but at the same time new skills are required of the people working at the vineyard, for example to ensure that health and safety requirements are met; that suitable blends are attained with a degree of reliability that will ensure future sales; rather than being produced for local consumption, most fine wines are now marketed and drunk globally – I was surprised to note that the official wine for this year’s Tour de France was produced in Chile (mind you, so were the French wine producers). Not also not sure about the pun for a name, but it does go to prove that, like the world of work, the world of wine is more global in outlook than ever before. 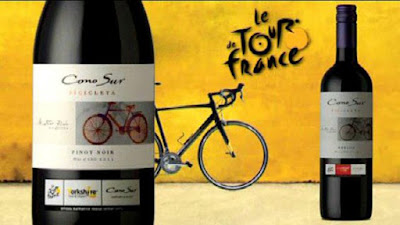 Be mindful of surroundings – Environment is important – wine gains depth and flavour through being stored in suitable barrels (for example Limoges oak that has been heat treated to add woody and subtle complexity) and in an even temperature cellar where the wine can develop without being disturbed. In 1943 the psychologist Maslow outlined his theory of people’s hierarchy of needs, in his paper A Theory of Human Motivation, he later expanded his list during the 1970’s to include cognitive and aesthetic needs. Vines, like humans, have basic requirements – water, sunlight, a suitable location in which to grow and nutrients to sustain them (just like us). However, so long as the fundamental requirements are met, the terroir (the place in which a vine develops) can play the most important role in the creation of a distinctive wine. Environmental factors that affect a crop’s qualities make a difference to the wine produced. For example, the ground in which a vine grows can aid ripening and hence flavour (chalk and sandstone, being white/pale, reflect sunlight upwards from the ground, so that grapes get a double dose of light and warmth (from above and below), this is useful in cooler terrains where, without the extra boost, the grapes would remain hard and astringent.

For an ideal wine, the grower wants the grapes to reach phenolic maturity – that is when the skin, seeds and pulp all achieve ripeness. A ripe grape is sweeter, has less acidity/a higher pH, which softens the tannins and creates a smoother, silkier wine. People are the same – research shows a clear link between access to sunshine and daylight and enhancements in the quality of individuals’ work and health. It is believed that 47% of workplaces in Europe do not provide employees with access to direct daylight. Given that it is now proven that people perform best and are healthier in a location where they have appropriate lighting, good quality air, the ability to change the temperature and humidity, I suspect that it is only a matter of time before we see workers demanding these as a right and taking employers who fail to provide suitable workplaces to court for compensation. 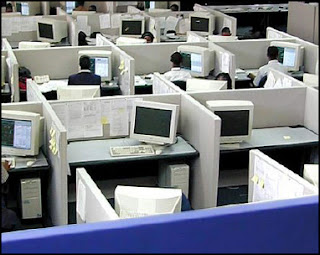 I hope the above observations have inspired your thinking about the ways we work, the second part of the series will be published within the next few days. Perhaps, next time you raise a glass, it will make contemplate the ways of working and the workplaces we have created and see them through a different lens for, as was stated in the Rubáiyát of Omar Khayyám:

The wine-cup is the little silver well,
Where truth, if truth there be, doth dwell. 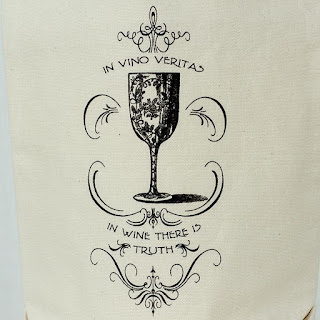 Posted by KateGL at 11:34 No comments: Links to this post