Day 48 (17th January 2015)﻿
Todays' post comes from Deborah Rees, the Director of Consulting at Innecto Reward Consulting (which she co-founded in 2002). Prior to working in consulting, Deborah worked for M&S and the Nationwide Building Society.  She is one of the UK's experts on Reward and writes informative books, blog posts and articles on the subject. We first met via Twitter (her handle is @deborah_rees). She is a "West Country" girl, living in Wiltshire (in the south west of the UK) with her wonderful daughters.

I read a blog the other day*. About how you can’t have everything. You can have sanity, a clean house or happy kids. Or a big career, health and well-being but not work-life balance. You get the picture. Perm two from three. So what’s the forced choice I’m making? And more importantly, what is the choice you are making? Sometimes it’s very hard to even see the corners of the triangle or decipher what is written on them because it’s so long since we looked. 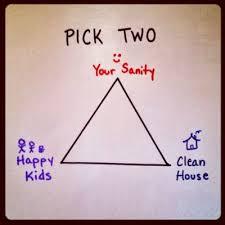 At this point in my life I’m poised on the edge of one life and the cusp of a new one.  In the gap between two trapeze. 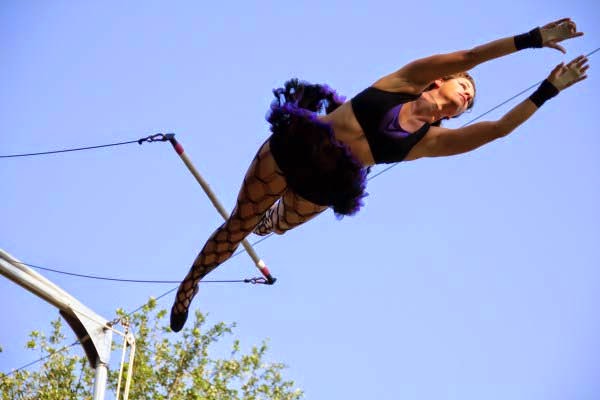 I’m not married anymore and my daughters are on the brink of fledging into their own lives, nearly grown and gone – this might already have been our last ‘family Christmas’. So the choices on my triangle are about how I create the blueprint for the rest of my life. Or at least the next few years. Career, new relationship, independence.  It doesn’t feel like I can have all three.

With the spontaneity having older independent offspring offers, I recently took the chance to visit old friends for the weekend – it was an unexpected trip, so perhaps I saw more into their lives than I might have done with extra planning. The house was very full of stuff, a bit stuck - as though they had stopped seeing their home as somewhere to nurture them and a place of peace. It was overwhelmingly filled with relicts of younger childhood lives; old board games and faded artwork. Definitely not reflecting who they were as a family now. I wonder what other parts of their life feel stuck too.  I’m not sure they could see the corners of their triangle, or consider whether the choices they are making every day are still the right ones. A decision to neglect their teenaged children and skip out to the pub for supper felt like a delicious escape – and yet they have that choice more often than they perceive.

I can feel hemmed in by the choices I have to make – but by actually looking closely at them, and weighing up what I’m choosing to have, and choosing not to have, they can become a route to examining life from a different angle.

By looking carefully at the choices I’ve made without thinking, it gives me the opportunity to look more carefully at what I assume I have to give up. And dust off the corner of the triangle I’ve not considered for a while and weigh up whether I might like something different. This isn’t about compromise – a half-tidy house, slightly miserable kids and slightly sane parents doesn’t work either.


The triangle helps me to decide – and then ‘lean in’ to the choice – and sacrifice what I’ve chosen against without regret.

Life changes around us, but sometimes it’s hard to notice – day to day. It takes a constructive effort to review and decide if those choices made then are right for now. Maybe the occasional night of having a clean house and unhappy kids is worth it. 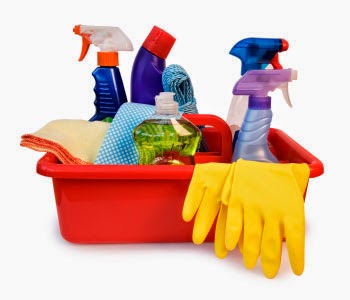 Or just go to the pub instead.