No Longer Disorientated in the Haar - Day 34

Well, we are now into the first weekend of 2015 and the Advent pieces are still flowing in. I hope you are enjoying them as much as I am.

Today's post is by Sandy Wilkie. Sandy is a well known voice on Twitter, his handle is @lizardvanilla, where he tweets about music, workplace, history, football, creative writing, food, fine wine and whisky and some very out of plaice fish puns (occasionally very finny). Sandy has nearly 30 years' experience working in UK private and public sector organisations (most recently as Head of OD at the University of Glasgow). Sandy is a talented writer, you might like his geo-Writing pieces

"When the mid-morning comes the sky is the colour of flowering linseed, a pale-blue hint of the full colour to come. Sometimes there will be clouds stretching, tearing, scattering patterns across the fields." - Jon McGregor, 'In Winter The Sky; Upwell', This Isn't The Sort Of Thing That Happens To Someone Like You (2012)

Authors who set their stories within geographical & literary landscapes have always captured my imagination. From the imagined reality of life on the Fens (Graham Swift, Waterland, 1983) to the more recent landscapes of Argyll (Alan Warner) or East Anglia (Jon McGregor). Framing stories within the landscape creates the opportunity for that connected & poetic 'sense of place'. And sometimes this is soundtracked either overtly by the author, or in my imagined sense of reality.

One contemporary storyteller who brings paths & perceptions to life is Robert MacFarlane. His intriguing short work 'Holloway' (2013) explored the lost deep paths of Dorset. Evocatively illustrated by Stanley Donwood, better known for his graphic album art for Radiohead, the book retraces the tracks of past travellers.
But it was MacFarlane's longer book 'The Old Ways' (2012) that I opened again to spark this advent blog. In particular his seventh chapter 'Peat'.

MacFarlane describes his walking journey to trace Clachan Mhànais, 'Manus's Stones', across the peat-draped interior of the Isle of Lewis. A path imperceptible on maps, is only a series of discreet boulders and small cairns marking a safe route across the boggy landscape from the coastal township of Aird Bheag to the summer shielings.

It is better preserved in the memory of local inhabitants than in the physical landscape of reality. Resting beside the Dubh Loch beneath the north face of Griomabhal, MacFarlane searches for Manus's path for almost two hours before his eyes click onto a subtle cairn sequence across the peat and gneiss landscape. His patience with viewing the landscape from different angles is finally rewarded. The path leaps from a background blur into sharp focus; his perception of the landscape turns as it were a camera lens. It's almost an epiphany.
How many of our own career paths have lazily followed the mountain tracks resurfaced by National Park volunteers or the little neat tracks created and worn by travelling sheep? And what happens when these career paths peter out due to life events such as corporate downsizing, redundancy or illness? Do we have the resilience to cope with being on the edge of a boulder field, lost and unsure how to proceed? How can we find that moment of epiphany to see the way ahead ?

My own career followed sheep-trodden paths for 29 years. I smelt the mountain breeze and followed where my intuition took me. When the path ahead forked, I chose what looked the most interesting route across the heather and down by the silver birch trees alongside the burn. 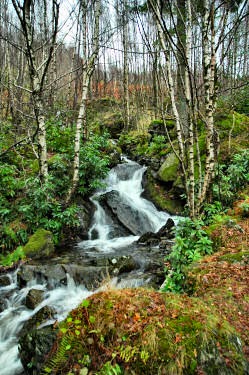 And so I proceeded from my Geography M.A. degree into Cartography, Map Research, IT then Human Resources. After 14 years of traversing the Glen, I took a compass bearing in 1999 and equipped myself with a PgDip in HRM to start to climb higher. Onwards I strode from the private sector to public; higher education and healthcare. Then, near the pinnacle of my career, in March 2014, the path suddenly stopped as the mist descended on the hill. 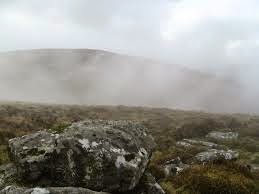 Illness, contract termination, unemployment for the first time in my life. How could I possibly find an epiphany when weather-bound in a strange silent landscape? 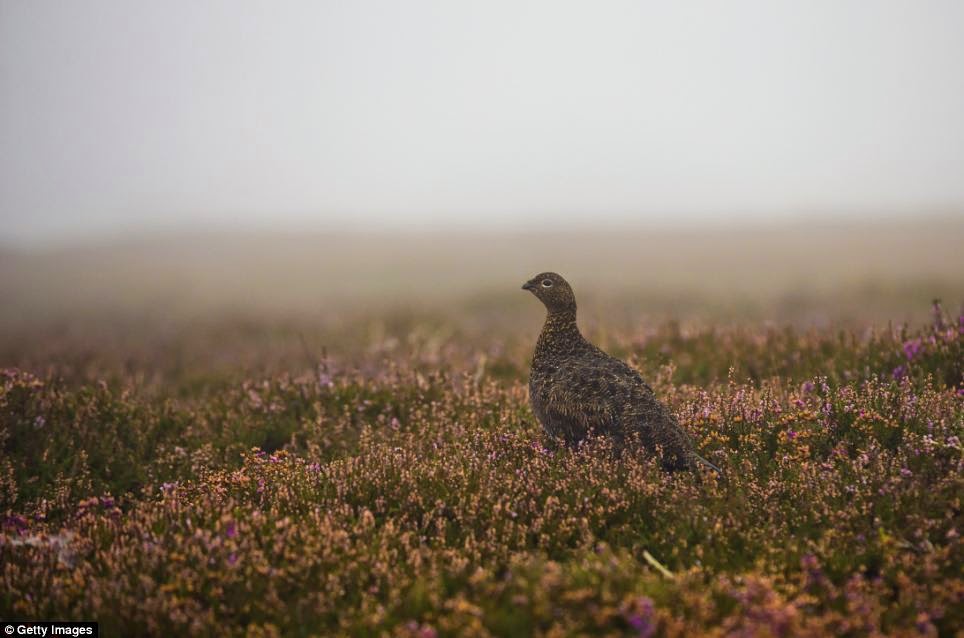 Like Robert MacFarlane, I stood there frozen. His two hours became 5 months for me. Paralysed, almost unable to scan the landscape for clues. But with medication, support from friends and rediscovering the beauty of walking in nature, my self-confidence slowly seeped back. One morning in September, I glanced at the path behind me; realising I had been wronged by the University of Glasgow, I summoned the courage to launch retrospective legal action.

I scanned the hillside ahead and my own epiphany dawned. Picking out the path to the summit by the tufts of flowering wild thyme, I could see clearly now. I have turned my back on a full-time corporate HR role; my future lies in part-time associate work for a creative company, coupled with charity projects and other side interests (eg. cooking, whisky, writing, craft beer). The summit I'm now aiming at is about love; both acceptance of myself for what I am (a bit daft, randomly creative, passionately held beliefs, but with humility) and deep love for a wonderful woman I have met.

My physical path is taking me to the mill villages of the Rossendale Valley, East Lancashire, in January 2015.

My perception is that this is the most exciting chapter of my life, this final section of my life journey now stretching out to the horizon. At the age of 51 I have learned from the paths I have drifted along. Now I have a compass (love) and a walking companion in Sharon. I can see our destination and I know the journey will be fulfilling; our own Clachan Mhànais has appeared in sharp relief. 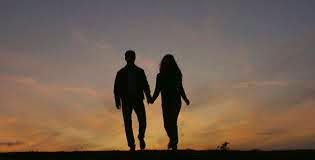 So this blog began in the abstract landscapes of East Anglia. It's departure point is in the lands of my maternal ancestors, Argyll:

"From up there you could see all that land; from the Back Settlement westwards where the railway moved into the pass, following the road toward the power station, the village beyond where the pass widened out towards the concession lands. Birches clustered in sprays where the dried-up burns dipped into the streams....Flickers were coming off the loch and the massive sky seemed filled with a sparkling dust above those hot summer hills, fattened with plants and trees." - Alan Warner, Morvern Callar (1995)

What started out as a random career journey of one walker along the sheep paths, has become a clear journey to the summer shielings with a truly wonderful soulmate. For if our careers are to be fulfilling, they have to have the solid foundation of real love at their very core. I'm pleased to say mine now has. I am in a state of mindful peace as we walk hand in hand.