The Paths Of My Upbringing - Day 37

Today's post is by Keith Gulliver, whom I first got to know via Twitter (his handle is @KeithGulliver) and through his piece in the 2014 Book of Blogs - This Time It's Personnel. He wrote a great chapter about wearable technology and its impact on HR. Perhaps his choice of subject matter was not surprising, given that he works for IBM in Talent and Workforce Planning. Keith is an avid follower of Pompey (Portsmouth Football Club) and writes a regular football blog (Being Blue Through and Through) and also a less active one on cricket (Memories of Bowerchalke Cricket Club). He is also a frequent commentator on HR.
******************************************************************

I grew up in a small village outside of Salisbury, an idyllic picturesque place in what is known as the Chalke Valley.

There was a school, a shop, a post office, two public houses, a church, a chapel, a village hall, vast acres of farm land and a river that slowly wound its way from source springs and on to the sea.


In the Summer the villagers played and watched cricket and in the Winter it was football. Victories and defeats were celebrated with opponents in equal measure at the main village pub. Everyone knew everyone.

Although the population was small the village itself was spread out over a relatively large area, houses clustered around a number of different farms between the flood plain and the chalk downs. The church was separated from most of the village, history told us that was due to the Black Death forcing villagers to abandon their homes and move.

A story for another day perhaps.

For me and my friends the village was our adventure playground. In the Summer months we would spend many a carefree hour exploring: searching farm buildings; looking for old bottles in forgotten rubbish dumps; climbing trees; traipsing along the banks of the river, fishing for trout; building camps; lighting fires; and apple scrumping.

With hindsight it wasn't always the safest of playgrounds! Sometimes we felt the wrath of an angry farmer when we trampled in places we shouldn't have. As we explored we looked after each other and guess what? We survived.

We survived and we learned together through our experiences.

Instinctively we knew all the different footpaths, bridleways and ancient farm tracks just as our parents and grandparents had before us.

Sometimes my Dad, the local plumber, would allow me to join him in his work van on a trip high in to the downs overlooking the village, a place I would never normally venture to. Perhaps it was to fix a remote cow trough, check on a farm pump house, measure water levels in one of the farm's reservoirs or record rainfall in his little notebook. 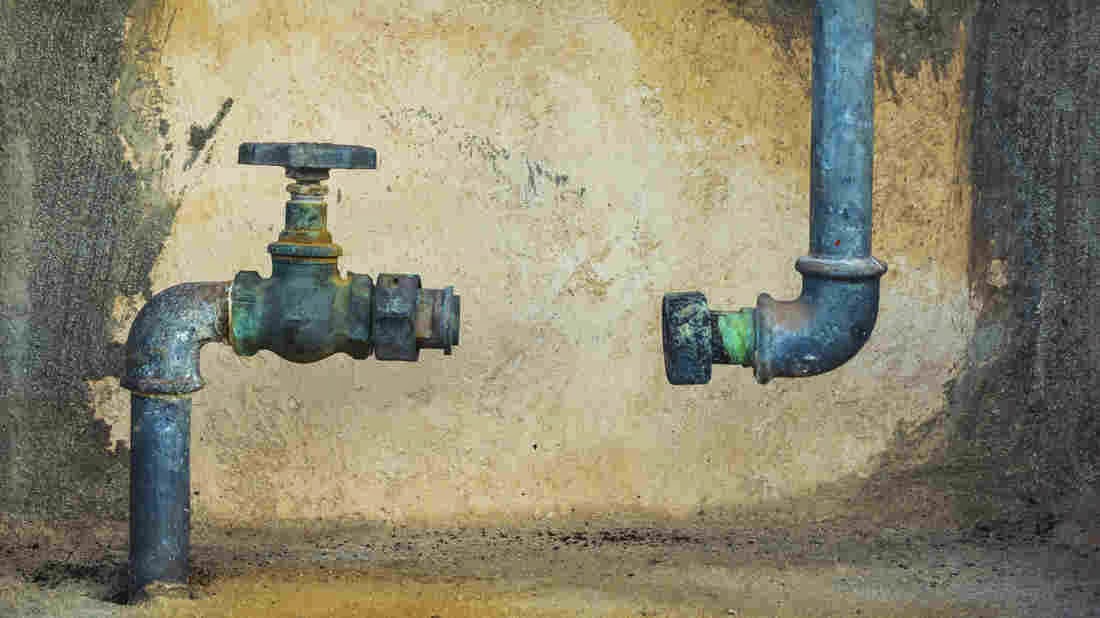 Often Dad would park up the van and we would stop for a cup of tea (and probably share a piece of homemade jam sponge cake!). He'd load his pipe with Erinmore Mixture and light up. We would sit in silence and admire the glorious views across the village and of paths to Salisbury and unknown places beyond as far as the eye could see. We didn't need words, the view said everything.


These were paths that most of my friends and I would eventually take, never to return.

Every year in October the fair came to the city of Salisbury and set itself up in the marketplace at the centre of town.

It's an event I was often reminded of whenever I complained to my Mum or Dad about some perceived injustice (most probably to do with being told to go to bed early and having to miss Match Of The Day!), "It's not fair!" I would whine to which came the stock reply: "Fair is not until October!".

I'm sure that for the hardened fair attraction owners it was just another week, in another city. One more stop on a continuous trek around the country.

But this was one of the highlights of the year to small, wide-eyed children like me. Something special. A small piece of glamour in an otherwise dour world where black and white TV was still very much the norm.

It was loud and it was brash. All bright flashing lights, noisy diesel engines, candy floss the size of clouds, sad looking goldfish, pumping, pulsating rock and wheezy organ music.

For a few hours each year the fair sucked you in to its exciting, mesmerising world: stalls with enticing but cheap-looking prizes; rides that made you scream, your tummy churn and your legs go all wobbly.

And then it was gone, over for another year. Packed up overnight and trundling on to the next town.

One of my favourite stalls at the fair was The Penny Falls. A series of steps that slowly moved in and out, covered in coins. Some of the coins overlapped, some tantalisingly teetered on the edge of a step ready to fall, others were stuck in limbo, unlikely to ever move. 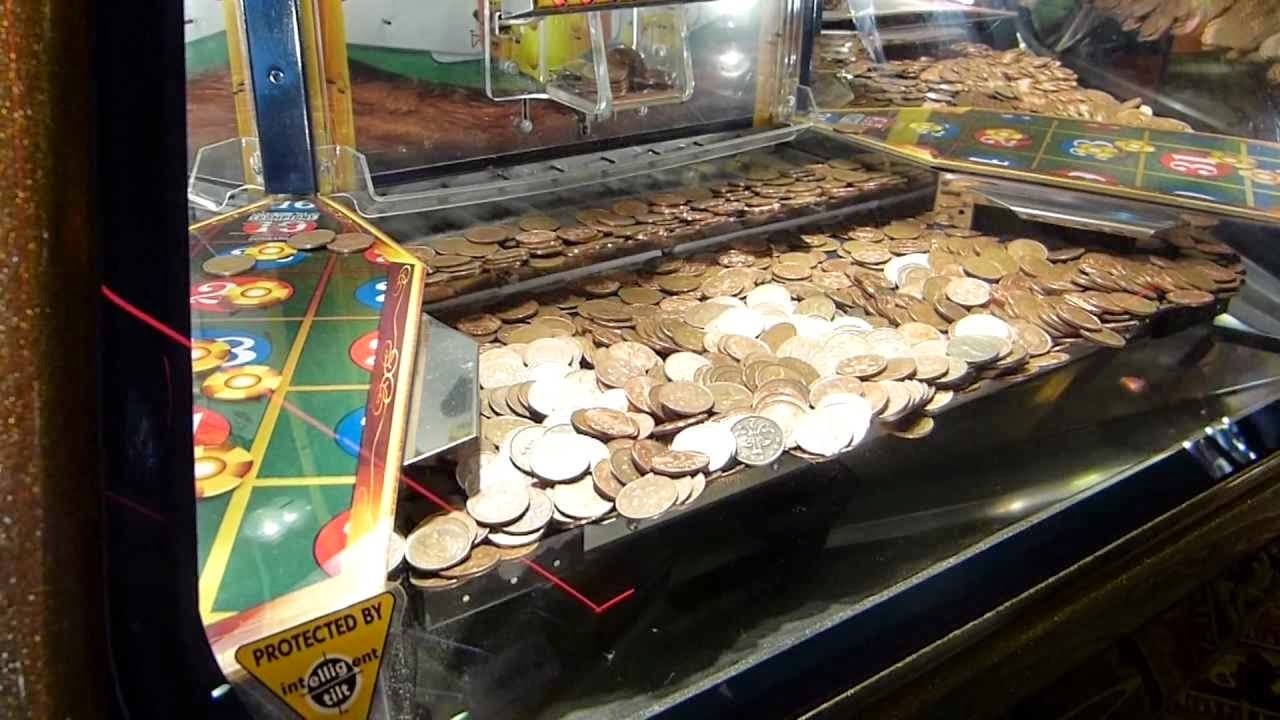 The idea behind The Penny Falls was a very simple one: roll a coin down a small metal shoot in to the machine and try to dislodge some of the coins from the top step to create a cascade.

It was all about the timing. If you were lucky your coin led to a chain reaction, other coins slowly spilled over from one step to another until you were rewarded with those that dropped in to a small metal opening at the bottom of the machine.
Invariably, the meagre winnings were used to start the process all over again. A few fleeting moments of fun until the coins stubbornly refused to cascade anymore. 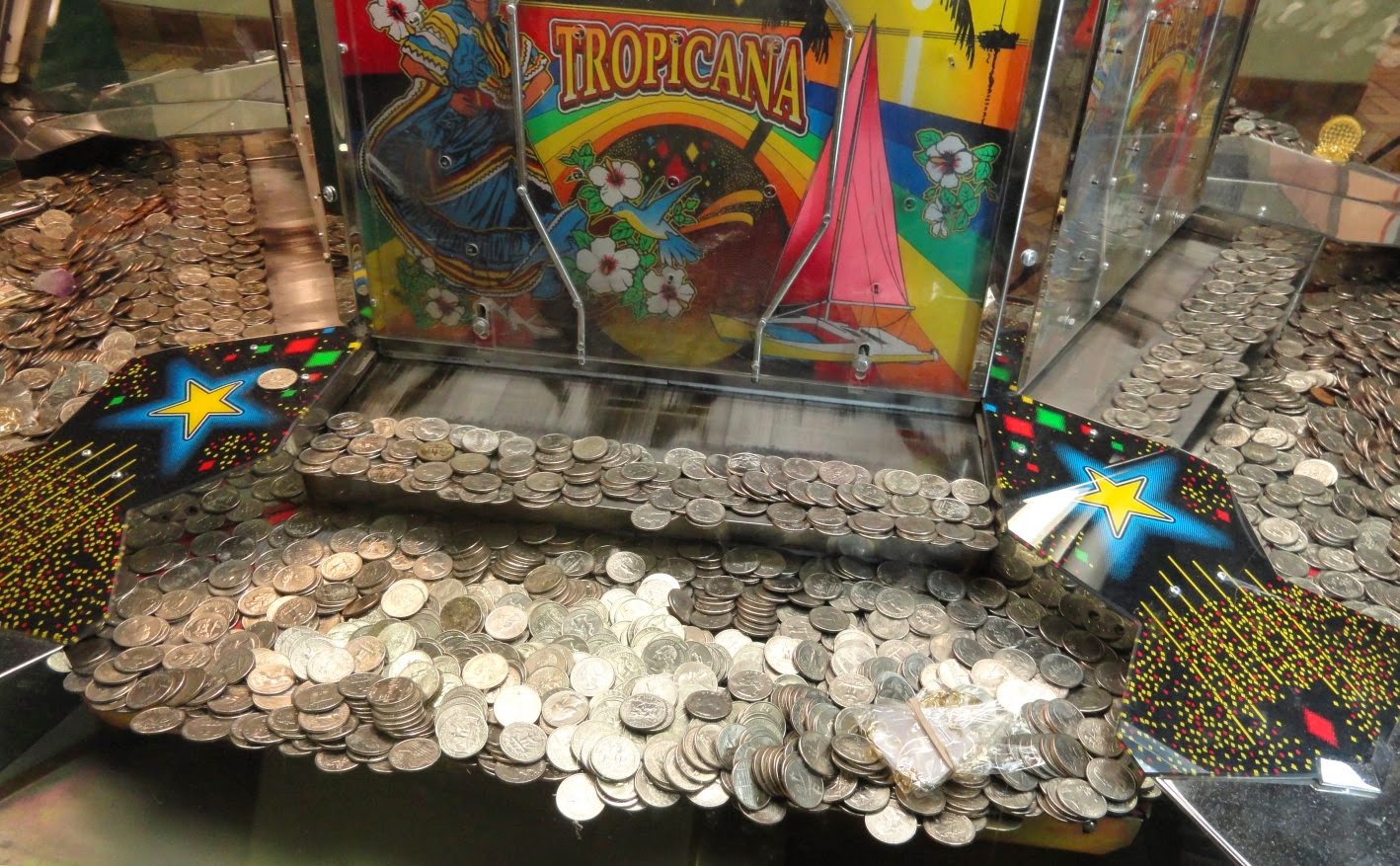 Paths and Organisations
We're obsessed with having paths in our organisations for people to follow.

There seems to be something comforting and reassuring about a path. We desire a sense of direction especially when it's not always 100% clear where we're heading.

We develop strategies to get us from a current to a future state. We build plans. We talk about roadmaps and being on a journey.

We put our people on to development programmes, some are grandly titled 'fast tracks'.

Our people go through what is sometimes referred to as an employee life-cycle: from on-boarding to exit. 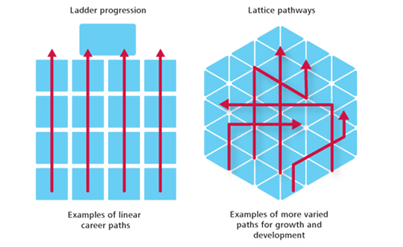 We encourage our people to consider carefully their digital footprint and build their personal, social networks.

We like the certainty of a path. Paths give us direction, set us on a course from A to B to Z and sometimes back to A.

We look back and we look forward. We have choices, make decisions and we take turns and forks.

We're surrounded by many different paths both physical and virtual. Some we know well, others less so. Paths lead to experiences that generate memories and metaphors.
Ultimately, paths are all about people: those who make them and those who take them.

Have you ever noticed footpaths that were designed to take people along a specific, elongated route to get to their destination, but which over time just get ignored as people create shorter alternatives? 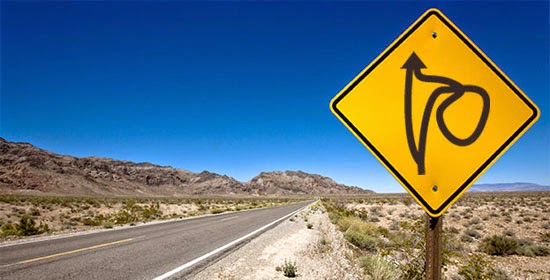 You often see them in parks and in edge-of-town super markets and shopping centres. Ugly gaps, muddy, The People's Path, the turf or bark chippings long gone. 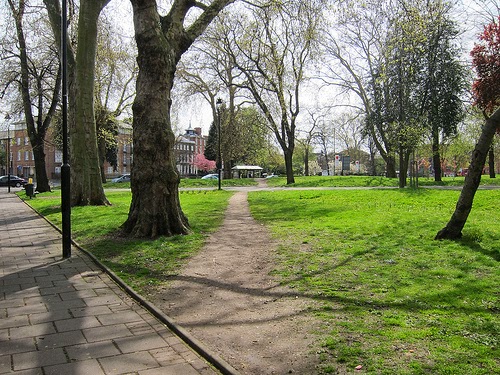 It only takes one person to dare and make the first move before others follow suit, perhaps not wanting to miss out on something, anything. They're not always sure.
I guess it's a natural human tendency to find the shorter route, to follow well-worn paths, even if it might mean scrambling past a thorny bush or tripping over a low wooden barrier. Time is at a premium. Sometimes it's just down to ignorance and laziness. Sometimes it's just poorly thought out design.

Over time, as the gap gets wider the 'dangers' diminish.
What amuses me is when the path designers 'give in' and formalise The People's Path, perhaps acknowledging in some way that they got it wrong. 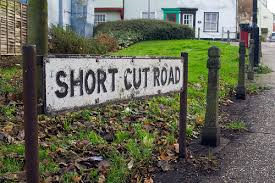 Final Thoughts
With our desire to create ever better ways to develop and manage people's talent have we inadvertently created too many paths and too much complexity?
Of course we can make our lives as complicated or as simple as we like - that decision is down to us.
But let's avoid stifling people in our organisations. I believe people will be at their best when they are allowed to take time and have the freedom to:
I guess those beliefs were formed along the paths of my upbringing. 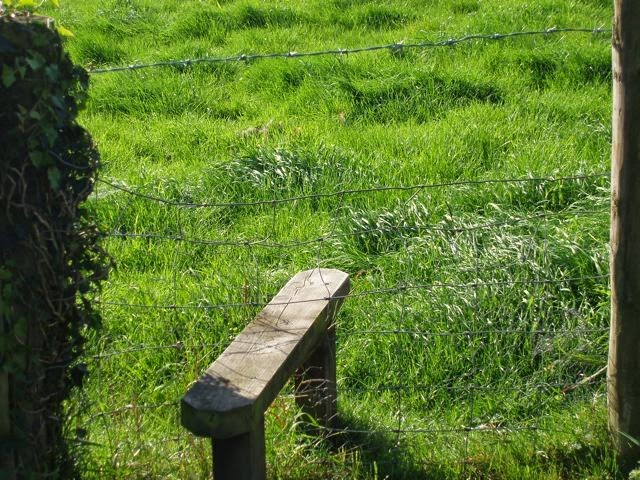 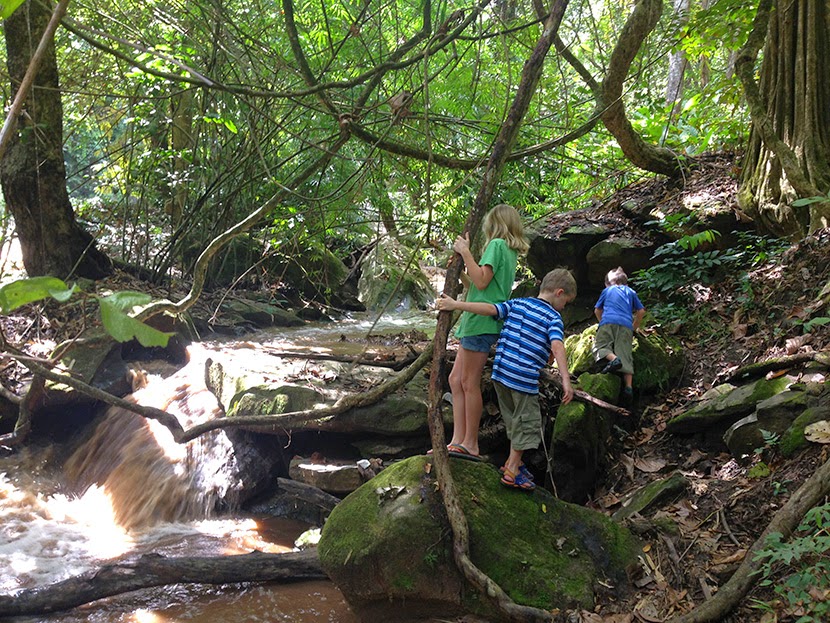 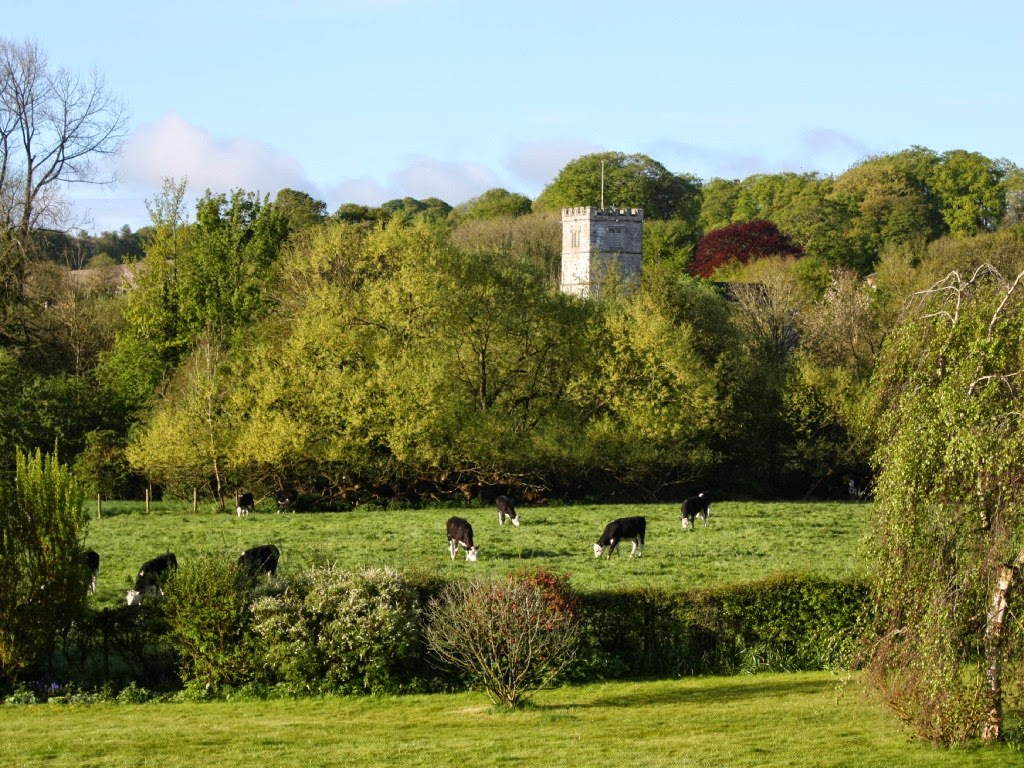