Today's post comes from an individual who would like to remain anonymous, as he does not want to upset members of his family and fears that his words might impact his job search. In the post he refers to the Anonymous author who wrote about their experiences on the 18th December. He was unaware of yesterday's post until reading it yesterday - there are some similarities, in that both have independent paths ahead. I would like to wish both writers a happy, successful and rewarding 2015.

No matter what you're going through, there's a light at the end of the tunnel and it may seem hard to get to it but you can do it and just keep working towards it and you'll find the positive side of things. 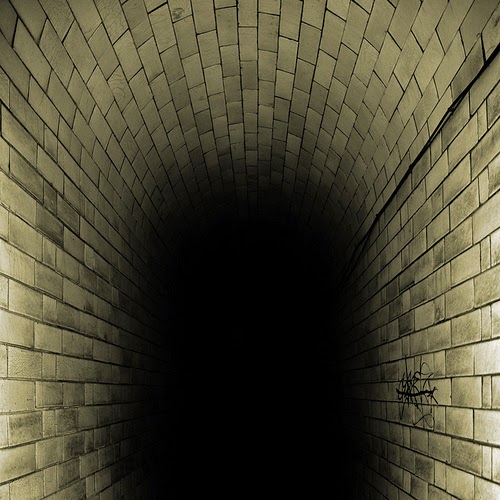 If you are reading this I made it, I made it through 2014 - a year that I will never ever forget.

I have never wished for a year to end as much as this one. It is probably not right to wish away your life and/or years but, when you come to the end of this blog, I am sure you will understand where I am coming from. 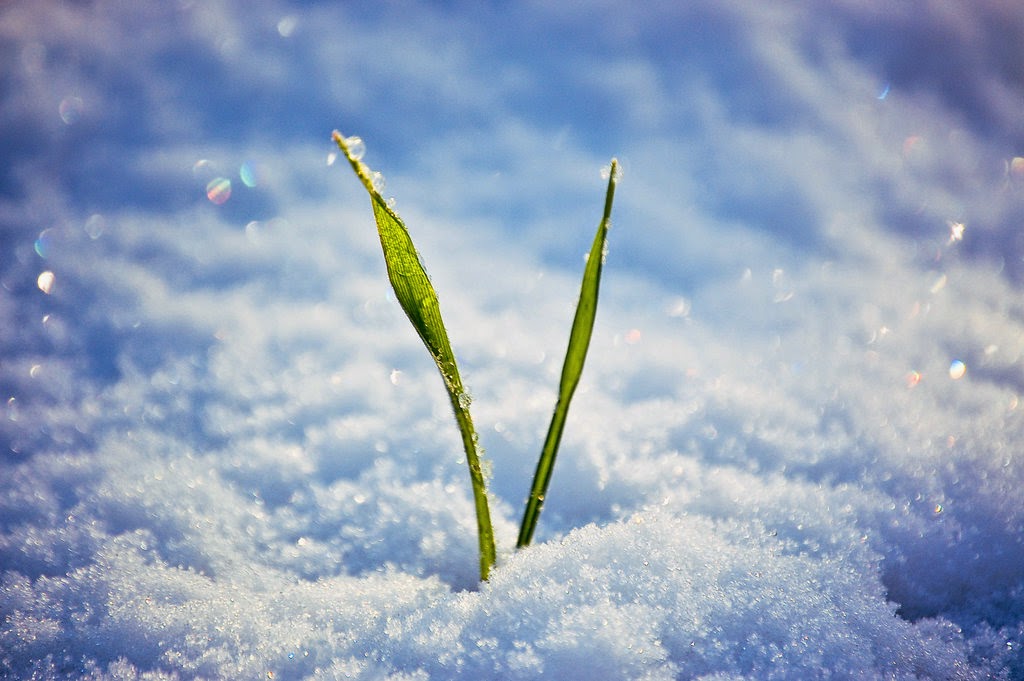 January started with where I left it in 2013 - Dad was in a nursing home suffering from dementia and was deteriorating daily. Although we had Christmas 2013 at my place and I managed to persuade the nursing home to let him out for Christmas, I and the family, were not game enough to do the same for New Year’s Day. Little would I know that that would be Dad’s last Christmas with us.

We had such a lovely time on Christmas Day 2013 and I recall I took a video (his last interview with me) with him telling me stories of the village and his younger days - you see, once Dementia hit, all Dad was able to remember was his youth - he recalled nothing of his life post his teens - his wedding day, his migration to a country on the other side of the world, the weddings of his two boys and the birth of his five grand children. Dad was not getting any better but he was managing because he was eating and sleeping.

From a personal perspective 2014 started with the rumours that the Civil Service, as a result of changes in government, was to offer a huge number of voluntary redundancies.  The rumour was strong for my agency and was further confirmed by the fact that the HR department was to be targeted as part of a work re-design review and the notion that we were “top heavy”.

Mid February arrived and we had to make a decision - so I lodged my expression of interest - I will never forget the feeling that day - such a relief , such a weight was lifted off my shoulders, I already felt free even though there were months to go. I was confident of being successful, due to the thinking by the Executive that the HR department needed to be cut back - I knew I had a very good chance!


So as expected, knowing I had expressed an interest in a package, my heart was not in my current work and I managed to float for a month or so until the decision was made. Then, in early March, I heard  - I was told I would be offered a VR (Voluntary Redundancy) package and that the final date was not yet determined.


I started feeling excited - I had nothing lined up but similar to Anonymous on a pre-Christmas Advent Blog - I had confidence in my abilities, plus it was also time to smell the roses - I needed a break - after 32 years it was time to rest.  My youngest daughter was in the last months of her final year of high school - I could be there for her. Mum was needing some assistance with visiting Dad - I could be there for her. My heart yearned for a different life, foolish maybe, but my heart said it was right.

I was offered a May departure date and thus I worked towards that - I started making some connections, put some feelers out - not much coming back - maybe I should have spotted the warning signs and the writing was on the wall - but I was determined to go.


It was nearly my departure date in May and I visited Dad with my family.  He didn’t look great, he was not eating, he was hallucinating; he was in his own world - he hardly opened his eyes to see me. I left knowing that Dad was going downhill. In the morning I rang Mum and arranged to pick her up to visit Dad and be with him for his lunch. One thing we prided ourselves on as a family is that during the time Dad was in the nursing home he had a family visitor every day. He always had someone to chat to, see how he was and make sure he was fed and relaxed.


However, this day was going to be different. As we arrived and headed to his room, I saw Dad in a very bad way - he was not going to make it - he passed that day, in mid afternoon, but before he did he left us a sign.  As Mum and I were comforting him, he opened his eyes, looked at us, shed a few tears and then he let his last breathe go.  A moment I will never forget and so grateful to God that I was there to witness it - whatever it was, one thing is for sure, it was closure for all of us 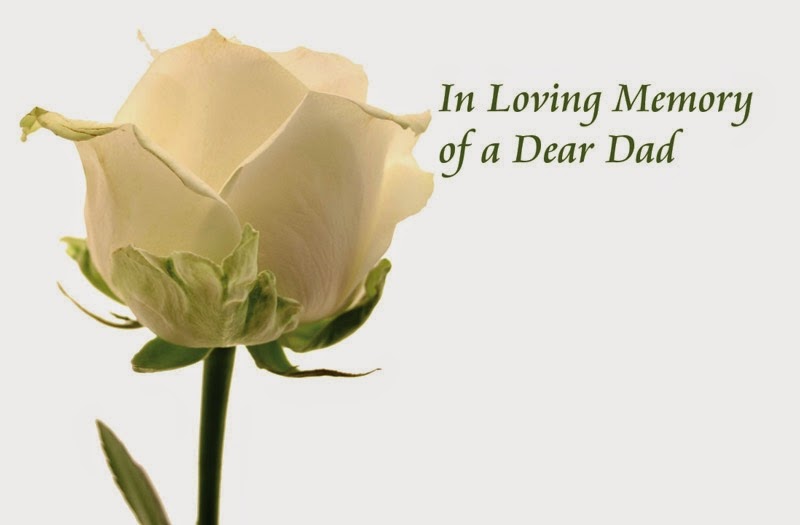 So here I was planing a funeral whilst also clearing my desk, packing my possessions and bringing to an end a 32 year career of Public Service - it was a one of those “pinch me I am dreaming moments”. I do recall though a senior colleague of mine, who made an amazing comment, one which I thank her for today:

“ Just think what a blessing your father has given you - he wants you to start your new life without a worry in the world, without a need to concern yourself with his daily care. He is setting you free from all his worries”

Once I reflected on it and really thought about it, it made sense. Dad was actually in his own way saying to me "son go on your way with my blessing - it is time for you to expand your wings and find your voice and passion". 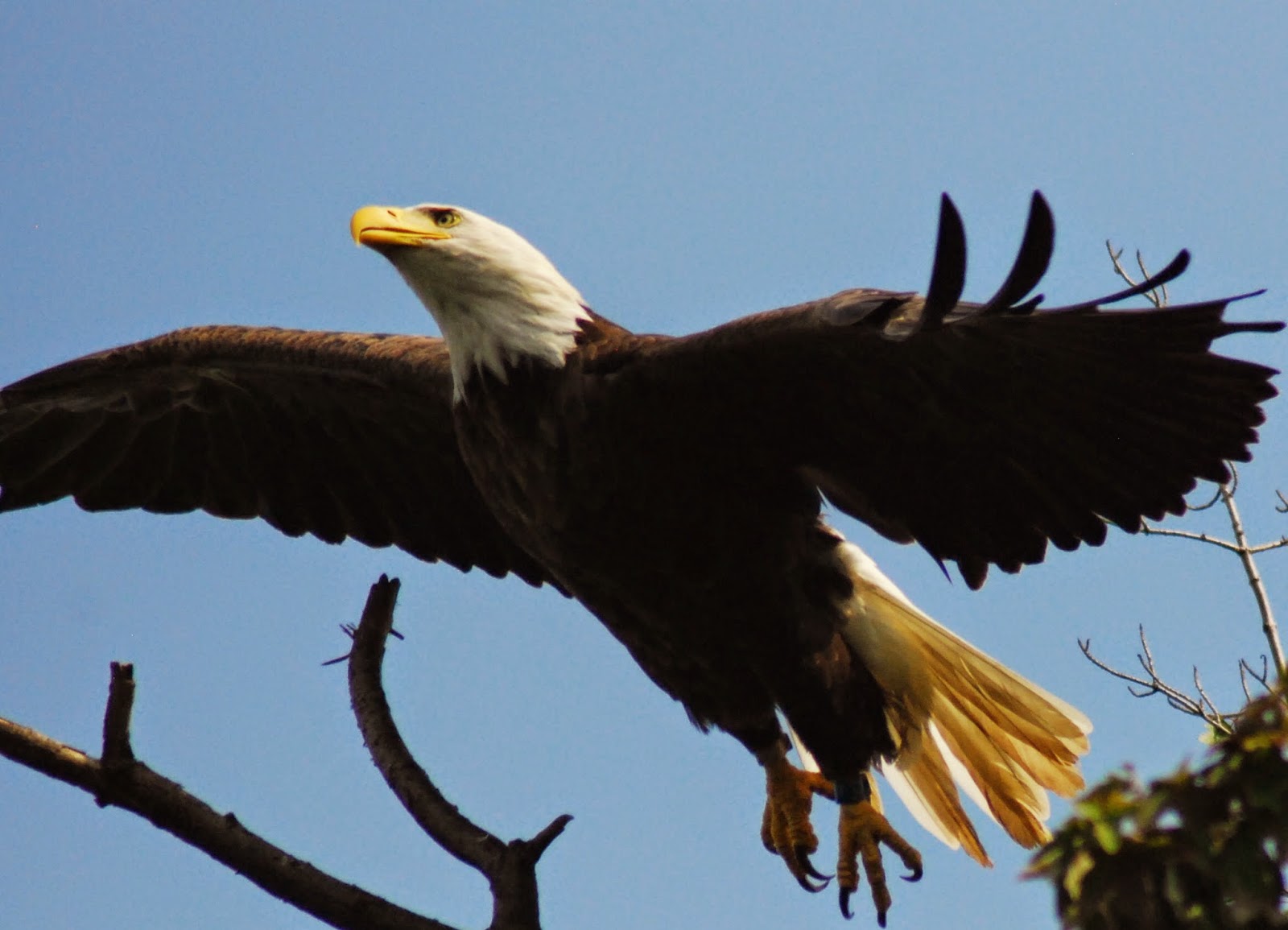 We buried Dad - on a grey and drizzly day that suited the occasion - although it was a tough day, we had been mentally preparing for this day for the last two years.


That same week, my eldest son was moving out. Although we knew this was happening early in the year when they (he and his girlfriend) had made the decision to live together, the commitment to the new flat was for the same week as the funeral and thus the timing was not great - but how would they have known that? With all the emotion of Dad’s passing and my eldest son leaving our house, I broke down. In a moment of privacy, whilst others were packing boxes, I took some time to video myself in his room and recount the times I read him his bed time story after his bath, the times we did homework together, the times we put up the shelves in his room to hang his NBA caps. It all came flooding back and boy did I cry. I think I cried for a while thinking of how his grandfather, his namesake, loved him so much and was always so proud of what he had achieved. 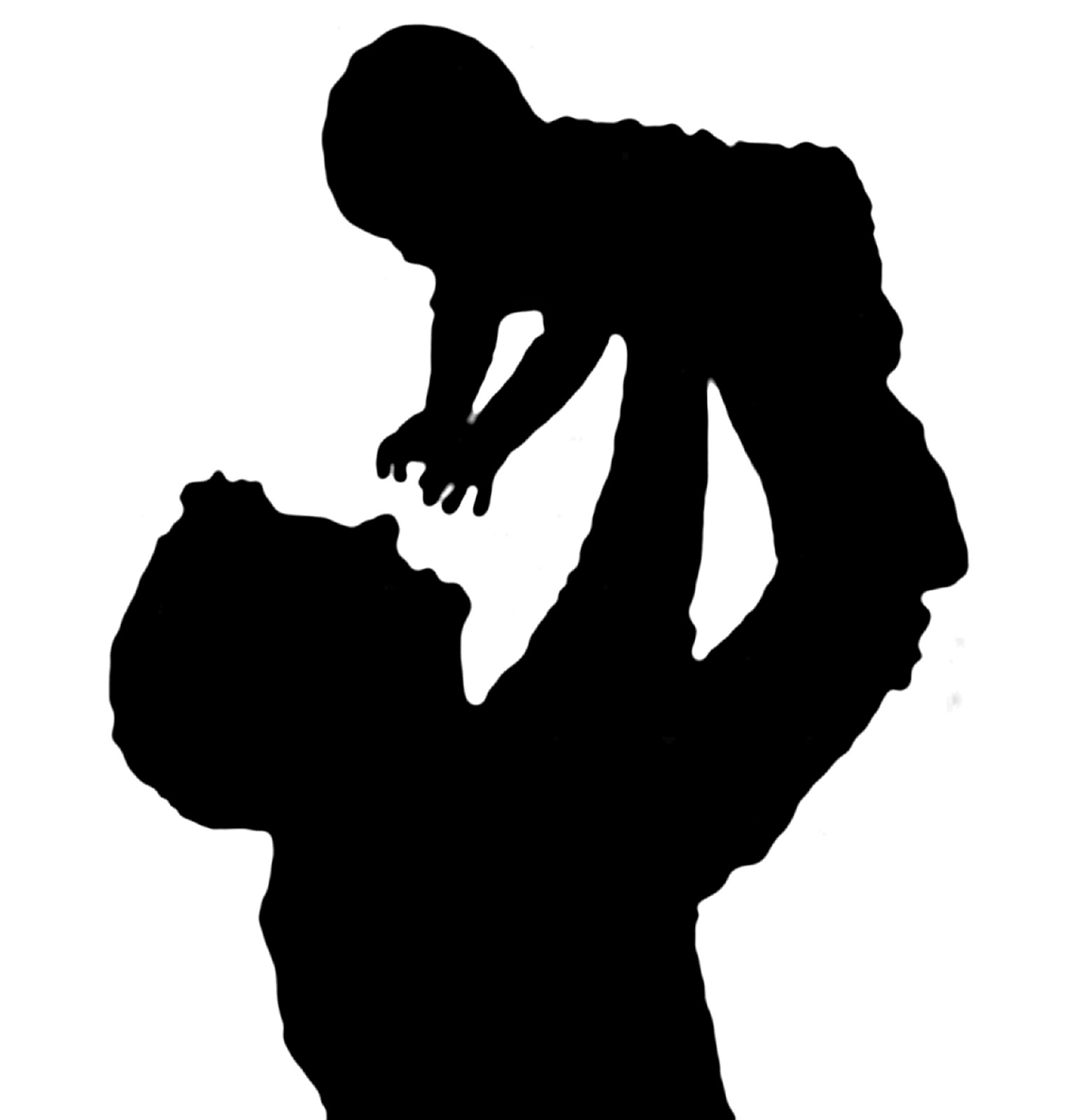 I was losing my two best mates in the same week! I pulled myself together and continued the packing and he moved in smoothly to his new home.


Very soon after Dad passed away, my spouse was undertaking some routine check ups and was asked to undergo a more thorough check up. I will not go into too much detail suffice to say that the next 6 months were hell - waiting, contemplating and taking a final decision. 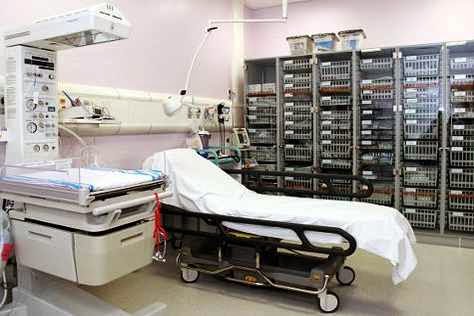 This all on top of the last year of my daughter’s high school education. The most important academic year in my child’s life and she had to deal with her grandfather’s passing, her Dad leaving the workforce and now her mother going through a tough medical journey. I was worried for her and was concerned that these issues may distract her from reaching her optimal best. Well, I was proven wrong, not only did she overcome all these issues, she managed to do very well and we were all elated - to some extent one of the few shinning moments for the year! 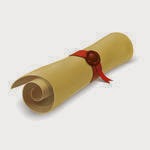 
But more importantly, I am looking forward to being a son, a brother, a husband, and a father to my three beautiful children. 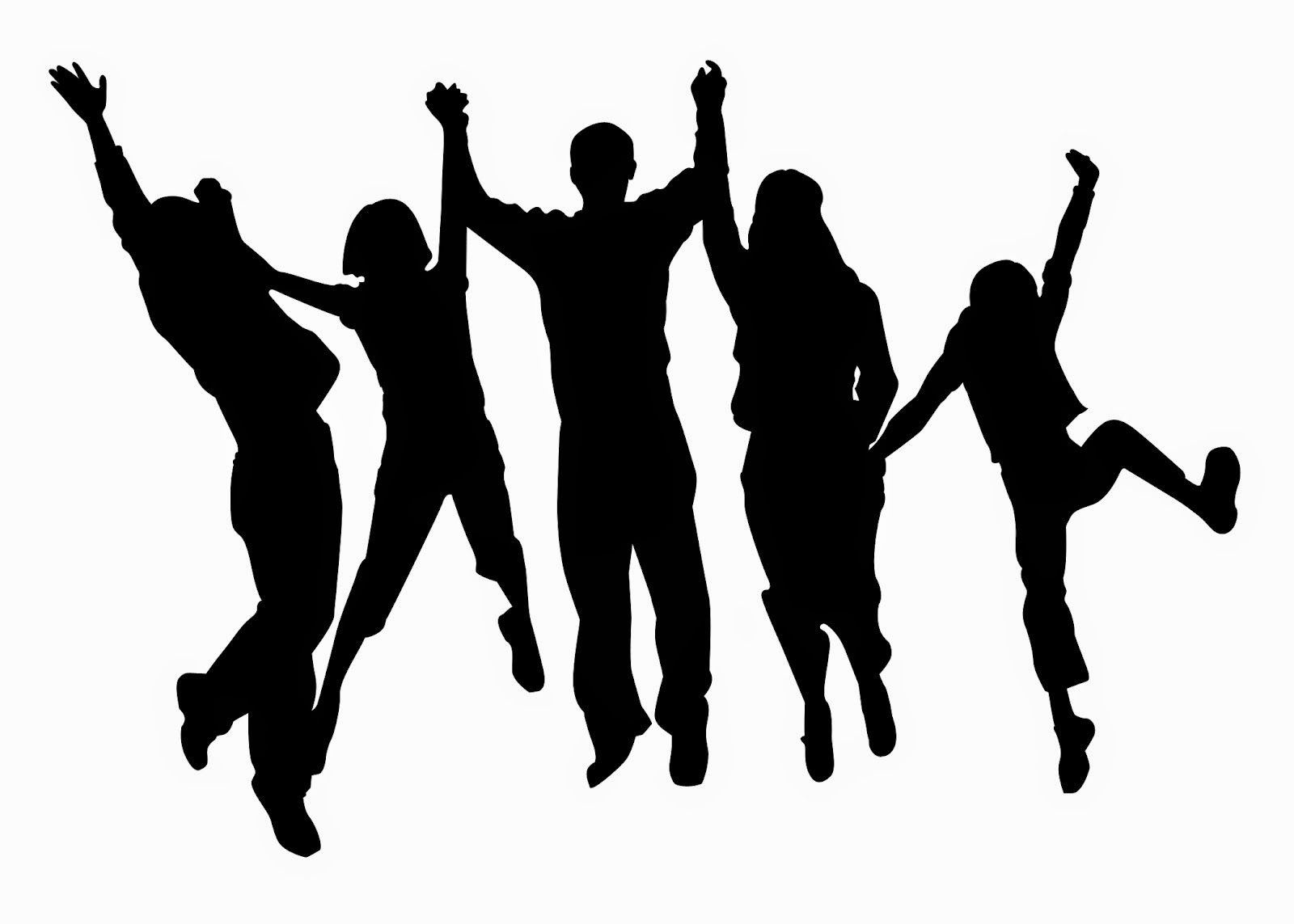 So as my Annus Horribilis comes to an end I know there is a “little light” at the end of my tunnel - it is shinning bright and it is awaiting me to come through and receive its warmth.

I hope you enjoyed a Safe and Merry Christmas and here’s to a New Year that surely has to be better than 2014 ! 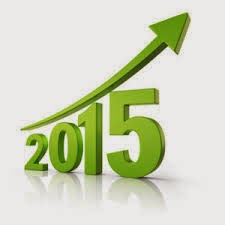 D-Ream - Things Can Only Get Better

Life can be very tough at times
Posted by KateGL at 22:42