Today is the the feast of Saint Nicholas (in many countries the day when "Santa Claus" (or St. Nick) brings treats to good children), so it seems appropriate for us to have it as a day for a story. As those of you who have read This Time It's Personnel will know, as a child, Annette Hill was told tales by her father about Wizard Oscar and his friends. Annette is continuing the family tradition, but with a workplace twist. When not spinning fairy tales, Annette works as an HR Director and OD and L&D expert for a Community Rehabilitation Company in the West Country of the UK. You can follow her on Twitter via @familyhrguru or read her blog.


As those of you who have read the books and seen the films of recent popular stories for children and young people must all know by now, many wizards, witches and other magical friends are immortal, and often reinvent themselves in new centuries, settings and societies. So here is a modern day story featuring Wizard Oscar and his associates in a modern, corporate world and the challenges they face. As this is an Advent blog, expect plenty of artistic licence, a large dose of sweeping generalisations and a happy ending with a moral, of course!

First of all, let us visit the entries for the current incarnations of the original characters on the website of Widgets.com - Home Page, About Us:

The Lord of the Land
Chief Executive Officer
Education and background: Lord founded Widgets Ltd 25 years ago and was responsible for its rapid growth. 5 years ago Widgets.com took over and retained Lord as CEO. Lord is married with 3 grown up children, and he enjoys golf and fly-fishing.
*Magical powers: None, but knighted for his services to Global widget manufacture economies. 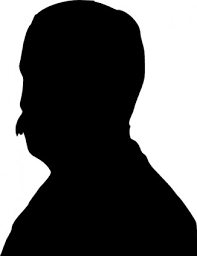 Wizard Oscar
HR Director
Education and background: Oscar joined the top team 6 months ago, following a successful career with Magic Circle Aggregates and other constructive industries. A Fellow of the Chartered Institute of Positive Demystification, Oscar is passionate about Diversity and Inclusion. When not busy writing his popular blog, Wizarding Wise Words, Oscar enjoys caving.
*Magical powers: A powerful, though forgetful wizard, even Oscar is sometimes surprised by what he is capable of. 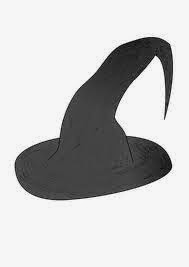 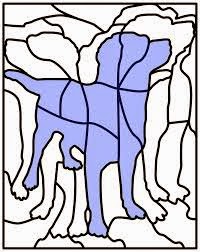 Caw Caw, the Crow
HR Business Partner
Education and background: Caw Caw has been with the company for 7 years. She joined upon completing her degree in Psychic Wellbeing, starting as a payroll administrator. She completed her Chartered Institute of Practical Dedication within 3 years of joining and has project managed a number of outsourcing initiatives. Single, Caw Caw is a very active volunteer and Board trustee at Local Food bank.
*Magical powers: Eyes in the back of her head. Extracts the wood from the trees. 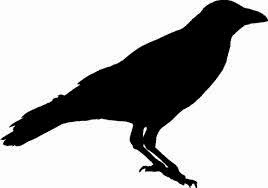 Bad Boss of the Circus
Director of Operations
Education and background: Bad Boss has been with the organisation for 18 months, joining after 2 years at Quite Large Outsourcing Company. He commenced his career in Well Known Management Consultancy, on their Hard To Get Into Graduate Scheme. Soon after winning their Trainee of the Year prize, he was snapped up by Even Better Known Management Consultancy, where he was a key player in developing the Second Latest Management Fad for Business Modernisation, and subsequently enjoyed a swift rise to Partner. Bad Boss is married with no children. He and his wife enjoy fringe opera and extreme snowboarding. He has a degree in Strategic Micromanagement.
*Magical Powers: Getting a quart out of a pint pot. Passing off others’ hard work as his own. Master of disguise.

* Magical web sub page, viewable only by those whose spells procured the App ESP v7.7.7 .

The remaining member of the original tales, Wizard Willow Wand, has remained invisible much of the time, still lives by rivers and lakes (for maximum psychological wellness) and works as a successful, unobtrusive executive coach. He is currently coaching Wizard Oscar. 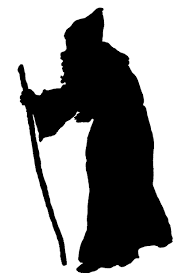 The CEO, Lord of the Land, was leaving a corporate golf tournament a day early later that week to receive Oscar’s report and recommendations. He had specifically requested that his HR Director fully involve the Director of Operations, Bad Boss, so impressed was he with the theory of the Second Latest Management Fad for Business Modernisation, which Bad Boss had rolled out immediately upon his arrival. Needless to say the marketing for this approach made many promises guaranteeing high levels of Employee Engagement as an outcome.

Oscar knew that his meeting with Bad Boss was going to need careful planning and handing. There was something niggling him about this individual, but being a little forgetful, and having lived through several adventures, not to mention a couple of centuries and settings, since the dark days of the Circus, he could not quite put his finger on this.

Luckily, that afternoon, Oscar was due to meet his coach, Wizard Willow Wand.
Oscar sighed; although he always found these meetings incredibly useful, the meeting was taking place off site by a remote, peaceful lake, as usual. 6 months in, with the honeymoon period definitely over, Oscar also had many other urgent matters to attend to, and he could well have done without additional time out of his day to travel to and from the meeting with Willow Wand.

After seeing to tonnes of ‘urgent’ e-mails and meeting with Caw Caw to discuss the poor performance of contract for the latest employee service outsourced under the Second Latest Management Fad for Business Modernisation, Oscar set off with a heavy heart. He missed the days when magic could be practiced openly and he could simply fly from his cave to wherever he needed to be. In fact, retreating to his cave seemed quite attractive right now.

At the discreet and peaceful location, Oscar sat down by a shimmering silver birch to wait for Willow Wand to appear. He had no doubt that his old friend and mentor was already there, remaining furiously invisible, thus forcing Oscar to sit still, breathe deeply and take in the beautiful surroundings.

He thought about whom, within the company, he knew or believed to be magical. Could any of them help him in planning and implementing a strategy?

Lord of the Land? He didn’t think so. In fact Oscar strongly suspected him to be a direct descendant of the old Lord, who used to summon him regularly to his castle, and stare at the empty space Oscar left behind when he flew back to his cave on one of the Lord’s finest armchairs. He always returned the empty chair, leaving the old Lord of the Land to wonder if the encounter actually happened at all? Might he even have thought up the answer to the Kingdom’s troubles for himself?

Caw Caw. He knew her to be magical and they had worked together many times over the centuries. She was often his eyes and ears, and she had in fact alerted her old boss to this HR Director opportunity at Widgets.com. The symptoms of a disaffected workforce and absentee CEO were not that different, he reflected, to some of the problems that arose in the royal courts he had advised in the old days.

The Blue Dog. He had given a dog magical powers to turn blue and to do good deeds in the past. This had been very effective in thwarting the Bad Boss of the Circus and both the Blue Dog and the wild animals had been successfully released back to their rightful environments as a result.

Just then, Wizard Willow Wand appeared by his side, enigmatically smiling – he had of course been present all along. He could see that following some enforced quiet time, his friend was already working through some ideas, applying previous experiences and ideas to the current situation.


I won’t go into the coaching session in detail (this is after all a blog not a novel), other than to say that Willow Wand provided structure, space, thinking time, asked incisive and insightful questions and listened actively. By the end of their meeting, Oscar had started to devise a plan. He knew that the kind of change he needed to influence could not happen overnight. The thought that kept evading him had appeared. Of course! He also knew Bad Boss from the old days. He should have recognised those ‘dodgy’ magical powers, but Bad Boss, a master of disguise, had moved around and reinvented himself many, many times more often that his magical counterparts. He actually looked quite urbane and sophisticated these days.

Wizard Oscar was going to have to dig deep into his repertoire of skills and persuasion to persuade the CEO that maybe there was a reason why the Second Latest Management Fad for Business Modernisation, was, well, the second latest fad…

Before that he had a structured meeting to plan with Big Boss, but he knew that he had Caw Caw to support him in gathering all of the pertinent facts (and big data) and that the chameleon qualities of the Blue Dog could be used to very good positive effect indeed, with the right leadership, which he intended to provide. 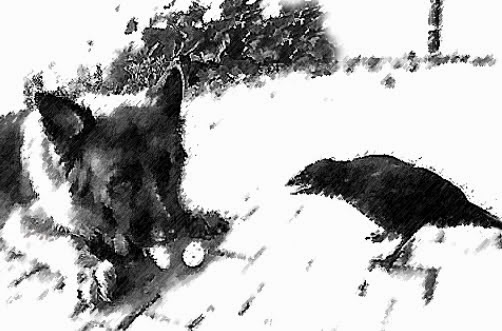 He thought carefully on the way home about how he was going to deploy magic in the current world, where obvious magic is frowned upon and viewed with suspicion and fear. Then he had a further revelation… Everything he needed to do was achievable without actual magic spells. Unless of course, you believe

Wisdom,
Integrity,
Zeal,
Authenticity,
Realism and
Dedication, not to mention

to be magical qualities…

Footnote
Wizard Oscar and friends are characters invented by my dad when I was very small. I described his storytelling and other inspirational qualities in a blog published recently in the book of HR blogs, This Time It’s Personnel, Humane Resourced 2, available on Amazon kindle. 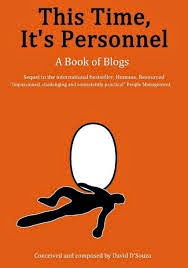