Day 27
Today's piece is written by the talented Matt Ballantine, who is currently the Interim Product manager for the UK Government's Digital Service. Prior to becoming a consultant, respected writer (he is a regular contributor to CIO magazine) and digital guru, he was the former Head of IT at brand marketer Imagination and had also worked as an enterprise and solutions architect for the BBC. Matt crosses the divide between Technology, Management and Marketing and has a keen interest in collaboration, connections and content. He writes an interesting blog on the topics that interest him. Or you can catch up with him on Twitter (his handle is @ballantine70)


In December I’m running an event for a HR group in a big telecoms company on the theme of modern career paths and planning. It’s been an interesting commission - an area in which I’d claim interest and active practice, but not necessarily “expertise”. And that’s one of my main points for the day - in a world of unknowns, looking for “experts” is a natural human instinct, and deeply flawed. I hope that they’re not expecting me to give them all the answers. 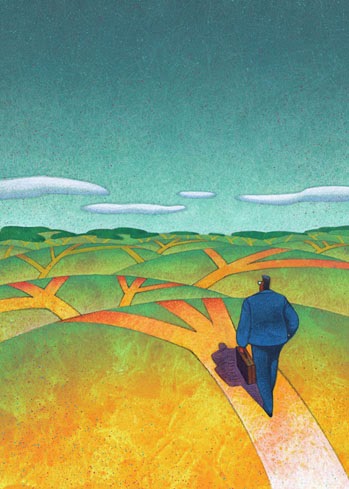 The idea of a career path is something that has changed, I believe, pretty radically in the two decades in which I’ve been working. When I started in the 1990s there were still a many in the workplace who thought that they had an anchor in “job for life” working. That decade saw the last phases of the dismantling of the nationalised industries, and the rise of the global corporations. The social contract between employee and employer was broken, but with expectations of loyalty and trust remaining on both sides.


Technological change has also radically altered the workplace in those 22 years. Work is no longer necessarily a place where you go, and can be anywhere. The same technology has shaped and formed the nature of jobs along the way - swathes of clerical and administrative staff no longer exist, yet new roles have replaced them. Not one of the job titles that I have had since 1997 would have existed when I had careers advice at school a decade before. But to be fair, some of the dafter ones I have made up…

In this world developing a career path that involves job titles is a risky business. The next one might be there for you, but having a sense of direction much into the future becomes a challenge. I spoke recently to a friend Matt Desmier who has been living a free agent career for a few years now, and when I asked how he described what he did to others he said he took the lead of another mutual connection John Wilshire in outlining:

That helps in answering the “What do you do?” moment at a dinner or kid’s birthday party, but doesn’t provide anything more substantial to plan one’s life around. Maybe that’s it - maybe we can’t plan in the ways that we traditionally have done. Do we need to throw ourselves to the wind and see where our careers take us?
That would be a reckless approach.

I’m increasingly coming to the conclusion that what I need to help us through this dark maze is a narrative, a story. A personal career story that spans my past, my present and sometime into the future. The nice thing about stories is that whilst they might not necessarily be completely factual (and anything into the future by design isn’t factual), they can contain truths that give us anchors around which to make decisions in the future and make sense of our past: a path trodden and a path ahead. 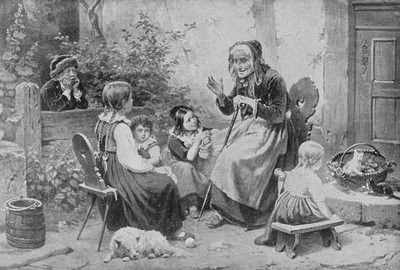 My own story starts with some of my grandfather’s achievements, which in turn tie into some of my earliest childhood memories. They then in turn weave into the education and training that I have received, the jobs I have taken, and why some of them worked and some of them didn’t. Looking forward I have some aspirations that in turn become the way in which I assess what pieces of work I should take both in terms of short term needs and longer term goals.

In sharing this story with others, funnily enough I’ve found a wonderful prop in that very 20th Century corporate artefact, the business card. On one side of my cards are contact details. On the other, a photograph. A photograph I can use to be able to tell my story in a way that hopefully makes sense to whomever it is I am talking. Telling and retelling the story helps me to navigate through the maze.