Welcome to a new week and a delightful post by Ailsa Suttie, who clearly enjoys her new life in the country. Ailsa is an experienced HR Director with passion for the people around her and the business she supports - she started her current role in January of this year. She is also a popular, caring voice on Twitter, via @AilsaSuttie, with a breadth of knowledge and insights to share. A wonderful cook and highly creative, Ailsa is a lady of many talents and a good friend. I am sure you will enjoy her post...

One of my favourite places to walk is in the lanes across the road from the cottage. It’s a historical area and I know when I’m wandering along, stopping often for my small canine companion to sniff, that Saxons and Romans walked this area before me. On a winter afternoon when the light drops early and the wind moves the trees it gets quite atmospheric. About a mile up there is a marker for the Meridian Line, East literally meeting West and this is a place where I often stop to look over the fields and do some thinking, one foot on either side.
Lately I’ve been thinking a lot about connections, collaboration and coincidences and the ways in which those things come together, often at the right time even though we may not initially recognise it. Three things stand out for me this year and all have brought changes in their way.


When I moved to the country last year I was amazed at how quickly I got to know people and the generosity of spirit that a lot of my neighbours and the villagers have. I got to know a group of like minded ladies quite well over last winter, ok, those who know me know that this is the not so well kept Secret Ladies Wine Society! Taking aside the evenings we’ve spent over a few glasses, what is great about them is that they really are involved in the local community and do a lot of good for the area we live in. They run the village fair, several community groups and one serves on the Parish Council. They campaign for improvements to services, stopping trains, bus cuts, young people’s issues and many others. When they asked me if I’d consider taking on the editorship of the Parish Magazine I was really flattered and jumped straight in. I’ve been given the chance to see how rural areas really work, be involved in a lot of different events and have met lots of interesting people. When there is little funding its the effort that the locals put in that makes the real difference. 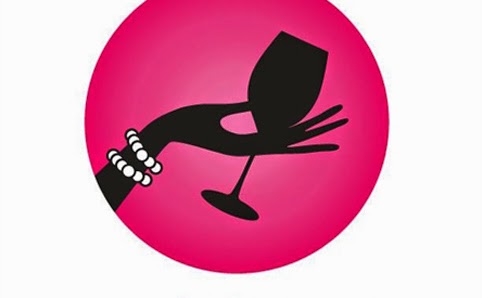 Through the magazine I met a great lady in the village who has 3 rescue dogs of her own and acts as a ‘finder’ for re-homed dogs locally. When boarding a plane to Italy I had a text from her asking if i’d consider a 2 year old Jack Russell. the rest is history. and Pamela is now a huge part of my life and  whilst Jack Russell’s may be small they have a wolf sized presence. She’s on my knee licking the keyboard as I write this!


Work has been happening too. Starting the year in a new role and losing your entire team in one month is not ideal, especially when you have immediate deliverables and are in the spotlight. i thought I was being punished for some never before mentioned crime for the first four months! Then I got ill. I had almost three weeks of enforced time off and for once did not check emails but I did do a lot of thinking. It was clear, I could either give up or I could take control. Two things swung it for me, I had recruited a great team and the company was amazing when I needed them.  When I got back we had a new CEO and a new direction. He keenly saw the need for change and has embraced every off the wall idea I’ve thrown at him. Lots has happened in between, but this saw me taking our newly formed Exec Team with me to Meaning Conf in Brighton and it was just brilliant to see them all participating, so much so that the CEO has formed his Christmas presentation based on what he gained that day.  11 months into the job I love my team and have a passion for what we will do next year, it will create a real change in culture and many of the initiatives will have an immense, my impact on our success.


How does this tie in with me wandering rural lanes, a village wine club and a dog?


It’s all about people isn’t it? The people who spend time contributing to local issues, the lady who gives of herself to help dogs and the people I work with whose workplace will change next year and become something to aspire to.

And the lanes? They all lead somewhere.  As I said it's where I do my thinking and with one food on either hemisphere it gives me perspective and a (literal) view of more than one side.


Wishing you all warmth for the festive season and hope you have the year you want in 2015.