One of the best things about social media is its ability to connect people who otherwise probably would never have met. I have made some wonderful friends and one of my most treasured is Paul Thomas, the writer of the below post. I am so glad that our paths crossed. Paul is one of Europe's leading experts on cheese (but not in his writing) and is a top food scientist; he is erudite, quick witted, a fabulous family man and delightful company. You can follow him on Twitter via @wheymaker

Call me old fashioned but I’ve always liked maps. I happened to be looking at one while stuck in motorway traffic a few weeks ago – much to the amusement of passengers in the car beside me. They waved their satnav out of the car window. “You should get one of these” they mocked. I prayed for cloud cover. 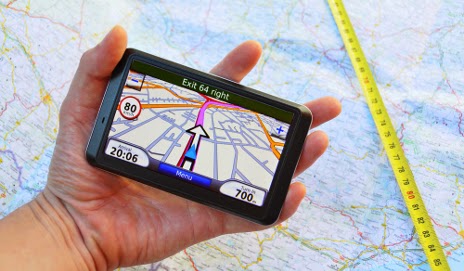 Satnav is an incredible invention. You tell it where you want to go and it tells you how to get there. No judgement or skill required. Earlier this year I stopped to give assistance when a truck carrying a wide load collided with a small van and became wedged in a narrow, sunken lane. “The satnav sent me this way” said the truck driver. Sadly the satnav declined to make a witness statement to the insurance company. 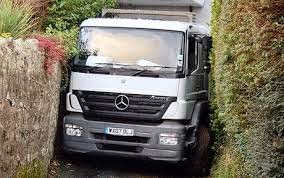 The greatest limitation of satnav is not, however, its lack of accountability nor its intolerance of weather conditions. It is the fact that sometimes a person does not know where they should be heading. Sometimes you need to look at a map and see where you could go. There are also times when there are no maps; you have to navigate unfamiliar territory and start to draw your own.

When I graduated in 1999 with an honours degree in biochemistry I had little idea of what I really wanted to do with my life. After failing to land several jobs in pharmaceutical development, I was fairly certain that science didn’t feature significantly in my future.

After an unusual career switch and a decade working as an affineur and cheesemaker, last year I gave up the security of paid-employment set up a raw-milk cheesemaking business. I had planned to undertake some technical consultancy and to teach some cheesemaking courses to help to pay the bills during the start-up. Eventually the phone started ringing quite a lot – but we were not being deluged with orders for cheese. The calls were coming from cheesemakers who needed advice on food safety, staff-training, hazard analysis, product development and ripening defects.

Last month, after some difficult decisions, I decided to cease making cheese at the end of the 2014. With my focus directed elsewhere, it was becoming impossible to make enough cheese for the business to thrive.


As evidence of a thriving food-culture, there are actually quite a lot of cheesemakers in the UK now. That’s a lot of competition for a new cheesemaking business but it is also a large target market for a dwindling number of technical consultants. Many of them are retiring and there are few people coming through to replace them.

In the past year I have written papers and delivered lectures on cheesemaking and dairy science, I’ve been elected as a Fellow of the Institute of Food Science and Technology and I’ve started to train the cheesemakers of the future. Last week I found myself at a dairy hygiene meeting in the Netherlands, making significant contributions to a discussion on DNA-based techniques for detecting STEC E.coli in foods. I appear to have come around full-circle.


Still, in spite of the progress I’ve made and the opportunities that are opening, there is still a sense of disappointment about the business that I’m closing. A hint of failure perhaps? When we were talking about it, my wife offered this advice:

“That’s the thing about a path – you can’t always dictate where it goes. Sometimes you just have to follow it.”

She’s a very wise woman, my wife. She doesn’t use a satnav. 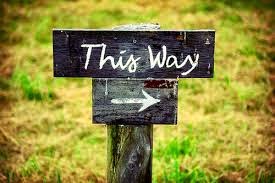