A fond farewell and a huge thank you - Day 32 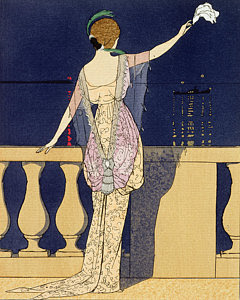 All good things come to an end, or so they say. I can tell from how wretched I feel writing this goodbye how lucky I am to have hosted the Advent Series for the past five years. (This adieu is my own personal "Heartache"). I have learned so much, made some amazing friends, strengthened bonds with others and discovered information about contacts that I would never have guessed had it not been for writing on here. I have unearthed more odd facts and chosen a larger number of illustrations and music for other people's pieces than I care to remember. It is humbling to see how the series has grown since 2014: it now has a wide, global following and contributions have been submitted from a range of locations around the world; writers have aged from teens and to grandparents and people facing up to growing old, and subjects have been equally wide from births and babies to fathers, grandmothers and elderly great aunts; and it has been wonderful to see how people who have joined in from various sectors (including HR, artisan cheesemaking, economics and forecasting, research, Tech, L&D, Facilitation, Facilities and Workplace Design, Artists and Consulting);  and a wide range of attitudes and opinions have been voiced, including through stories, autobiographical reminiscences, confessions of loss, comments on the landscape, and poems. I love the fact that the series is not commercial, it is something that has been created for a community out of individuals' consideration for others and the simple joy of writing something to share. Some people find contributing to the series cathartic or hope to help others, others wish to describe experiences, make a record of the year, or vital moments that have passed,  to share a sadness, talk about loved ones, make sense of the past,  extol a joy or inspiration, light the way, or simply find their voice - the series has been the launch pad for a number of now well known and respected bloggers.  I am not going to call names and single out specific posts - there have been far too many exceptional posts over the years although all the links above are to posts that proved particularly popular. Every blogger has left their mark and the series would have been the poorer for any loss of contributions. "High-fives" to each and every writer.

Being the curator, taking the series on after its initial foundation by Alison Chisnell, I have been privileged enough, to interact quite frequently with the people who have crafted blogs. When people have wished to remain anonymous I have tried hard to protect their identity. Some contributors have written posts that have helped others and which have commenced discussions on important matters such as mental health, bereavement, ageing, sustainability, the future, society and relationships. People have been so open and shared things that have often surprised others. I have learnt a lot from you, and many of you have inspired me and others in so many different ways. Thank you.

As you know, I am passing on the baton to a new curator - Gary Cookson. I am confident that under his stewardship the series will be enhanced and continue to thrive. The series has "become a thing" and I know that it will get bigger and better under Gary's careful eye. I look forward to being a contributor once again and crafting a piece for his chosen theme(s).

My "Hope" is that you all have a splendid 2019, full of joyous experiences, amusing incidents and handy tips that you will be able to use in the posts you craft for Gary near the end of the year.

FAREWELL and THANK YOU!