Today I am driving my mother and sister to Bath to meet up with my father and his wife. It will be a chance to have a fine lunch and to wish each other a happy Christmas and good start to 2019. The next time we will all eat together will be at my son's 21st party on the 5th January.


In a way today's post is a sort of celebration, in that, for me, the Advent Blog series is not complete without a post by Neil Usher. I first got to know Neil when he was the Workplace Director at Sky - he was one of the truly innovative property and facilities experts who understood the impact that the workplace has on work, the people within it and the wider environment. He has moved on from Sky to work as a property, workplace and change consultant under his own advisory business - workessence, this is also the best place to read his blogs (he has been writing them since 2011 and there are many gems in his archive). He has also written an excellent book, The Elemental Workplace. It is an interesting read and demonstrates his passion for ensuring that everyone can have and deserves a fantastic workplace. It is a pragmatic and entertaining read by a genuine expert who can demonstrate that he has practiced what he preaches. He will be writing a second book in 2019 to be published in 2020. If you want to know more about Neil, you can find him on Twitter (his handle is @workessence).

Neil is an exceptionally talented and creative writer. His pieces have a flow to them and need to be read without distractions for maximum impact. In consequence, there are no punctuation illustrations. 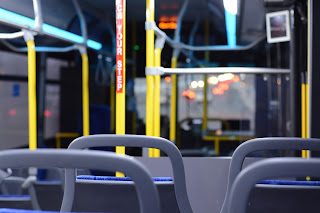 On emerging
Something was wrong. Something had been wrong before, but never like this. The severance of Lou’s umbilical cord during a spacewalk was calming, a soft suffocation in isolation. She had realised she was the lone passenger on the bus home, just herself and the driver, focussed and disinterested.

The bus slowed at each stop and sped again when they revealed themselves to be empty. It didn’t stop from the pick-up through to the lone bell when Lou only alighted.

Lou lived across a field. Anywhere else she would have been nervous about walking alone along the main path lit by lanterns made to look old and hiding the scrub in darkness.

There was none of the sound of shuffling feet and snuffling dogs, the exhausted exasperated forced chatter of parents to babies in buggies, the duller half of a dull phone call. No-one whistled anymore, she thought. It was just Lou. The glow from a hundred lounges was at its warmest, the air she breathed in step with her pace at its coldest.

Why was this time so wrong? She ran through a list. She liked lists, when something made it onto a list it was half done, the easy half at least. The list was of stuff she was always told was important, that the vacuously-profiled always posted and shared with unwavering conviction. Solutions are easy on the internet; six things, eight things, ten things other people do that you can do and everything’s alright.

There was purpose. She knew why she was there, she understood what the big idea was and believed in it just like all those around her, she punched the air when the others punched the air when something went well and she frowned and searched her soul when the others frowned and searched their souls when it didn’t. Often, they searched each other’s souls. Usually without asking.
There was no doubt, not a flicker. She knew people who complained that they didn’t have a purpose they and their people shared, and she felt bad for them but comforted that she did.

There was meaningful work. She understood how what she did fitted in, why it was needed and how important it was. She knew that she could do things the others couldn’t, so she felt needed and valued. People would say ‘this is a job for Lou’ and this made her happy because it wasn’t ‘Lou or’ or ‘Lou and’ but just Lou.

She knew that what they were all working towards was better than anyone else had ever done anywhere and so it was special, and this had stopped her stepping off the conveyor belt so many times when she wanted to. Even if it wasn’t true.

She learned and grew, she was better at what she did and knew more stuff and was better able to handle tricky moments and worked things out better than when she joined. She didn’t need to sit in a classroom for this, every day was its own training course with no agenda or discussion of ‘what she hoped to get out of it’, just a randomly-assembled corporate assault course.

She felt resilient, even though at times she could have sworn she was broken yet always found something, enough, to get through it. Then it was forgotten all over again.

Her team were incredible, the most angled and impossible jigsaw fitted together beautifully, and everyone know that without the other pieces they were nothing. She knew she had found many of these shapes and would sometimes stand back and watch and see the completeness playing out before her eyes and wonder just how that could have been possible.

The jigsaw needed her too and she knew that. She had painted the picture on the box lid, at least with words. They had wanted to be part of it. Without her they would have been part of a lesser jigsaw, that you could do with your eyes closed.

She had a life, too. She saw her family, they valued the time spent but all wished it could have been more but knew plenty of stories of absent Mums and consoled themselves that what they had was better than what they could have had, that the grass was green enough right where they stood.

They coped with her morning distance, busied themselves with their own awakening, her flitting eyes elsewhere in a random landscape. Her children drew pictures of what she was like when she came home in the evening, her fuse cropped, her voice drawling, an unwillingness to arrange anything even stuff that was fun, pushing everything away, clawing at peace.

That was the list. Everything was okay, the pieces were in place, it should all be right. But instead she was lost.

The abandoned bus and field and path suggested she was still searching as she resolved that it could not go on. That was one conclusion, far too late, at least. She would resolve that when the string of tiny lights was back in its shabby box.
She flicked through the days past like vinyl records in their whitewashed wooden boxes, stacked, ordered, regular, inspecting some, passing over others.
Perhaps, she mused, if there weren’t other agendas playing out then the charcoal of her dolour might have made sense: the entirety of the diaphanous mesh of unarranged meetings hurriedly held, whispers loud but indiscernible, comments clumsily coded, laughter lurched and suppressed, ideas made flesh before disclosure, papers hurriedly scooped and folded, glances without words, and shallow reasons for having to go. She was there, but not always, included, but not always, visible but not always; a life, almost.

The front door opened, the warmth prickled her face, and familiar voices scrambled to be heard. Her own voice was clear, her mind was clear. It had lifted. 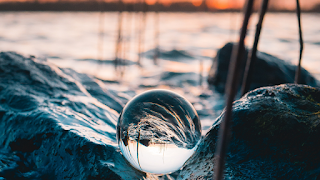