The first weekend of Advent and I am sure that you have a lot to do. It is amazing how the days rush by at the start of the festive period. I'm off to my first official Christmas lunch today - escorting my mother and sister to the British Legion's annual event in Somerset. Every year for the past 17 years my sister has dedicated a fortnight in late October/early November to standing in her local shopping precinct selling poppies on behalf of the Legion. Invariably she manages to raise more funds than the other local poppy sellers. Despite having her own problems, she is proud to be doing her bit to support others and making their lives easier. I think she is amazing.

Today's piece is written by David Head. David combines sound commercial nouse with an empathy for his fellow men and is a highly respected executive coach and mentor. Many years ago, longer than either of us probably want to acknowledge, we were colleagues and I learned much from David. For a long time before the sector became the lynchpin of most organisations, David was a leading name in Technology recruitment. Many a CIO owes their career success to David's advice and judgement, even now he specialises in supporting people through periods of change and career transition. About five years ago David decided to move down a slightly different branch in his own career and qualified as a coach. Since 2013 he has worked for the award winning, London-based business performance and leadership consultancy, Accelerating Experience, as an executive coach and mentor. David for many years has been a keen sportsman (tennis and golf) and is also well read and an erudite writer - you would probably enjoy his articles posted on LinkedIn. You can follow him on Twitter - his handle is @DavidAHead2 - and, as you might surmise from his piece below, he is a loving family man.

David's piece is an amazing snapshot into history and we are privileged that he has chosen to share it here.

I am, and always have been curious about people’s lives, the choices they make and how these come to shape them.  This year I decided to research and write a family history.  As a father of three children I would like to do my best to preserve what is known of my family, before it slips into the sands of time.

I have learned of some very interesting and colourful characters, including a Great Aunt, Margaret, who led an extraordinary life. We have much of Margaret’s correspondence in letter form from these years and therefore know quite a lot about it. My sister is currently putting it into publishable format and I would like to share some of it with you today, both because it is interesting social history, and because it has resonance with the theme of Darkness and light.
Margaret’s parents (my great Grandparents) were philanthropic sorts whose lives were shaped by the First World War.  After fighting on the western Front in WW1 my great grandfather Edward became a vegetarian pacifist, utterly opposed to violence and war.
The influence of her parents would certainly have shaped Margaret and in 1938 she travelled alone to India to join her future husband George, to work with the poor for the Peace Pledge Union (PPU).  It was an experience which was to shape and define both of their lives.

Margaret headed off to India in 1938 just as the dark clouds of war were becoming ever more ominous.  On her journey she wrote;

‘The news sounds disturbing from Europe and I feel that the powers that be are precipitating a disaster. There is trouble everywhere…neither side will get anything but disaster’

Elsewhere her tone is lighter and rather like a backpacker today she describes the scenery on her journey in vivid detail.

‘It was marvellous going down the Suez Canal. There was desert each side and Arabia was quite lifeless looking. There were several interesting sights on the Egyptian side and the Suez Canal hospital was very Eastern looking, with Palm trees all around and people in weird black robes and men in Night gowns.’

In the 1950’s my Dad would fight in the Suez ‘war’ which in truth was a complete farce. I sometimes reflect that he would have seen similar scenery to Margaret back in 1938.

When she arrived in India she spent some time staying on a Swedish missionary hospital, although her cause was more about saving lives than saving souls. Her reflection on the missionaries and their work was quite telling.

‘The Swedish missionaries with whom I am staying are very sweet people but place too much stress on ‘converting souls to Christ’. I must say that the Christians they’ve ‘converted’ look more miserable than the others, which shouldn’t be.'

Elsewhere again the tone is lighter.

‘We visited a little village..the birds and flowers are beautiful . The people, or Gonds (original Indians I am told) are childlike and simple, but also very charming. They gave Barbara and I 12 baby tomatoes as a gift, which we peeled and ate before them to show our appreciation.’ 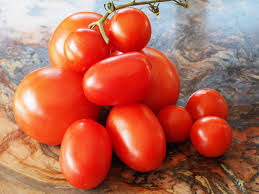 But Margaret was there to help the poor and the sick and other entries give an insight into some of the suffering she encountered during these years. In one village she reports;

‘One baby was almost blind, others had sores, fever and other dreadful things.  One girl had blackwater fever.  Her urine was black and she was in an awful state. They (the adults I presume) spend their money on toddy and opium.’

Margaret later went on to work with Gandhi and lived on his Ashram during the 1940’s. He said that he regarded her as a daughter and had a nickname for her which was Kamala Bai, Sanskrit for Lotus Flower.  In Hindi the lotus is a symbol of beauty, fertility and all that is good in life. 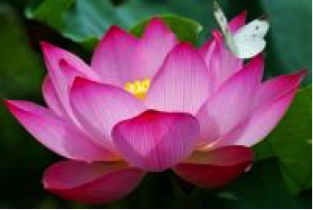 By now Margaret was a trained midwife and worked with the Gond people to help them to understand the importance of hygiene in childbirth, as well as supporting Gandhi and his people in other work with the poor.  She later helped them during the painful process of partition - specifically helping women and children who got caught up in the chaos of the time.

Her letters refer to Gandhi as a friend and spiritual leader although much of their correspondence was matter of fact, perhaps reflecting the pared back, simple life they chose to live. In one telling passage she did however praise Gandhi for his religious tolerance;

‘Gandhi has qualities Christians should possess themselves.  They (Gandhians) use the best of all religions to base their lives upon.  Gandhi is a Hindu, but the “Sermon on the Mount” and the commandments to love god with all one’s self and ones neighbour as oneself are all wrapped up in his philosophy of life together with the best of the Koran and ideas from famous thinkers.’ 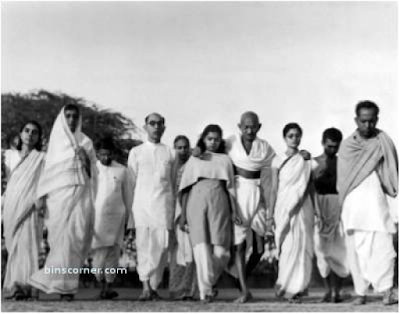 If Margaret was quite matter of fact in her correspondence about Gandhi (who was known for being distant from his own wife and family), the reverse was true when she describes her husband George, who was a fellow philanthropist in India.

‘All I ask is that I may prove to be a worthy wife… things and people who don’t demand much of one, one easily forgets..one must love the highest when one sees it’

It is interesting that the language becomes more formal, almost deferential when she describes her admiration for him. My best guess is that this is a reflection of the times, as well as her great love.

George worked himself to exhaustion looking after the poor, building them sanitation and farming with them. Margaret describes his decline in great detail in her correspondence.  This, from a trip to the Friends' Mission in Pashmari, gives a lasting sense of her kindness and spirit.

‘George isn’t well so he’s come up here too.  He is sleeping and resting most of the time.  I am glad he is able to sleep now.  This is a simply lovely spot in the hills of central provinces. Caves, great high, huge rocks, trees bursting into fresh green leaves.  Pools of crystal clear water right away down in the depths away from anybody..’

Sadly he became very ill and eventually died of fever. Margaret was heavily pregnant by now and you can feel the pain in her correspondence.

‘I feel like a bird without a wing..he was a great inspiration and although the responsibility is tremendous, it will be a great comfort to have our baby as a life companion and try to see how well I can serve India and bring up George’s baby to be the best he can be.’ 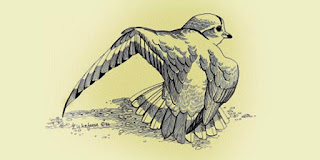 In a letter to her Mother (my Great Grandmother) she wrote;

‘I’m trying to be calm now. I was fairly calm until he died and then I gave way for 3 or 4 hours.  But it’s hard.  Death is so final in one sense of the word never another chance. He was a grand man – he knew no limits – his generosity, courage and love all selfless, were beyond compare – I’m proud of him; proud of being his wife and shall be just as proud to be the mother of his child and the carrier on of his work.  He was a darling but didn’t know it. He was true as steel and clear as crystal “He being dead, yet speaketh”.

P.S. He wants no mourning.  He once said, so I wore my prettiest sari to say goodbye for the present to him who I loved best of all, and am wearing it now.  Please write and comfort me.’

Four months after George died, Margaret caught Pneumonia and her baby daughter was stillborn. She recovered but I can only imagine how painful this double blow would have been, in a land torn apart by sorrow and division. 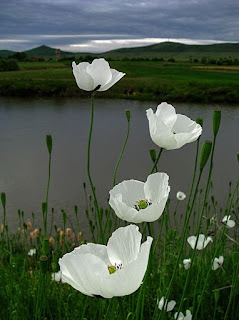 Against all expectations, Margaret stayed in India and continued her vocation, working with Gandhi and later Lady Mountbatten during the partition. She set up a training school, at Gandhi’s behest, for pupil Midwifes for the lower casts of ‘Wadia’ people.  She eventually returned back to her home in Dorset in the UK and we know little of her life there, save for the fact that she died at the age of 48 as a result of Liver cancer. She never drank alcohol or smoked, was a strict vegetarian like her father and appeared to live a faultless, altruistic life.

I find the fortitude and sheer goodness she showed through her life’s work to be inspirational. Molly Tandy, a friend from her time in India, quoted Margaret in her epitaph speech thus;

Margaret certainly lived her life that way and she leaves me with a sense of light and hope rather than its opposite. 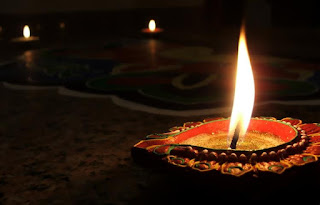 What stands out most from her letters is the love she had for the Indian people, her own family, and particularly for George.

I have attached two photographs of Margaret, who appears on the left hand side of both pictures, the first taken before her departure to India, 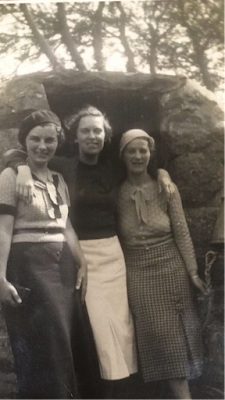 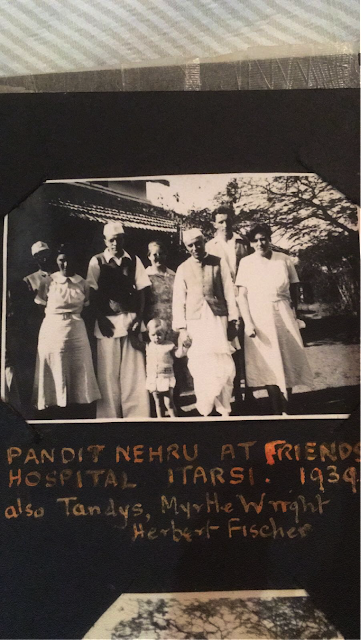 There is also a picture of George playing Cricket in happier times. 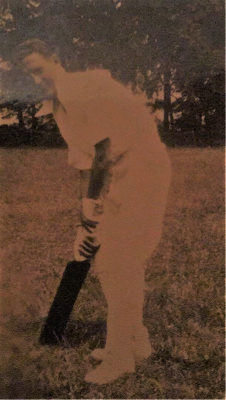 Dr Bill Tandy, who worked with Margaret in India and looked after her when she was dying, described her as