We have our office Christmas Party this evening. Many firms, due to the diverse nature of the workforce have "Winterval" parties or a seasonal event, however, being a long-established UK business, we are remain traditional.

Today's post is by the executive coach and company director Tony Jackson, who is well known to many on social media. He has a number of Twitter handles (depending on why/how you know him) - @Jacksont0ny is his personal account, @ChelshamConsult is his company account and lastly @t0nyjPhotos is his "third place" where you can often see some of his wonderful photos (as indeed you can in today's post as al the illustrations have been taken by Tony himself). Tony writes a fine blog that you can find on his business website, Chelsham.co/blog. Tony commenced his career by training to become an accountant before realising that he had a greater interest in people as opposed to numbers. He lives with his husband, Andrea, in South West London. His take on darkness and dawn is very personal and touches on difficult subjects, but it also has much to do with his penchant and talent for photography.


My immediate reaction to this Advent Blog series’ theme was to ponder whether darkness is a negative and dawn a positive – or whether both can be either.

Without darkness we cannot see the amazing glory of the night sky, it is harder to rest or sleep and some creative experiences cannot happen. We dim the lights for a reason, don’t we? Horrors dawn on us do they not?

In that light here is my offering, perhaps more a stream of consciousness than a blog this time…… 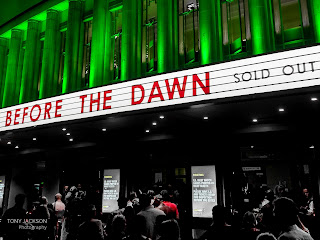 It took me 30 years of adult life to work out that the times when I haven’t been anywhere near at my best, when I haven’t really understood my own reactions to events around me, be it at play or at work, I have often been driven by anxiety.

There. I said it.

Most people I meet or with whom I work wouldn’t notice – I can cover it well.

However, anxiety has taken me to some dark places over the years and, in extremis, was even the catalyst for one of the very few ‘bad days’ in my relationship.  Over a decade ago (the year of two awful events which I mention below) my panic attack in a crowd ruined a long-awaited treat for my wonderful husband. Of course neither of us realised at the time that it had been a panic attack. A boss once asked me, baffled, why I had ducked out of an important team gathering. A workmate noticed that a real career success had only bred insecurity (“when will it be taken away from me?”). Hello Imposter Syndrome.

Good friends and relatives know that I sometimes have to work through anxieties to turn up to events. Friends laugh with me when they hear me say ridiculous things such as “will we get a table?” (answer of course: “if not we’ll go somewhere else”). In the mix is PTSD emanating from teenage experiences plus a physical assault at the age of 40 when I thought, I believed, I was in a safe space. Add to that the awfulness of the man I love being in that square when the bus blew up on 7/7  - this within weeks of the assault. He shouldn’t have been anywhere near there but had been displaced as events unfolded. The last message I received was “I’m getting on a bus at Euston”. Those two hours waiting to reach him were the longest of my life and then I had to work through the guilt of feeling so damaged even though neither of us had actually been hurt physically. Unlike so many.

I managed to reach out for help and we all need to recognise that not everyone can or will. It’s also why I started going to my detox retreats. I have discovered ways of self-soothing/self-healing and I commend this to you.

Being able to recognise this as anxiety has been the most remarkable breakthrough and has changed my life. I have a label for it. I can ask what the feeling is telling me instead of being confused about it. I know, yes I know, that I am a better person (and a better coach come to think of it) for having broken out of something which I simply thought was ‘my dark place’. A dark place which was worse at times than if the thing about which I was anxious had actually happened. What a waste of energy.

But if I have a plea it is this……please remember that if a colleague (be it the composed HRD or a successful, generally acutely self-aware executive coach ☺ ) is being a little ‘different’ at times there is almost always a reason. There may be interference in the form of anxiety or other mental health issues. We aren’t good enough at supporting colleagues with such issues and organisations which get this right will reap the rewards in terms of employee loyalty.

On the other hand….

Darkness can be a place from which beauty emanates.

Photography is my ‘third place’.  The light I allow in through that shutter into the dark innards of my Nikon can create art. 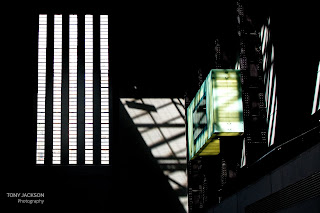 I am at my happiest, and least anxious, mooching around with my camera then messing around on Lightroom (not in a dark room these days) in order to tweak the end results. I do it for me. Only for me.

That said I take genuine pleasure from others’ reactions to my work and have even splashed out on a website http://tonyjacksonphotography.com which is also for me but for you too …. if you want it.

2017 was a year of dawning realisation for people who belong to minority groups – as do I. I know that I have enjoyed privilege as a white male but I have also experienced life as a gay man and I am troubled, anxious you might say, about the changes in the western world. (Let’s not talk about the 70 or so countries which we cannot visit for fear of imprisonment or worse).

Or are they actually changes? I thought that we had become more enlightened, that more people had learned to accept difference even if they did not or could not understand. I had taken heart from the vibrancy and multiculturalism of London 2012. I had read too much into what I perceived to be more inclusive times. That we had left behind the dark days of Section 28, of repeated failed attempts to introduce an equal age of consent and of zero employment law protection.  I and others had a false sense of security. 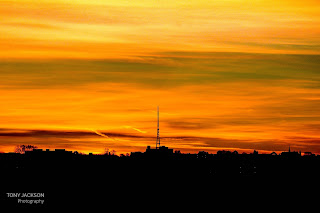 The dawning realisation? That the enlightened times which I thought we could take for granted were perhaps a mirage. Just look at some parts of Twitter from the perspective of a black man or a trans woman or a friend from another EU country or a refugee. Such hatred. Such unfiltered bigotry. Such joy in castigating difference. Maybe we had only suppressed it all – maybe it had never gone away.

It is deeply depressing and one has to work hard, really hard, to accentuate the positive. For we risk heading backwards and it falls to all of us both to fight prejudice and to shed positive light on the lives of others.  To be unpopular if needed as we stand up for others. To say that we will not allow a return to the darkness into which we know our fellow humans can descend.

And yet, I am delighted to say, there has been a dawning of even greater happiness for me this year.

Along came this chap – Dudley. 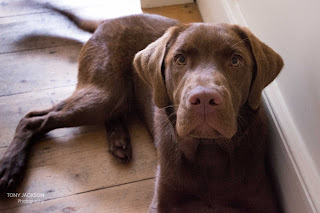 He radiates joy. He has the world’s waggiest tail (that’s official by the way). He is always happy to see me. He cures that anxiety. Most of the time. For sometimes it is I who is anxious when he is home alone. He just contentedly chews on his antler. He is a revelation.

Then, much more importantly, after 18 years together, and 10 years on from our civil partnership, Andrea and I married. For that is what we now can do. Let’s note that it was the much-maligned Coalition Government which made this happen. And they even set it up so that our marriage is backdated to the date of our CP. So we also had that dawning thought that, in one fell swoop, we had been married for a decade. Happy Tin Anniversary to us. Yay!

And can we all please notice that the only thing that has happened as a result of this legal change is that more people, their friends and their families have experienced merriment and joyfulness?

Not a completely dark time then. 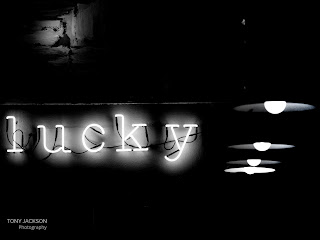