A whole week of the Advent blog posts has passed and what an amazing selection we have had - ranging from encouragements to be more considerate and kind to those around us, to extraordinary tales of family history and very personal reflections on the highs and lows of the year just gone. The quality of the submissions has been superb and there are still many great posts to come.

Today's piece, another gem, is written by Sheridan Webb, and it is her first time contributing to the Advent Blog series. Sheridan is the Director of Training Services and owner of Keystone Development and Training Ltd. Sheridan is based in Liverpool. She is both creative and highly numerate (her degree is in Maths and Management Sciences at Manchester). She blogs, mainly on learning related subjects via her business website (here is the link) and is active on Twitter (her handle is @sheridan_webb) As you will gather from below, Sheridan is a loving, working mum, but still manages to find some time for herself - you may discover her in a Zumba class or else gardening. She used to be a volunteer gardener at the National Flower Centre in Liverpool, which was established as a Millennium project. Regrettably, the centre was forced to close in January of this year (a victim of austerity) and then suffered both vandalism and arson this summer.

When I was asked to blog on this title, I thought it would be easy – but it wasn’t. It immediately evokes an expectation of an epic personal journey: Overcoming obstacles and immense difficulty to finally arrive in a positive place all the wiser for the experience.  But I don’t have a tale like that to tell – no real dark places to emerge from. Maybe that’s because I’m an optimist, though I don’t think I am. I’m a resilient and practical person who deals with whatever gets thrown at me and moves on. However, I haven’t had any major crises to really test me. Am I lucky, or has my practical and resilient nature just prevented these things from occurring? We will never know. Which brings me back to the fact that I don’t have a story of difficulty and resolution to share, and why I sat on the title for a good while! 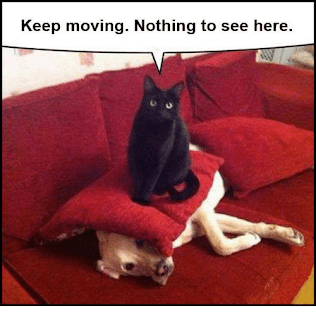 So, (being a practical and resilient sort) I decided to take the title a bit more literally and tell a story. It was about 6 or 7 years ago when we took the children camping for the first time to the Lake District. It would have been lovely, but it rained. 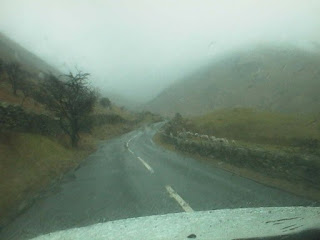 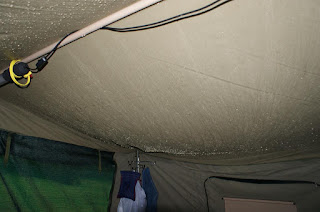 That in itself would not have been a problem if the tent that had been in storage for the last 8 years didn’t leak. 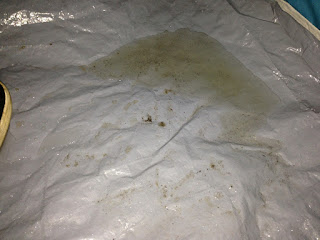 But we may as well have been sleeping under a colander! We spent the night getting dripped on and having no sleep at all – apart from my son who was about 5 at the time and had somehow managed to find the only dry spot in the tent (plus even now, he can sleep anytime, anywhere!). Around 3am the rain finally stopped and the torture of water dripping on me stopped. I tried to get comfortable in my soggy sleeping bag and hoped to get a couple of hours sleep. No chance, because at around 4am the daughter (aged around 7) decided she needed the toilet. Obviously, at her age and at that time of night I wasn’t going to send her across the field on her own, so I got up too. I donned my coat and wellies and off we trudged to the toilet block, all the time me wondering how on earth this was supposed to be fun, and resigning myself to the fact that there would be no sleep tonight. 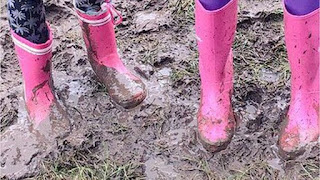 I don’t know what made me look up on the way back from the toilet block, but I’m so glad I did. The clouds had cleared completely and the night sky was like nothing I’ve ever seen before or since. The sky was illuminated with stars. Every constellation clearly picked out. The Milky Way as clear as any photograph I’ve ever seen. I just stopped dead and took it in. 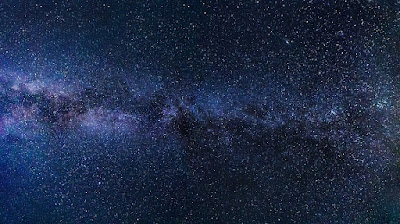 Lack of sleep and general sogginess forgotten. I got my husband out of the tent (who was not impressed initially as he was just about dropping off to sleep), but he too was awestruck by the sight. The three of us stood there in wonder and we quietly pointed out various constellations to our daughter. It felt we were privilege to a rare thing, or members of a secret club, and it made all that misery of the night so far worth it, because without it I would never have been in that field at that moment seeing that sight. 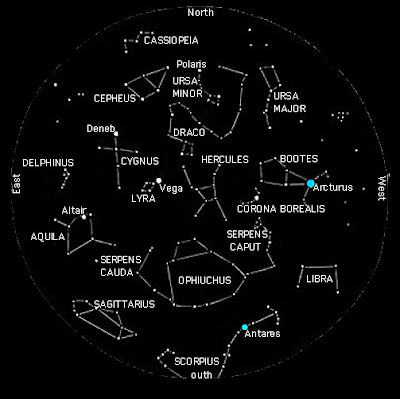 So although I don’t have ‘dark times’ to share, I have bad days like everyone, and on those bad days, I always try to look up: To see what’s ahead; To look for the glimmer of light. Sometimes, there’s nothing there, but often there is. And even if there isn’t…at least I looked for it. 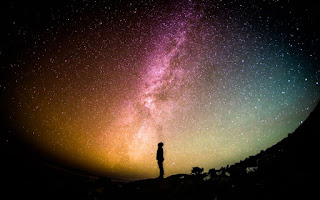