Day 1 (Friday 1st December 2017)
It is the first day of Advent. It is with great pleasure that I welcome to the 2017 Advent Blogs Series, with pieces written on the theme of Darkness and Dawn. It is both a privilege and an honour to host this annual event. I know from people's comments, when they submit posts, and also from the observations that have been made on social media, that this series has become a much loved and eagerly anticipated annual tradition. I can promise you some wonderful blogs over the next few weeks. Last night I attended the most beautiful carol service, held by candlelight in St Bartholomew's church near Smithfield, the oldest church in London. It was exquisite, so much so that it reduced one of my colleagues to tears. It is an annual event, hosted by LHH Penna, and I always used to say that it was "the start of Christmas". Now that milestone has been usurped - the launch of the Advent Blog series is the commencement of the festive period for me. It gives me great joy to bid you "Welcome!"

The first post in this year's Series is written by Mark Hendy. Those of you who read his Advent Blog post of last year will probably remember that he lives in Wales and is a devoted dad to young Oscar, indeed being a father made him reevaluate his priorities. Mark is a highly respected HR professional and is a lynchpin in the HR social media and wider community. He established #HRHour, which takes place on Twitter every Thursday at 8.00pm GMT and is an excellent forum for the sharing of ideas and opinions (you can find out more by following @HR_Hour on Twitter) and I am sure that Mark would be delighted if you joined in. In addition, he is an active participant in #ldinsight discussions every Friday at 8.00am GMT on Twitter via @L&DConnect (his Twitter handle is @markSWHRF) and he both founded and chairs the South Wales HR Forum. He writes an excellent blog - Hendys HR Blog. In addition to HR and enhancing work and the workplace, Mark is an avid music fan (and musician) he also enjoys boxing and supporting Swansea FC (not at the same time). He is a genuinely an all-round good guy and well worth getting to know.

Mark's post touches on his love of being a parent, but be warned, it is a sobering read as well as reminding us that "this is the seasonal time for giving"...

I’m writing this piece in November, at that point in the month where thinking about planning for Christmas is necessary. I’m at that particular mid-point between being jealous of those annoying people who cheerily brag about having completed their Christmas shopping (get a life!), and not being one of those who runs around on a fool's errand on Christmas Eve like Arnold Schwarzenegger in the movie ‘Jingle All The Way’.. 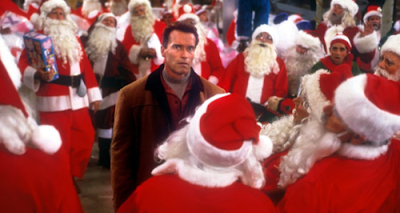 Before having a family, I was a ‘do everything the week before’ type of person.

I think about Christmas during my commute to work, a one hour drive in darkness across the South Wales Valleys, a route that rides parallel to my home town of Neath and across the Neath Valley, before it takes me up over Merthyr, where I drive on a dual-carriageway that runs above Merthyr’s Gurnos Estate, a notorious and vast council estate unfairly denigrated over the years, but undoubtedly a place with social problems. It is probably also filled with oodles of love and citizenship too, but people don’t seem to talk about that. 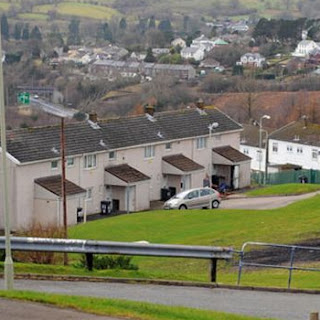 But recently i’ve been thinking about Christmas.

Each year at this holiday season, my workplace supports a charity called The Mr X Appeal which started in 1959 when a gentleman from the South of England decided to do something. Mr X started with the aim of ensuring that children from disadvantaged backgrounds across the region who might not otherwise receive any presents on Christmas day, would wake up to at least one gift. The scheme transferred from the South of England to South Wales when Mr X relocated to the area some years later.

Mr X remained anonymous his entire life until he passed away at age 92 in 2016 when his identity was revealed as Mr Tom Bravin. Mr Bravin wanted to remain anonymous for this work as he did not want any of the spotlight to be on him, but to be on the good charity of those who donated gifts, and to focus on the plight of poverty across the country.

Mr Bravin, you are a hero.


The charity has continued since Mr Bravin’s passing, through a team of volunteers that he had assembled a few years before his death, and so his legacy lives on and each year more children are supported.

The way that the scheme works is that public bodies and charities provide to the team at Mr X the first names and basic details (gender and age) of children across South Wales who would be unlikely to receive any gifts at Christmas. Mr X acts as a middle-man to assign each child to someone who wishes to take part in the scheme and provide a gift/gifts. Obviously anonymity and safeguarding of real identities is extremely important. Many businesses and individuals across South Wales take part and last year over 4,500 gifts were donated.

Then came the details of the second child. A boy near enough the same age as my son, 4.

This hit me like a dagger in the heart that manifested itself in an awkward silence. A lump in the throat formed and a tear grew. Something hit home that affected me and I’ve not been able to stop thinking about it since. 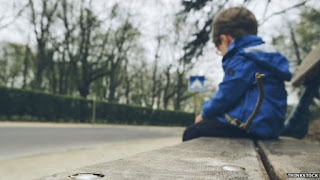 Does he understand that he might not wake up to a gift?

Does he write Christmas lists in a school classroom for Father Christmas that he understands are likely to be irrelevant? Does he feel compelled to lie to his friends about what he thinks he’s going to get, whilst other children embellish enthusiastically as little children do, about what Santa is going to bring them?

Does he see and experience the heartache likely to be felt by his parents who watch on helplessly knowing that they are not in a position to provide a gift this year whilst most other children will receive something?

Does he even want anything, or would he prefer his siblings and parents receive something instead, if, of course, he has any?

Where will he wake up and what will Christmas morning be like for him? 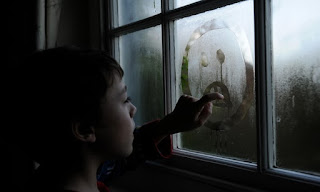 And I think and worry about the parents too, not that I know whether he has any, and about what they must be going through. How are they surviving at this time of year? How much pressure must they be under and how cruel is it that this merry season has been commercialised to the extent that it creates this form of weight on the shoulders of so many. 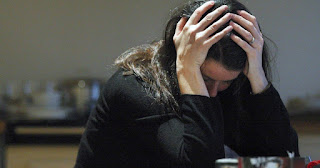 And I think about my little boy, and how I would hate to be in the position of not being able to provide for him at Christmas. I think about the soundbites that say that most families are only ever “2 pay cheques away from poverty” and how I’m going to work so hard for the rest of my life to give him everything that he needs.

And then I feel guilty, because whilst it is awful that any child might wake up without a gift to open, the one I seem to think more about of the two children nominated for us, is the little boy, which I rationalise is due to the fact that I have a son the same age.

Each day, I leave the house and it’s still pitch black as I set off at around 6.45am for my journey to work. Each day as I drive in the darkness I think about this little boy who I don’t know and is the same age as my son. Each day I wish, somehow, I could do more. 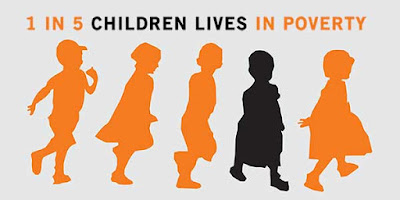 Around 25% of the UK’s population is in relative poverty after housing costs, and that figure is closer to 30% when we look at children. Recently, The Independent reported that “the number of looked after children hit a new high of 72,670 in the 12 months to March 2017”. Over a million people used food banks between April 2016 to March 2017, and the horror stories are getting worse as the new Universal Credit benefits system continues to be problematic.

This is a tough time for so many. 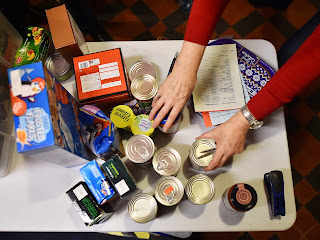 But there is light, even, if not more so, at Christmas. There is dawn.

All across the country, people are doing stuff to help others at this time of year.

People are taking part in the Mr X Appeal, volunteering at homeless shelters and donating to food banks.

People are rallying around family and friends and doing all they can to offer support and kindness. 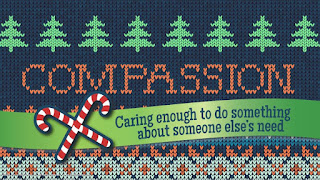 People are making plans for elderly loved ones to make sure they’re not lonely.
People in care homes and at refuge centres are working hard to make people feel and experience the true spirit of Christmas, to feel loved, wanted, happy, warm and safe.

Outstanding acts of kindness and selflessness take place such as Sarah Millican’s #joinin twitter discussion on Christmas Day where people who are alone can have company online and talk with others throughout the day.

Amazing people are doing, and plan to do, amazing things. This is beautiful and is the very best in humanity. Because whilst it’s not perfect out there, there are many, many acts of kindness that help a lot of people in so many different ways. If the tough times are our darkness, only kindness can be our dawn. 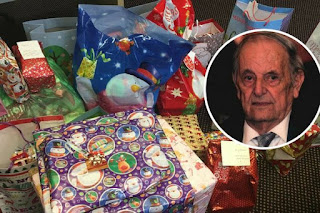