I am always interested to see what writers come up with in response to the Advent Blog theme and Sandy Wilkie has not disappointed. Sandy started out in IT and moved into HR where he could use his analytical skills. After time at Standard Life and then at the University of Saint Andrews (his alma mater where he had attained a first class degree in Geographical Studies), he changed sector to work in organisational development for the NHS in Dumfries (a town where I spent many weeks per annum in my youth). Sandy took some time away from organisational life and found love. He has moved South and returned to working within the NHS - he is now the Staff Engagement Lead at Bolton NHS Foundation Trust, where he works with staff at all levels from Directors to people on the wards and in the broader community. He knows that by improving the quality of the staff experience it is possible to strengthen the patient experience. At work Sandy focuses on workplace culture, organisational values, communication an effective leadership.  Communication comes naturally to Sandy - he is highly creative and a talented wordsmith - a keen observer of the world around him.

Outside work and creative writing, Sandy is a follower of Partick Thistle - a football club with a rich history and friendly fans. He also has a passion for land and landscapes (as demonstrated in some of his previous Advent Blog posts). As the following post shows, he also has a penchant for music.

After the 2015 'Comet Tails and Coal Dust' series of blogs, our host Kate decided to make it even more challenging with her chosen theme for 2016. So 'Heights, Hearts & Hollows' was ostensibly about a world in flux. But I couldn't even begin to address Brexit, Trump or the loss of the original Toblerone shape, so I sought solace in music. 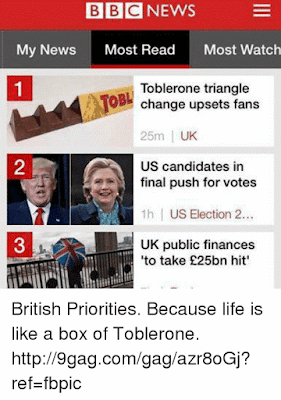 Our story begins in May 1997, when Tony Blair sweeps to power after 18 years of Tory rule.  And in the same month, that word-Meister Paddy McAloon released his album 'Andromeda Heights' with Prefab Sprout. The title track from the album includes lyrics which reflect that sense of optimism about the future:

"We're building a home on the side of a mountainAbove the clouds, next to the skyOur plans are ambitious, a blueprint of wishesThat will come true and when they do"

I still remember the beautiful Spring sunshine on the Edinburgh streets that greeted the Labour victory that Friday morning; there was a real sense of relief & optimism for our country. We had collectively ascended the heights.

But that optimism disintegrated when Blair decided to join President Bush in the Iraq War. They couldn't find those weapons of mass destruction, so attempted to justify the reason for invasion (in hindsight) on humanitarian grounds. It felt a bit desperate. It was a moment when politics lost its authenticity and David Kelly lost his life in the woods on Harrowdown Hill, Oxfordshire. I still feel anger to this day.* 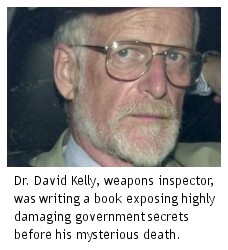 So do Heights come before a Hollow? Or are there hearts to be found, scattered around?

Two years after 1997, the Beta Band, follow-up their critically acclaimed 3 EPs with a somewhat overblown but creative eponymous debut album. It may not have been a perfect record, but it contained a true gem in the form of a 10 minute track called 'The Hard One'. The wonderful Steve Mason can be heard singing a sample from 'Total Eclipse of the Heart' by Bonnie Tyler:

In amongst the creative mayhem and general eccentricities of the Beta Band, was an incongruous reference to an 1983 Jim Steinman track sung by a power-balled singer from South Wales. And a true coal miners daughter at that.

From coal dust to hearts, from the blackness of politics to the true hope provided by love. On the cusp of the Millennium, would love in our hearts conquer all; even the sense of betrayal by Blair that was to follow? And can it still today?

Steve Mason was later to record a track called 'Oh My Lord' on his 2013 album, Monkey Minds in the Devil's Time. But Nick Cave & the Bad Seeds did a track with the same title back in 2001. This earlier song contains the lyrics

"The ladders of life that we scale merrilyMove mysteriously aroundSo that when you think you're climbing up, manIn fact you're climbing downInto the hollows of glamour, where with spikes and hammerWith telescopic camera, they chose to turn the screw"

Nick & Susie Cave had twin boys in 2000, Arthur & Earl. Such lovely innocence at the start of a new Millennium. Yet I don't think anyone can better understand the hollows of despair than parents who lose a child.

On 14th July 2015, Arthur died in an accident; he fell off the cliff in Ovingdean, near his home in Brighton. I might have felt hollow when Trump won in America, or when the Brexit referendum result was announced. But nothing can possibly compare to the impact of Arthur's death on his parents. That is Hollow. That is the bottom of the pit. That is fucking despair.** Truly.


The harrowing documentary 'Once More With Feeling' (2016) follows Nick Cave and his band recording their latest album Skeleton Tree before, during and after the tragic death of his son. In the film, Nick is bereft; he can hardly recognise himself or sing as he did before. His friend Warren Ellis keeps him going with some friendly cajoling. You see, Warren has a real heart.

It's simply the most powerful documentary I have ever seen. Grief almost tears the recording sessions apart. And yet, in the final two  tracks of the album, Nick Cave talks about the sun rising and everything being alright now. Out of the hollow comes hope. 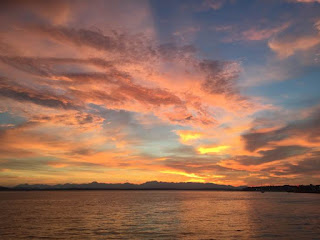 So there we have Heights, Hearts and Hollows captured through music; at moments in time: 1997, 1999, 2001/16. But actually it could be any sequence in time. Heights can crash to Hollows. Those Hollows can generate renewal again. And perhaps our human Heart keeps the candle of hope burning strong.

Make a difference this Christmas, show your heart to those that you love. Keep them close, keep them safe, let them see you care. 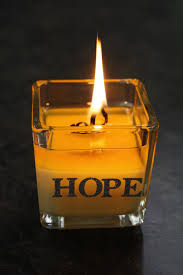 * I apologise for the anger
** I am sorry for the swearing
Posted by KateGL at 21:34