A Slice of Good

Gosh, those 4 days went swiftly. For those of you returning to work today, I hope you have a productive and peaceful time; and for those not going back to work - may the festivities continue... You could try today's post to get you in a celebratory mood (or at least one that makes you reflect on how we react to celebration, success and failure).

I always love welcoming new voices to the series and today I am pleased to introduce you to Johnny Parks. Johnny lives in Belfast - he has just bought a wonderful old bank with planning permission to turn it into a dwelling - which will happen in 2017 - I've seen some of the plans and it will be stunning. Transforming a traditional building and giving it a new future in some ways symbolises Johnny and his work. He is a top psychologist and specialises in helping individuals and organisations understand themselves and hence manage their way towards a desired better future, through necessary and successful change.

Johnny was a rebellious child and has had an unconventional route to becoming the founder and Director of the highly respected business consultancy, Toward. He started his career in a lowly role at Kentucky Fried Chicken, in Bangor, whilst at the same time doing youth work. His potential was spotted by the community development and regeneration specialist Maggie Andrews, who persuaded him to apply to university - resulting in his attaining a BSc in Community Youth Work at the University of Ulster (he also has a Masters in Managing Voluntary Organisations and a degree in Child Development Psychology). After working with disenfranchised and disillusioned youth, and doing some amazing work to help heal society in Northern Ireland, Johnny turned his sights on business. He could see the need for leaders to enhance their skills and grow as individuals. He founded the consultancy, Toward, in 2006 and the business is now active in the UK, the Philippines, India, Europe, Silicon Valley and Ireland. Johnny is naturally passionate about organisational development, based on workplace psychology, and great, but challenging (in a good way), to work with.

Johnny is an amazing man on so many levels: a devoted husband to Cathy and a father (with a fabulous relationship with his sons); a keen sportsman (both playing and watching); a loving Christian; and an excellent musician. He composes, sings and plays a mean guitar (and occasional harmonica). Johnny is naturally creative and a congenial connector - he is well-known in both the artistic and business communities in Belfast, and beyond. You can connect with him on Twitter (his handle is @johnny_parks).

A Slice of Good

Why, oh why, can’t it just be joy and a bit of fiddly-dee? Nope, here we go again…tension.

90 seconds to go. Buttocks clenched, breathing ceased, eyes on stalks. Gripping the hands of my 2 eldest boys. Wrestling for a defeat as if preordained.

Only seconds before, gleefully, I had said to the boys, “Gather your stuff…we’re invading the pitch!” “Isn’t that against the law Dad?” came the response. “Yes, but it’ll be worth it lads! A night in jail to see Ireland make history against the All Blacks! It’ll be worth it!” 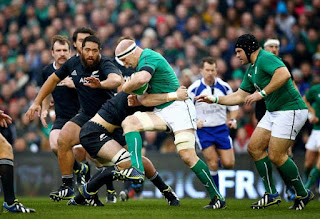 Then, they did what they always do. They bloody well beat us. Again. In the dying seconds.

If ever there was a FFS required, this was the time. FFS! They beat us again.

We went home on the train, with hundreds of other supporters. Hardly a cheep…just a humdrum murmuring, possibly the influence of the liquid sedative.

I’m not exaggerating by saying that it took me and my boys months to recover. I know that’s being a bit dramatic, but we are a rugby family and we’re immensely respectful and proud of the gladiators who choose to battle for a small and relatively insignificant slice of glory. They’re not arresting Fascism, but it still means something. We. Were. Gutted. 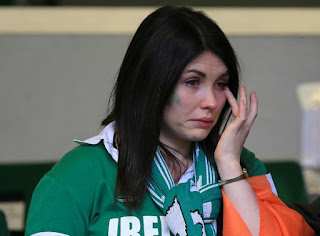 As a proud rugby nation, that embarrassing and persistent little monkey had lived on our backs for too long. But, fortunately, if you pressed fast-forward for 3 years you’d see that it was firmly & finally chucked into the mincer.

6th November 2016 and we were gathered around the TV at my in-laws. The match was being played in Soldier’s Field, Chicago, otherwise we’d have been at the Aviva, Dublin in person. It’s really hard to explain the emotion we were feeling before the match. There was a deep, fragile and extremely private hope. Although, it felt like you couldn’t whisper anything remotely hopeful for fear that you alone would jinx the whole affair. We were shtum. We knew we had a good team but we knew that they had an awesome team. And, what was worse, we knew that they knew that they had an awesome team. FFS! Why couldn't they just be a little bit crap? 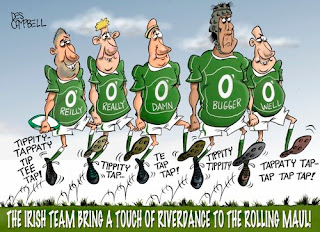 Anyway, you may or may not know but on that glorious and unforgettable day, we, the Irish nation, beat the All Blacks (the best sporting team in history, ever) for the first time. *Sigh* 106 years of defeat and shame put to bed. It was wonderful, absolutely wonderful. When the whistle went, we leapt up, embraced each other, spilt drinks, yelled, high-fived, danced and, I’m delighted to say, cried. I think someone even started singing ‘One’. 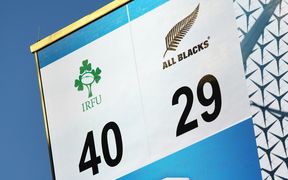 For days we talked about it, watched every interview & read every article. I’ve never listened to as many podcasts in my life! Podcasts! My and my boys grinned. Even when they had to get up with the birds the following Monday for school, they grinned. It was remarkable! 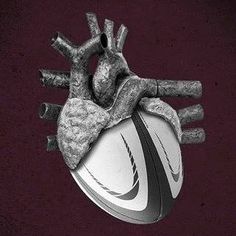 For some, sport is an annoying pop-up. For our family, it’s part of our identity. We follow certain teams, people & events. We love the drama of it all but we worship those who relentlessly pursue excellence and glory. It's primal, evolutionary and deeply sophisticated. It's the combination of art, intelligence, team and sacrifice that is so compelling for us. We’re hooked.

When Robbie Henshaw (Ireland’s no. 12) scored that try in the dying minutes, we knew we’d won. And, for some weird reason, it meant something. It was just so bloody beautiful…just for a few minutes. Minutes I'll never forget. 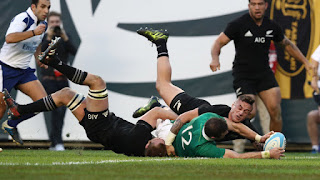 Yes, this year has been all kinds of weird but there’s been some good stuff too and I just wanted to share a slice of the good we’ve had with you.