﻿We have reached the start of a new week and I am sure you will agree with me that the blogs so far have been stunning; today's, by Tony Jackson, is no exception. It is a very personal reflection on a defining moment, not just for him in 2016 but in his life as a whole. Tony is the founder and managing director of Chelsham Consulting Limited, a firm that specialises in executive, leadership and transition coaching, facilitation and people consulting. Tony is active on social media (his business Twitter handle is @ChelshamConsult or you can contact him direct via @JacksonT0ny) - he writes an excellent coaching blog, "Silos, boundary-spanners & hot spots" and publishes posts on LinkedIn. Tony is both emotionally and intellectually intelligent and is swift to get to the heart of an issue. Resilient, perspicacious and empathetic - he is a great person to bounce ideas off or to discuss an issue with, to determine a solution.

As an added treat to his post, the beautiful pictures (excluding the one of David Bowie and the final one of the Fylde coast) are all photographs taken by Tony himself.


There are some moments which define you.

(As an aside: I genuinely felt David Bowie’s death in January as if it was that of a beloved & close family member – and somehow it seems that since that awful day it has just been one thing after another on this blue planet of ours. As if David was the one who held things together for us.) 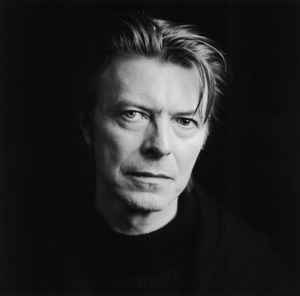 I had a complex, difficult relationship with my father. And then he went and died in October 2015 – leaving me without parents. My dear Mum died way back in 1990. His death incited so many memories of her and so many mixed emotions. 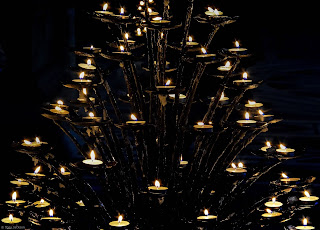 My hollow came a year later. A surreal day.


My brother was much closer to him than I ever was – and given their geographical proximity (I escaped to London at the first opportunity as a young man) had managed the estate and the house for many months. My step-mother – his second wife - had moved out and into a home near her daughter as she gradually slid into the parallel world of vascular dementia.

So it had been a trying year as we navigated new territories in a variety of ways. And none of us had ventured anywhere near my father’s wardrobes & cupboards to do the necessary clearing. Quite a hard task.

And the time had come. I’d decided that I could probably choose to be more dispassionate about matters. Nevertheless I needed to brace myself so I did, then sped up the motorways to the Fylde, popped into the village shop to buy some bin-liners and in I went. 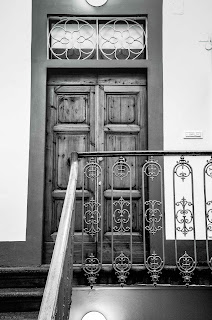 For reasons I will not go into, it is not a place filled with exclusively happy memories. And the village is a place about which I have blogged before so let’s not go there either.

I kid you not…the lock collapsed as I opened the front door.  As if the house was saying either do not enter or ‘I have you again – you may not leave’. 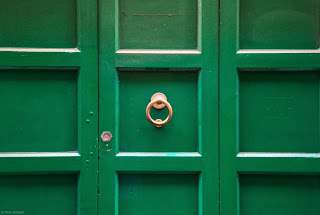 I started in the loft. Pausing on the old 78s and 45s which I remembered from my early childhood. Finding…well…finding little really.

And then in the bathroom cabinet more than one unopened Christmas aftershave which I had given him many years before. Oh so he didn’t like it after all.

And then those wardrobes. With each new door a memory was provoked. Still some things which belonged to my mother. Clothes of his which hadn’t been worn for decades. Multiple packs of new shirts (his recent habit had been hilariously over-ordering on the internet). Medical paraphernalia. Now I’m feeling wistful. The overnight bag he’d taken with him on that final admission into hospital. Still packed. Now I’m feeling hollow. 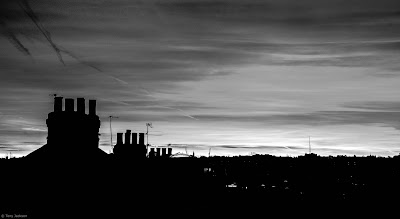 Hollow with the realisation  that something profound has happened. 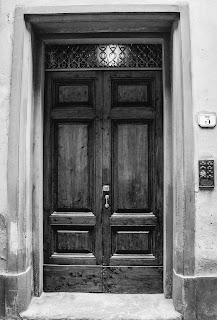 There’s no longer anyone ahead of me.

I am the responsible one.