My son is safely returned to Durham and I have headed further north, to meet with a colleague who works across The Border. It is probable that he thinks of me as a Sassenach, but I actually think of myself as a Scot, despite living in London. My heart always sings as I cross the Border and many of the happiest times in my life have been alone, surrounded by awe inspiring scenery and wildlife or with family and friends near where my grandmother was born and where she returned to live near the end of her life. I must confess that I am looking forward to Burn's Night a bit later this month. It's fun to have an excuse to go out and celebrate.

Today's post is by Ian Pettigrew - a person who deserves to be celebrated. I am blessed to call Ian my friend and we have also done work together and travelled to Uganda together as part of the inaugural Connecting HR Africa team that worked with and for the charity Retrak that supports street children. Ian is Chair of the Board of Retrak and just last week the charity became part of the Hope for Justice Family (the charity Hope for Justice undertakes work to combat modern slavery and trafficking - both huge dangers for vulnerable street children). As you will see from his post, Ian lives a busy but fulfilling life. If you don't already, I urge you to connect with him on Twitter (his handle is @KingfisherCoach) or else read his blogs on his business site: Kingfisher Coaching. Ian cares deeply about people and is a superb coach with a talent for helping others to build upon their strengths.

It feels very self-indulgent for me to work out loud in reflecting on my year, but here goes…

2017 got off to a dreadful start on 1st January 2017 when our beautiful dog, Jake, collapsed and died on his afternoon walk aged just 5. If you know me, then you’ll know how attached I was to Jake and how I loved our long walks in Happy Valley. I was devastated to lose him so soon. 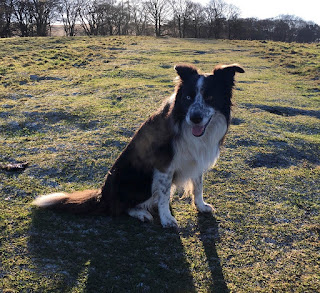 I was so touched by an outpouring of kindness from people and I was really moved when Simon Heath sent me a drawing of Jake. 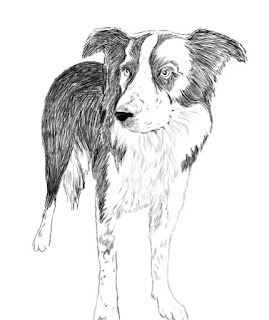 After a few months of being a dog-less household, we took the plunge and another Border Collie, a little fluffy bundle of joy called Buddy arrived into our lives. I say bundle of joy, but I think he’s actually 10% Border Collie and 90% Monkey. He’s been a nightmare; being really disobedient and not really developing any connection with us. But, hard work and affection has paid off and he’s turned into a really lovely, loving dog. It is great to have Buddy although I miss Jake loads and I still can’t bring myself to walk in Happy Valley, as it doesn’t feel happy any more. 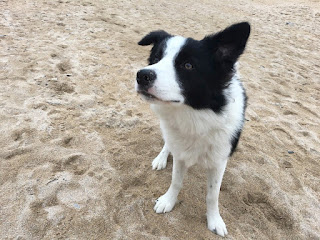 My other key reflection on 2017 is that is has been stupidly busy and I’ve worked far too hard. I’ve got three main things that I do; my work (Kingfisher Coaching), being chair of a charity (Retrak), and being a lay minister (a ‘Reader’) in the Church of England. In 2017, I’ve had a lot of times where it has felt like I’ve had full-on busy days of work work, then evenings doing charity work, and weekends doing church work. That’s why I’ve been quieter on Twitter; I have a level of busyness above which social media begins to feel like an unhelpful distraction. Top this off with an ongoing knee problem (which means I still can’t run) and a willingness to use my level of busyness as an excuse to put off some things I didn’t really fancy doing (e.g. writing and going to the gym!), and I’ve been a little frustrated with 2017.

Despite my frustration, my year doesn’t really qualify as darkness and I’m aware of the multitudes of people who have had terrible years and would very gladly swap for a year where their dog died and they worked too hard.

And if I’m being really, really honest with myself (and with you); I’m more frustrated with myself than I am with 2017. Because I feel like I’ve been a bit of a hypocrite this year. As I read what I’ve written above, I’ve lost count of the number of times I’ve helped people deal with the kind of frustrations I’ve described. I’ve helped loads of people:
•   to accept that bad stuff happens
•   to overcome irrational thought processes
•   to appreciate that you can’t work too hard all of the time
•   to realise that you can do anything but you can’t do everything
•   not to get lulled into a false perspective and lose sight of the big picture
•   to appreciate that self-care is not selfish
I enjoy working hard, I care about being professional, and I’m ambitious (not about image, status, or money but about impact) so it is important that I apply what I know.

The dawn? As I reflect on this year, work has been brilliant; I love what I do, I get to make a big impact, and I’m doing what I’m best at and what I care about. It does feel like I’m getting paid to do my hobby and this year, I’ve been joined by a full-time Project Administrator which frees me up to do more of what I’m best at. It is an honour to do what I do with Retrak, we’re making great progress in transforming the lives of street children, and another team of amazing people came to Uganda for the 2nd Connecting HR Africa trip (subsequently joining the people from the first trip in becoming amazing ambassadors and supporters!). And I feel similarly fulfilled in my work at Church. 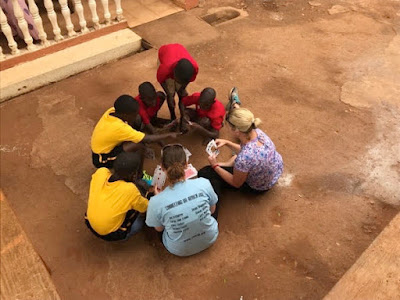 In terms of practicing what I preach, there’s two other things I’ve said to load of people this year and I’ve not really said to myself:
•   There’s a name for people who struggle with this kind of stuff: human
•   Cut yourself some slack
As 2018 dawns, I’ll continue to work to ‘practice what I preach’ and when I don’t, I’ll remind myself that I am only human and I will cut myself some slack!