There's no doubt 2018 is now up and running. I hope you are getting back into the swing of things. I have a busy week ahead, but (as the above picture for today's piece makes clear) things could be much worse. It's easy in the hectic rush of modern life to forget how fortunate we are.

Today's post is part of our good fortune. It is written by Siobhán Sheridan, the well-known and highly respected HR and thought-leader. As from July last year she has been the Civilian HR Director at the UK's Ministry of Defence - responsible for 57,000 civil servants who support the military. For nearly four and a half the four years prior to joining she was the Director of People and Organisational Development for the UK-based charity the NSPCC (National Society for Prevention of Cruelty to Children). Siobhan's career started in a customer facing role within financial services, but it was clear that she had a flair for understanding and developing rapport with people. On joining the consumer lending business Capital One, her talents were acknowledged and she moved into HR, initially via training and development (she headed up the UK-based Corporate University) before eventually becoming the HR Director for the Cards business. Siobhán lives in London, near Tower Bridge. In addition to her work, she is a trustee of a charity supporting homeless people in South London and a committed volunteer with Crisis at Christmas. She is a popular public speaker (renowned for her pragmatic attitude and passion for doing the right thing). She is also a valued contributor on Social Media - her Twitter handle is @SiobhanHRSheri.

‘When your eyes are tired the world is tired also.’

I started the year tired. Deep down tired. Putting it down to a busy Christmas volunteering with my colleagues at Crisis I threw myself into the start of the work year only to be rapidly confronted by a health worry. Visiting the doctor about something innocuous he found a lump that he was concerned about. My mind span out of control into loops of fear and anxiety at a level I did not recall having previously experienced. A short few weeks of diagnosis soon demonstrated that there was nothing to worry about but the residual darkness remained circling in the undercurrent of my mental chatter. Work was as demanding as ever, there was no space for worry or weakness. 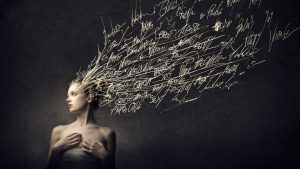 My studies on the Masters program at Ashridge were continuing and I was delving deep into thinking that I had never done before. Was change really possible? Had my work thus far been ill considered and naive? In what ways was I colluding with situations I found concerning? What was happening to the environment? To our world? Questions that brought with them their own darkness. 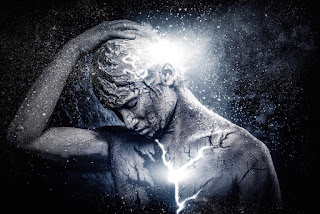 We spent a week at Schumacher College in the spring with the ecologist Stephan Harding (author of Animate Earth) considering the ecology of the world and its development over the years and the current state of the planet. I found the enormity of it almost overwhelming. How on earth could I really think that anything I do makes any difference, to anything, ever? 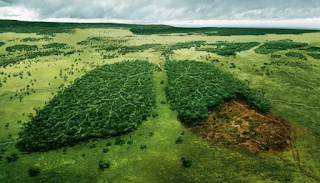 ‘When your Vision has gone no part of the world can find you.’

On the evening of the 3rd June we arrived home from a brief break in New York. I had not relaxed there, my sense of anxiety was increasing the more that I faced into some of the subject areas that I was considering and I found myself increasingly struggling with a sense of overwhelm. That evening we set out for our normal walk, heading up towards the River Thames, to turn left and walk along the Bridge past the station and Borough Market and then home. The sky was beautiful and I took a photograph of the Shard and posted it to Twitter noting that it was something like ‘Beautiful and Brooding.’ 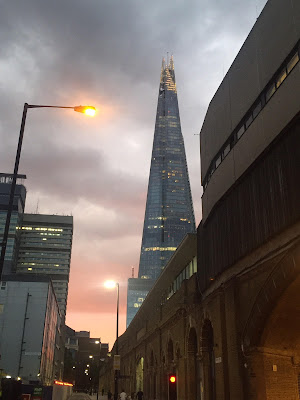 Reaching the River I felt overwhelmed with exhaustion and instead of turning left as we usually would we decided to turn home. Minutes later attackers in a van crashed into pedestrians on London Bridge and its occupants stabbed a number more who had been drinking in the bars and restaurants in the Market.

We spent the weekend at home, listening to the sirens for hours and hours and as the weekend progressed venturing out into the eerie stillness of an area normally bustling with life and energy. I felt exhausted. It felt as though the whole world was exhausted. And hopeless. I felt hopeless.

‘The Antidote to exhaustion is not rest, it is wholeheartedness.’

In the weeks that followed, when I still jumped at every siren I heard and felt uncomfortable in my own home I continued my studies. Whilst we were at Schumacher working with Stephan Harding (author of The Animate Earth) I had been struck by Stephan’s lightness and uplifting energy in spite of the clearly concerning state of the world that he faced into every day. I recalled that he had said at one point that the way to get people to take action was not to ram the anxiety down their throat but rather to encourage them to fall in love with nature and our world again. In spite of everything that he worked around and researched every day Stephan still had hope and worked wholeheartedly in the pursuit of what he cared about. 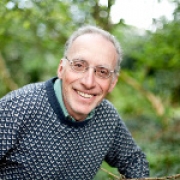 I wanted hope too. Hope for family, my profession, our work, our world. But how could I find hope amidst the overwhelming darkness of what was happening in the world?

A beautiful book by Joanna Macy (Active Hope) helped me find a way to think about it.

‘The word hope has two different meanings. The first involves hopefulness where our preferred outcome seems reasonably likely to happen. If we require this kind of hope before we commit ourselves to an action, our response gets blocked in areas where we don’t rate our chances too high......The second meaning is about desire. When Jane was asked what she’d like to have happen in our world without hesitation she described the future she hoped for, the kind of world she longed for so much it hurt. ....It is what we do with this hope that really makes a difference....

Active Hope is about becoming participants in bringing about what we hope for....Since Active Hope doesn’t require our optimism, we can apply it even in areas where we feel hopeless.’

Macy describes Active Hope as a practice, not about ignoring our pain for the world but about using that pain as a call to action, to adventure. So first we take a clear view of reality, one which acknowledges that pain and anguish. Then we identify what we hope for in terms of the direction we’d like to move in or the values we’d like to see expressed. And third we take steps to move ourselves in that direction. 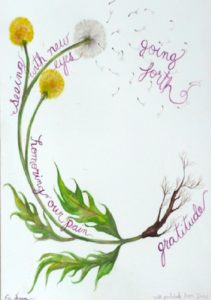 My time studying at Ashridge these last two years has given me an opportunity to start to do just that. To truly have the space and time to think about what is important to me, what values I want to uphold in my work, to move away from situations in which those values are not upheld and to move in the direction of my intentions and my hope for the world. and my life and to move in that direction.

For the first time this year in many years I will take the opportunity of the Dawn of the New Year to set some intentions for the year ahead, for the direction that I want to move in and I’ll continue to be guided by Joanna’s definition of Active Hope and also by the constant challenge offered by the last stanza of David Whyte's beautiful poem Sweet Darkness.

anything or anyone
that does not bring you alive

is too small for you.

(All headings are writing by the poet David Whyte, many taken from his beautiful poem Sweet Darkness.) 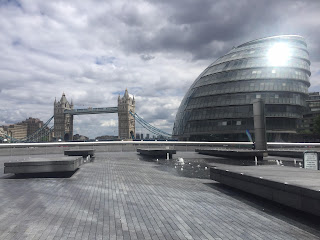