Today Is it me or are the days speeding up? It is Sunday already. Our decorations are down and the house feels strangely empty.

Today's post is by Angela Mortimer, the Founder and Director of one of Europe’s most successful recruitment consultancies, Angela Mortimer Plc.  Established in 1976, the company currently employs people in offices across London, New York, Brussels, Amsterdam, Paris, Geneva, Lyon, Sao Paulo, Shanghai and Hong Kong and provides people for clients around the globe.  Angela Mortimer has developed the careers of more than 200,000 individuals, mainly female, since its foundation. Angela believes passionately in the need to encourage everyone especially women, to achieve their maximum potential.  She seeks to inspire  confidence and positive thinking by sharing insights developed over 40 years through training, public speaking and her blogs. You can follow her on Twitter (her handle is @AngelaMortime3 - but she is less active than many due to time constraints).

For a number of years Angela was a visiting lecturer on the Mountbatten programme in New York and supported graduates in finding placements after their Internship.  Angela has made numerous appearances on television, radio and in the press, including documentaries about The British at Work on the BBC, Women in the Workplace, which was aired on television and radio, and on on the unique nature of the company she owns. Angela is a patron and founder sponsor of the National Youth Ballet with an involvement motivated by the desire to foster the themes of women, youth and excellence, and, for several years, Angela worked with the International Centre for Prison Studies counselling prison governors.

For over 12 years Angela served on both the Confederation of British Industries SME Council and The London Council of the Confederation of British Industry.  In 2009 Angela was the winner of The First Women Awards for Business Services in association with Lloyds TSB Corporate Markets and supported by the CBI, and, in July 2003, Angela won the European Women of Achievement Awards in the Entrepreneur section. More recently, Angela was recognised by the Staffing Industry Analysts as one of the top 50 in their Global Power 100 – Women in Staffing list.

Her post is NOT to do with business but it is a lovely read.

I’m a self-admitted crybaby.  When I was pregnant I would regularly dissolve into tears at the sound of the little girl asking her mother as she washed the dishes ‘what makes your hands so soft?”  It’s embarrassing but the truth and it happened more than once with the same Fairy Liquid advert and was witnessed by astonished friends so couldn’t be denied. 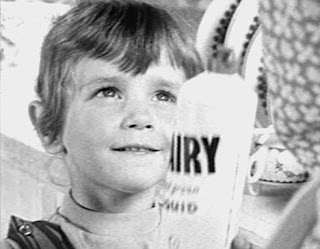 Don't get me wrong – I can be strong when needed as is proven frequently in the office and on the golf course.  I can manage threats, disappointment and fear with a measure of equanimity but I have this low threshold of crying when touched by nostalgia and when touched by the kindness of another toward me.
An example comes to mind of an extraordinary kindness shown me some thirty odd years ago when my time was stretched thinly between home, office and two children under the age of 5. 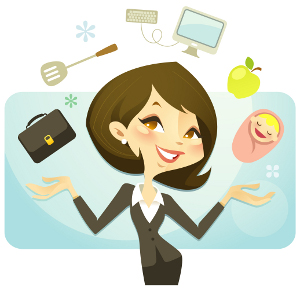 At that period in my life I was busy practicing being Superwoman.  I could manage everything in 24 hours that an organized energetic modern woman had expected of her – make lots of money, be trim and sleek after a 6 a.m. swim in the open air pool and spring effortlessly into my spiky shoes and designer suit ready to slay clients with my expertise and easy charm.   I disappointed no one – that was simply not my game. 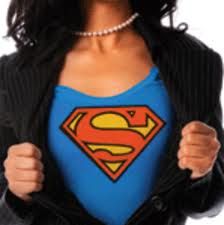 I left my housekeeper a note that day – we had been entertaining and had run out of standard groceries and all the stuff that a family gets through at the end of a big week end – asking for a lot of basic shopping to be done.  My Housekeeper was more a wife to me.  She was Portuguese, long married and did not have a bank account of her own when she joined me.  In her family it was not considered appropriate or respectful for a wife to be this independent.  I persuaded her to open one so I could provide her with a float for my shopping.  This was a good system though her husband remained unaware of it for some time – easier that way. 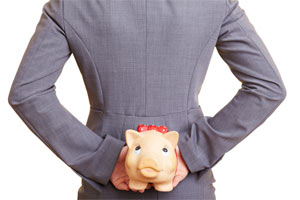 At the end of my twelve-hour day I returned to the house to find a phenomenal number of soft white bread rolls were in the kitchen.  There must have been a hundred of them.  What on earth are they doing here I wanted to know.  ‘Well you asked me to get them but I’m sorry, there aren’t 100 rolls, there are only 80 because though I drove all over town I could not find any more – the bakers and supermarkets were out of stock – I cleaned them out’!   And then she burst into tears because she had failed me.  I was still mystified as to how she can have thought I wanted them till she showed me my note.  There in black and white was my writing and clearly listed was ‘loo rolls’ looking like ‘100 rolls’. 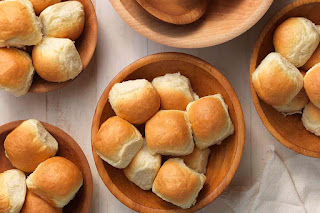 Well that was when I started to laugh till I cried.  I laughed at my clumsy failure to communicate with my lovely helper who was challenged in her second language to understand my written slang and I cried because she was so upset to have failed me with the shortfall.    And then we both laughed and cried together and that was a very good cry indeed and a happy one.  We stayed together for 25 years as a very good team and never forgot that day – a classic in miscommunication. 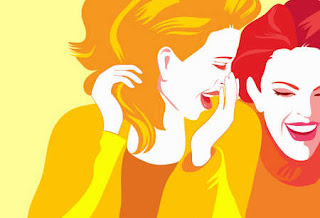 And that made me reflect on the astonishing range of opportunity we have to fail to communicate effectively with others unless we are meticulous in our spoken and written words.  A serious thought and a useful one to hold in mind as we enter this special time in the year when overloaded with nostalgia in every advertisement we see for a perfectly unattainable perfect Christmas and New Year, emotions might more readily be tipped from positive to sad.
And now - if you want a really good happy cry, go see Paddington Two but take a box of tissues – no spoiler – you might need them, I did!  Happy New Year. 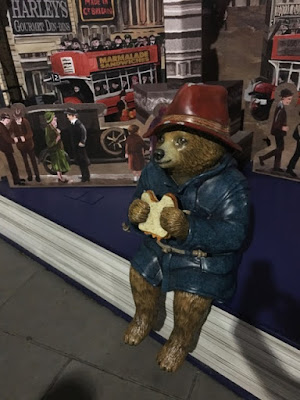