People keep telling me that I am “glowing” and noticeably relaxed, having just returned from a fortnight holiday. Although we have been home for nearly a week, memories of India still crowd my mind – the sizzle of spices frying in a pan; the scent of crushed ginger leaves underfoot as we walked through the spice plantations; the panicked flight of parakeets and pigeons over the palace in Madurai as an eagle swooped to catch its lunch; 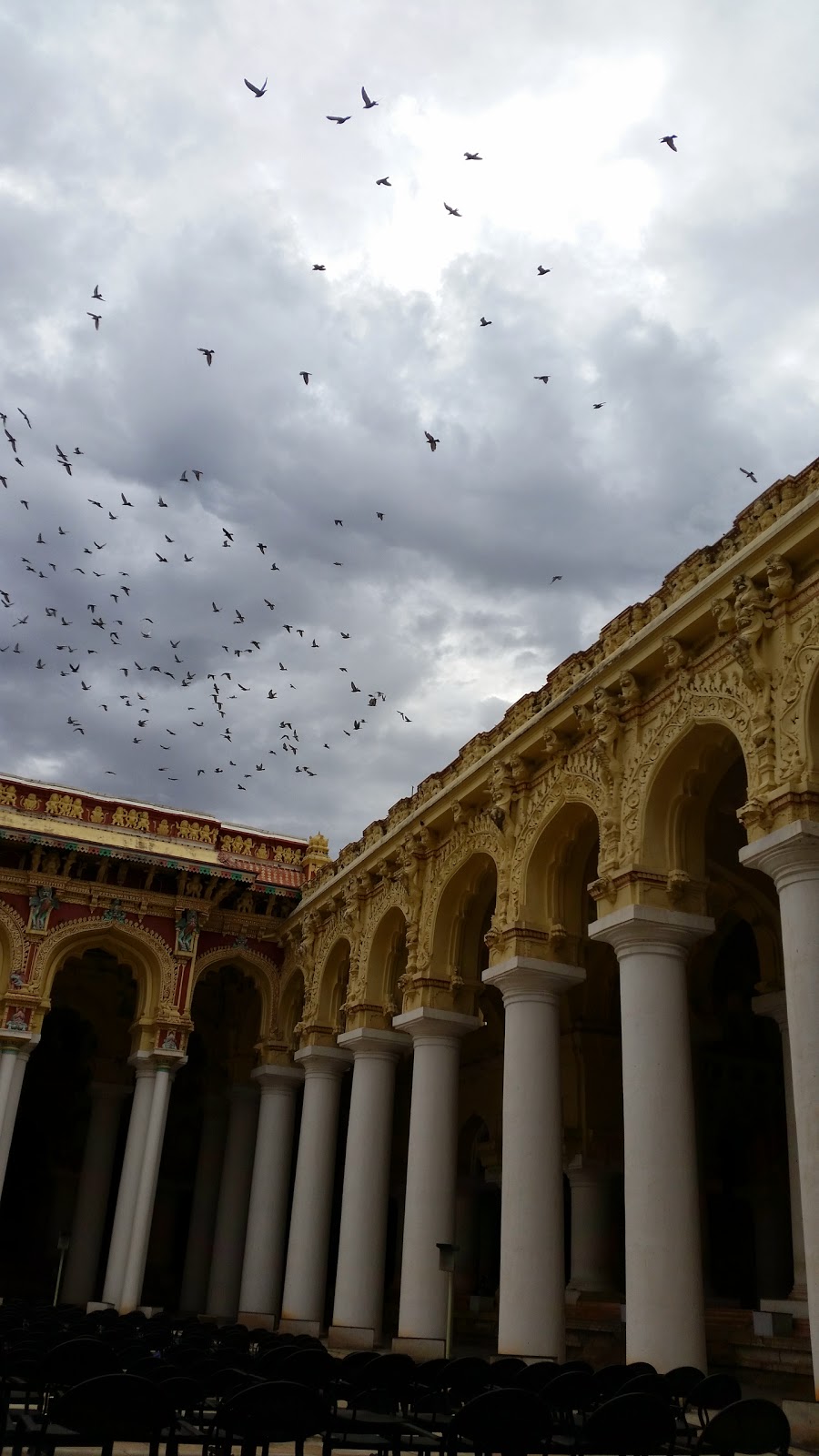 and the harsh clash of metal and sparks flying as two men with swords and shields tried to defend them selves from the other’s onslaught. I now know what it must have been like to be a spectator at a Roman gladiatorial fight. On a local contact’s suggestion, we went to watch a display of Kalaripayattu – the traditional martial art of Kerala (a beautiful region of Southern India). The demonstration was varied, ranging from group warm-ups and stretching, which resembled a yoga session combined with modern dance; 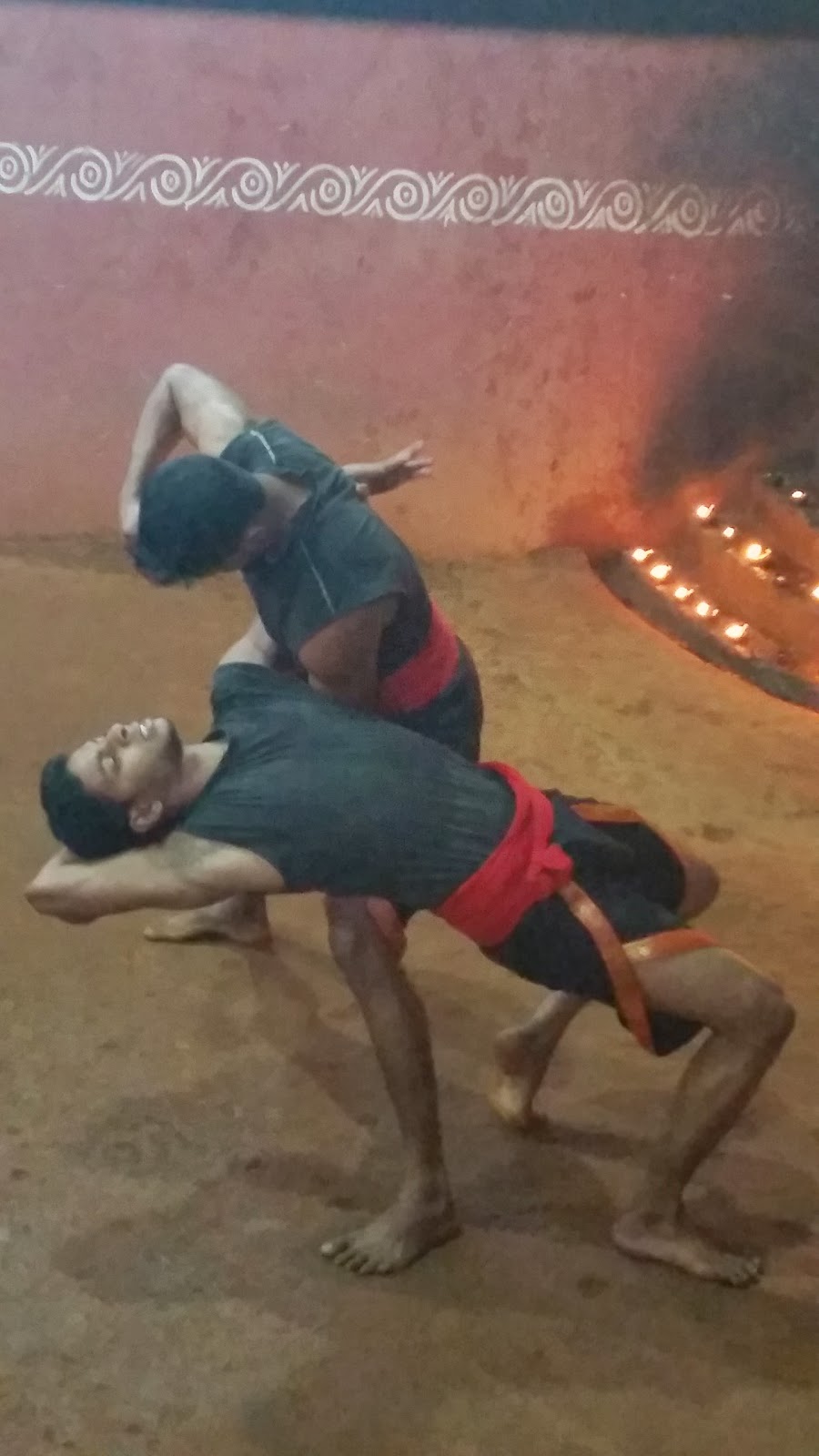 carefully choreographed fights that would not have been out of place on the stage or in a Bollywood film;


displays of skill and dexterity; and 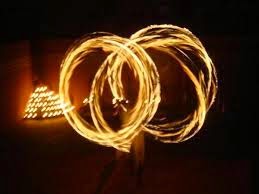 high impact demonstrations of bravery and timing, which at times rivalled anything presented by the world famous Cirque du Soleil.

In India Kalaripayattu is known as the “Mother of Martial Arts”- it is certainly an ancient skill that came into being before the 11th century AD, during a period of extended warfare between two Indian dynasties, the Cholas and the Cheras.  It was formally taught in places of learning “Kalari” (which translates as “school” or “gymnasium”), prior to the introduction of the modern education system – not dissimilar to the Ancient Greek approach. (“Payattu” means “to fight” or “to exercise”.) During the colonial period the practice of martial arts was discouraged, but the practice, which was practiced by devoted followers from a range of castes and religions, was not stamped out.  Today the Kalaris are still treated as places of worship, with a shrine and offering lamps lit when they are in use. 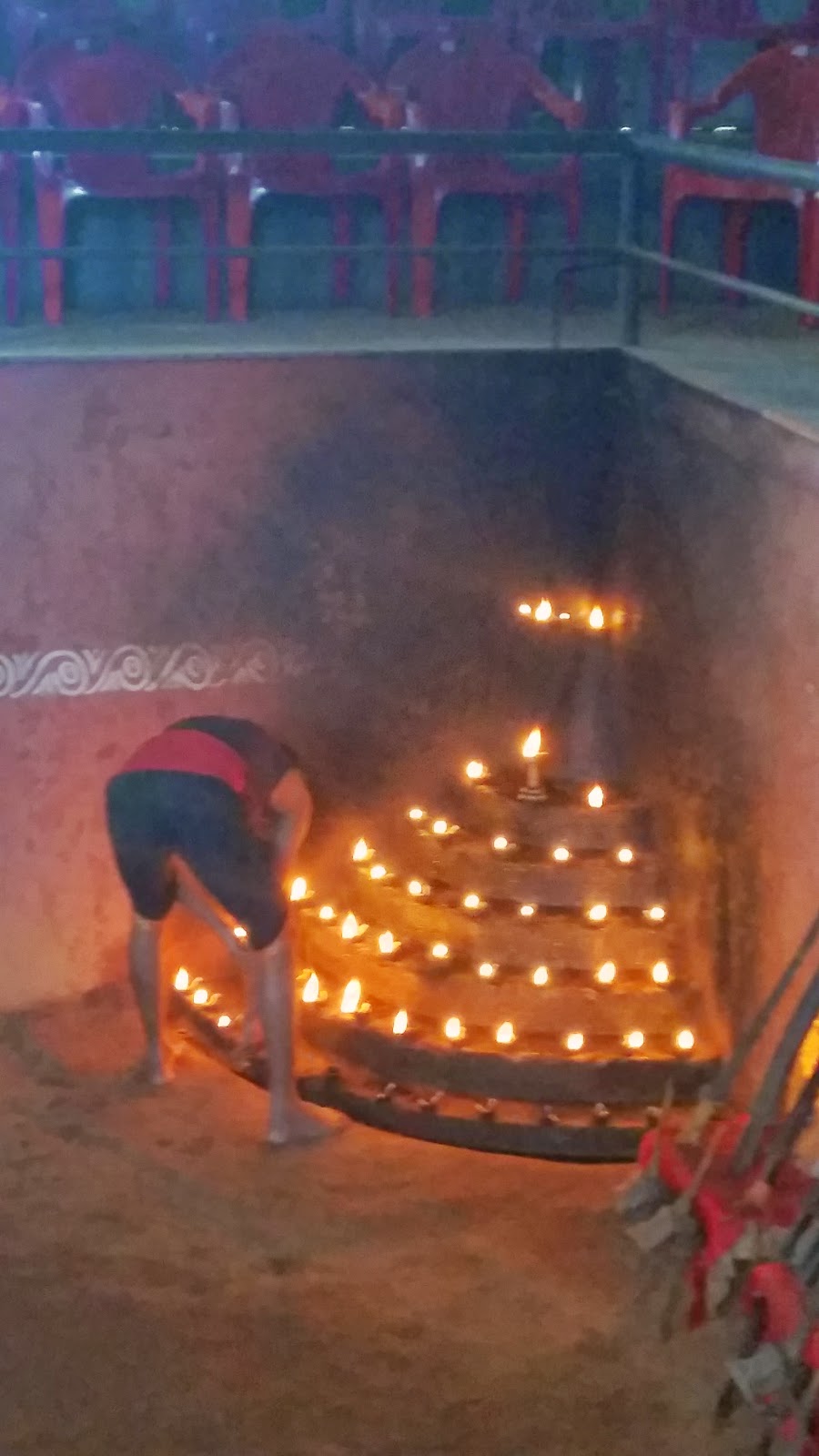 The dedication, fitness and determination of the men demonstrating their skills to us were impressive – if only I could inspire similar degree of focus and effort from my children at home or employees at work.

India was a wonderful holiday. There is no doubt that taking a break, away from the constant flood of emails and incessant demands, has been good for me; I am confident that my thinking is clearer, my ability to prioritise is more effective and I am not letting day-to-day pressures get to me as much as they did a month ago.  Long may this continue…

Given my current state, I can understand why French unions and employers, in the high-tech and consulting sectors, have formed a labour agreement enabling workers to establish a set period during which they have an “obligation to disconnect communication tools”. Various organisations are encouraging their staff to switch off their smart phones and Blackberries and take a break – the German car and truck maker, Daimler, has installed “Mail on Holiday” software, which permits employees to set their out-of-office response systems so that all incoming emails are deleted, with the sender notified and offered an available alternative contact in case the matter is urgent. This means that employees can return to work refreshed and without the time-consuming distraction of an over-flowing inbox. Other organisations, primarily those in the financial services sector, are introducing policies to control email and phone usage for employees while on vacation. Deutsche Bank allows staff to monitor emails, but forbids them from conducting business or influencing transactions, and Barclays permits emails but bans the receipt of or response to phone calls. 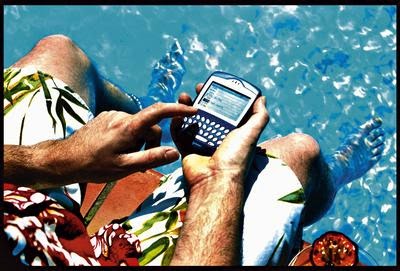 For many years Compliance and Risk specialists have advocated employees taking an uninterrupted fortnight’s vacation, as that length of absence is usually sufficient time for fraudulent activity to come to light. In my opinion it is good now to see organisations beginning to be more mindful of the health, wellbeing and effectiveness of their people, instead of being solely focused on corporate risk. I am aware of one CEO who banned all internal emails for a week – after a degree of initial shock and resistance, employees realised that email is most effective as a means for delivering supporting documentation and not a tool for project managing or getting things done (other than simple admin such as diary coordination). For many employees, email takes up significant hours of their working life, without it people found that they had time to do the tasks that formerly they had put off. They also found that they had to be better at prioritising what actually needed to be done and taking ownership of tasks and outcomes. 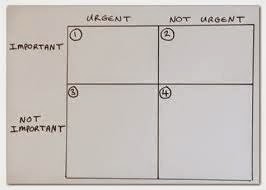 I am of the opinion that exhausted and stressed employees are a risk to their employers as well as to themselves. People make mistakes when they are tired – last year there was a case in Germany where a tired bank clerk dozed off, but left his fingers resting on the number 2 on his keyboard, resulting in a transfer of 6222 million Euro, as opposed to the 62.40 Euro amount that a customer had expected. A Harvard Medical School study claims that insomnia may be the cause of as many as 274,000 occupational accidents in the USA with an annual cost of US $ 31.1 billion per annum. Few, if any, employers have policies relating to rest, sleep and insomnia although the risks posed by exhaustion are formidable.

Stress can prove as damaging to individual health and productivity as exhaustion. Throughout my career I have noticed that accident levels increase when individuals are put under pressure. This pressure/stress can result from a range of causes, including:

The UK Health and Safety Executive has identified six factors that can lead to stress in employees if not managed properly: Demands, Control, Support, Relationships, Role and Change.


My maternal grandfather, Guy Crowden OBE (known in the family as "GP"), was a leading Professor of Applied Physiology. As an aside from this post, amongst other things he helped with the creation of the iron lung, (he advised Philip Drinker, whom he had met through their mutual research into industrial hygiene, (Drinker was the editor-in-chief of The Journal of Industrial Hygiene and GP had numerous research papers published ranging from the similarities in twins to the need to encourage physical activity across society to foster better health). GP was against patenting the discovery of the iron-lung, (originally designed to help with industrial respiratory issues), as he felt it should be a life-giving gift to mankind – it is interesting to note that when John Haven Emerson introduced an improved and less expensive iron lung in 1931, Drinker and Harvard University sued him for patent infringement. Emerson’s defence, which proved successful, was based on the moral requirement to keep lifesaving devices freely available).

My grandfather dedicated most of his life to researching the impact that working and the work environment has on people and their bodies – he believed in bridging the gap between research and everyday life. He was keen to find ways to enhance employees’ experiences at work as well as their performance, by researching the impact that the working environment has on people – he was very hands-on, for example attaching pedometers to nurses and postmen to determine some of the physical demands that their jobs made on them and assessing the correct height of desks for typists. He was a leading global expert on the impact that hours of work and the rate of working have on exhaustion and stress. An area of particular concern for him was “cumulative fatigue” – something which, in our constantly in touch, globalised world, is a serious risk for us all.

We need to switch off, in order to be fully switched on later when required to be alert. The Kalaripayattu practitioners looked after their health and wellbeing, through stretches, exercise and healing massages, as well as ensuring that they were suitably prepared before providing their demonstration. We have a duty of care to ourselves, as well as to others (including family, friends, the wider community and our employers), to ensure we too are fighting fit to face whatever the world throws at us.