An image that has stuck with me, since my return from India, is two closely entwined trees at a temple bedecked with small yellow babies in cribs. 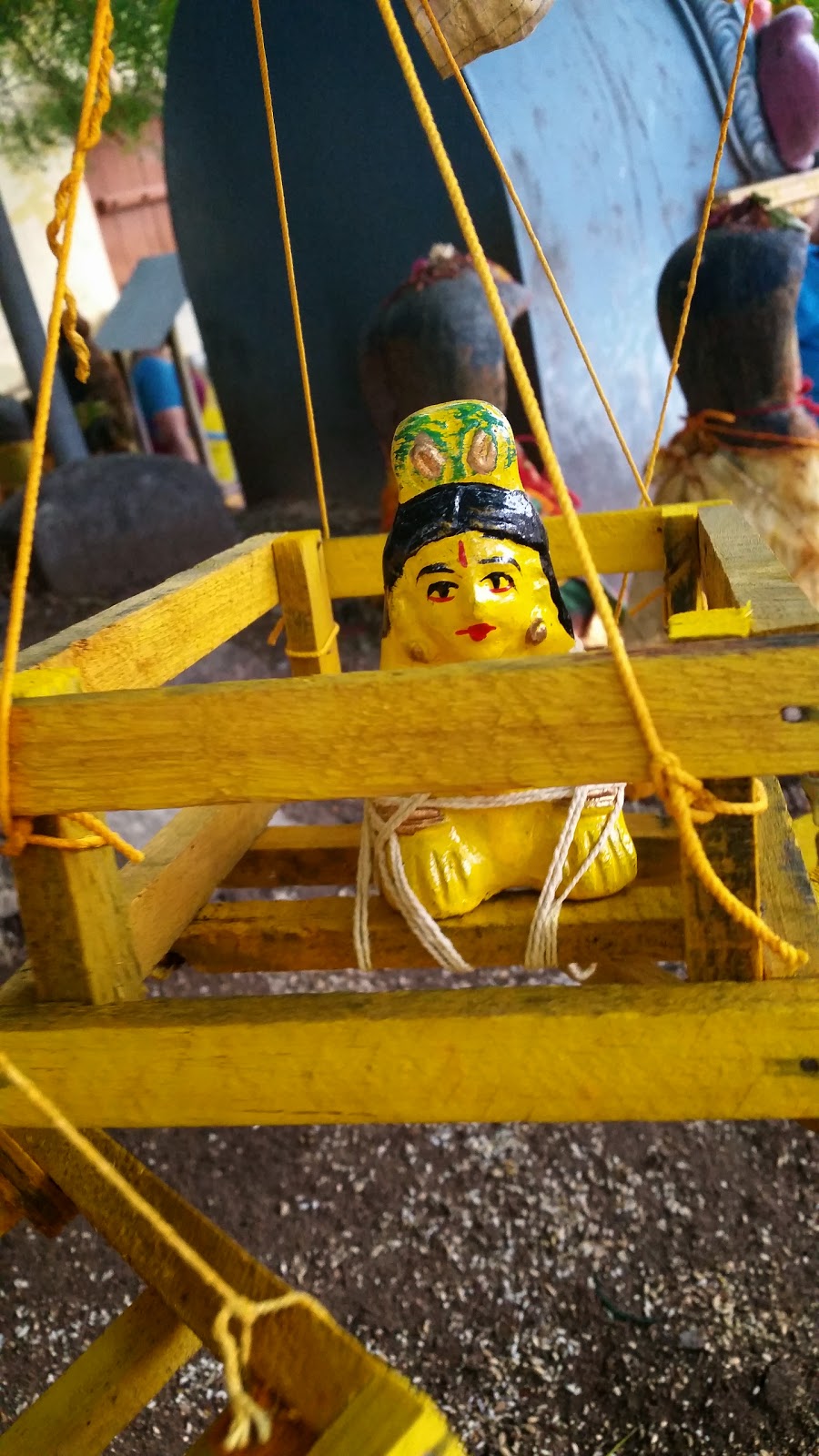 These infants, made of papier-mâché, were offerings to the gramadevata (local guardian deity) at the temple gate, close to a shrine to Ganesha. The two species of tree represent the masculine and feminine aspects required for life. The offspring-offerings are ritual acts of devotion, to encourage fertility, and were clearly a common occurrence at the temple of Meenakshi Amman in Madurai. While I was there I had a discussion with a couple who, having been married for just over a year, were eager to start a family and hence had come to make an offering to the tree. He worked in IT, as a programmer, and they both spoke good English. Their desire to become parents was almost palpable, as was their belief that by walking round the trees three times and tying a symbolic child in a crib to the branches they were increasing the probability that they would start a family in the near future. I hope they do as, if the planning, passion and preparation they put into praying for a child is any indication, I suspect that they will be devoted and attentive parents. 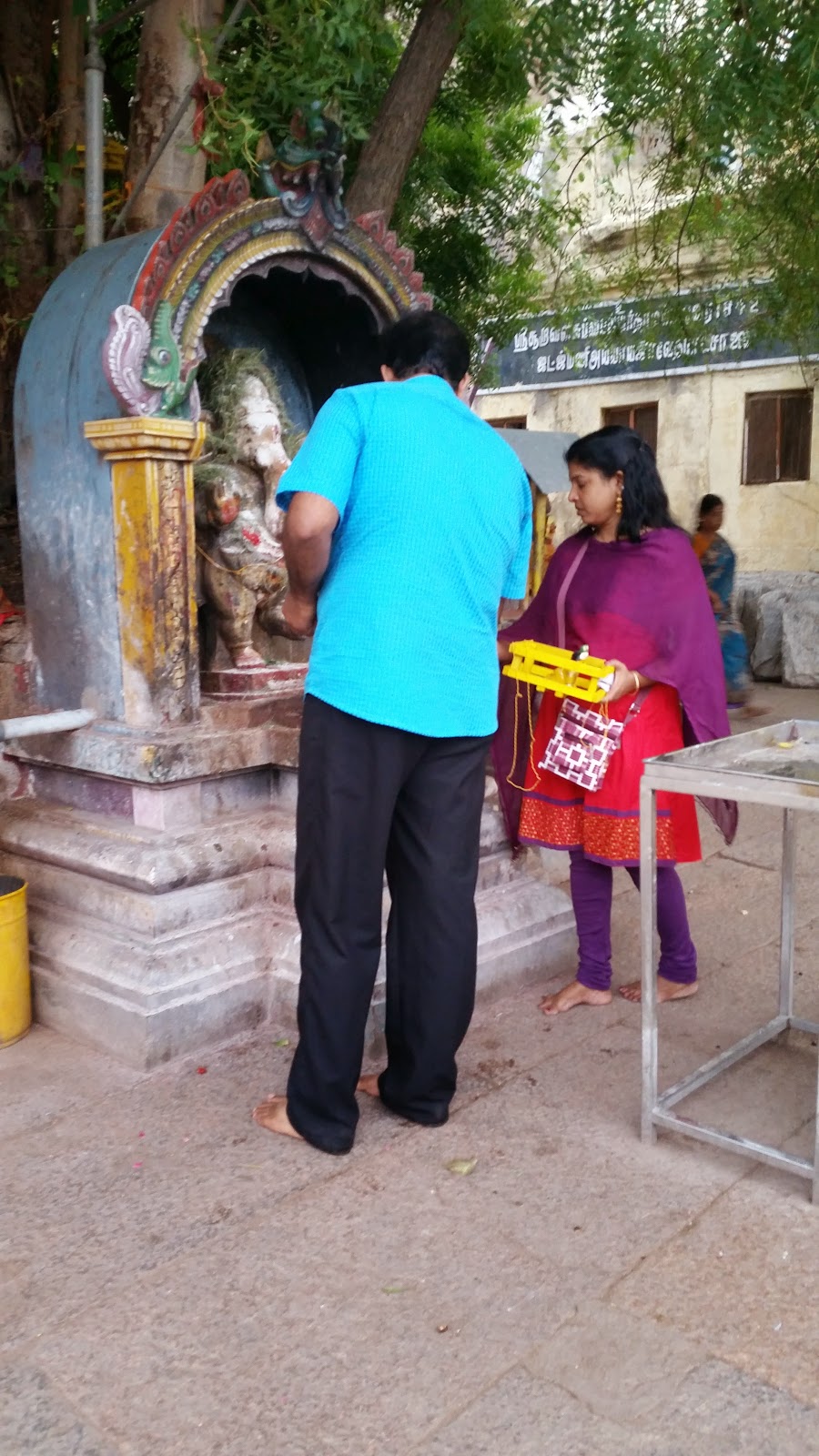 Even those of us who are not parents give birth to things over the course of our lives – academic results, friendships, a home, memories, completed projects, grudges, a thriving business, our impact on others, artwork and/or visions. Once you have progressed above the basic physiological needs of survival that is what life is all about. I must confess that I am not the outcome I had envisioned for myself – at the age of 12 I was convinced that I would become a barrister, as indeed were most of my family (I was an argumentative little minx) – but I am content with who I am and the influence that I have had on people and the world around me. 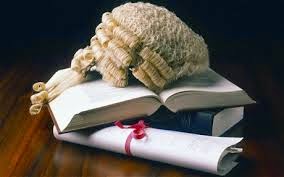 Many of us, as we get older, start to think about what we will leave behind.  This is as true in corporate life as it is elsewhere…leaders want to pass on something worthwhile, which will be valued by those who come after them. Henry Wallace, the former Vice President of the United States, once stated:

“A Liberal knows that the only certainty in this life is change but believes that the change can be directed toward a constructive end.”

Not all leaders are Liberals nor are they all old, but most leaders desire to leave a constructive and positive legacy (although some may see this as “building” something, as opposed to focusing on its durability). To create something meaningful with permanence usually demands either the introduction of necessary change, to safeguard the future, or the creation of something new that will forge history. I have had the privilege of being party to a number of ventures that have helped to change the world, from the growth of derivatives post Big Bang, through the globalisation of professional services and the resourcing industry, to the start of the internet for commerce and connectivity and the development of mobile banking, through to now, where, post The Great Recession, I am helping to shape a new approach towards customer service and understanding, with the provision of wisdom as opposed to simply technical skills, products and information. 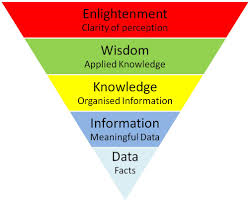 Around the start of the new millennium, I found myself swept by fortune into the Dot-Com Boom, the period from 1995 to 2000 when investment capital poured into technology and Internet businesses. I learned more in 4 years than I think I have in the whole of the rest of my career. For example, in 1999, shortly after the birth of my second son, I was asked by a former Chairman to meet one of his clients, as he did not understand their business model and was finding it hard to assist them. He had promised JP Morgan that he would help the founders to get their business off the ground, but he could not understand why they “kept trying to sell him plimsolls” and they spoke a very different language to that of the men of Mayfair with whom he was comfortable. As a new mum, clearly, I “wasn’t busy”, so he asked me to see them, so as to then translate for him. I ambled along to Carnaby Street, with a baby in basket, just expecting a chat but, by the end of the conversation, I was fortunate to be invited to join one of the most notorious Dot-Com start-ups of the period, the high profile e-tailer, boo.com. 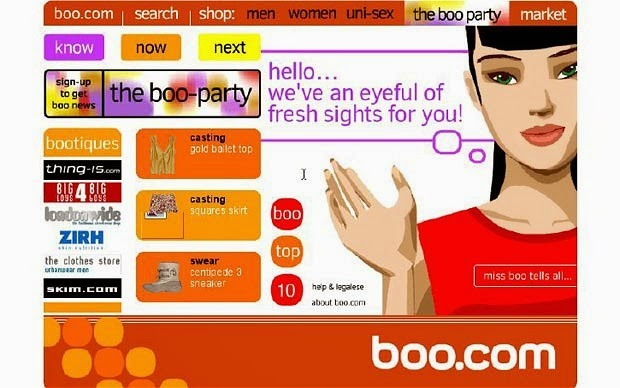 boo became one of the largest European “Dot-Com Bombs” when it went bust and is now used as a case study for many of the world’s leading business schools - an example of how things can go wrong. It is true that the strategic plan was poor, many of the right people were hired at the wrong time and hence added to the burn-rate, there were no KPIs and inadequate reporting, the technology was ahead of its time – it required broadband connections when most people still relied on dial-up - money was spent inappropriately and at times extravagantly, but boo was not all bad. Boo inspired passionate loyalty in its workforce, its people were encouraged to use their creativity and many employees went way beyond what was expected of them, just for the love of their job and the vision – developers created in-house jokes on the site (e.g. Miss boo, the avatar that guided customers around the site, winked at you if you passed your curser over her chest). The company culture was extraordinary, the founders were able to sell their concept to almost everyone they met and I learned the true meaning of employee engagement. To be successful leaders must get people to embrace their vision and encourage individuals to be brave enough to embrace innovation.

I took the lessons I learned from boo, both the good and the bad, to my next role (Global Head of HR and Resourcing at a newly founded global venture capital business, investing in technology start-ups). We, and the start-ups we invested in, were cost-conscious, prudent, had clear strategic and implementation plans, with articulated milestones and budgets. As indeed was the business I subsequently co-founded, which helped to make history by changing retail financial services forever. Unlike boo, neither start-up went to the wall, primarily because I and others applied what we had learned from earlier mistakes and were focused as well as passionate.

Some of my learning, which I still use today, can be defined as follows… When starting a new project:

“Even a mistake may turn out to be the one thing necessary to a worthwhile achievement.”

Very few people are comfortable launching themselves into the unknown. Even if you have a good understanding of what you intend to achieve and why, that does not mean that you should not escape a healthy dose of trepidation. Our bodies produce hormones to help us succeed, but the modern world in which we operate is very different from the environment that required our fight-or-flight responses. When embarking on something new, a degree of nerves is normal – indeed many people grow to appreciate that apprehension dreams are an indication that they have progressed into accepting that things will be different going forward. When I was pregnant with my first son I suffered very vivid and disturbing dreams prior to his birth – I did not see these as an omen (probably a good thing given that they featured dead birds), but accepted that it was my mind’s way of coming to terms with the impending change. Having him and his brother are the best things I have done in my life, even better than founding successful businesses and helping individuals and companies to exceed their expectations. However, I appreciate that parenthood is not for everyone. 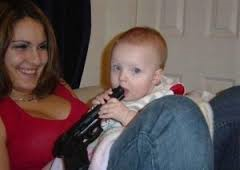 Which brings me back to the babies in the trees in India. Perhaps you are familiar with the nursery rhyme, Rock-a-bye Baby:

Rock-a-bye baby on the treetop,

When the wind blows, the cradle will rock,

When the bough breaks, the cradle will fall,

And down will come baby, cradle and all.

There are two interpretations as to its meaning. The first is a simple observation on parenting – the rhyme is cited as the earliest English nursery rhyme to be produced on American soil; created from a 17th century immigrant’s observations on the Native-American mothers who wove birch-bark pouches or cradles for their babies and suspended them from the branches of trees. The alternate meaning hints at new projects and politics – it was widely believed that King James VII’s son was in fact an infant smuggled into the birthing room to provide a Catholic heir. The blowing wind symbolises the in-coming political force, in the form of King James’ nephew William of Orange in the Netherlands, and the cradle is the House of Stuart that was destined to fall. Regardless of the meaning, there was a footnote to the original version of the rhyme: “This may serve as a warning to the Proud and Ambitious, who climb so high that they generally fall at last.”

Whatever you decide to create in your life, may you proceed with proper planning, caution and care and hence avoid a tumble.

I wish you every success. 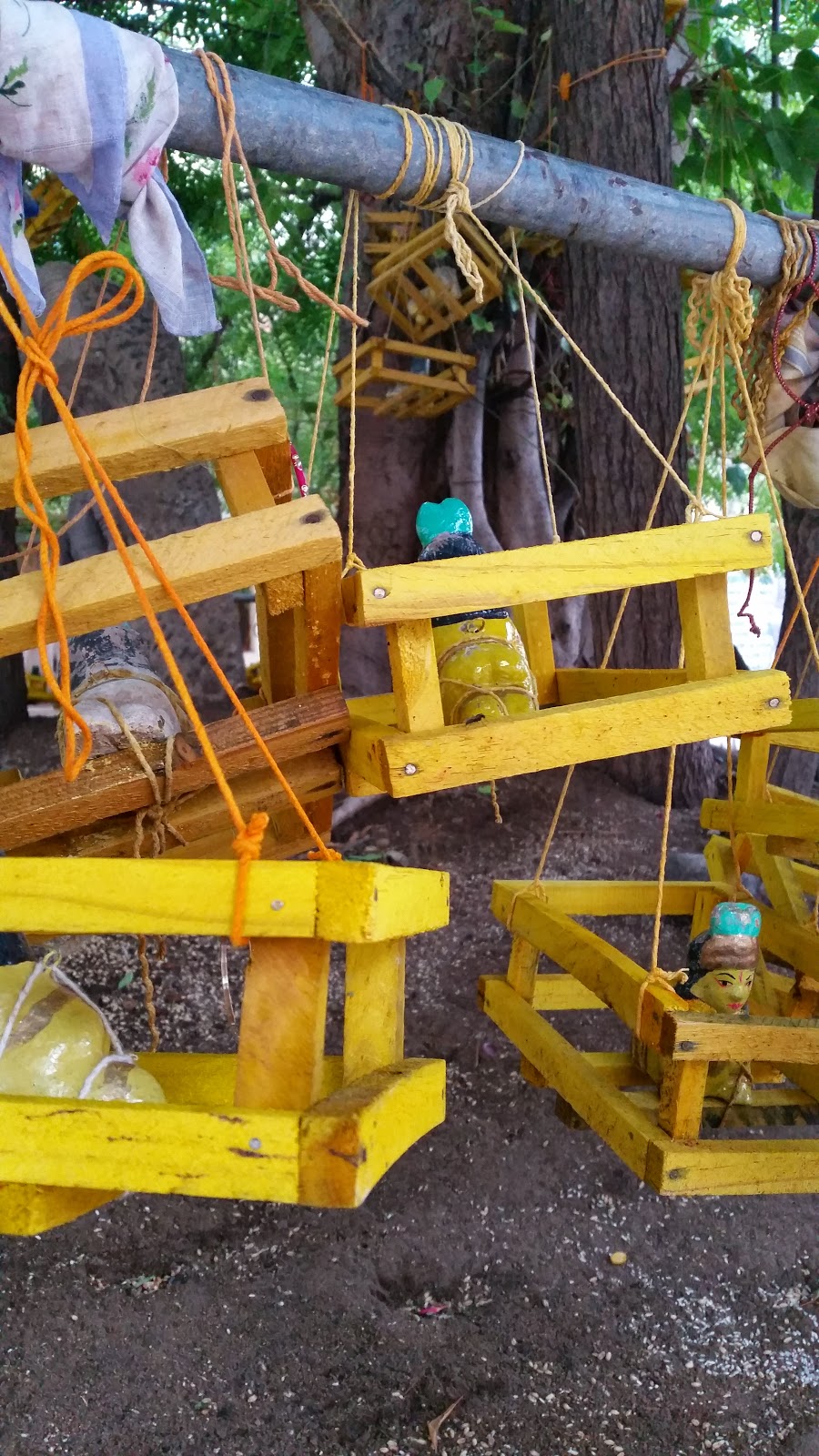 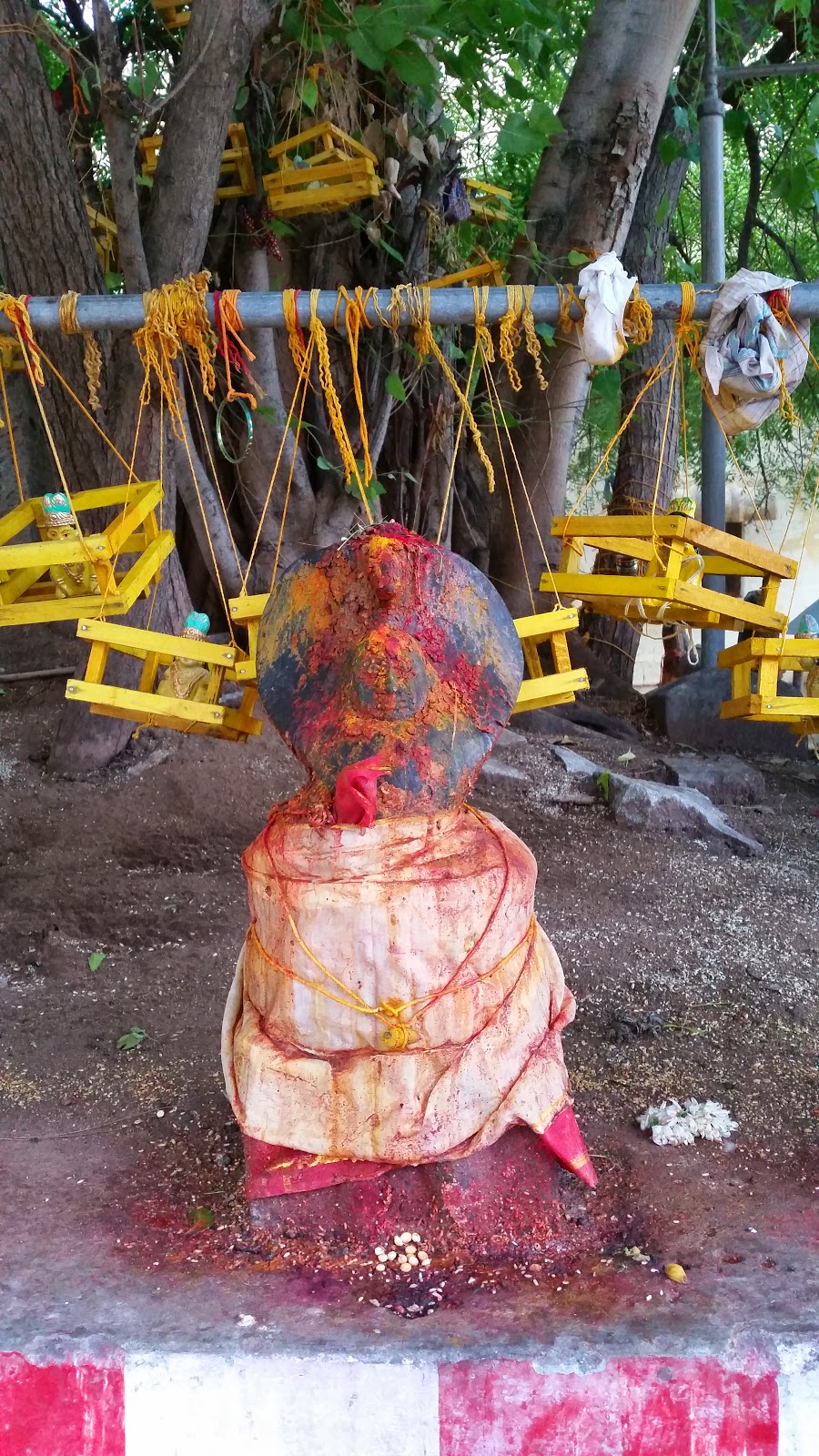