Our journey so far…with a picture or interesting fact from each location.

We have been in India for over a week and travelled from Chennai on the east coast,

From where we went on brief excursions to Kanchipuram 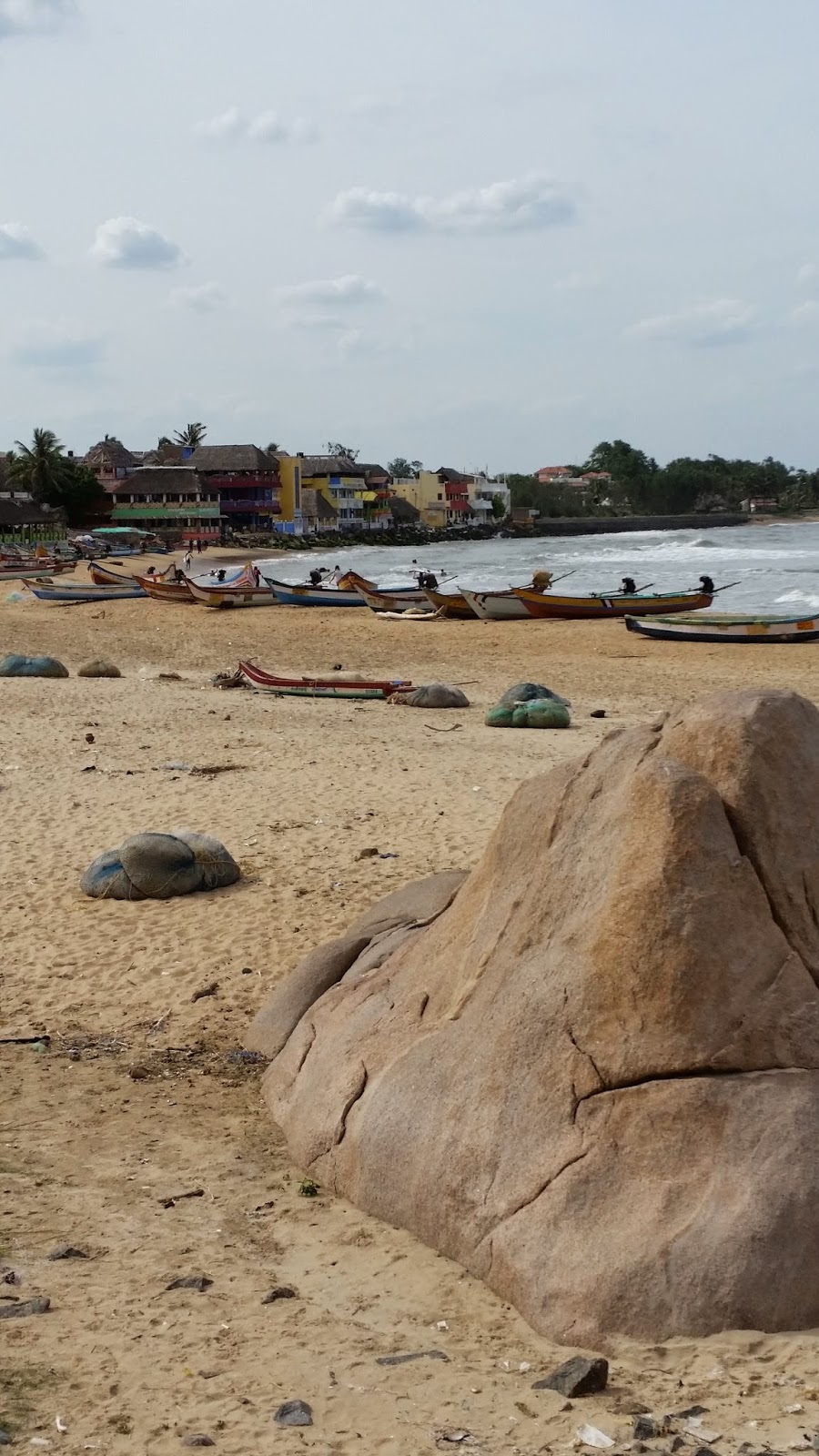 before being driven south to the former French settlement of Pondicherry


I liked this exhibit in the museum – clearly motorised vehicles were late arriving here, and so a local grandee improvised – this is a pousse-pousse – unlike a conventional rikshaw, this is pushed and the passenger steers

visited the nearby experimental township, Auroville, almost cult-like (a commune where everything is shared excluding access to the Matri Mindir - a huge gold ball in which there is a meditation chamber). Regrettably, there is talk of a French paedophile ring that was active at Auroville a couople of years ago and almost slave like working conditions for some - clearly, due to humans, heaven on earth is hard to achieve. 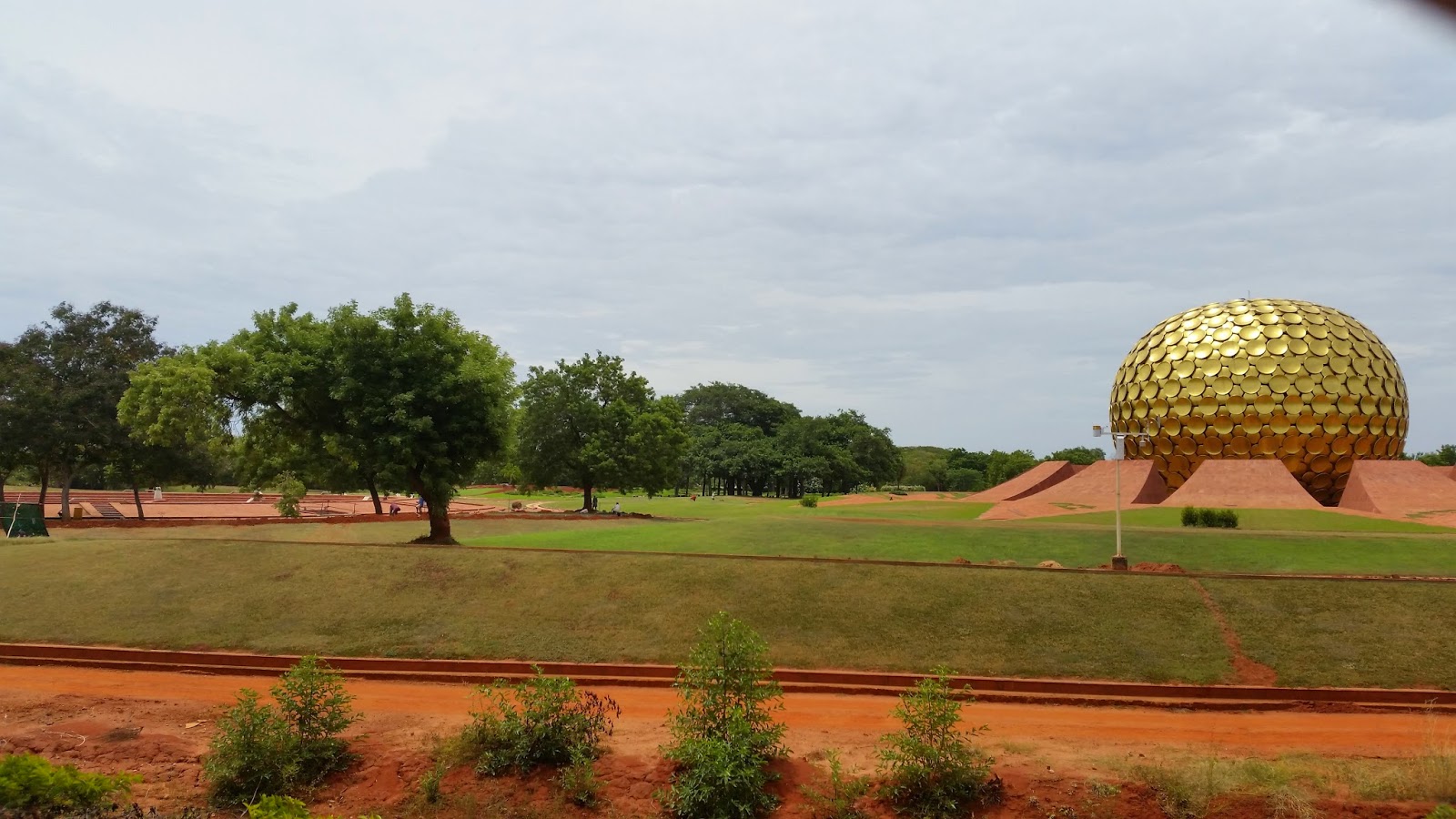 Auroville's approach is based on the teachings of “The Mother” (a French lady with an Ashram in Pondicherry – her photograph and that of the guru who inspired her, Sri Aurobindo,

are more common in Pondicherry than the pictures of leading politicians elsewhere in the region).

We endured a six hour drive to Trichy, driving through scenic rural villages. The countryside was predominantly rough scrub, like the Bush in Africa, with a goats and a few fields.

Our hotel in Trichy was dire,

but the Bridhadeeswara temple was stunning, I loved the ancient frescoes 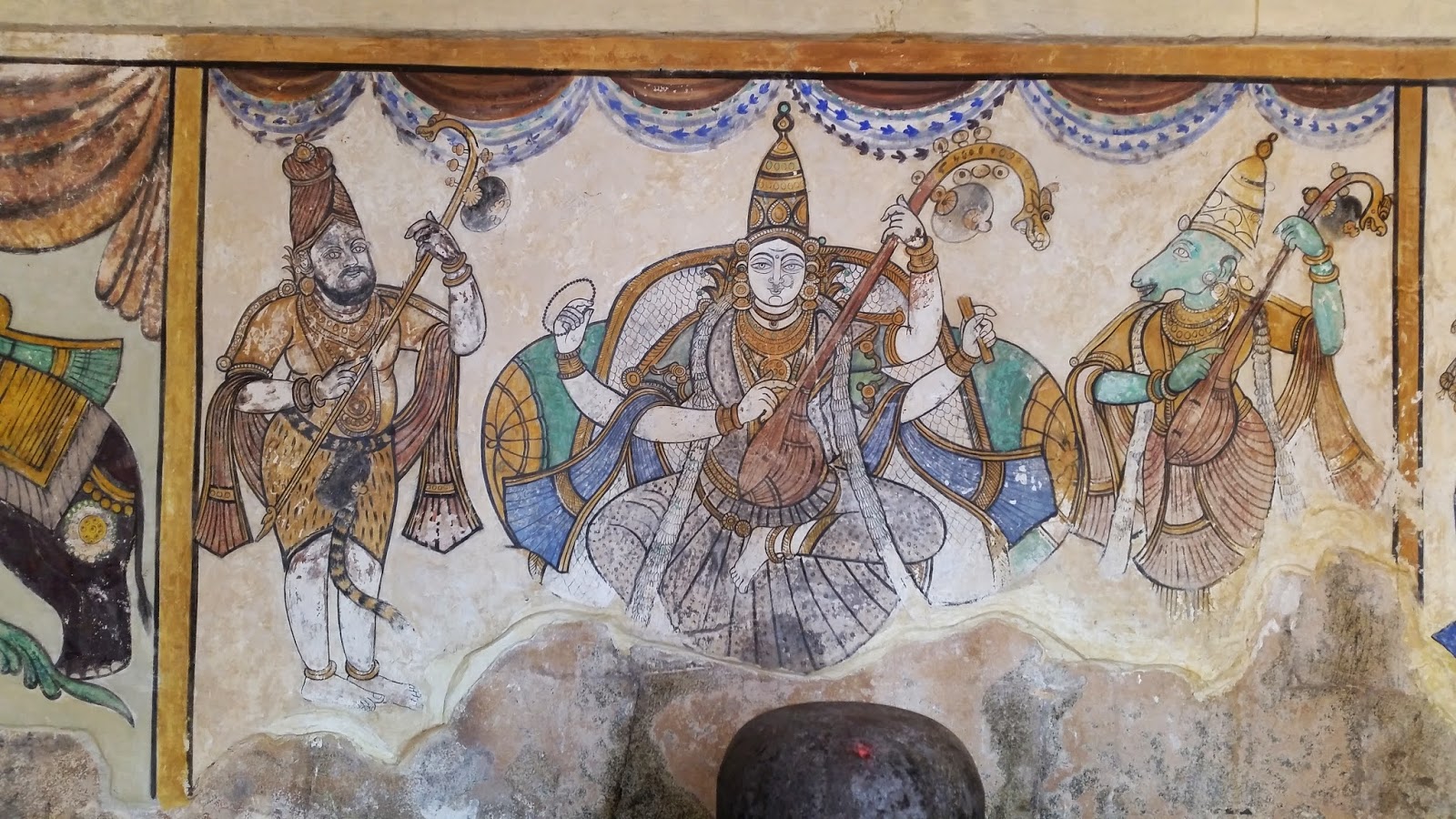 and the Nandi bull (weighing over 20 tonnes and carved from a single rock) was a favourite with all the family. 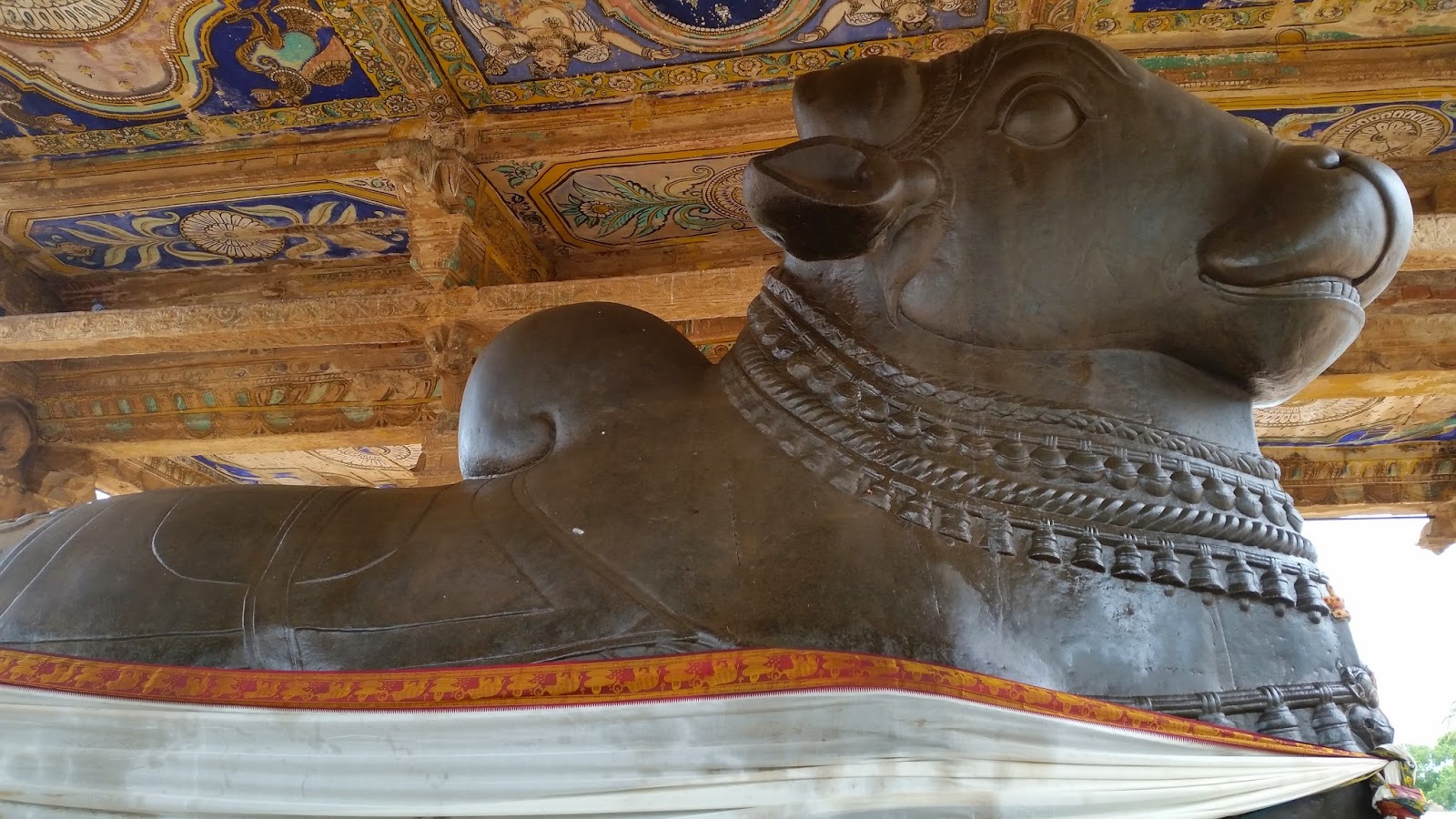 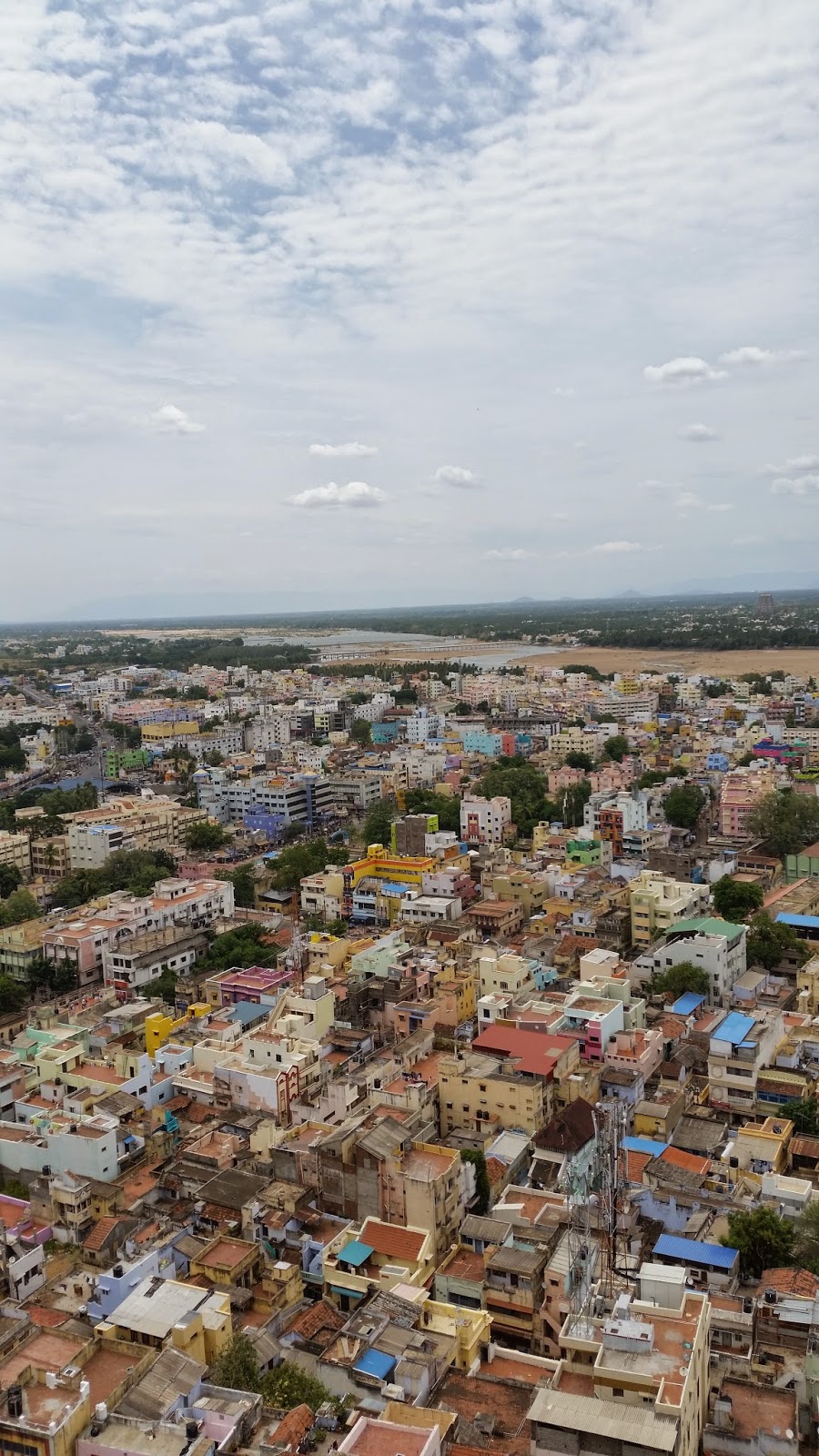 and we saw our first elephant at the Ranganathswamy Temple, 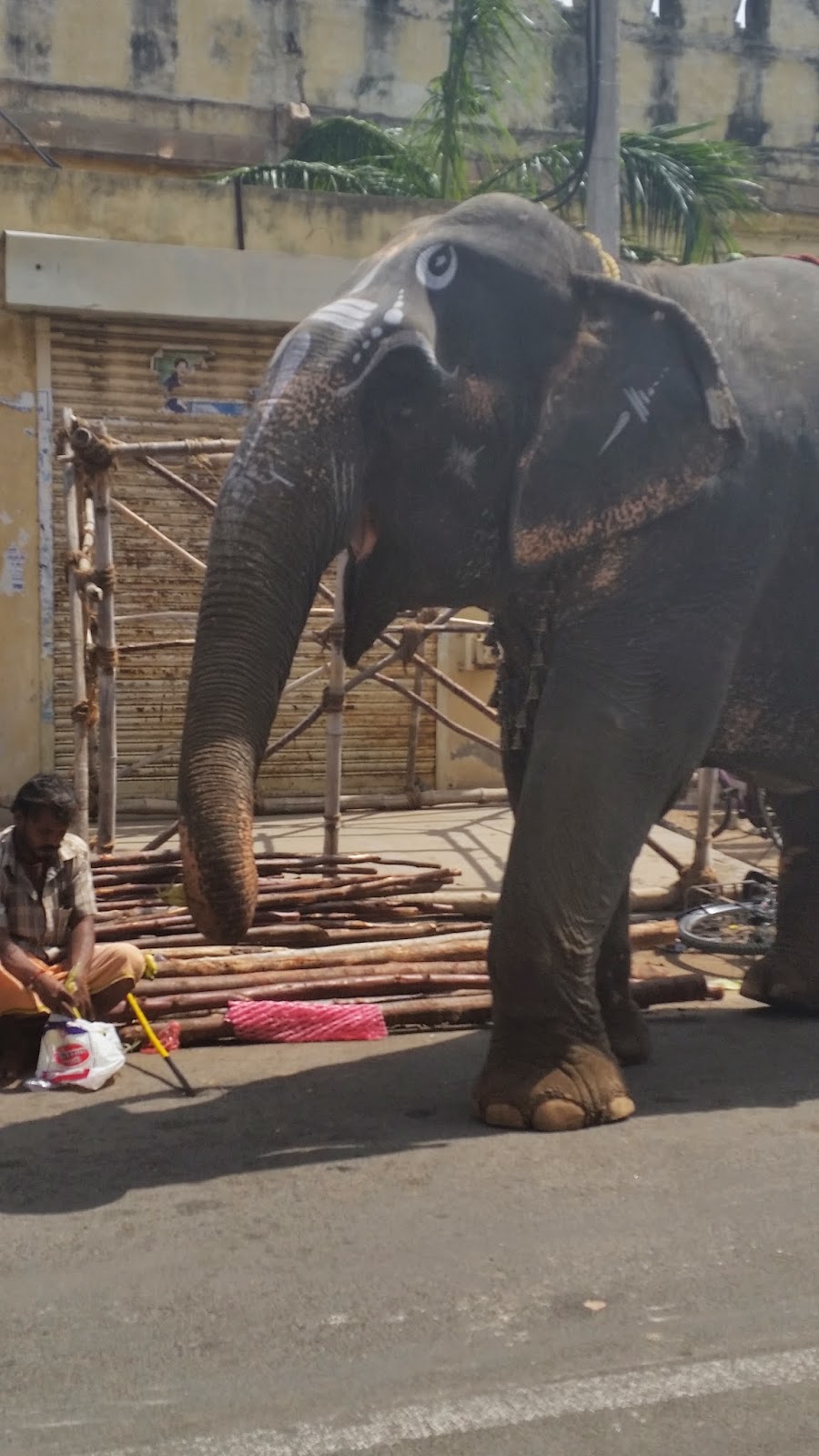 as well as learning about the 21 gopurams, including the Vellai Gopura (the White Tower, which, according to our guide, commemorates the slaughter of 35,000 priests when the Muslims took the temple in 13th century

certainly the temple idol lost it eyes due to foreign assault – a French deserter who had apparently converted to the Hindu faith stole it and fled with it to Madras – the diamond, the size of half a hen's egg, is now in Russia and known as the Orlov. 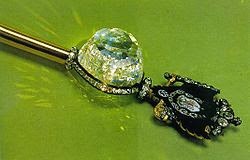 The hotel at Kanchipuram was a blessed oasis after a charmless Indian business hotel (and gosh Chettinad cooking is good). 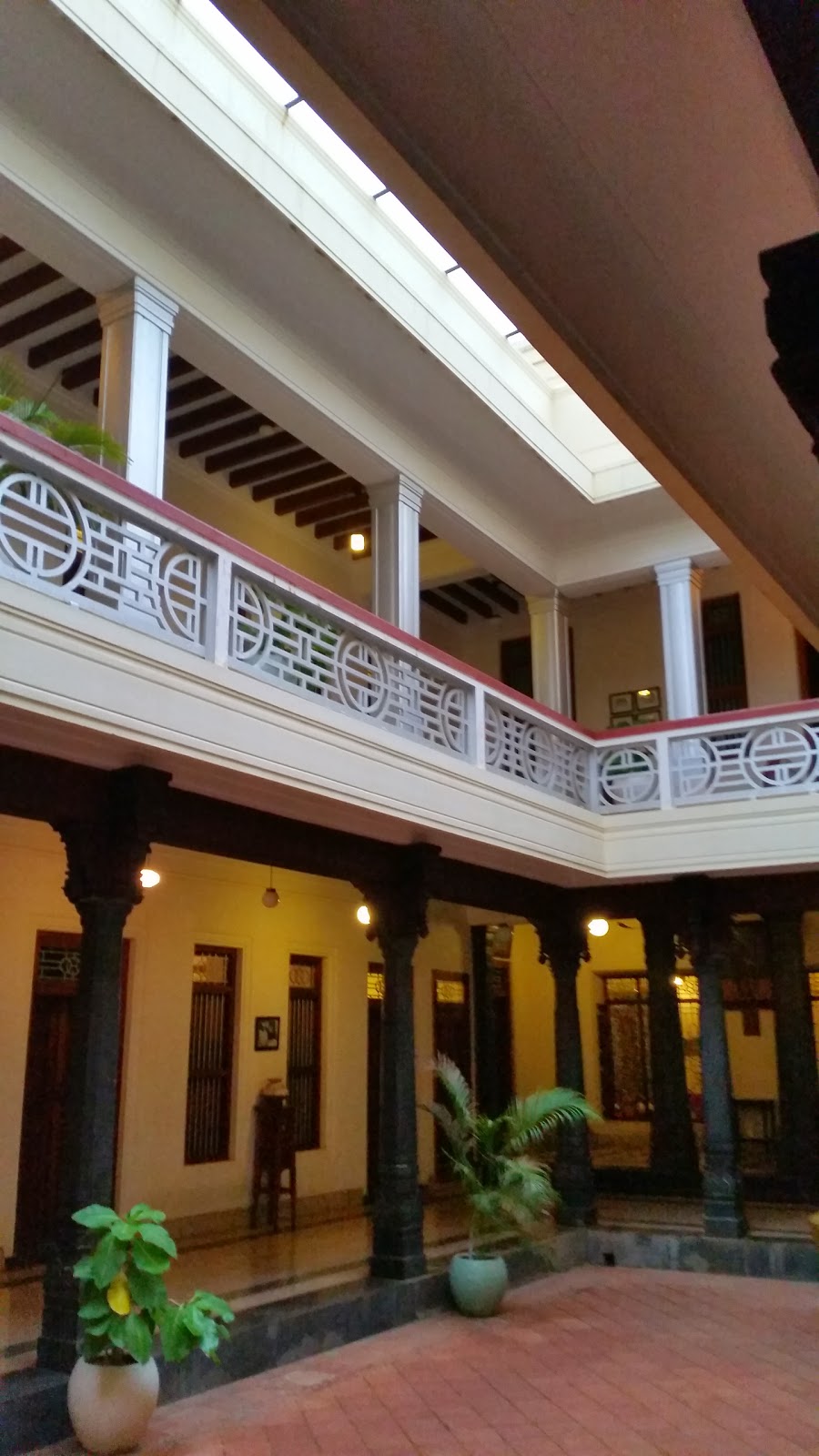 Wandering the deserted village streets lined with crumbling, deserted mansions was thought provoking – they were built only a couple of decades before I was born.
Feeling refreshed we set off early yesterday to drive to Madurai, arriving in time for lunch. We stayed in what had once been purpose-built quarters, known as “Kochadai” for the managers of a huge steam-powered spinning mill founded by the Harvey brothers from Scotland. Rather like Port Sunlight or New Earswick back in the UK, the Harveys wanted to create a harmonious environment, which supported the working community and weakened caste barriers. Like the Chettinad mansions, life has moved on and their visions have been turned into hotels and tourist attractions. 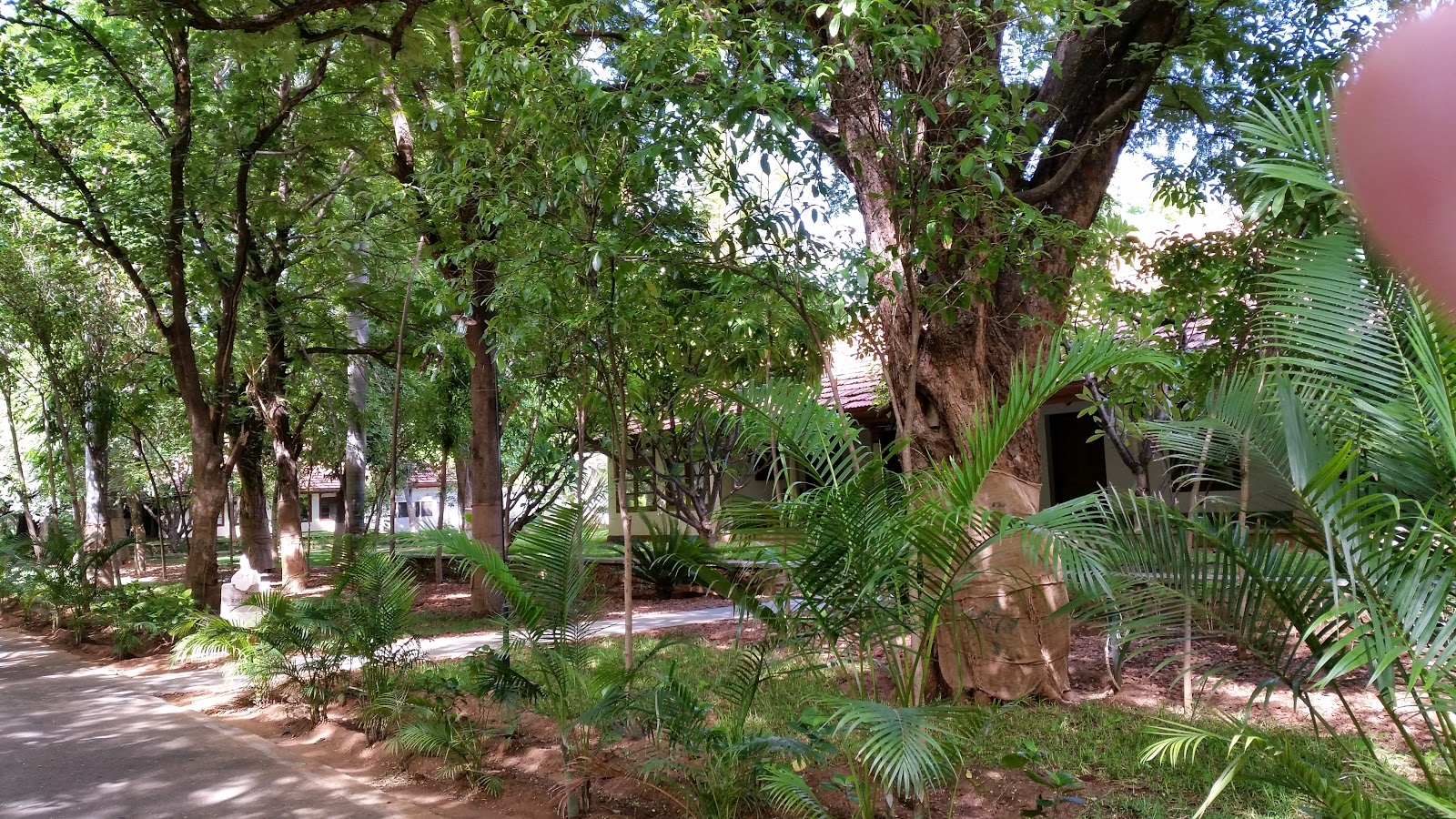 I enjoyed a solitary visit to the 2,500 year old Meenakshi Amman temple (although most of its structure was built in 17th century), while my family swam, had massages and tried to logged onto the internet (wifi has been very mixed– apologies for sporadic contact). The lady goddess Meenakshi is the principal deity of the temple, although there is also a sanctum sanctorum for Shiva. The story goes that the Pandyan king and queen were childless but prayed in the forest, raised a Shiva Lingam (which is still in the temple by the Lotus tank) 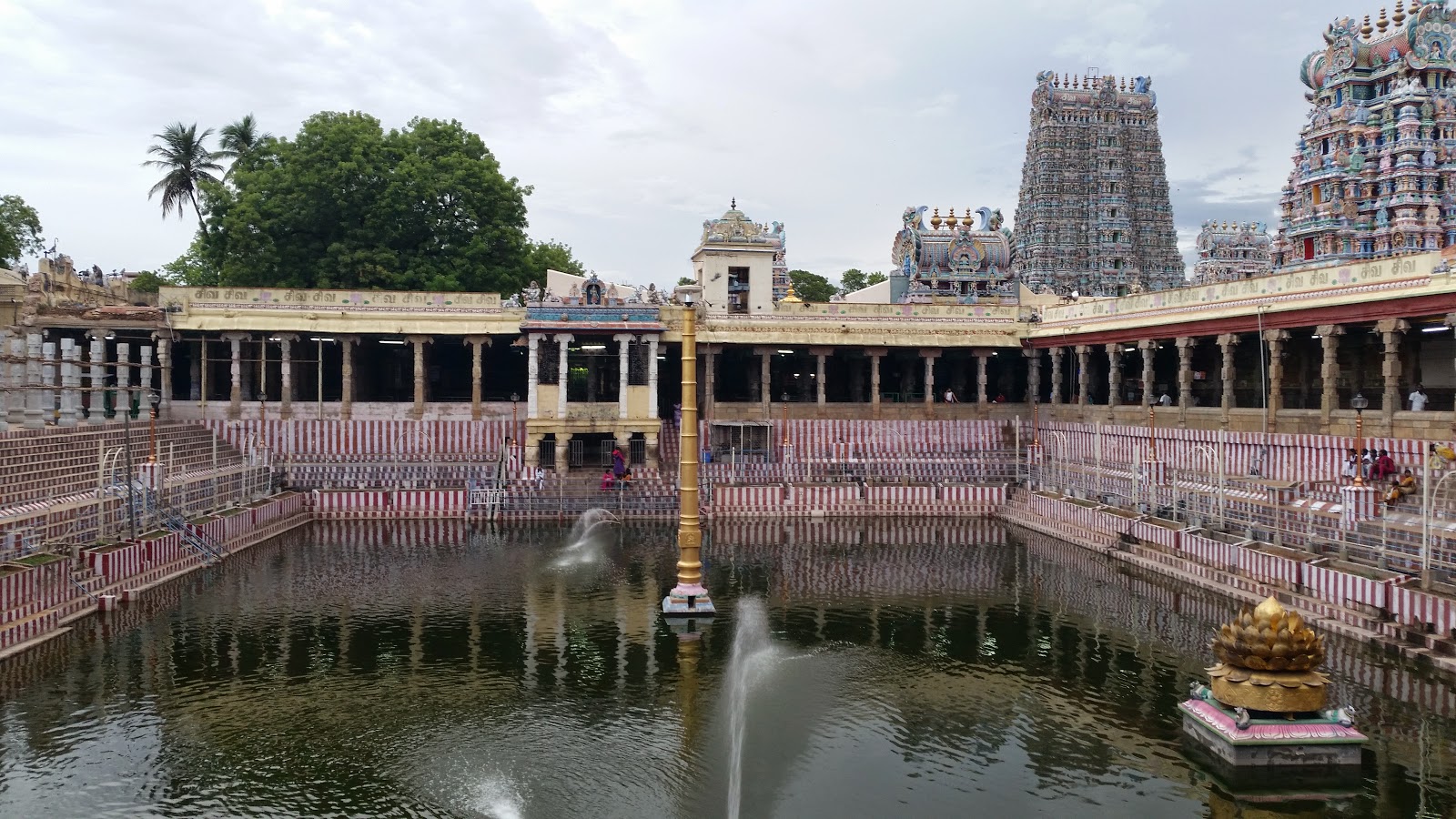 In honour of Shiva before making votive offerings to plead for a child (Putra Kameshti Yagna). A beautiful little girl with three breasts came out of the holy fire 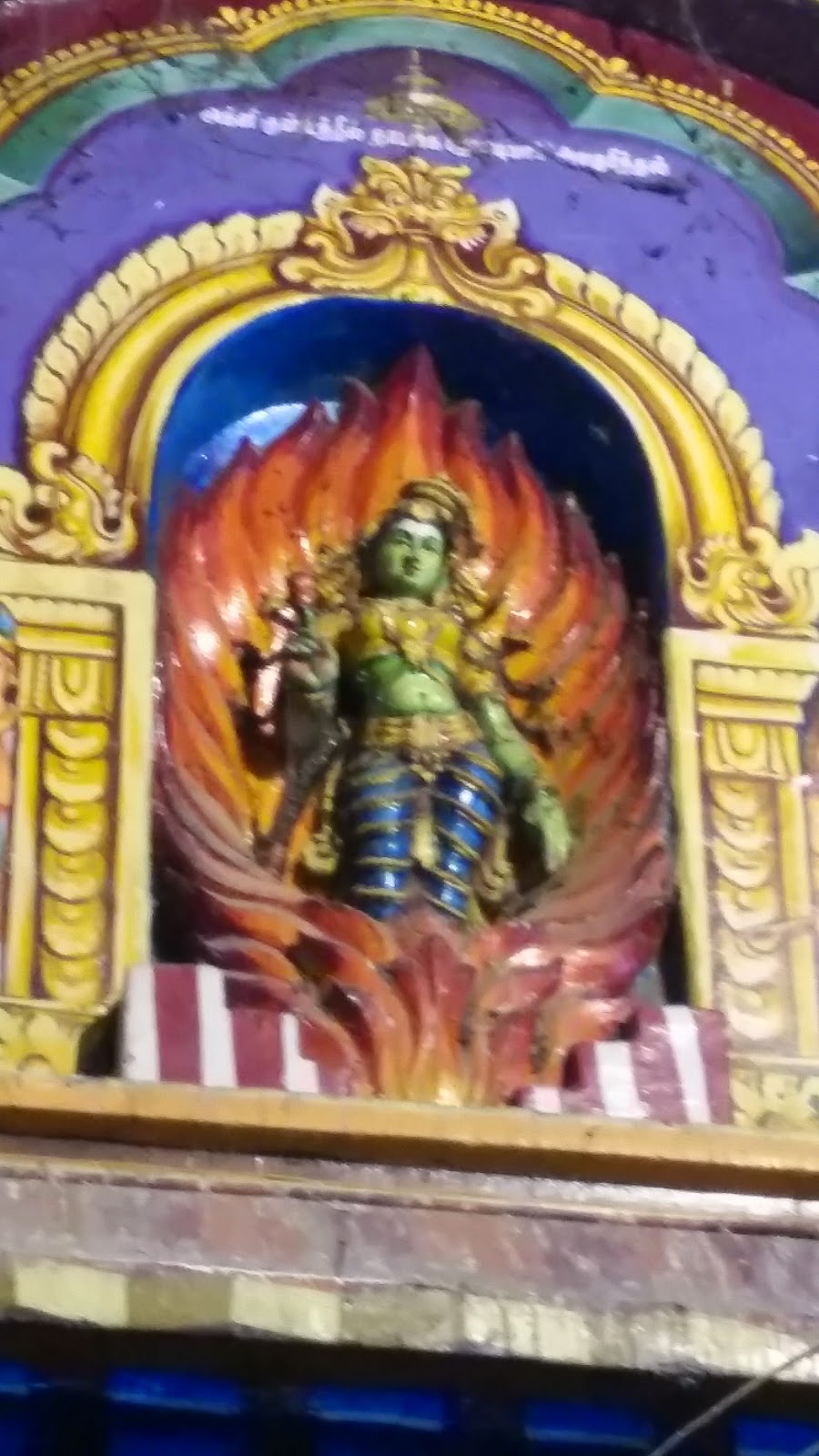 The king and queen adopted her and a voice from the heavens told them not to be concerned about the extra breast as, when she found her true love and husband, it would vanish. The girl was called Tadaatagai and she was lovely and accomplished (she was trained in all 64 sastras, the fields of science – the Hindus realised that the earth is round and that planets circled the sun long before most civilisations). She learned to be a fine ruler and warrior. To prove herself fit to be crowned she had to wage war in three worlds – she concquered Brahma and Vishnu and then advanced on Shiva. The battle commenced well for her – she defeated Shiva’s army and Nandi the bull, but when she saw Shiva she became all shy and bowed her head in modesty – at that moment her third breast vanished. 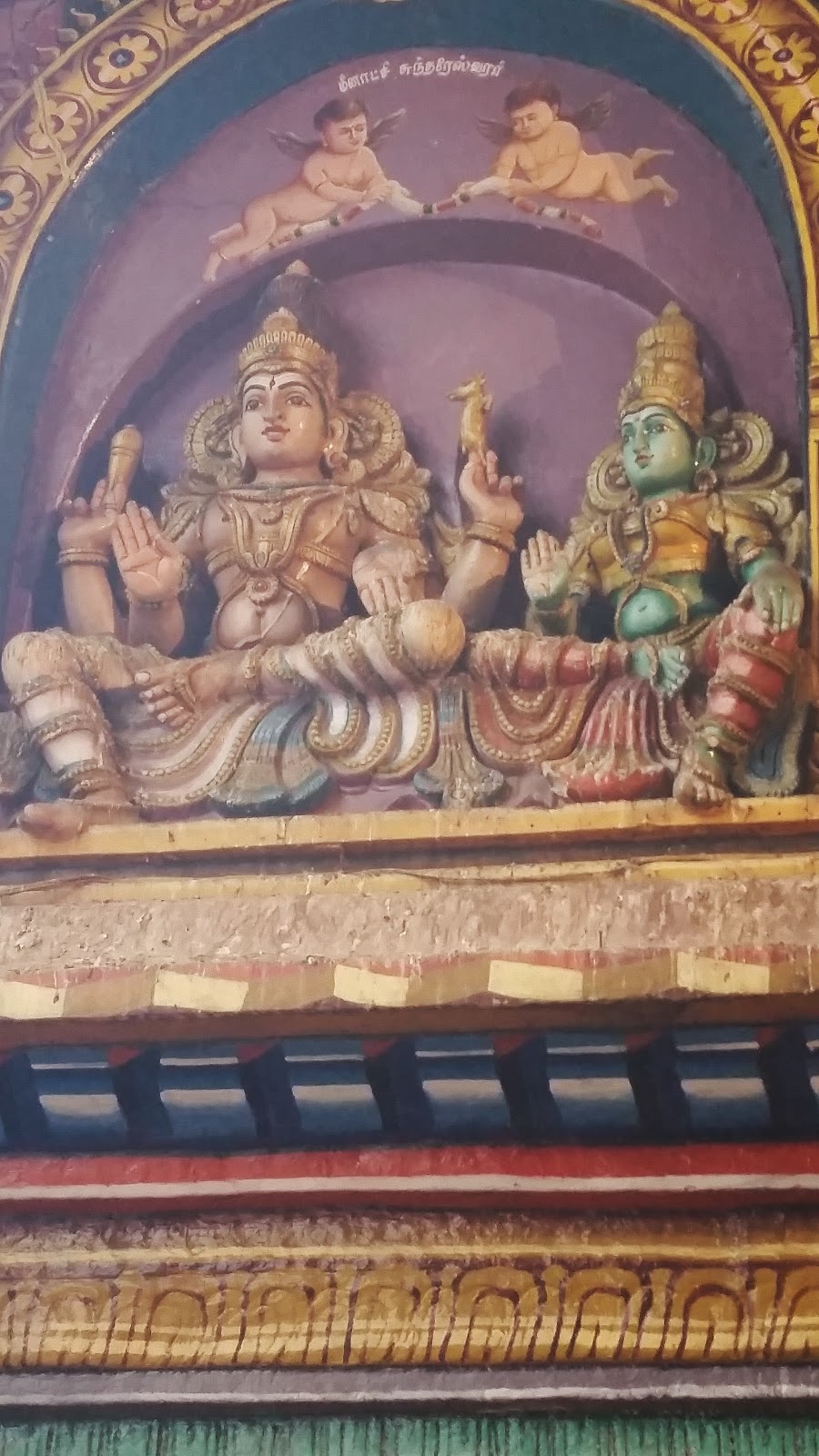 Needless to say they were married and lived happily ever after. Her name was changed to Meenakshi when she became a goddess (it means “Fish-eyes” – a description of beauty in these parts).

I returned to the hotel in time for a delicious meal (both for me and the mosquitoes). After a swift swim this morning in a pool that resembled a temple tank, we headed off towards Kerala. 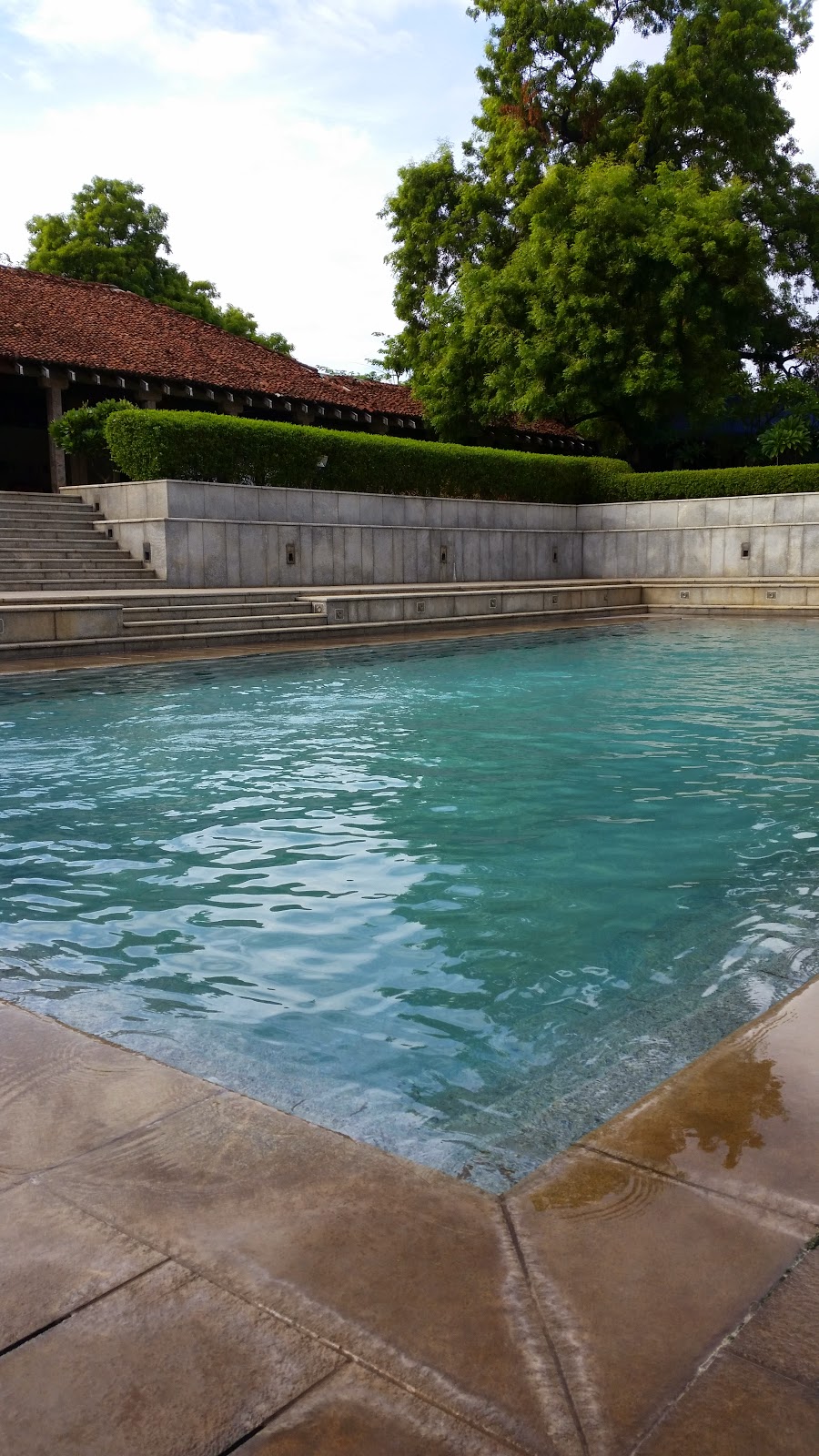 A stunning drive past paddy fields, 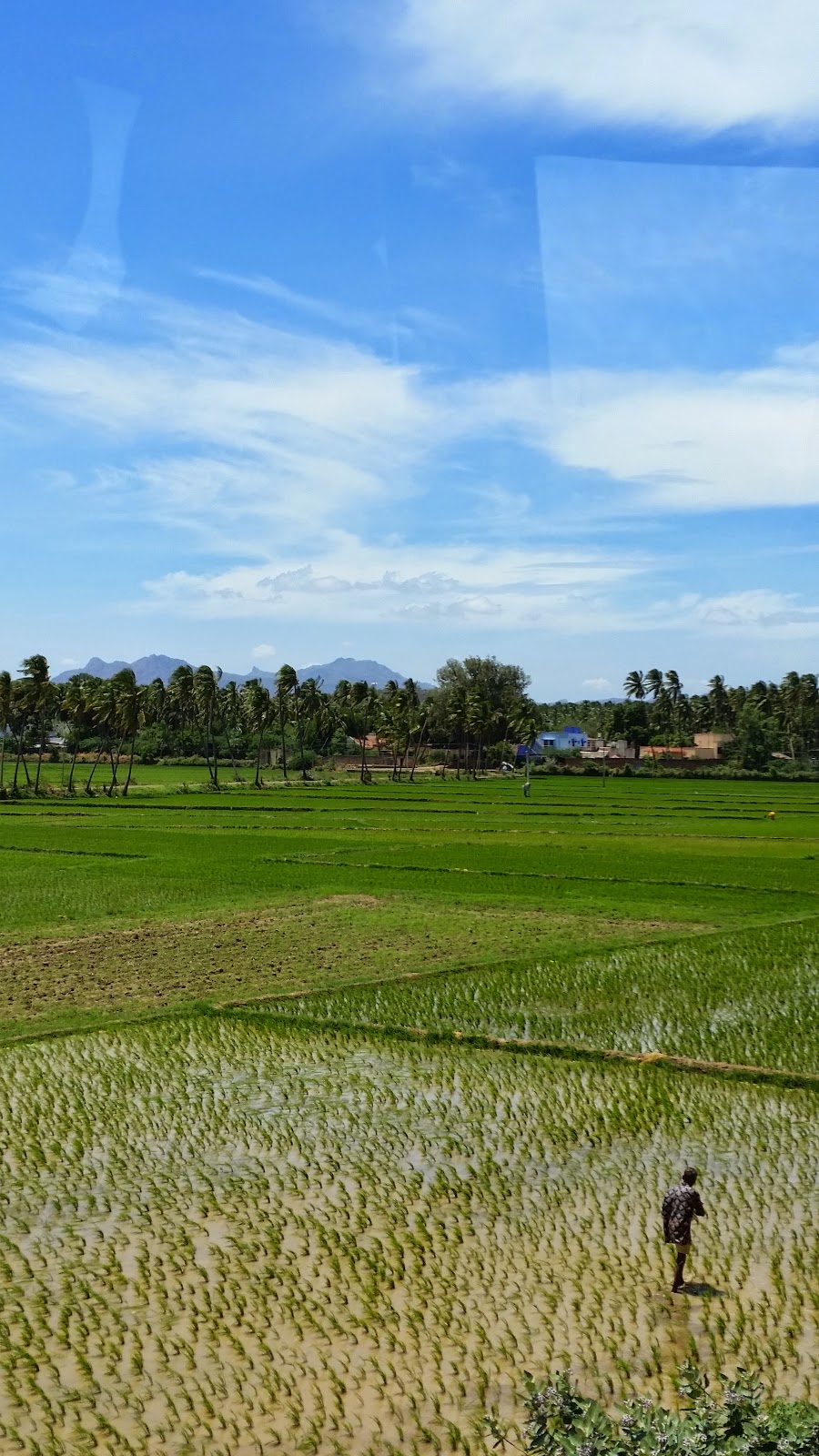 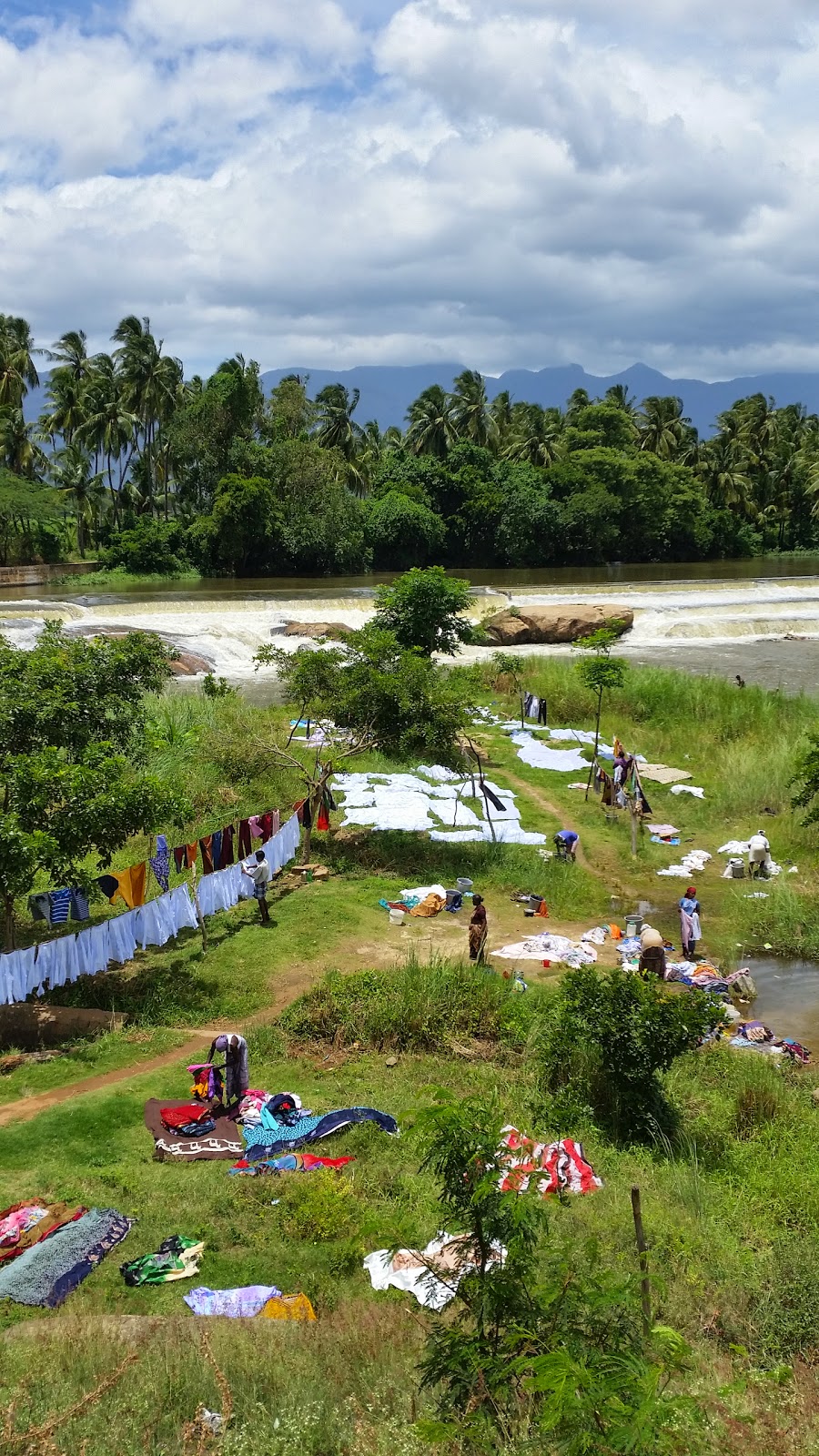 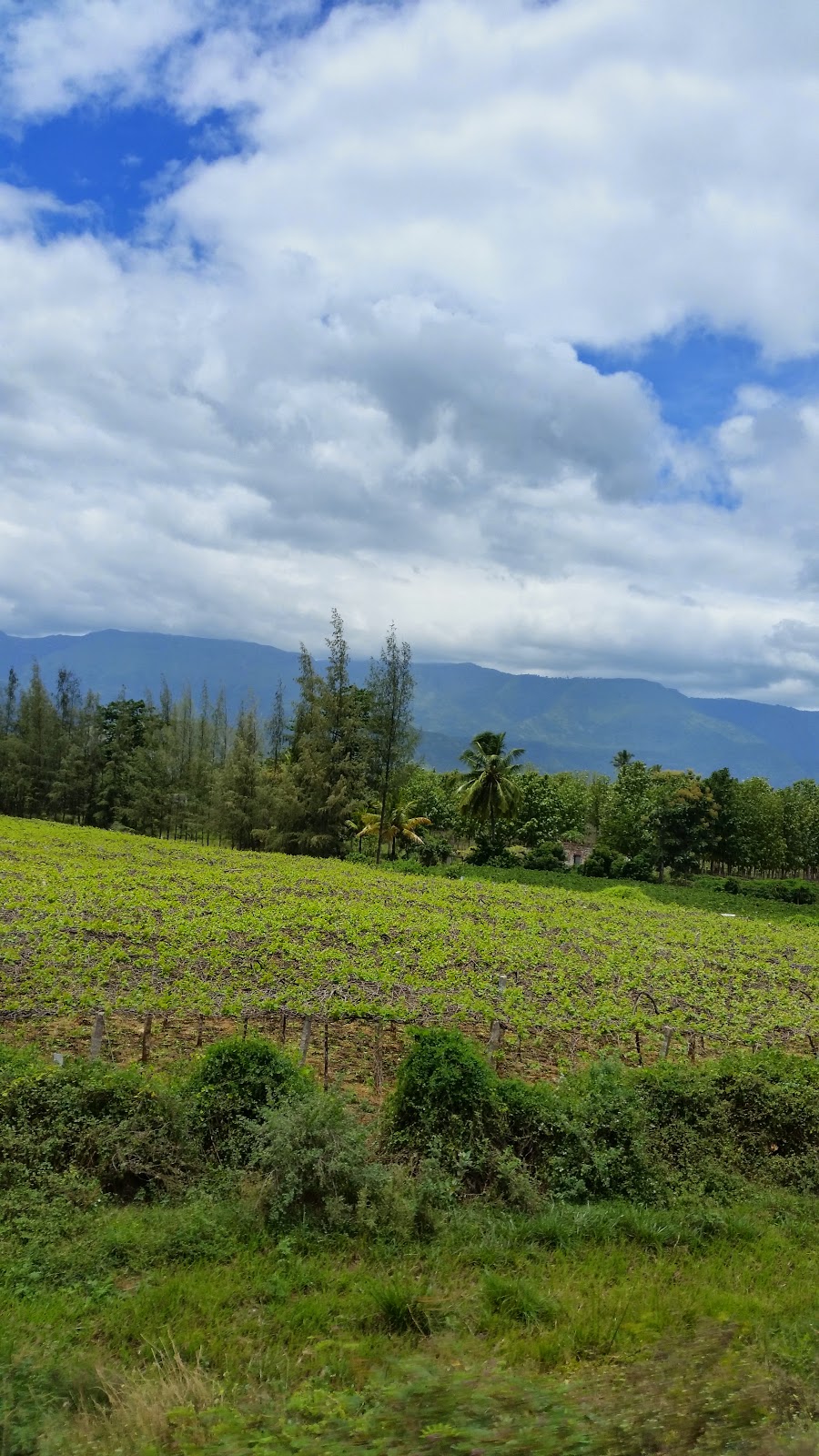 I am now in Kerala (a different province) in an area famous for spices and wildlife. I am sure more posts will follow….