The holiday period is pounding towards us, my timeline is full of people competing for the best dressed tree and so, not wishing to let the side down, my next few posts will have a seasonal twist... 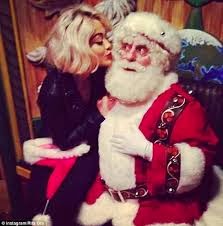 I confess, I love Christmas: the sharing, smiles and sparkle, but I also find it a good time for contemplation.  There is much to be said for the ancient approach towards Yule with its focus on regrowth and renewal.  Long before we started competing for ownership of the most tastefully tinselled tree, evergreen branches were used to decorate homes, as a reminder that the days will lengthen, plants will sprout and crops will grow.  I tend not to make New Year’s resolutions, as I believe that positive change should not be limited to a once-a-year action, but I find the pictures of holly and mistletoe a good reminder of the need to renew bonds with colleagues and actively to reforge relationships with others if they have become strained due to the pressures of work earlier in the year.   I am writing this post on the day of Nelson Mandela’s funeral.  He is an excellent reminder to us all of the power of forgiveness and the potentially great outcomes that can be achieved through forging relationships, despite earlier tensions. 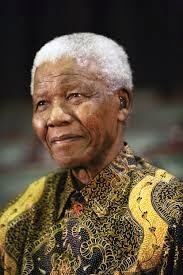 Exit interviews and research both show that the most common cause for people choosing to leave their job is a bad relationship with and lack of respect for their boss (http://businesspaths.net/Articles/12/people-quit-their-boss-not-their-job). Research also shows that January is the most popular month around the world for people to start looking for new opportunities (so if you have bridges to build, you’d better get a move on; there are only a few weeks of December left!).  Did you know that the average tenure of employment in the US is now 1.5 years?  It may be traditional to give valuable gifts at this time of year (gold, frankincense and myrrh spring to mind), but very few people choose to leave because of pay.  They go because of managers’ inability to engage with them.  There are not many of us who are happy to work without a sense of purpose - people need to appreciate the vision that the organisation is trying to achieve.  It’s not a budgeted profit number that inspires, it is the knowledge that what you do makes a difference and is worth striving for - vision fosters financials and not the other way round (http://www.forbes.com/sites/louisefron/2013/06/24/six-reasons-your-best-employees-quit-you/ ).  Clearly, in order for people to understand what they are doing and why, you need to communicate with them.  The simple act of speaking with the individuals in your team, understanding their points of view and taking time to explain your drivers, will do much to strengthen the relationship between you.  An empathetic and honest conversation goes a long way towards enabling trust and mutual respect.  The last factor that makes a difference to people is fun - humans are social and prefer to work in an enjoyable environment where they feel valued. 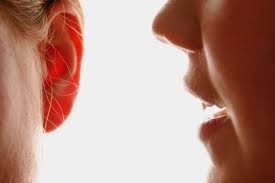 Last week I took two of our London-based teams out, to celebrate the end of the year and to thank them for all they have done over the past twelve months.  Instead of just going for lunch, I planned an outing that would appeal to all of them.  I took them on a mystery trip, where we all took part in a game, that played to our strengths, before relaxing together over a meal.  I know that sounds a bit like HR-contrived-team-building.  However, I’m pleased to say that it didn’t feel like that.  We had fun, even those who don’t usually socialise got on well and everyone had a good time - lots to laugh about.   Two of the more junior team members clubbed together to buy me a personal thank you gift, which they left wrapped on my desk the following day.  I am touched and delighted that I made them feel special.  One person, a good worker who has been with the firm for seven years, commented that it was the first time that senior management had made an effort to make him feel valued - that is a sad statement.  Are there people in your organisation who would say the same?  What’s the risk to your business if you lose them?

We are all familiar with the workplace joke that employees are like mushrooms - kept in the dark and fed s@*t.  I think maybe we should view employees as Christmas mistletoe.  It will only grow on a thriving tree and, because it has leaves, it can create its own strength instead of being a dependent parasite.  The name mistletoe means “dung on a twig” (from the Anglo-Saxon “mistel” - “dung” and “tan” - “twig”) - if you don’t treat your employees with respect and communicate with them that is how they will feel and they will be likely to leave you.  The reason for the name is because the ancient Europeans believed that mistle thrush droppings miraculously transformed into the plant - they did not appreciate that the seeds were carried to trees by the birds.  As employment patterns change we increasingly will need to attract migrant skills to make our organisations stronger and to ensure that projects and objectives are achieved.
We kiss under mistletoe because of ancient Norse beliefs.  In brief, the goddess Frigga’s beautiful son, Baldur, was killed by a spear made of mistletoe - a wicked trick by another god, Loki.  A hero was appointed to ride to Hel (the place for dead souls not killed in battle) to bring him back.  Baldur’s return was agreed on condition that all living things wept for him.  They did but there was one exception, a giantess (whom many believe was Loki in disguise), she shed no tears and hence Baldur had to remain in Hel.  To make amends in a difficult situation, Frigga decreed that going forwards mistletoe should bring love and not death to the world.  Any two people meeting under mistletoe should lay down their arms and embrace in memory of Baldur.  It is an easy step from this to the modern habit. In the past it was thought that each berry was one of Frigga’s tears and, in many places, you had to pluck a berry off the shrub each time you kissed - when there were no more berries there was no longer an excuse to kiss.  It is more probable that the reason mistletoe is connected with kissing and uninhibited erotic/sexual abandon is due to its ancient use as a preventative for pregnancy.  It was also valued for its ability to remain verdant during the winter, despite not being rooted in the soil, when the trees on which it grew appeared to be dead.  In Celtic mythology mistletoe was loved for its vibrant growth during harsh times and also for the fact that the branch, traditionally cut to decorate the home over Yule, was retained and gradually turned golden in colour over the following year (hence the “golden bough”).  I like the symbolism of it being able to enrich the home as time passes, as well as the immediate joy it can bring.

Take mistletoe as a source of inspiration: I’m not espousing physically embracing your colleagues, but communicate with them, value them for who they are and what they bring.  Take advantage of the next few weeks to “kiss and make up”, so to speak - build bridges and strengthen relationships.  We rely on those around us and they are the secret to a golden future. 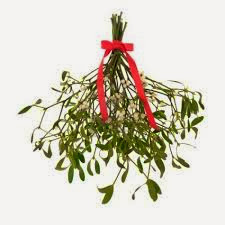