On Sunday afternoon I spent a couple of hours planting bulbs in the garden.  It’s an annual event with me pitched against the squirrels, who seem to find crocus bulbs irresistible.  The match commenced a little later than usual, thanks to my hip, and, even now, I dread to think of what the neighbours made of my contortions, my bad leg sticking out behind me as I struggled to bend and make holes in the ground.  I like growing plants, it helps me keep life in perspective, we are always in such a hurry to get things done, but there are some achievements that you just cannot rush.  I am reminded of the story of the author of Zorba the Greek, Nikos Kazantzakis, who, when walking through an olive grove, spotted a butterfly chrysalis cradled in the cleft of an olive branch.  The infant butterfly was just starting to break through the casing.  Nikos, eager to see the butterfly emerge, encouraged the young creature out of its cocoon.  Although out in the fresh air, it failed to open its wings and take flight, because its wings were too immature/premature to work effectively and, in horror and remorse, he watched the insect die.  It was his impatience to intervene in a process that he did not fully understand that denied the butterfly its existence.  We need to be mindful of the needs of others and give them the time they require to develop and grow. 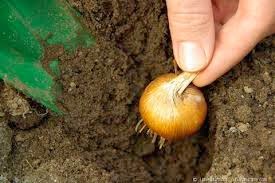 Daffodil and crocus bulbs are unprepossessing objects - with their dry skins rustling as you handle them, they hardly seem alive as you place them in the ground.  Without casting aspersions, some employees can also be unprepossessing.  Often, they only come into their own once they have been given time to develop, prior to being put into a position where they have to shine.  This is worth bearing in mind when undertaking tasks such as succession planning.  Having the right people ready when you need them requires more than simply some names in a grid highlighting who (both internally and externally) is ready to step into a role now and who might be appropriate in the future.  It is important to think about how the world may change, so that skills not currently required can be developed and introduced.  My organisation has worked with an excellent future scenario planner, to help us consider what the social, political, demographical, economic, environmental and technical arenas may be like for us and our clients in years to come.  It will take at least a decade for us to know whether our predictions are correct.  The one thing we know with certainty is that the world will change and that we need to be able to respond and react.  Heraclitus said “there is nothing permanent except change”, but I quite like the words of CS Lewis:

“It may be hard for an egg to turn into a bird: it would be a jolly sight harder for it to learn to fly while remaining an egg.  We are like eggs at present.  And you cannot go on indefinitely being just an ordinary, decent egg.  We must be hatched or go bad.” 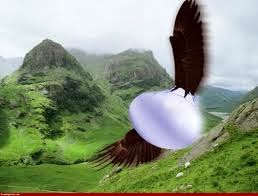 I don’t claim to be a good egg, but I often think of bulbs when I am stepping into a fresh role.  It’s not because I am “soft” (to continue the egg metaphor) or that I don’t do “difficult conversations”, it’s actually because I think the business’ best interests are well served by my approach.  It is common for a new leader to want their own people around them, but I believe that there is much value to be gained from getting a bulb to light up again, as opposed to simply replacing it.  We are nearing time to decorate the Christmas tree and I quite like the task of hunting out the “dodgy bulbs” and ensuring they have a good connection and hence can shine.  I like doing the same with people.  Building rapport and trust is vital but brings rewards.  Institutional memory is crucial and, if you do not retain employees who were in an organisation/department prior to your joining it is much more difficult to discover what happened in the past and hence to appreciate why people react and respond as they do.  Clearly, there is little merit in retaining a person simply because of their length of tenure in a role, a good leader needs to be able to encourage exemplary performance from the individuals who report to them.  Even electric bulbs are responsive to their environment - a change in voltage can make them dim or bright and too much energy can make them blow in response to the excess electrical pressure - all good lessons for leaders to bear in mind. 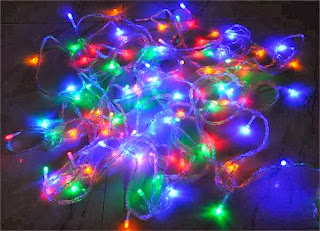 Which brings me back to the bulbs I have buried in my garden - the tubers, bulbs and corms that require planting in the autumn (daffodils, crocuses, tulips, snowdrops, etc...) need to experience the harsh conditions of winter to stimulate their growth in the spring.  I know that it will take time for them to adjust to being in the soil (as opposed to being in a paper bag in a drawer).  There is nothing I can do to speed the seasons nor to hasten the process of their growth, although I can water and protect them from the worst of the elements and safeguard them with mesh to keep the squirrels at bay.  Having done what little I can to ensure their survival, the rest is up to them.  The power of nature is awesome and I am optimistic that I will have sweet scented narcissi in the Spring.
You should never underestimate bulbs - like us, they have the resources that they require, buried deep inside them.  If you cut a bulb in half you can see that they have stored within the early stages of vegetation, stalks and even embryonic flowers.  Most of us have sliced an onion when cooking - if you study a half closely you can see that the outer layers are in fact swollen leaves and hidden at its core is a small stem that, if your onions have been in the larder/fridge a little long, sprouts easily.  Part of the reason why I have such a battle with squirrels is that crocuses and tulips are closely related to onions and are edible - indeed Audrey Hepburn survived famine in Utrecht in 1945 by eating tulip bulbs.  In the 1600’s tulip bulbs were in such demand - not for their culinary appeal but because of their exotic blooms (especially the elusive black flowering variety, which in reality does not exist) that their value exceeded that of precious metals and they were used instead of currency.  One bulb was worth the equivalent of $2,000.   At the peak of Tulip Mania, in March 1637, a bulb sold for ten times the annual income of a skilled craftsman.  An old equivalent of Bit-coin, in that the value was linked to speculation and the effort put into its creation (and a degree of good fortune also impacted the price).  Mind you you cannot eat a Bit-coin - they won’t save you in a famine.  Not sure I would recommend eating hyacinths either (even though they are classified as food by the European Union and are a regional delicacy in Puglia, Italy) - they exude a bitter, sticky, slimy goo as you cut and prepare them and require two days of soaking in clean water before they begin to be palatable.  Never eat daffodil or narcissi bulbs - they are toxic to humans (and even squirrels don’t like them).   Mind you, if required, they can make very functional weapons - a memory of my childhood is my mother (a keen gardener) leaping out of our car to shout at a collection of boys who were digging up the bulbs on a municipal site, using them like flails, holding the long leaves as they hit and hurled the daffodil bulbs at each other.  My mother’s wrath was formidable and the battle ceased.  Bulbs mean a lot to certain people. 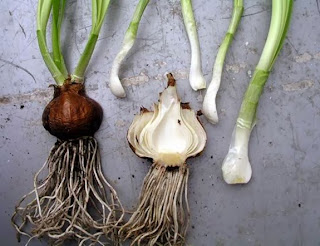 Rather than ending on a deadly or combative note, I’d like to finish with a grin, and leave you with some "Light Bulb Moments". So here are five of my favourite light bulb jokes 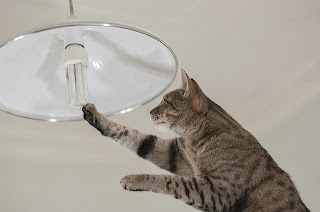 I hope they raise a smile and brighten your week...

How many mystery writers does it take to change a light bulb?

Two: one to screw it almost all the way and then one to give it a really good twist at the end.

How many software programmers does it take to change a light bulb?

None - that’s a hardware problem.

How many actors does it take to change a light bulb?

How many Chinese Red Guards dos it take to change a light bulb?

How many L&D specialists does it take to change a light bulb?

Only one, but the bulb really has to want to change. 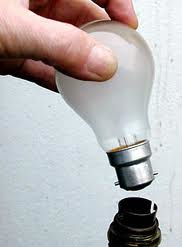 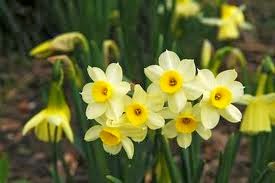