It’s nearly the holidays, or should that read the Holly-days?  The glossy evergreen plant, with sharp spikes on its leaves and clusters of vibrant red berries, has been considered a special plant, used to decorate homes and enliven festivals, long before the Christian celebration commenced.  Today’s post in my seasonal series is inspired by holly and focuses on being sharp and the potential impact of words and actions. 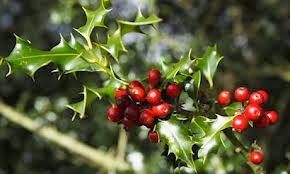 “The sword the body wounds, sharp words the mind.”- Menander, Greek Playwright 300BC

Why is it considered advantageous to be “sharp-eyed” and in possession of a “sharp mind” and yet unpleasant to be “sharp-tongued”?  Certainly it is easy to upset and harm others by being critical and making unkind comments, especially if they are cutting and simultaneously witty, but, in a world where most people worry about how they are perceived, having keen eyesight and being alert and observant is considered desirable.  I suspect the reason for the apparent disparity is due to basic human reactions - we are good at remembering the manner in which something is said long after we have forgotten the actual words used or the attire of the speaker.  Think back to the last time you were interviewed - can you remember the clothes the interviewer wore or the wording of the questions he or she asked?  I suspect not, although you are likely to remember how you were made to feel during the meeting and that will have influenced your attitude towards both that person and the organisation they represent. 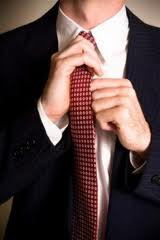 There are numerous articles and blogs about how the human brain works and why we react to and retain the information that we do.  In some studies, nonverbal communication has been shown to carry up to 93% more impact than the words spoken.  I would argue that the way that words are said usually says more than the words themselves.  If a friend slams the door behind them, thumps their bag down on the table and sighs deeply, when the answer is “I’m fine.” on being asked how they are, do you believe them?  We should all be mindful of the impact we have on those around us.  When I was much younger I worked for a large financial services business and we, the HR team, were involved in a number of mergers (trying to “realise cost efficiencies” by combining departments and removing duplication of labour).  It was demanding work, as it impacted on people’s lives and we cared (as an aside, there is seldom support for the HR employees handling redundancies).  In difficult times HR often find themselves at the sharp end of people’s irritation and stress.  One HR colleague became increasingly frustrated by the manner in which the team was treated.  He was intelligent and quick witted.  We all enjoyed his keen sense of humour, but, as his dissatisfaction mounted, he started responding by writing acerbic (albeit very funny) emails about the situation we were in –you could tell who had received the latest missive by the muffled chuckles.  He really had a way with words.


After he had raised various suggestions to senior management, about ways in which the situation could be made less stressful, all of which fell on deaf ears, he slipped from being pleasantly entertaining to becoming unpleasantly personal.  He wrote, with searing sarcasm, about the environment and certain individuals within it.  It stopped being funny.  In the end one of his more bitter missives was forwarded to a director and disciplinary proceedings ensued.  I am not condoning what he wrote, however, I do not feel that he was solely to blame.  He had tried to propose solutions but was ignored.  We, his colleagues, did not discourage him from being disruptive nor did we alert him to the impact he was having on certain people within the team and senior management were unresponsive and turned a blind eye.  It often feels easier to avoid talking than to have a difficult conversation, although in my experience this is a foolish response.
What has this to do with holly?  Well, a bit... Holly is a dioecious plant, meaning that there are male and female trees.  In order for berries to be produced, the female needs to be located 30-40 feet of a male, so that pollination can occur.  It was the close proximity of sympathetic colleagues that encouraged my colleague in HR to start composing and sharing his sharp-tongued emails.  His words were damaging for morale and hurt some people more than he appreciated.  The ancient Celts of the British Isles and Gaul believed that the Holly King ruled over winter and death, whilst the Oak King ruled life and summer.  The Holly King was a truculent giant with a great wooden club made of a holly branch.   (He became the Green Knight of Arthurian legend, who challenged Sir Gawain during a Yuletide feast, his weapon a “solitary branch of holly.”)  His belligerent behaviour unsettled the people around him.  My sharp-mouthed friend did the same.


His instinct was right, in that he was trying to enhance our situation, but his full-on approach was harmful.  Holly berries are potentially dangerous to humans, if eaten like fruit.  However, if consumed in the right way, holly can prove to be beneficial – holly extract has been used in folk remedies for centuries and recently it has been discovered that there are chemicals in the roots and bark that could be an effective treatment for skin cancer and boosting the immune system (http://news.bbc.co.uk/1/hi/health/236410.stm).  Certain types of holly have been viewed desirable for centuries.  The Guarada people of South American tell of the god Pa-i-shume who taught them how to brew mate – a stimulating and reviving tea, made from the leaves of the Paraguayan holly.  Fine chess pieces are often made of holly wood – it is pale, almost white in colour and grain-less, but can be dyed easily and evenly.  Holly is also a traditional material for the creation of black piano keys.  Most things, like people, can fulfil a wonderful and unique purpose, so long as you appreciate their attributes and use them to best effect. 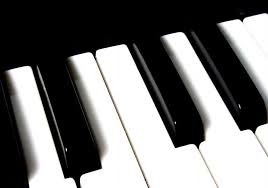 I am intrigued by the fact that holly has fulfilled a similar role in a number of communities around the world.  In rural Japan, holly sprigs are hung on doors to ward off devils and a popular New Year’s charm is a holly leaf on a skewer – to represent the Buddhist monk-deity Daikoku, who was saved from an attack by a devil by being given a holly branch to protect himself.  It is common across Europe for holly wreaths to be placed on doors, over the mid-winter period, and trees were often planted near homes to deter spirits, as well as to prevent lightening strikes (holly has been proven to be an effective conductor, better than most trees, with limited injury to the plant itself when struck).  In mythology there are similarities too: in Shinto mythology the Sun-goddess Amaterasu hides from the world in a cavern, thereby bringing winter. The erotic clown goddess Uzume hangs a mirror and jewels in a holly tree and her entertaining but lascivious dancing encourages Amaterasu out, thereby heralding spring.  Ancient Greek mythology also explains winter as being due to a goddess, Demeter, hiding herself away.  In both stories a bawdy comedian, who is a lesser goddess, distracts the recluse - the raunchy old crone Baubo flashes more than her baubles to make Demeter laugh and start drinking again.


So next time someone makes unnecessary, sarcastic comments, look to the reasons why he or she is being sharp-tongued.  Have you ever noticed that a holly tree has spiked leaves closer to the ground to protect it from attack and being eaten by animals.  Higher up the tree the spined leaves are replaced by smooth ovals - not dissimilar to the laurels that Romans wore to symbolise champions.  Like the sprig of holly on a pudding, the sharp words could be symptomatic of something bigger; if you protect and nurture the speaker the spikey language may cease as he/or she grows and thrives.  We have moved on from holly being a clumsy club to harm others, for most people holly is considered a symbol of good luck.  Luck is there for the making if you remain sharp-eyed and sharp-witted and know how to spot it.  Here’s wishing you luck in the year to come.

Baubo figurine
similar to Sheela-na-Gig's
found on European churches
Posted by KateGL at 12:47