As my recent silence perhaps indicates, I have been on holiday for much of the past fortnight – firstly dashing round the country catching up with family and friends, then returning to work, to clear some urgent matters, before now finding myself seated on a plane bound to Crete to spend a week with close loved ones.  Like many, I find it valuable to step out of the work environment for a few days, not just for the rest and recuperation but also because I am able to see things from a different perspective or angle.  It is not uncommon for me to gain my best insights whilst I am slightly distanced from pressing priorities and demands.  Much to the surprise of some of the people I work with, I paid to spend the first morning of my vacation at a conference in central London.  It was on Positive Psychology with group discussions as to how it can best be applied within the work environment.  It was the best way to start my break - interesting and uplifting – all credit to Sukh Pabial who decided to organise the event, because of his knowledge and passion for the topic and his belief that it could be of value to others. 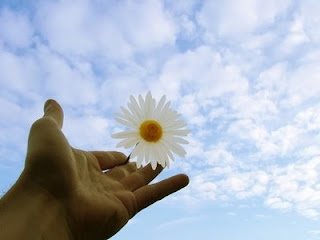 The atmosphere at the event was exceptional – it really was one of the best conferences I have ever attended. I agree with Dave Goddin’s comments in his blog that this is the way conferences should be http://peopleperformancepotential.com/2012/08/17/a-social-learning-masterclass/; every person who came was there, not out of a sense of duty or to please others, but because they wanted to be there and learn; we all shared a genuine interest in the subject.  Due to the way in which the morning was designed, not only did we find out about the subject, but we also had ample opportunity to mix and talk with fellow delegates and by so doing expanded our own knowledge, as well as making some great new connections.  I have come across various contacts through New Media (especially Twitter) and this was the first time that I met some of them in person – it was a genuine pleasure. 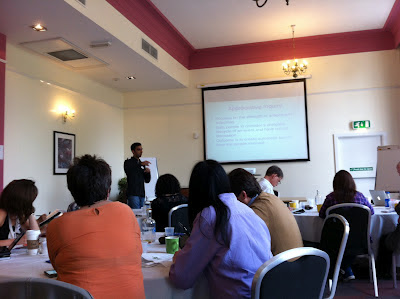 People were eager to contribute to discussions, to expand on others’ observations (a lot of “Yes, and...” as opposed to “Hmmm, but...”) and I learned much.  In an attempt to maintain the spirit and enthusiasm, let me share some of our learnings: we explored the concept of our Third Spaces (places where each of us feel content and away from criticism and judgement).  I was not surprised to learn that a fellow fishing enthusiast is most at peace on a riverbank (tight lines to him going forward – it was great to see him at the event, especially after the past couple of months that he has endured).  Another pair, whom I have known for a while, realised how important their quiet time simply walking the dog was/is – a chance to revel in the pleasure of familiar landmarks, as their canine companion leaps ahead and dashes back to rejoin them, both clearly happy bounding across, or simply taking note of, well-known fields and paths whilst appreciating being with a much-loved escort.  A number mentioned the reviving power of water – Ian Pettigrew (who works under the name Kingfisher Coach) has known this for a while, hence his chosen name for his business. 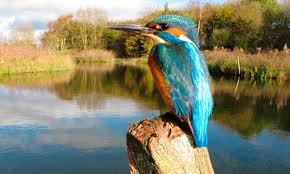 I am unsure as to whether I have a specific place (the Tithe Barn at Great Coxwell has always been a special spot for me, but I have not been there for over a decade) or whether I find contentment in a combination of factors, including being able to see the sky and having running water near me, that help me to recharge myself and relax.  I do know that when I lived in a town with tall buildings around me all the time I felt an aching need to see clouds and the horizon and I am seldom happier than when I am standing quietly on a riverbank, probably fishing. 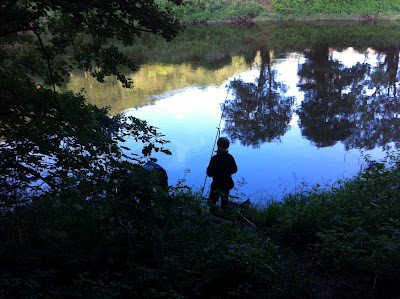 We contemplated the difference between trying to view events in a positive light (“looking for positives”) and being genuinely happy and enjoying/living a positive life.  I am writing this from Crete and therefore feel it appropriate to add some Ancient Greek thoughts, which were not raised during the session.  To a certain extent Positive Psychology can trace its roots to the Ancient Greeks: Socrates advocated the need for self-awareness and establishing an understanding as to how you fit within the world around you to achieve true happiness; Plato’s allegory of the cave confirms Western thinking that happiness requires an understanding of deeper meanings. Some modern approaches in psychology (such as CBT) are echoed in spiritual “exercises” advocated by the Stoics, who believed that a life well lived needed to be grounded in being objective and reasonable. Aristotle philosophised on the merits of eudaimonia (which means literally “the state of having a good indwelling spirit, a good genius”) as the route towards having a happy and well-lived life, with a integral link between virtue and rational activity. 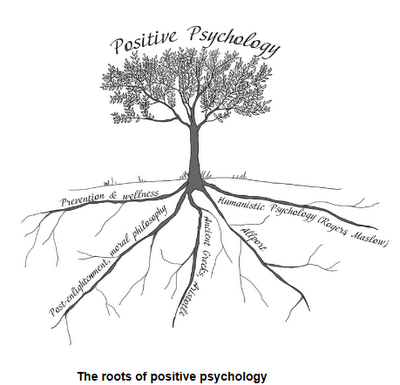 Seeking succour in an appropriate Third Space can help to ensure a person remains happy and able to appreciate the world.  So can letting others know they have played an impactful role and done things to improve your life, or indeed being told by others how much you have helped them to become happy. 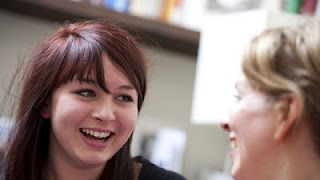 I was quite struck by the power of this type of interaction during our discussions and wanted to help encourage some of us to do something positive as a result of attending.  To that end, I have promised my fellow attendees that I will meet with and thank someone who has had a significant impact on my life.  I know who I will be seeing – all I need to do now is arrange the meeting and take the time to go to Sussex.  I will report back after the event.  I would like to encourage you to undertake a Gratitude Visit.  My offer remains for any reader of this bog and/or any fellow attendee from the Conference that would like to thank someone and share their tale (perhaps of both why gratitude is felt and your actual meeting to thank that person for their impact on your life) - I would be happy to act as a receptacle for any stories that people would like to share.  When I return from Crete I will be setting up a website on which people can post their tales (I regret that I have found that I cannot do it from here as the Internet access is too intermittent).  It would be great to get together a collection of Gratitude Visits and Thank You Stories as a way of perpetuating the energy of the Conference and inspiring others to live more positive lives. 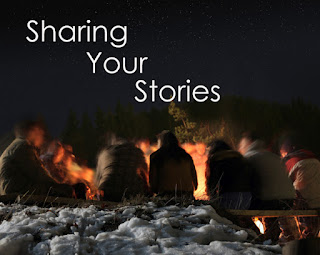 At the Conference it was interesting to discuss why we felt that certain cultures seem more contented than others – Bhutan, Jamaica, Ireland and parts of Africa were all named as countries whose inhabitants seem positive about themselves and their environment (I was also struck by the fact that, with perhaps the exception of Bhutan, each of these locations have also suffered severe social unrest within segments of their societies, yet the general opinion on the people is that they are cheerful and genuinely appreciate the lives they have).  I am now in Crete and I would like to add Cretan to the list of positive cultures – last night I sat under ancient olive trees with some elders of the village where we are staying.  It was a pleasure to sit with them, sipping their home made wine (and tasting fresh grapes, plucked off the vine from which the wine is made – both the fruit and the wine were soft and surprisingly floral).  Our host produced a simple platter consisting of chunks of local cheese (a delicious local hard one called Graveia and a ewes' cheese that is very more-ish named Myzitra), flavoursome black olives from his trees and a hard traditional Cretan rusk (called Dakos) that he had soaked to soften in olive oil and water.  Our table was a large used cable reel, turned on its side, none of the chairs matched and the wine bottle was a recycled plastic mineral water bottle.  Simple fare in simple surroundings and yet the contentment around the table was almost palpable.  Even the local cats seemed happy. 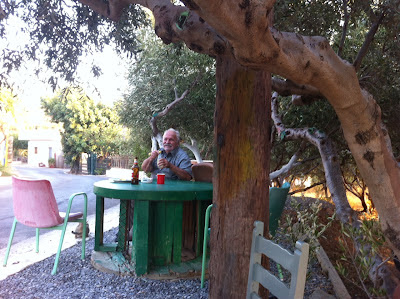 After last night, I can join with another group of Ancient Greek thinkers, the Epicureans, in believing that happiness can be achieved through the enjoyment of simple pleasures. 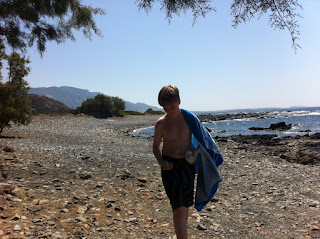