Three Cheers For The Small Things

The holiday season is over and hence I think it’s time to tell you one of my favourite jokes.  (NB A word of warning, it is a British joke, grounded in British culture and hence will not appeal or perhaps make sense to everyone...) Once upon a time The Three Little Pigs went out to dinner in a restaurant. 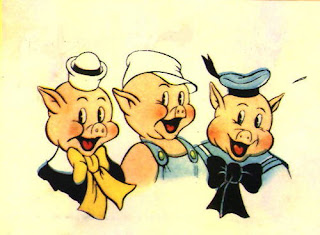 A suave French waiter came to take their order “Ah Sirs, what would you like for your first course?” he asked.  The Big Pig looked at the menu, licked his bristly upper lip and said “I’m ravenous I would like all the starters on the menu.” The Middle Sized Pig studied the choices carefully and opted for chilled pea and mint soup.  When asked for his selection the Little Pig looked the waiter in the eye and said “I’d just like a glass of water, please.” 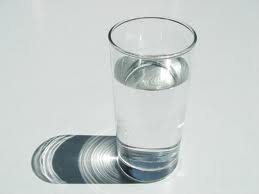 After they had finished their starters, the waiter returned to take their orders for the main course.  Again, the Big Pig claimed to be famished and asked for all the dishes on the menu (with the exception of the sausages).  After careful consideration the Middle Sized Pig requested roast guinea fowl with chestnuts, but the Little Pig again politely declined to eat and requested a glass of water.  When the Big Pig had finished his gargantuan repast and the plates had been cleared, the waiter returned to ask what they might want for dessert.  Slavering with greed, the Big Pig asked for every pudding on the menu, the Middle Sized Pig asked for the Raspberry Pavlova but the Little Pig simply requested a further glass of water.  Surprised, the waiter said “But Sir, you have not eaten anything all evening”.  “I know,” concurred the Little Pig, “however, one of us has to go ‘wee wee wee’ all the way home.” 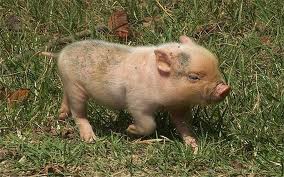 The Little Pig knew exactly what he had to do to achieve what was expected of him. 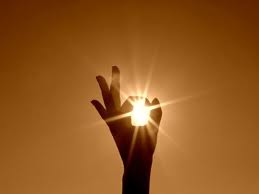 I have been thinking a lot about what drives people to succeed.  Part of my pondering has been inspired by a great new restaurant that has opened close to my home in London, it is called Courtesan http://www.thecourtesan.co.uk/ and it serves wonderful dim sum (the best I have found in London) and cocktails.  I spent much of my youth in South East Asia and used to love having dim sum – delicious Chinese bite size delicacies.  Dim sum translates as “touch the heart”, but I must confess that few dim sum restaurants in the UK have inspired me.  Courtesan is different – mainly because of the almost fanatical attention to detail, everything from the decor (my son claims it makes him feel as though he is sitting in a Tarantino film set in Old Shanghai – cracked lacquer wainscots, an almost Mao-esque sense of control and restraint in the dining area contrasting with the gilded opulence of a birdcage bar) 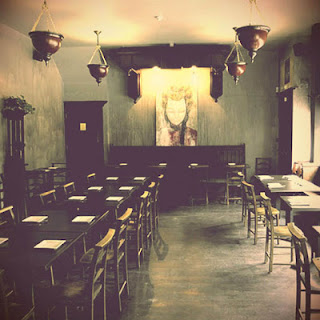 to the delicious food (such as softly rendered shitake mushrooms in meltingly soft pastry, glutinous rice encasing unctuous black sesame paste or aromatic jerk chicken with rice wrapped and steamed in lotus leaves – a witty and tasty nod to some of the local community in Brixton), or excellent teas (including Pu Erh Imperial – seldom found in England as its earthy aroma and taste is deemed to be somewhat unusual to Western palates - and the lauded Lung Ching Dragonwell, an exceptional Green Tea from Zhejiang) as well as some beautifully balanced cocktails (using appropriate ingredients for the venue, including Chinese teas, exotic fruits and spices – I particularly liked The Last Cigar which includes a melange of whisky, Lapsang Souchong tea, chilli and fig liqueur to give it heat and a lingering smokiness – Emanuel, the bar tender, is an subtle expert who learnt the tricks of balancing ingredients in two highly acclaimed cocktail bars north of the Thames before returning to his South London roots.  Indeed Hammant, the Italian/Indian owner with an eye for detail, has enticed some true epicurean experts to join him in his venture – in addition to knowledgeable bar staff, his chef, a surprisingly young dim sum master, joined from Royal China Club on Baker Street and is doing much to enhance Chinese cooking South of The River. 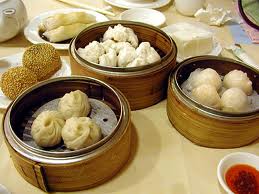 Traditionally dim sum was eaten as a snack with tea, as a means of enticing customers into the traditional tea houses along the old Silk Road.  As the skill in producing these culinary delights developed, they became a dish for royalty, enabling a selection of the choicest treats to be provided to members of the court and aristocracy.  When you consider something, it is often the little details that are surprising, rather like looking at sand under a microscope (see below photograph which shows sand magnified 250x).  My grandmother, a canny Scot from Ayr, used to say to me “many a little makes a muckle” meaning if you take care of the little things, the bigger stuff will work out well.  Her advice has stood me in good stead and Hammant’s attention to detail in all aspects of his venture should engender good fortune. 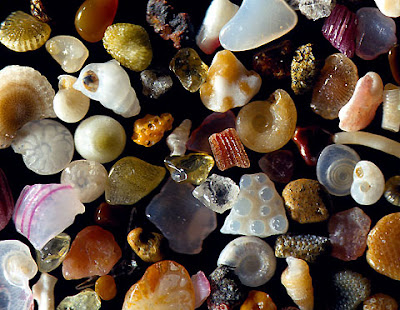 I have been consciously considering the little details that make up my daily life – let me explain why...  One of the highlights of the Positive Psychology in Application conference that I attended last month was talking to Noel and a couple of delightful fellow delegates, the students, Martha and Emma.  All three were advocates of understanding what is important in a person’s life, so that it can provide a sound foundation on which to construct the future.  Clearly, this approach is close to the organizational development method of Appreciative Enquiry, which aims to build upon what a business and its employees do well.  Noel (http://knoeledge.com/) in particular extolled the benefits he has gained from taking time to reconsider each day and to make an effort to list three highlights - Three Good Things.  I decided to give it a go and have now been making my personal lists for nearly a month. 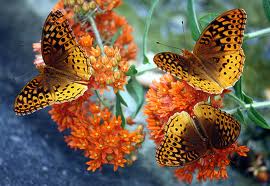 It is interesting to see the themes and connected threads that comprise the range of happenings that I have enjoyed.  I appreciate that late August/early September 2012 has not been a typical few weeks of my life – I have had my first break for eight months, enjoyed a wonderful family holiday, spent time having fun with friends and celebrated two major birthdays – however, despite the time not being characteristic, I suspect that the daily highlights that have pleased me originate from the same roots as those I will enjoy when “normal service resumes” – for example: the pleasure of sampling something new such as the dessert at my mother’s 80th birthday dinner; the warm aromatic air in Crete or the delicious smell of fresh bread; the sun on my face as I spent some time by myself wandering through the olive groves; sharing or making a discovery with someone I care about – my son and I found a wonderful secret cove in which to swim; seeing the smile on the face of a loved one such as my mother when she opened gifts that had been made especially for her or my son when he caught his first fish with Grandpa watching – whose smile was also a joy; being struck by something simple but wonderful, such as a rainbow while I drove home, the flash of a kingfisher along the riverbank, the stars in the sky above the villa in Crete or the taste of stewed quince with fresh yoghurt;  and watching others learn and grow – be it showing people my bees busy in their hive or encouraging my son to stand with me to watch the fascinating fifteenth century faceless clock strike noon in St Andrew’s Church at Castle Combe. 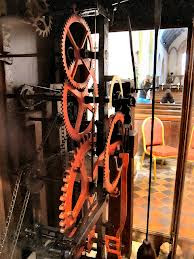 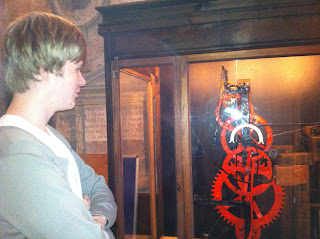 All little incidents, but they mean so much to me. 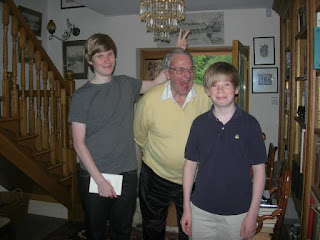 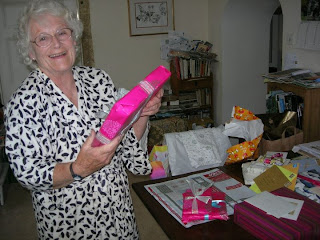