Today is the anniversary of the birth of the great American chef, author and gastronome Julia Child (celebrated in the blog, book and subsequent film, starring Merly Streep as Julia, “Julie & Julia” http://www.youtube.com/watch?v=vjvJHsJD8ic ) – I am sure she would approve of my advocating that we all could benefit from adding a pinch of Olympic gold into the recipes of our lives – be it an enhanced attention to detail, the ability to interact and celebrate better with others or developing the stamina and determination to see things through to completion.

At the risk of sounding like the repetitive echo of many others’ voices, I must confess that the London Olympic Games exceeded my expectations:
·       great atmosphere;
·       stunning venues (I particularly loved the wild flowers and the landscaping in the Olympic Park);
·       magnificent competitors;
·       friendly and not overwhelming crowds;
·       easy transport;
·       well organised (despite some infuriating ticketing issues);
·       an impactful and clever opening ceremony;
·       Thomas Heatherwick’s spectacular and inspired cauldron, with its 204 copper ‘petals’ that became going-home gifts for each of the competing nations (did you know that the UN only recognises 192 nations?);
·       superb sporting events;
·       world records broken; and a
·       rousing musical finale which provided a great introduction to Rio 2016. 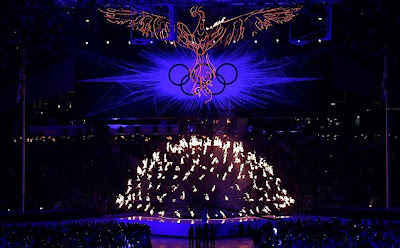 I loved seeing and being with people happily united in the simple enjoyment of sport, shared national pride, stunned amazement at awe-inspiring spectacles and elated celebrations. What’s more, despite the current lull, it’s not over - I gather that the 2012 Paralympic Games tickets are selling out fast (it looks as though this will be the first time that all tickets will have been sold since the games were formally founded in 1960) – there will be a new ‘petal’ cauldron burning in the stadium in a fortnight. 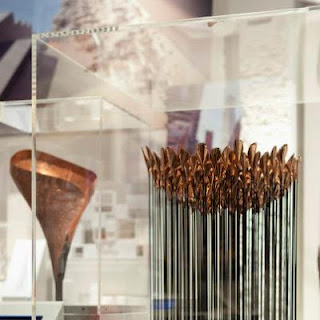 Many things can be learned from the UK Olympic and Paralympic events, by both individuals and organisations.  There is no reason why people at work or in environments such as academia cannot love being with others, happily united in the simple enjoyment of achievement, shared pride, amazement at the accomplishments of awe-inspiring colleagues and rightful celebrations when a job is well done and goals attained or exceeded.  We have it within us to be successful and to collaborate (to huge effect) with those around us.  This (rather lengthy) talk, by the psychologist Jonathan Haidt, given to employees at Google, provides some interesting insights into why we think, respond and behave in the way that we do, especially when in groups:
http://www.youtube.com/watch?v=2APK3tlPL_0&feature=g-all-u
It takes faith in our abilities, an understanding of the goals, careful planning, appropriate leadership and support, enablement of individual potentials to be realised (with the right people put in the right roles and given access to the right connections to get things done), perseverance, commitment and the combined will of all involved to succeed in attaining a shared objective.  A sprinkle of luck (such as the weather or wind on the day) can have an impact, but there is much truth in the golfer Gary Player’s comment that
“the more I practice, the luckier I get”.
Successful athletes in all sports practice and practice to enhance their skills.  Mo Farah had a gruelling regime (running 120 miles per week at circa 5.4 minutes per mile, as well as working out in the gym and even running on an underwater treadmill to prevent injury) that lead to his winning two gold medals. 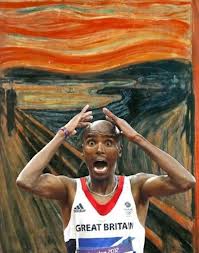 As Mohammed Ali once said:

"The fight is won or lost far away from witnesses - behind the lines, in the gym, and out there on the road, long before I dance under those lights." 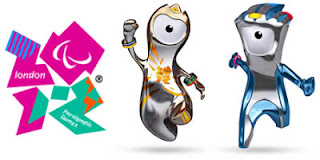 One of the reasons the London 2012 Olympics were so successful was the meticulous attention to detail.  All of the events were carefully planned and the forethought showed; even the mascots had perhaps more to them than many of us appreciate.  Although some have commented that they look like extras from the film “Monsters, Inc” and others have unkindly renamed the pair Mandelson and Prescott (a couple of famously feuding former UK Cabinet Ministers) or Pentonville and Wormwood (two renowned Victorian-built London prisons), considerable thought went into their creation.  They are supposedly made from drips of steel formed during the forging of the iron girders that built the Olympic stadium.  Their actual names are Wenlock (after the Shropshire town of Much Wenlock which held a forerunner of the current Olympic Games) and Manderville (after Stoke Mandeville Hospital where, from 1948, British War Veterans competed in the Stoke Mandeville Games, the precursor of the Paralympic Games).  Danny Boyle’s extraordinary Opening Ceremony also exemplifies some of the deep contemplation and preparation that enabled success.  It was intelligent, as well as spectacular, with messages behind every scene (The middle section named Pandemonium – after Milton’s capital of hell in “Paradise Lost” – gave me one of my lasting memories as forged rings glowed and were then raised in a cascade of sparks above the crowds) 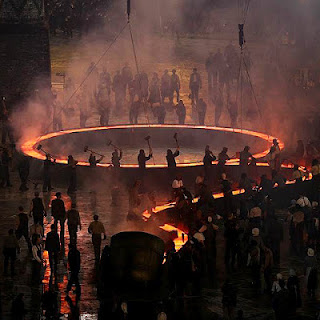 The Opening Ceremony enabled the quirky eccentricities of the British personality to be celebrated in addition to highlighting aspects of the history that created the UK that hosted the Games. (Diversity adds to the mix and creates a stronger whole.) 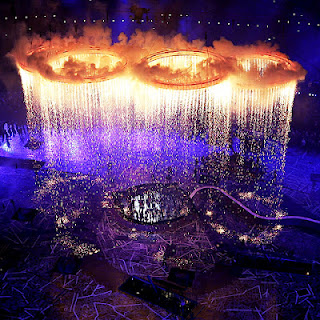 Throughout the Olympics there were lots of little touches, many of which went unnoticed, that each made a difference (such as the remote control Minis carrying javelins and hammers back and forth to officials during the Athletic events and the care shown by the numerous volunteers one even injured her fingers through high fiving so many visitors).  Rowan Atkinson’s Mr Bean was an inspired inclusion at the start, but there are some other details that probably did little more than raise a knowing smile in those in the know (for example part of the running track from the 1948 Olympics, also held in London, was buried under the Olympic Park athletics stadium site and the copper petals were completed in secrecy, only days before the start, by craftsmen who did not appreciate what they were for until they saw them on TV as they were used in the Opening Ceremony http://www.fenlandcitizen.co.uk/news/latest-news/flaming-brilliant-1-4113479 ). 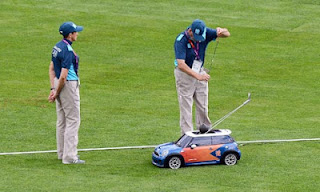 The host country’s medal tally is impressive and, of course, I am pleased, but I was delighted by many other occurrences, such as when Granada’s runner, Kirani James, stormed to victory in the Men’s 400m - a first ever gold medal for the island; I was personally amused by the fact that there were more people in the Olympic Park as he won than there are in the population of Grenada. The impact of the Games on people across the country has been amazing (the often viewed as grumpy and self-controlled Brits have proven themselves warm, welcoming and passionate – I gather that this trait now will be used to encourage tourists to come to the UK). 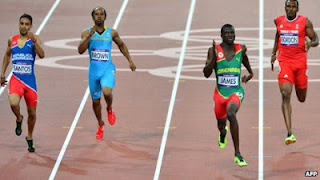 The past Olympic fortnight has been inspirational and entertaining in so many ways.  I am so glad that I was able to see some events in The Olympic Park and at Greenwich – lifelong memories for me and my sons.  The Games are already living up to their motto and inspiring a generation (well they’ve inspired me at least).  I have made a personal commitment to use some of what I have learned going forward, namely:

·       I will continue to practice my skills, even those I believe I am good at, coming second isn’t good enough
·       Being a creative entrepreneur, I am not a natural completer finisher, so I will make an extra effort going forward to focus on the detail, ensuring successful implementation of plans
·       I will continue to foster and encourage diversity, thereby making a stronger and more appealing operation
·       I will make sure that the little touches are always there, as they can make the difference
·       I will keep an open mind and be prepared for the unexpected (who would have envisaged that a camper van could convert itself into an octopus?). 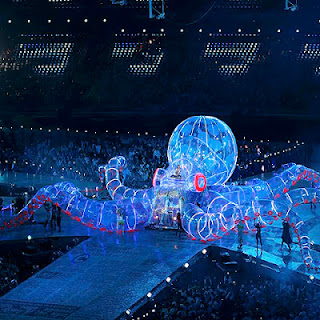