Looking Behind the Eyes

a quote from William S. Boroughs’ seminal novel “Naked Lunch” – a book that not only has had a fundamental impact on American literature/on-screen entertainment over the past fifty years (I suspect that “Breaking Bad” can trace its roots to Burroughs’ influence on what is deemed acceptable and/or a powerful form of satirical observation on society), but Burroughs’ work has also influenced Western culture and the way we think.  2014 is the centenary of Burroughs’ birth, he was born in the same year as the great Welsh poet and writer Dylan Thomas (another artist I admire and whose evocative words have influenced modern writing) both talented, but troubled, men who are hailed by their nations. I suspect that Burroughs has made the greater impact on global society. He certainly has influenced a wide number of writers and musicians (Burroughs is depicted next to Marilyn Monroe on the cover of the Beatles’ Sgt Pepper album; he made a huge on Patti Smith, she spent much of her youth hanging out with him and Ginsberg after meeting her soul-mate Mapplethorpe; according to Lou Reed the Velvet Underground would not have happened without him; Steely Dan who named themselves after a dildo in Naked Lunch; David Bowie - who used Burroughs’ Cut-up technique to create lyrics for his own songs – was clearly a fan as were many of the early punk bands, including the British group the Doctors of Madness, who themselves were a significant influence on the early European punk scene).

Doctors of Madness’ lead singer/guitarist, Richard Strange, now an eclectic trailblazer of London’s underground Arts scene, was commissioned by the South Bank to put on the centenary celebration, “Language is a Virus from Outer Space” (another Burroughs’ quote) at the Queen Elizabeth Hall, as part of the London Literature Festival. I had the privilege of being invited to attend both the event and after-show-party by my friend Peter Cook. Peter is himself a capable musician with an interesting background in some ways not dissimilar to Burroughs’: having worked within both the pharmaceutical and higher education sectors before writing books and founding his business consultancy (Burroughs was a pest exterminator and his exposure to insect killing chemicals (“Bug Powder”) and cockroaches clearly formed part of his inspiration for Naked Lunch, Burroughs also taught at universities and wrote books, but there the similarity ceases as Peter is neither a Heroin addict nor guilty of man slaughter).

I think Burroughs would have enjoyed the evening that Richard created – a smorgasbord of dance, poetry, film, music and even a reunion of the Doctors of Madness (who had not played together since 1976), they were joined by Def Leppard’s Joe Elliot to sing “Suicide City”. A delightful French lady travelled from Lyon with her daughter, specifically to see the band – despite not speaking any English; she had been a hard-core fan in the 1970’s and, on hearing of the planned reunion, she came to London, armed with an original poster for her heroes to sign. She wept tears of joy while I translated her comments to the band’s remarkable electric violinist, Urban Blitz, and kept murmuring: 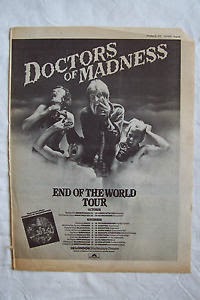 Death, madness, infatuation and a deliberate hunt for an alternative experience of existence were themes for the evening, an eloquent echo to Burroughs’ own life. Most of us seek escape occasionally – losing ourselves in a good book, drowning our sorrows, seeking refuge in the past (even to reliving the emotional infatuations or seeking the comfort of our youth). Burroughs’ obsession with hallucinogenic drugs epitomised his desire to encounter a different actuality. As an adult, he believed that his ability to write was grounded in the traumatic death of his common law wife, Joan.  He shot her when drunk at a party in Mexico. By reputation a fine marksman, he was aiming to shatter a glass balanced on top of her head, but proved to be no William Tell. 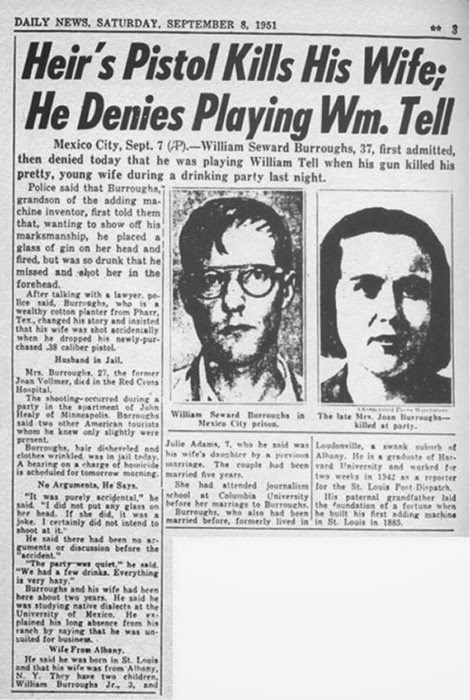 Most people only know of Burroughs through Naked Lunch and David Cronenberg’s film of the same name.  What many fail to appreciate is that Burroughs was a complex man, who viewed himself as an outsider and who felt things deeply. In his old age he lived alone with cats as companions. In his autobiographical novella, The Cat Inside, there is a paragraph that hints at the man concealed from the public gaze:

“I have said that cats serve as Familiars, psychic companions. “They certainly are company.” The Familiars of an old writer are his memories, scenes and characters from his past, real or imaginary. A psychoanalyst would say I am simply projecting these fantasies onto my cats. Yes, quite simply and quite literally cats serve as sensitive screens for quite precise attitudes when cast in appropriate roles. The roles can shift and one cat may take various parts: my mother; my wife Joan; Jane Bowles; my son, Billy; my father; Kiki and other amigos; Denton Welch, who has influenced me more than any other writer, though we never met. Cats may be my last living link to a dying species.”

You can deduce that William S. Burroughs understood whom the people were who had influenced and made him into the man he became. Each of us is shaped by the world around us. With hindsight I can understand why I have behaved as I have – for example, as a teenager I was insecure and desperate to feel loved. My parents had undergone an acrimonious divorce and, being a decade older than my siblings, and away at boarding school while they were growing up, I felt very exposed and alone. My now stepmother (with whom I have managed to establish a good relationship) banned me from living with her and her children and belittled me in front of her and my father’s friends. Her and my parents’ apparent disinterest hurt me deeply. Although I was precocious and superficially sophisticated I needed to feel cherished and cared for; after a few nights of sleeping in my car and using my gym for washing, I broke into my former family home, abandoned and derelict. I made myself a nest out of old curtains and towels and created for myself a strange place of refuge and comfort. It is partially in response to what happened to me and how it made me feel, that I now go out of my way to try and make life easier for others. I genuinely care, especially for those struggling with inner demons or individuals finding it hard to cope with change. It is not surprising that I was pleased to be one of the UK’s HR Directors supporting #HR4MH (HR for Mental Health) when the movement was founded on Twitter early in 2013. 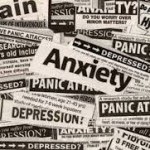 I started writing this post on World Mental Health Day (10th October 2014), when I had the memorable opportunity of visiting St Andrew’s Healthcare – one of the UK’s largest mental health charities. Headquartered at St Andrew’s Hospital in Northampton, the charity was founded by public funds and a significant donation from the Spencer family (of Lady Di fame). The Northampton hospital opened in 1838. Its walls have witnessed the gradual change towards mental health support in England over the past 175 years. I had the privilege of chatting to an inspirational group of staff and patients – they told me of amazing achievements - on both personal and societal levels – St Andrew’s is pioneering change in the way that offenders are treated with psychiatric support as an alternative to prison sentences and can already demonstrate impressive reductions in reoffending; one of the leading clinicians within women’s mental healthcare has been instrumental in changing the law on rape in England and Wales; and some of the people I spoke with had turned their lives around with support from the charity. I spent time with a horticulturist who really understood the value of working with plants and seeing growth and development (my mother use to teach pupils in a deaf and blind school how to recognise plants by smell and touch and at times I would accompany her) – the healing impact of nature on people should never be underestimated. 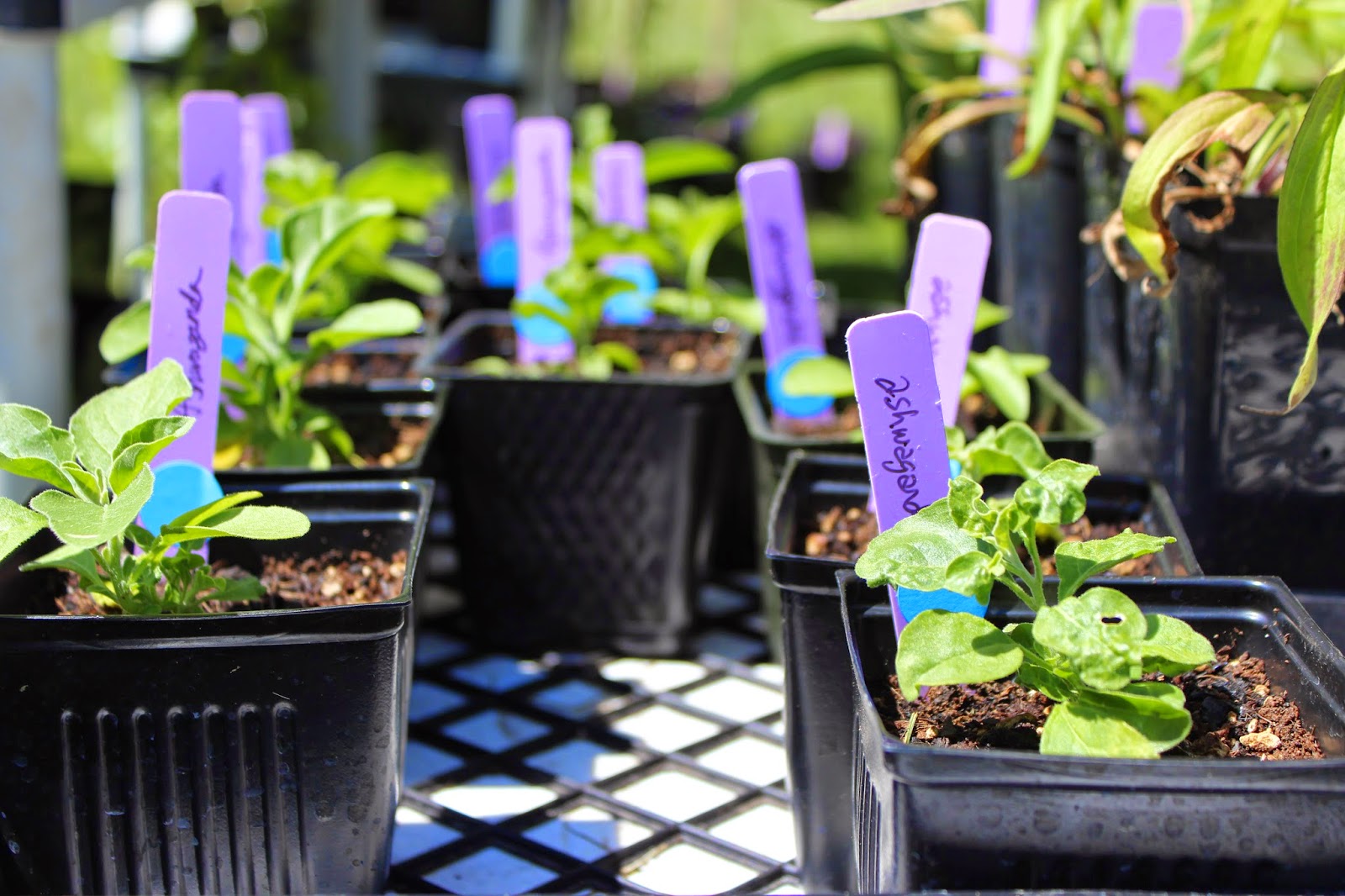 Many famous people have struggled with mental health, former champion boxer Frank Bruno has been sectioned at St Andrew’s on a number of occasions, other well-known people who have suffered include: Buzz Aldrin, the astronaut; the poet John Clare; the world-renown politician and statesman, Sir Winston Churchill (who referred to his recurrent depression as his “Black Dog” that followed him wherever he went); the composer Malcolm Arnold (another resident of St Andrew’s); Jim Carrey the actor; the writer Charles Dickens, who suffered from depression; American President Abraham Lincoln, who battled depression and suffered severe anxiety attacks; Star Wars actress Carrie Fisher has lived with Bipolar Disorder and severe depression for decades; Billy Joel, the singer, admitted himself to hospital for treatment after a suicide attempt; the comic genius Robin Williams who, regrettably, lost his battle earlier this year; and my favourite author Mervyn Peake who suffered from Parkinson’s as well as dementia, (his family established a prize in his memory, to celebrate the creativity of sufferers), Peake was given electroconvulsive therapy (ECT) in a bid to cure him. Ernest Hemingway, the American author, committed suicide shortly after ECT in 1961, expressing concerns to his biographer over the treatment’s impact on his ability to think and remember. 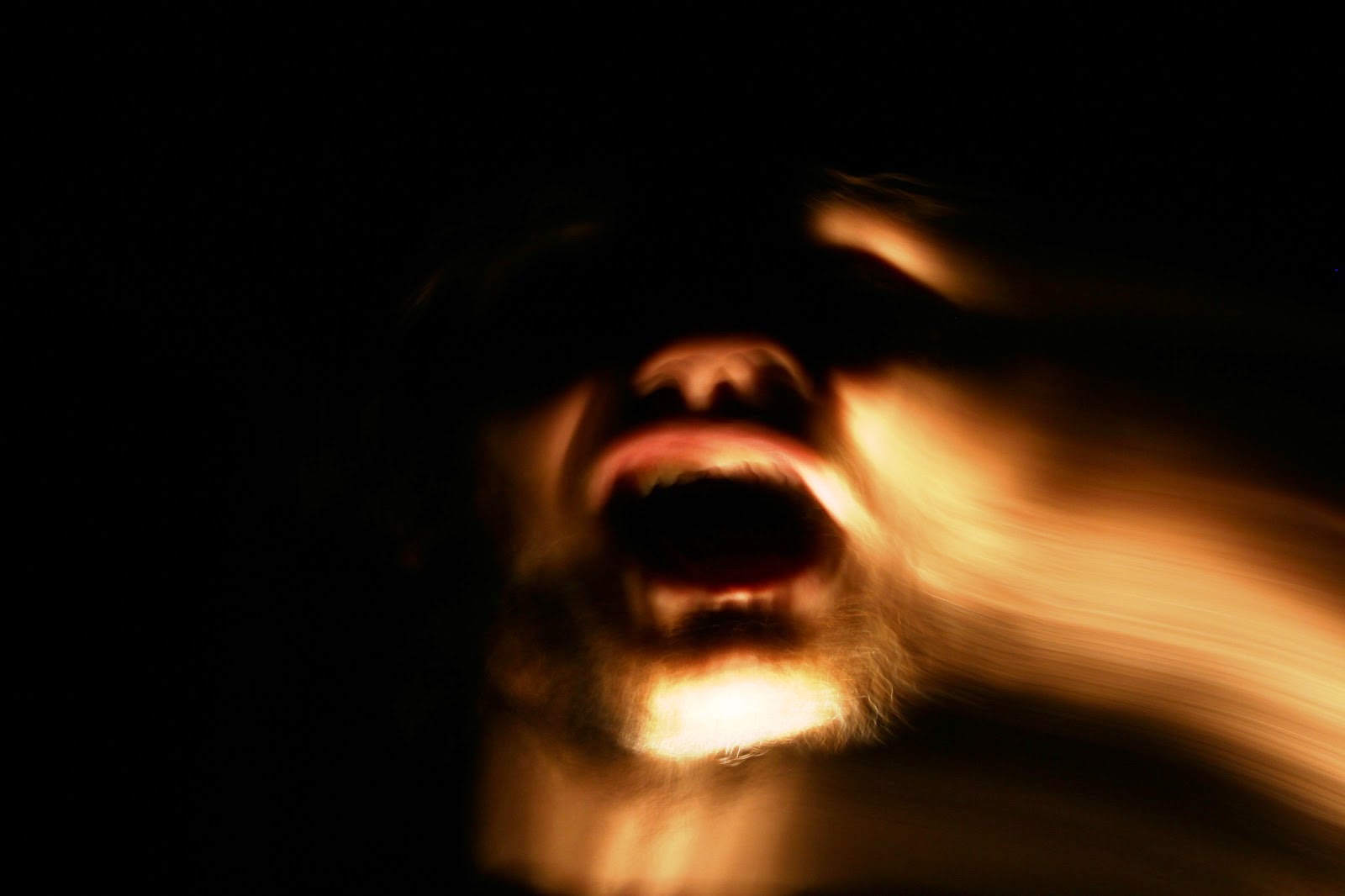 It is clear, just from the above list, that mental health can touch people in all walks of life and ages. Indeed at least a quarter of us will suffer at some stage. I have experienced depression, initially triggered by an adverse reaction to malaria tablets, and know what it is like to feel trapped deep in a well of despair, unable and unwilling to connect with others. The feeling is worse than the isolation and misery expressed in the Rolling Stones’ ballad, “As Tears Go By”, although, for me, the song evokes some of my emotions at the time.

When I worked in the Financial Markets I became friends with the amazing Canadian director of a leading global bank. He established the Swaps markets, now a major instrument in global economics, and was captivatingly eloquent as well as very bright. He confessed to me that he was bi-polar – at that time he feared to make it public knowledge, as he dreaded the stigma and probable discrimination. His honesty and insight had a profound effect on my thinking. This weekend I had a discussion with a lady who is battling mental health and fears that she is losing much that she values and has fought so hard to achieve. She was at a low ebb as she could see her career slipping away. People are usually frightened by those who are different from them. Often it is easier to ostracise and remove opportunities, rather than being supportive. By doing so we risk losing out on amazing skills and outlooks that could make all of our lives better. I am writing this post to encourage you to think before you judge. I urge you to look behind the eyes and try to understand and ease the suffering. 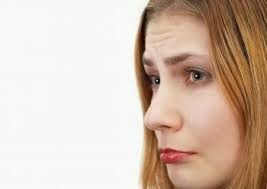