Some years ago my father was invited to attend the sixth Commonwealth Lawyers Association’s conference, in Nigeria. It was an eventful session, held in Lagos, and he and his fellow delegates experienced various adventures, including a late night knock on a hotel bedroom door – when opened, a handbag was flung over the sleepy occupant’s head into the room, the woman, who had rapped on the door and was standing in the corridor, commenced shrieking at full volume “He’s got my bag and he won’t pay me.”, implying that the poor lawyer had retained her for her charms, but then expelled her from the room without compensation. 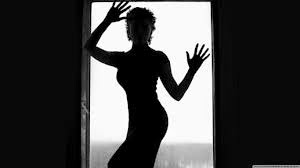 Another member of the party was arrested for taking a photograph of Taiwo Olowo’s Monument (an interesting cenotaph to a basket-weaver’s apprentice who rose to high political office and whose memorial is reputedly made from melted down pennies donated for the purpose). The Lawyer, whilst recording the sight, inadvertently also took a picture of a person who happened to be standing near the railings. This bystander vehemently insisted that, because his photograph had been taken, his image and hence his soul was now inside the camera and so the camera should belong to him. A policeman was summoned, who agreed with the stranger’s argument, and so the unfortunate lawyer, who refused to relinquish his camera, was incarcerated until his colleagues rescued him.
The group of lawyers seemed to be cursed with bad luck, an impression compounded when my father fell ill.

My father’s symptoms were odd, in addition to severe stomach pains, a high fever and facial swelling, blood seeped from his eyes, he found light uncomfortable and whenever a person reached a hand towards his head his hair stood on end. In concern his colleagues asked the hotel to source a doctor. A smartly dressed gentleman in a suit arrived carrying a traditional doctor’s bag. He took my father’s pulse and blood pressure, listened to his breathing with a stethoscope and then, with a degree of assurance, announced, in a thick accent:

“Sah, I know what’s wrong with yo’. Every night a juju demon comes to yo’ room, to grapple fo’ yo’ soul. He holds yo’ by yo’ hair, while trying to grab yo’ spirit, an, as he battles for control, he hurts yo', hence yo’ bleeding and bruising.”

Although this opinion provided an explanation for my father’s hair-raising symptoms, he was sceptical as to the accuracy of the diagnosis. However, feeling dreadfully ill, he was keen to recover and so asked the doctor what could be done.

“Well Sah, yo’ can trap it in a web of happy laughter, or, yo’ must leave and hope it’s a local juju that won’t come after yo’.”

Given the circumstances, happy laughter seemed highly unlikely, and so my father opted to leave. He boarded the next flight to London. On arrival in the UK he immediately took himself to the Hospital for Tropical Diseases in Central London, in the expectation that another doctor might propose some more comprehensive treatment.
He was swiftly diagnosed as having Lassa Fever. Like Ebola, Lassa Fever it is a viral hemorrhagic fever with vile symptoms and can become an epidemic (technically a situation where there is an attack rate of at least 15 cases per 100,000 people for two consecutive weeks). My father was placed in isolation within the hospital and responded well to treatment. Unlike Ebola, Lassa Fever can be transmitted through an airborne route, and not just via contact with human bodily fluids; with hindsight he probably risked infecting others by flying out of Nigeria, although if he had remained it is most likely that he would have died. There was no known epidemic and at the time he did not appreciate what was wrong with him.

His illness came to mind because of the huge media coverage of the current Ebola epidemic. According to a World Health Organisation statement made this past weekend, almost 5,000 people have died of Ebola and over 10,000 have been infected to date.  The recovery rate in West African hospitals is often as low as 7/10. Part of the issue is that there are few modern medical treatment centres and, despite the efforts of brave specialists, such as Médecins Sans Frontières(MSF), people have little more than a bucket, disinfectant and salted water to treat infected individuals and protect other members of the family. MSF are now trying to speed up the availability of a vaccine.
Like Europe in the Middle Ages, there is fear and shame within the communities where the virus is prevalent. If epidemics are not controlled their impact can be devastating - in England 1.5 million people died from the Black Death (Bubonic plague) between 1348 and 1350 (out of an estimated population of 4 million).
The Hospital for Tropical Diseases is unique in the NHS; it is the only hospital that is specialist in tropical and travel related illness. As an aside, the establishment of the Hospital for Tropical Diseases echoes some of the current approaches towards treating people tackling Ebola in Africa. In 1821, following a meeting in the “City of London Tavern”, it was agreed that (with support from public funding and patronage of King George IV) a floating hospital, for the relief of the sick, would be established to treat people infected with tropical diseases. Initially the hospital was set up on a series of former naval ships, the first of which was HMS Grampus.  Just last week it was decided to send a hospital ship to assist people assisting with the Ebola virus. RFA Argus, a ship with a 100 bed medical complex, as well equipped as most NHS hospitals, set sail to Sierra Leone on Friday, loaded with supplies, equipment and personnel to provide support to members of the Armed Forces, specialists and aid workers who are building medical centres in West Africa and training local doctors and staff how best to treat the virus.

As time progressed, the Hospital for Tropical Diseases decided that it needed a more permanent base and hence moved to dry land. We can all learn from the medical specialists’ foresight. It is important for people as well as organisations to move with the times.

For an intelligent species, humans are surprisingly poor at change. This is, in my opinion, particularly the case within the workplace. The Chartered institute of Personnel and Development (CIPD) and the British Institute of Facilities Management (BIFM) are currently working together to determine what the most effective workplaces could be like in the future. The majority of organisations still rely on command and control management styles and open plan office spaces with individual offices for managers and leaders, thereby reinforcing the hierarchy. However, in our rapidly varying environments, where:

old-style management is, at the least, disadvantageous and can be detrimental to a company’s and its people’s ability to achieve objectives. The reasons for the problem are not surprising – most people in authority have learned their managerial skills within a traditional environment, so many managers still believe that the only ways of getting results are through authoritarian practices and management by attendance – emphasising obedience and physical presence over performance and outcomes. This problem can be exacerbated by the fact that narcissistic managers are frequently promoted into leadership roles, according to research from BI, the Norwegian Business School. In essence, bad bosses are more likely to land the top jobs, because they are the ones who possess the traits most likely to ensure that they are considered for promotion or selection – self-driven, vain, selfish, task-focused, but usually lacking vision and empathy. Most of us, at some time, have worked for someone we felt was a bad boss. Maybe they took credit for your work, criticised or continuously amended your contribution or simply rarely spoke to or included you. 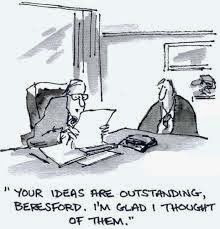 Bad behaviour from the top filters down through an organisation. Poor leaders, especially self-serving ones, are disinterested or oblivious to the impact their behaviour has on others. Their eyes are fixed on their personal objectives, but they seldom take time to build rapport, trust and understanding with their team. Good managers appreciate that their actions will influence team motivation and hence performance. Research undertaken by the Hay Group shows a 30% differential in team performance that can be attributed to the culture within a workplace and that 70% of team culture is influenced by a manager’s interaction with their team. 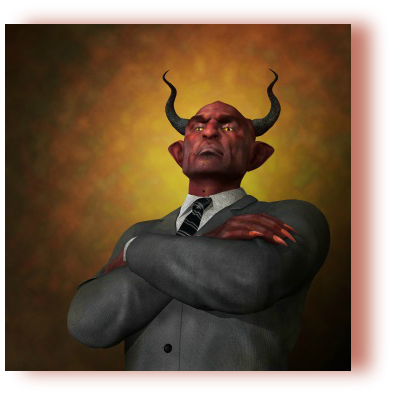 According to a survey undertaken last year by the Forum, 91% of employees feel that trust is crucial in their relationship with their manager, whereas only 48% of managers saw the value of a trusting relationship for both performance and retention. Perhaps opinions will turn – a US supermarket learning the hard way this summer – family owned Market Basket was reduced to chaos when 25,000 workers walked out, after they felt that senior management had betrayed colleagues and the former CEO (who was ousted in a coup by his cousins). Workers believed that Arthur T.(the popular CEO) was supportive and cared about the workforce, whereas his cousins, lead by Arthur S., were driven solely by greed and shareholder returns). Customers refused to cross the picket lines and suppliers rescinded contracts – at the height of the dispute it was costing the business $8.5 million per day. The cousins were forced to back down and the former CEO has been reinstated and acquired majority shareholding with external backing.
Rather than learning the hard way and having hair-raising, loss-making experiences in business, we need to reconsider the environment and manner in which we expect people to work. People are sentient beings and it is individuals, not the workplace itself, that cause problems. We have the capability within us to learn from past mistakes, cease clinging to old practices and attitudes and face the future with collaborative optimism and honesty. 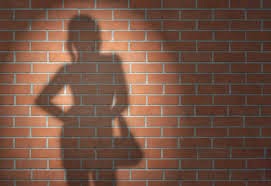