“The Japanese have the same word for crisis as they do opportunity.”

Often there are two opposing sides in a given situation. The candidate who is successful at a job interview will result in the other potential hires not being appointed – those individuals will see that experience in a very different light (no matter how professional the interview process and gracious the rejection).  One person’s gain is another’s loss. 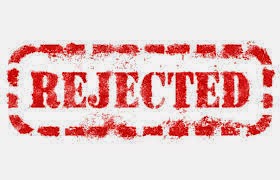 Today is a day of potential crisis or opportunity for two rowing crews.  It is the Boat Race (an annual event in which the Oxford and Cambridge Universities’ top rowers compete along a just over 4 mile length of the river Thames in London). As sporting events go it is unusual, in that it is a standalone annual occurrence, not part of a league or knockout competition, and as a consequence neither crew have deep knowledge of the skills and style of their competition. In the history of the race there has only ever been one draw and this was due the umpire, “Honest John Phelps”, being unable to see the finish in 1877. His boat drifted on the tide and ended up behind other vessels laden with spectators, which obscured his view, and hence forced him to declare a draw. Not an occurrence likely ever to be repeated now that we have cameras that record each millisecond and sinew strain. For the past year the two crews, with their coaches and support, have been focused on one thing – the outcome of today’s race.

Having worked with the Judge Business School in Cambridge for a few years, I use an example from Boat Race history in Leadership and Team Development. Inspirational academic Mark De Rond writes about it in his book, “There is an I in Team” – the Cambridge Rowing Club Manager, Roger Stephens, used a simple phrase to determine the importance of taking any course of action – when needing to make a decision he would ask “Will this make the boat go faster?” This question and the outcomes resulting from it are credited with playing a significant part in producing the Cambridge Boat Race win of 2007 (Cambridge’s success was achieved after repeated losses since 2004).  Admittedly, other decisions, such as a significant change in the crew – substituting Rebecca Dowbiggin as cox, very close to the actual race, played their part.

https://www.youtube.com/watch?v=GFwUZvpYOMg
This is a long video but good if you are interested
in knowing more about the 2007 Boat Race

The approach of having a commonly held key question (known as a “Stephen’s Question”) that is fundamental to any decision that a business has to make, is very valuable as it ensures that focus is retained, as well as that everyone in an organisation knows the main driving principle for success.

Yesterday evening I went to the Barbican to see the English National Ballet’s programme of new works, “Lest We Forget” – a quadruple bill inspired by World War 1, with a brief musical interlude by Cecil Coles, a composer who was killed by sniper fire in 1918.  Two of the pieces were profoundly influenced by the impact that the Great War had on women.  Although the death, sorrow and destruction resulting from war cannot be viewed as a success, the change of women’s role in society and the increased appreciation of what women have to offer laid the foundations for the modern workplace of today. Liam Scarlett’s opening “No Man’s Land” is a case in point it was inspired by “the Canaries” – female munitions manufacturers, so called because the sulphuric acid  (as well as slowly poisoning them).  In last night’s performance the dancers’ hand were yellow and the unison of movement and light was both captivating and thought provoking – with a moving interaction of couples (men off to the front and the women remaining behind to make weapons that would kills others’ sons, husbands and fathers).
Like a top rowing crew a leading ballet corps needs to work as a harmonious team, with each individual’s effort contributing to the overall success.  The final piece of last night’s performance, “Dust” by Akram Khan (famous for creating part of the 2012 Olympics Opening Ceremony), was at times mesmerising.  I urge you, even if not a ballet or modern dance fan, to look at the below video, a taster of all the pieces. The use of interlinked arms in Khan’s piece (at the very end of the clip at 1.25) was extraordinary – creating at times the impression of being in a deep trench, as well as emulating the twisting torture of warfare and the changing dynamics of society.

The crisis of World War One also created opportunities – not just by granting women greater recognition and roles in society, or for the soldiers and others from a multitude of backgrounds who became recognised as heroes, or even the nations that ultimately prevailed, but for the people who spotted opportunities in such dark times.  It resulted in the creation of Air Traffic Control and (recent Malaysian aircraft mysteries aside) a safer environment that has enabled globalisation as well as increased local and cultural awareness.  The Great War had a direct impact on medicine with the routine use of blood transfusions and the stockpiling of blood, to ensure swift treatment once required. As well as the introduction of life-saving methods of treating fractures and enhanced awareness of post-traumatic stress and the need for mental health care.  The aftermath of WW1 was a change in the world - an election in America brought in Republican Warren Harding, who wanted the USA to take a less active role in international affairs.  America started focusing on its own skills and capabilities, resulting in it becoming the self-minded, dominant global superpower it has become.  Henry Ford brought cars to the masses – leading to the start of better connectivity and easier living.  Radio commenced globally (following Marconi’s initial creation of a commercial wireless system in 1895 and subsequent British and patent in 1896, only a few used wirelesses for transmitting messages.  However, the value of radio became apparent during WW1 and the first American radio station was opened in Pennsylvania in 1920 with hundreds soon to follow – the BBC was formed in 1922 with first public broadcasts a month later).

There is some interesting research undertaken into the list of the 75 wealthiest people in history by Malcolm Gladwell in chapter two of his book “Outliers” (many thanks to David D’Souza for alerting me) it shows that 14 of the 75 were Americans and that 9 of them were born within a nine year span from 1831 to 1840 – hence they were the ideal age to take advantage of a period of significant transformation due to the advent of the railways, industrialisation and the emergence of Wall Street.  Humans have survived and some have grown powerful by taking advantage of opportunities.  One of last night’s dances was a twist on this – a reworking of “The Firebird” – turning it into a modern day allegory of exploitation and greed, which almost results in failure, through the destruction of the very thing that can provide value.

Failure is an important part of learning – without making mistakes and developing a better solution it is impossible to develop and grow.  In the competitive and challenging world in which we live, none of us will always get what we want and hence we need to be prepared for (and also to equip others to be able to cope with) “failure”.  I must confess that I don’t often use the word, as a setback often results in a better eventual outcome.  However, with the pace of technology and the changes in the environment in which we live and work, increasingly we need to be willing to take risks.  It’s no wonder that so many organisations see resilience is a key success factor for their star performers and leaders.  We need to be good at bouncing back (like the 2007 Cambridge crew) so that we can win another day.

Addendum: Given today’s post has such a strong linkage to both the Boat Race and World War One; I would like to pay a small tribute to the Oxbridge crews who rowed in 1914 – a century ago.  Four of the victorious Cambridge crew and one from the Oxford boat were killed during the First World War.  All but one of the 18 men headed off to war (the one who did not, Sidney Ernest Swann, became a chaplain to the army.) I pray today for peace in all places where there is conflict. 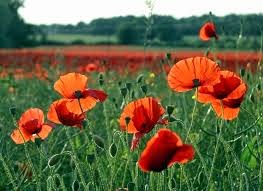