This afternoon I decided to upgrade my phone (I was due an upgrade in August 2012, so, clearly, I have been contemplating this for a while).  Gosh there are a lot of factors that need to be taken into consideration, comparison websites to read, friends to ask, pitfalls to be avoided, deals to be done, Apps to ponder, etc…  I felt  much like AA Milne’s much loved character, Winnie the Pooh, when I was bombarded with complicated terms and jargon:

“I am a Bear of Very Little Brain, and long words Bother Me”

And I knew it wasn’t going to be easy.

The complexity of the experience (both for me and then for the on-line-chat representative of my current mobile provider, who both had to answer my myriad of questions and argue to retain my custom) got me thinking about how difficult we make things for people at work.   Rules and regulations are multiplying and the options available to employers and employees are increasing - flexible working, variations to contractual terms, tech specs, multi-cultural teams, non-standard locations, differing work environments, new legislation, fracturing team structures, cross-company and external  collaboration (even with competitors), the impact of social media, multi-generational workforces - all make our lives more complex. 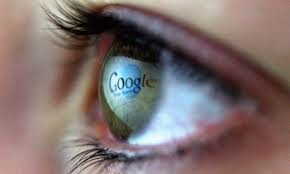 In theory technology should help make it easier for organisations to enable it to feel personal for their employees and for them to offer flexibility that suits singular needs, but just by doing so we add to the complexity for the business and/or departments that have to track such things.  HR is one that has to constantly cope with the changing world and often seems to do so by becoming controlling and crafting restrictive policies and procedures.  (I was asked to create a global policy for e-cigarette usage earlier this month.)  I am not keen on tight prescriptions as to how people should behave (if you employ adults, whom you trust to do a good job, then, in most instances, they should be capable of knowing what is and what is not appropriate conduct).   I am in favour of treating people as individuals - each of us is unique and if an employer can let its people be the best of themselves, at all times, then that business should get the best outcomes from its employees. 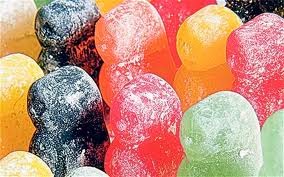 I am concerned that, in order to try to cover all the bases, HR is often guilty of creating procedures and/or writing policies that are hard for employees to follow (or which are long and cumbersome, and hence discourage others from reading or wishing to apply any proposed new approach). We write things that often feel as if they will demand significant effort, even just to achieve initial comprehension.  The same often occurs in sales, when, eager to make as many positive points as possible, the salesman ends up confusing his potential customer and hence no purchase is made. This can apply both to the quantity of information provided or simply to an excess of choice.  In an interesting experiment in America, Sheena Iyengar, a professor at Columbia University, set up a free tasting booth for jams at a local supermarket known for extensive product ranges.  The test was conducted over two consecutive Saturdays.  On the first day 24 types of jam were made available, whereas the following Saturday only 6 were offered for tasting.  When 24 jams were on display, 60% of customers stopped for a taste and 3% bought some.  However, when only 6 were available, although only 40% of customers stopped to sample, 30% bought some. A 600% increase in sales.  This experiment has been repeated on numerous occasions and the outcome is consistent.  Absorbing information and making decisions is mentally taxing and results in what social psychologists refer to as “choice overload”.  HR, when drafting complicated policies and procedures risks giving people “information overload” with the same outcome: people switch off.

We often make things more complicated than they need to be.  A simple idea is often the best.  This week I was very struck both by the simplicity and efficacy of a concept by designer Arturo Vittori to solve the Ethiopian water shortage.  He has created 30 feet tall water towers (called Warkawater towers); they look like giant vases and can collect over 25 gallons of water per day, by harvesting water vapour from the atmosphere.  They can easily be made using locally available materials and the concept is based on simple physics that can be seen in action in nature. 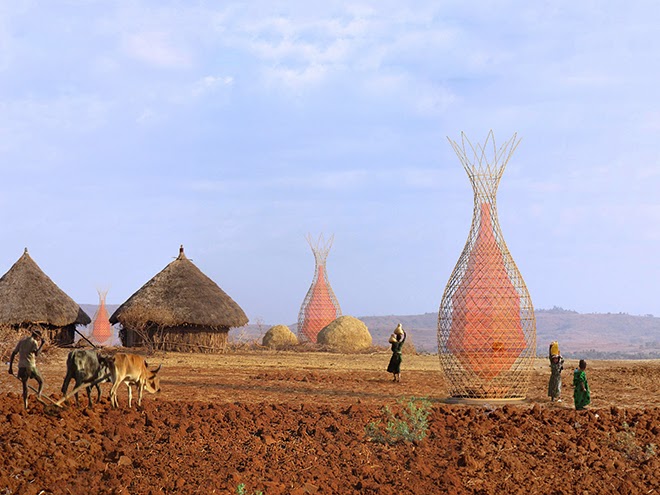 I am convinced that one of the reasons why desired change often does not occur is because the people trying to make it happen look for sophisticated solutions and/or make matters too complicated for the those involved, and thereby lose the goodwill of the individuals whom they wish to inspire and carry with them.  There is much sense in Steve Job’s comment:

“That's been one of my mantras - focus and simplicity. Simple can be harder than complex: You have to work hard to get your thinking clean to make it simple. But it's worth it in the end because once you get there, you can move mountains.”

We have recently acquired a new HR Information System and have been creating bespoke approaches for performance management and reviews.  It is tempting to try and produce something that will work in every envisaged scenario, but the more information and guidance notes you add, the more cumbersome a process can feel and the less likely employees are to be excited by the change and a new way forward.  It is crucial to make things easy. As Einstein famously said

“If you can’t explain it to a six year old, you don’t understand it yourself.”

An excellent (and humorous) example of the importance of making it simple is John Cleese’s sketch explaining the Offside Rule in football:

Why do we make things complex and resort to jargon and involution?  It is possible that people do so to protect their position and/or to make themselves seem important or knowledgeable. Insecurity can make people behave in strange ways. However, truly intelligent people are not hesitant in communicating their knowledge - indeed they relish sharing and educating others; they know that they seldom have all the answers and hence collaboration and contributions from others could further enhance their original ideas.  Like creating a fine cameo, there is much to be said for paring away unnecessary layers to expose something of beauty.

The Portland Vase, often cited as the finest example of cameo artistry, is an excellent case in point.  The Romans viewed cameos as the most refined and revered of artistic techniques. A cameo is produced by creating an object out of two layers of stone or glass (usually dark blue and white glass melded together).  The cameo is produced by cutting through the top layer to provide an image in relief against the contrasting ground beneath. The stunning Portland Vase was made in Alexandria between AD 1 and AD 25 and can now be viewed in the British Museum.  What many people do not know is that in was shattered in 1845 by a certain William Lloyd who, having been drinking for over a week, threw a sculpture onto the Portland Vase’s display case, smashing the vase into over 150 pieces.  It was painstakingly repaired and has since been restored on several occasions, most recently in 1989, when each minute fragment was scanned by a computer and scientific analysis used to ensure an optimum reassembly - a great example of the value of Technology to the Arts.
Technology has its uses and the speed with which it is developing is awe inspiring - its hard to believe that the iPad is less than four years old, especially given the impact that it already has had on global business.  So I urge people in HR not to try to be too prescriptive or to insist on attempting to define exactly how things are and should be - the world is changing too fast for that.  Far better to make things easy and to teach employees how to be responsible and to use their minds.  For the sake of me, and fellow Pooh Bears with little brains, please keep it simple.