What joyous golden days - not just for the British competitors at the Olympics (although, as a Londoner who took her sons to the Olympic Park on Saturday, watched Murray beat Federer at Wimbledon on Sunday and was a rower in my youth, it has been impossible not to cheer them on as they have added to their ever increasing hoard) but also what a great week at NASA – the photos of the surface of Mars are amazing – a tribute to many years’ hard work.  It is awe-inspiring that we are able to gaze at the surface of another planet. 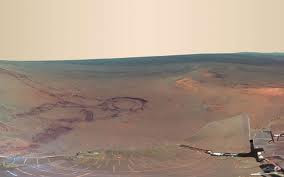 Sunrise on Mars is pretty special too: 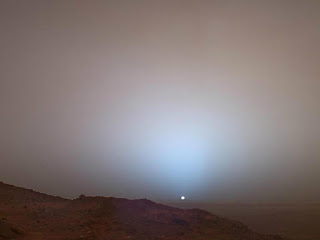 http://www.nasa.gov/home/index.html .  When the pioneering astronomer and physicist, Sir Bernard Lovell (who died today), conceived and established the Jodrell Bank Observatory back in the 1957 space travel was little more than a tale in Science Fiction comics.  More than fifty years later, his giant radio telescope is still being used for frontier science.  Many have built upon his knowledge and legacy.  If anything the clever people at NASA deserve a gold medal for what they have achieved, so below is a picture of Mars taken earlier this year using the telescope at Jodrell Bank. 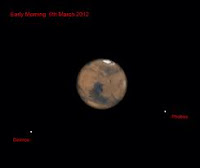 What is it about gold that fascinates and inspires us?  Pre-school children are encouraged to earn “gold stars” for good behaviour and/or notable effort; men have perished seeking the precious metal in remote locations around the world (I was very moved by the plight of the Chinese migrants toiling and living in appalling conditions in Arrowtown during the New Zealand gold rush of the 1860s, when I visited the town a few years ago); European exploration of the Americas was inspired in part by hopes of finding gold – Aztecs viewed gold as the product of the gods (a literal translation of the Aztec word for gold is “god excrement” - sheds El Dorado, which translates as :the gilded one", in a whole new light); and, long before recorded history, men have used gold to celebrate, honour and worship deities and adorn the most meaningful beings in their society.  Who has not heard of Midas, or the The Golden Calf in Exodus, or the gift of gold given to Christ by the Magi, or the yet-to-become-Lord-Mayor, Dick Whittington, heading to London where the streets were supposedly paved with gold, or indeed the classic Greek and Roman tales such as the legend of Zeus visiting Danae as a shower of gold – resulting in her giving birth to Perseus – and the legend of The Golden Fleece (which may refer to the use of sheep skins to trap gold dust in the swiftly flowing streams feeding into the Black Sea - Jason and his Argonauts were probably treasure seekers)? 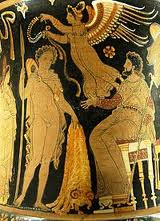 Gold is often believed to possess magical properties (hardly surprising given its sun-like lustre).  Alchemists have been imprisoned and died whilst endeavouring to transform base metal into gold.  Ghana celebrated the Golden Stool of the Asahti.  This stool is the symbol of the collective soul of the Ashanti tribe, one of the major tribes of Ghana.  The stool is believed to have descended from the heavens in about 1700 AD and is a symbol of “political, religious and cultural authority and unity” . Ashanti kings are referred to as 'occupying the Golden Stool', even though the Stool has never been sat upon. It is never permitted to touch the ground and always rests on its side.  Many of us have looked in wonder at the extraordinary gold sarcophagus used for the burial of the boy king, Tutankhamen, in Egypt.  Christiane Desroches-Noblecourt, the French archaeologist, remarked on seeing the golden death-mask
“under this golden edifice the sovereign was granted a new lease of life: Tutankhamen was promised immortality by his father Ra, the sun god” 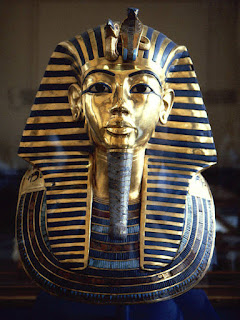 The Gold Standard – the most common basis for monetary policy, that was in use for centuries, only ceased in Europe on the outbreak of World War I (with America following suite in 1932).  Even today gold plays a vital role in our society: it is a common feature in marriages around the globe (from the giving of simple gold bands symbolising an eternal bond, the use of golden crowns for bride and groom in Orthodox weddings in countries such Romania, Greece and Jordan, to the traditional Indian dowry which, in extremis, provides for a daughter after the wedding – it is interesting to note that, as countries such as India and China have developed, their consumption of gold has increased - in stark contrast to the decline in consumption in so-called developed nations over the same period.  India has the greatest gold jewellery consumption of any nation (a nearly 70% increase from 2009 to 2010 from 442.37 to 745.7 tonnes – almost twice that of China (increasing from 376.96 to 428) whereas consumption in the USA has declined from 150.28 to 128.61 in same period and in the UK from 31.75 to 27.35 – perhaps an interesting reflection of the current gobal economic climate and how different countries are faring).  Gold has often had an impact on a county’s economy - Mansa Musa, ruler of the Mali Empire in Africa in the early fourteenth century was famous for his hajj to Mecca in 1324 – reportedly he had so much bullion, which he distributed to people in Cairo whilst on his pilgrimage, that singlehandedly he depressed the price of gold in Egypt for over a decade.  Today, gold remains a valued commodity – more for its uses than as coinage.  We rely on gold to mend our teeth, it plays a vital part in electronics and has helped us explore beyond the earth - semi transparent sheets of finely beaten gold are excellent at reflecting infrared light – hence it is used for shields in visors, heat-resistant suits and spacesuit helmets.

In addition to Irish tales of Leprechaun’s burying pots of Viking gold at the end of the rainbow, there are some delightful fairy tales based on the power of gold. A Hungarian fairy tale relates how a little king and his younger brother retrieve the sun, moon and stars after an age of darkness; the king fights for the moon with a dragon in a golden wood near a golden bridge. A Bulgarian story tells of a shepherd saving the sun from a threatening monster and then calling on the sun's father for a reward. The father's palace was made entirely of gold and the sun's father offered him as much as he could carry. The shepherd, however, preferred a magic horse and rode off to marry the Sea Queen. And in the delightful Romanian fairy tale of Tarandafiru, a princess seeks her long-lost husband with the help of personified days of the week. Mother Wednesday gives her a distaff with which she can spin pure gold, Mother Friday offers a golden bobbin which winds gold thread and Mother Sunday presents her with a golden hen and five chicks which lay six golden eggs. Finally, the princess finds her husband and bears him two golden children. 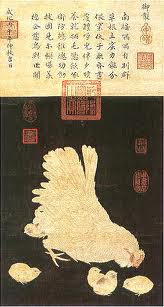 It is hard not to be touched by the power of gold.  Its effect has been noticeable in London over the past ten days, not just in the whooping enthusiasm of numerous nations as their champions demonstrate their prowess to win gold medals, but also in the unanticipated golden smiles of the host country’s citizens.  People seem unusually friendly and helpful – even the drivers on the Tube make upbeat announcements as they arrive at each station.  Despite dire warnings that the City’s transport systems would be unable to cope, I have enjoyed the easiest and least crowded journeys to and from work that I have experienced for years.  Fellow passengers make spontaneous and friendly conversation with strangers.  In the past gold was often considered a treasure that could provide a legacy for generations to come.  I hope that we build on this current golden moment, keep our gleaming smiles and hearts of gold and live up to the motto of this year’s Olympics, by inspiring the next generation to go on and achieve great things... a true golden future. 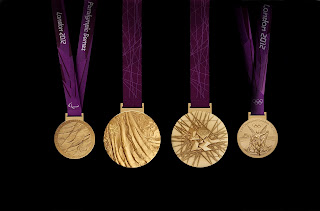 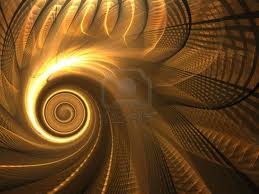