Voices in my head

It's a whole week since those New Year's celebrations - how are your resolutions holding?

Today's post comes to us from Switzerland. It is written by the lovely Sara Wyke who lives in Geneva with her family and is able to take a boat to work across the lake to Lausanne every day (I am very jealous). She is a Learning and Development specialist for Frontiers, the open-access academic publisher specialising in scientific peer and post publication reviews, established by scientists, in 2007, as a spin-off from the École Polytechnique Fédérale de Lausanne.

Sara, who is British, is married to a wonderful Belgian fellow and they have two daughters, whom she refers to as Tiny and Bean. Sara studied Environmental Studies and Psychology at university in the UK. She remains interested in others and the world. She is active on social media and can be found on Twitter under a simple "Sara", her handle is @TeenyTinyBean.

I have added a couple of illustrations, but all of the photographs have been supplied by Sara.


Voices in my head

I like a challenge. It really helps me focus, and I love the feeling of achievement when I accomplish something.

This year, I was looking for a challenge, something to take my focus off a job that had become more draining than enjoyable. Over the last few years I have taken to cycling around the lake as my yearly challenge with my friend Andrew. It's a big stretch for me to cycle 170km in a single day, especially considering that I don't do that much training to be in peak shape. This year I wanted something different, I wanted some space for myself. I don't like to think of myself as selfish, but this year I really wanted to focus on me. 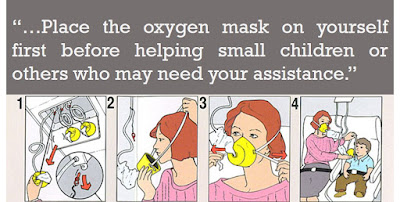 I had loved reading and watching Wild byCheryl Strayed, and played by Reese Witherspoon. Like many people who enjoyed the story, I pictured myself doing a similar  adventure, but could not imagine being away from my family for so long, let alone the financial cost, since I am the main breadwinner. So I turned to more books for inspiration, next came the Hairy Hikers trek from the Atlanticto the Mediterranean along the Pyrenees. I thoroughly enjoyed David Le Vay's easy prose, and klutzy travel story. I noted with joy, that he had done a second book and quickly bought and devoured that story. 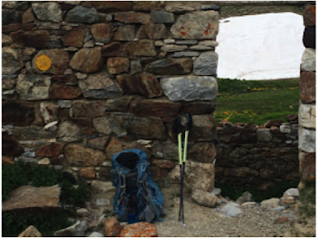 This was my challenge, I had found it, the Tour du Mont Blanc hiking around Mont Blanc.

It was a big enough challenge, hell it was a huge challenge for me. I dabbled in some hiking, having been dragged along with my parents through my teenage years. But this was for me, all of this was for me. I was going to hike alone, and the wrong way round just to ensure that I was alone rather than falling into step with other hikers. 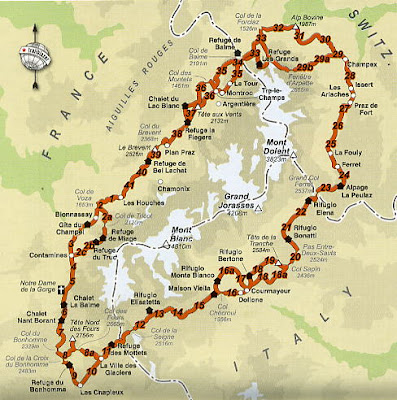 Why the huge desire to go it alone? well I think I have always been a people pleaser, and it is exhausting. At work I rarely said no, I don't think I knew what limits were. I never understood people who said something was out of their scope... I get it now. So at work I was exhausted from always being switched "on", constantly trying to put my best face on, even in tough times. Then at home with Tiny & Bean I would always try to keep them happy, doing whatever I thought was the "right" thing. You see, the thing is, I've had some tough times in the last 2 years. Now I don't want this to be a sob story, but to be frank I had a burn out in the summer of 2015, and 2016 was looking like it could head the same way if I didn't do something about it.

So the hike was my time to be alone, focus on me, and not have to please anyone else. 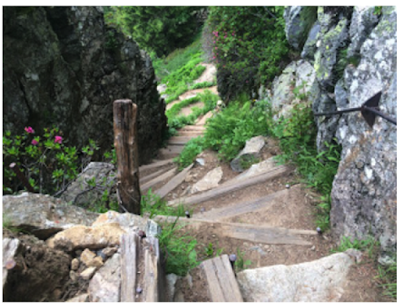 I loved the planning stage of this challenge, I think I listened to the hairy hikers about 15 times in a few months, David Le Vay's soothing voice filling my ears as I drove to work. Sometimes It was the only thing I looked forward to about going to work, and, looking back, that should have been a huge warning. I started telling people about my idea in May, but it wasn't until June that I really started to believe this would happen. I booked the time off work, and gosh was that needed. My Fab hubby would take Tiny & Bean up to Belgium for the week I was away, but asked "could you be back on Monday?". This didn't seem to faze me, perhaps it should have done since it meant me doing the hike in 9 days instead of the usual 12 recommended in the guide books.

I booked my accommodation each night, I planned my route in detail, gathered my equipment and looked forward with a fluttering tummy. I decided to raise money for Mind with the hike, but I honestly didn’t put much effort into fundraising (We are Mind). When the day arrived, I sat in the car at the starting point about 2 hours' drive from home and asked myself if I was really going to do this? "Hell yes!" came back the answer loud and clear so out I got, loaded up my rucksack, and hit the trail. 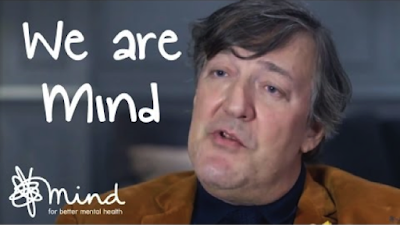 I walked. In low cloud on the first day, then in shining sun and blistering wind. I crossed streams, rock fields and snow (once on hands and knees, but that's a whole other story!). I did meet people, lovely people, either crossing paths or at the refuges in the evening. I was slow, often being the last person to arrive at the shelter at night. I injured my knee early on and this made the walking both slow and painful, especially downhill, but it didn't stop me.  One particular night I arrived where I had planned to sleep, only to be told the hostel had closed down and the next place was another hour away. It was already nearly 9pm and dusk was falling. I cried, the only tears of the trip. But then I asked myself "What are you going to do? Sleep in the open?" and again the answer was loud and clear "Get Walking now!"; I hiked as fast as I could that evening. Arriving at the refuge in Bionnassay at 9.15pm and laughed with pure relief. The beer that night was the best. 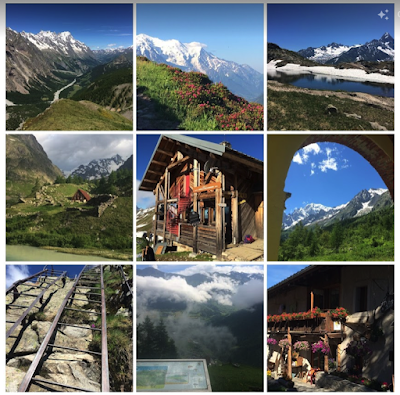 The last day was the longest day ever. It was the world cup final and I wanted to arrive in time to watch and relax. I hadn't counted on the double mountain pass, as well as the injured knee, slowing me down. I hiked. I hiked. I hiked. Evening was closing in, I was back in Switzerland now, and the final stretch. Except the snow had been late this year, and so, even though it was July, the snow melt was swelling all the streams that cascade down the mountains. My path was covered in streams that should have been dry by now. Instead they were torrents that I needed to cover, hopping from rock to rock. The sunlight fading, my knee in agony, fatigue filling my body. There were no villages that I could stop in and add an extra night. A dreaded the thought of me slipping in one of these streams, gashing my leg, breaking a bone or 2. What would happen to me then? All alone? My voice came back louder this time, "KEEP GOING, You can do this". So I kept going, it was long, it felt like the longest day of my life. 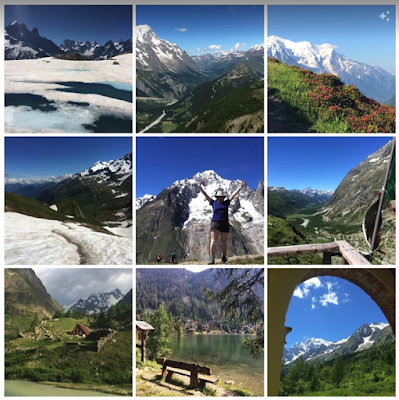 I arrived back at the start point at 10.30pm and slept in my car that night, after watching the second half of the football. It was the most comfortable bed of the adventure.

It is now December, and I have a new challenge ahead, an exciting new job building the L&D and HR function in a fast growing start-up, ready for the next stage of growth. Looking back I realise that during my long hike, for all my efforts to be alone, I was not. I had a strong, determined, resourceful woman with me the whole way, all I had to do was listen to my own voice. 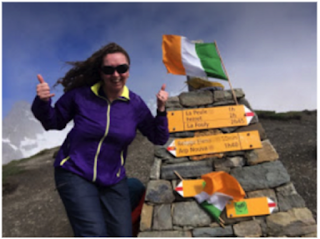 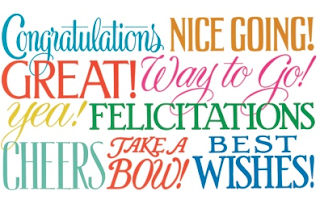