“Instead of this absurd division into sexes they ought to class people as static and dynamic.” Evelyn Waugh, Decline and Fall (1928)

Although written for comic effect, there is more than a grain of truth in Evelyn Waugh’s proposed classification of the sexes. 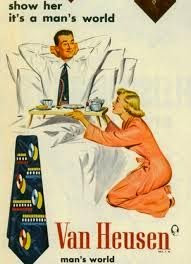 A study, triggered by the UK’s financial services industry’s regulatory body’s requirement to assess risk tolerance in investors, has demonstrated that there is a profound difference in male and female approaches and attitudes to risk. Geoff Trickey and So Yi Yeung, of the Psychological Consultancy Limited, published the research in 2012. They had assessed a group of 2,000 men and women in 20 different fields of work worldwide and found that the gap between men and women when it comes to taking risks, was “unexpected in its magnitude’. They concluded that this difference is genetic in origin and would have been a crucial contributor to the success and survival of our species. Women were found to be more than twice as likely to be cautious and prudent, whilst men are prone to being adventurous and carefree.

I was discussing this very factor with three members of my team earlier this week and both Pav and Alice told me I should blog about it. We were considering the annual performance appraisal process and looking at the variations in ratings. Throughout my career, I have often found that women tend to rate themselves lower than men in their self-appraisals. I admit that this is a sweeping generalisation, but it has seemed to be a common occurrence wherever I have been employed - and I have been a senior HR leader, with access to the data, in Financial Services, Professional Services and Technology organisations. I commented to my colleagues that I suspected this difference comes down to genetics and is deep rooted in hindbrain responses. The hindbrain or rhombencephalon evolved more than 500 million years ago. It resembles the brain of a modern reptile and is responsible for many of our automatic reflexes such as the control of breathing, heart rate, digestion, movement and sense perception. In prehistoric times women were most probably responsible for looking after the children and were based in land close to the home-base, perhaps tending crops and preparing food and necessities for the tribe’s survival – they would have spent much of their time on the look out for danger (“watching for eagles”).

In contrast, men in early times were responsible for hunting and feeding the tribe – we know this from numerous cave illustrations from around the world. By necessity men needed a greater appetite for risk and adventure than the women, to help them cope with the dangers and stress of hunting wild animals armed with only sticks and stones. If you are off to get a mammoth or rhino for supper you need a degree of chutzpah.

Women remain more cautious than men, or so it appears from a study undertaken by the Pew Research Centre in 2012 that found that, when using social media, women are careful about setting privacy settings (restricting access to their profiles to close circles and deleting people from their networks) whereas over ¼ of the men in the study chose the most public settings for their profiles and also expressed a higher rate of regrets for posts they had made or shared. Similar findings have also been espoused in relation to job applications – most notably the Hewlett Packard report that appeared to indicate that men apply for a job when they meet 60% of the required qualifications and criteria, but women apply only if they meet 100% (as quoted in Lean In, The Confidence Code). Subsequent research has shown that these statistics are misleading, as they are not based on women’s lack of confidence but rather on a desire not to waste anyone’s time and hence perhaps a misconception of the hiring process – most job descriptions are an ideal for the role and allowances are often made for people who need to “grow into the role”. Clearly more women need to become aware of this. 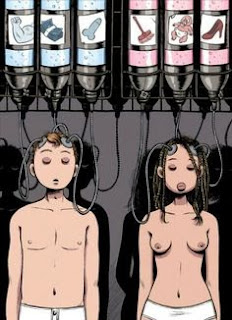 Part of women’s outlook may be historical, based on their experience once large numbers started entering the workforce. Economic necessity, especially during the downturn of the 1970s, often resulted in both husbands and wives taking on employment to cover household expenses. However the work available to women was usually administrative or clerical as few had professional qualifications. I remember in the early 80’s being advised that I should aspire to becoming a secretary, nurse, teacher or shepherdess – all admirable roles but perhaps not ones that would fully utilise my law degree. My paternal grandmother (one of the brightest women I have known) told me that she was “banned from taking a degree” by her family, who saw further education for women as no more than an unnecessary extravagance. It was not until late in the 20th century that women started breaking into the professional workspace and their jobs were attained through the qualifications that had attained. It is possible that bias still remains in some workplaces and hence women need to meet the criteria for a role more closely than their male counterparts – this was demonstrated in a McKinsey report that concluded that men are often hired or promoted for their potential, whereas women were selected due to their experience and track record. 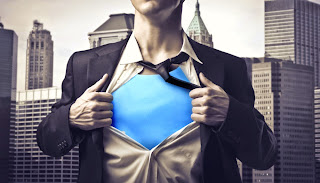 According to social-cognitive theory, most performance raters have difficulty overcoming their ingrained stereotypes in relation to how they perceive men and women; it is probable that preconceptions encourage many of us to apply certain behaviours and characteristics to others we work with. For example Del Boca and Ashmore’s research in the1980s demonstrated that (in Western cultures) stereotypical male characteristics include competence, rationality and assertion; whereas female characteristics include warmth and expressiveness – this results in the risk of women being seen as

“Nice but incompetent, the typical man as competent but maybe not so nice.” (Susan Fiske, 1998)

In their 2002 paper, Cara Bauer and Boris Baltes make some proposals on how best to go about reducing the effects of gender stereotypes on performance evaluations - they propose that although “women who are evaluated by raters with traditional stereotypes may receive less positive outcomes than their true performance dictates” this can be overcome by a “structured free recall” (meaning that “raters are instructed to recall behaviours that they have observed and to rely on these observations when completing the rating”). I must confess to being a bit un-nerved by this. Most employees and managers complain about the annual performance management process – in particular the length and time required to complete an appraisal. A structured approach usually requires formal questions being answered and then the responses being used to support a decision – this can mean adding an extra step to the process. Rather than doing this I would hope that sufficiently informed and trained raters would know to rely on specific evidence and incidents that had occurred during the past year rather than just writing how they feel about a person.

Regrettably, this is not the case in all organisations. According to an article in Fortune published in August 2014 the approach and words used towards men and women in appraisals differs. The research into the words used in the documentation of 248 appraisal reviews (from 180 people, 105 men and 75 women), within a number of technology businesses certainly provides food for thought – women tend to be given critical, personal feedback more often than men (negative personal observations were made in 2 out of 83 critical reviews received by men in the sample, but adverse personal comments were included in 71 of the 94 critical reviews received by women). The use of particular words seems to be common when criticising women – namely “Abrasive”, “Bossy”, “Strident” and “Aggressive” in relation to their leadership style and “Emotional” and “Irrational” for the manner in which they raise objections. Of these words, only “Aggressive” was applied to men and of the three instances recorded two were seeking to encourage the individual to be more aggressive. This also seems to hark back to stereotypical responses grounded in our hindbrain reaction. 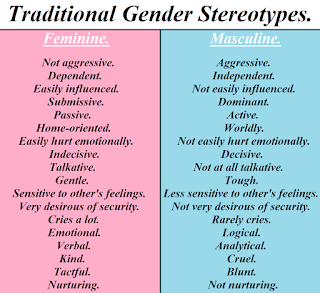 To create the world of the future, we need to rise above being reptilian. Perhaps that is the most important reminder we need, to help each of us avoid being biased when assessing others. 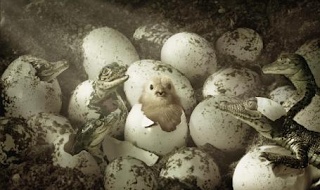 Right…I’m now off to prepare mammoth steaks for the family’s lunch – can you keep an eye out for the eagles? 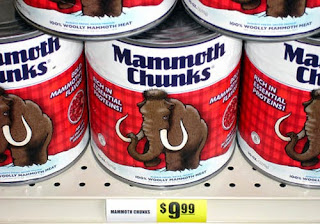