As yesterday’s post illustrates, there are times when planning for the future makes best sense when placed on the foundations of the past. Florence Nightingale knew that fresh air and sunlight help heal bodies, without being aware of the scientific evidence that supports her ideas, as provided by the men from Porton-Down. My grandfather’s research was forgotten, only to be replicated by strangers nearly a century later, they emphasised the same findings – that intelligent planning and efficient design can enhance a workplace and the experiences of those within it.

Last week’s CIPD hosted event was a powerful illustration of the fact that all of us in work can learn much from others. Leading experts from HR, Facilities Management, L&D and Workplace Strategy came together to debate what the world should look like in the future and hence how the workplace needs to adapt to become fit for purpose. With Neil Usher’s encouragement, supported by able facilitation from David D’Souza (the newly appointed Head of London for the CIPD), Jonny Gifford a respected CIPD research analyst with an interest in work and the work place and Simon Heath, one time COO and Head of Facilities, who is now a talented artistic facilitator and corporate illustrator, the attendees at the event were challenged to list the top ten aspects of a workplace that we felt were required for a “Living Wage Workplace” – i.e. one that provides more than just the basic requirements but is not overly ostentatious or expensive.

The group I was with used the room we were in for inspiration. The event was held in the basement function area of a trendy London Hotel, with no windows and shocking pink, in-your-face, highly decorated walls.  It is interesting how much colour can impact how people feel. We were lively. Last weekend I went to visit my family in Somerset. On the Saturday afternoon I agreed to act as chauffeur for my mother and aunt, as they wanted to go on a church crawl. We saw some wonderful buildings, but I was particularly stuck by the vibrant interior of Holy Trinity Church at Long Sutton – a striking contrast to its quite austere exterior. Much of its fifteenth century screen, pulpit and intricate decorations remain intact – they have been painted as they would have been when first constructed. 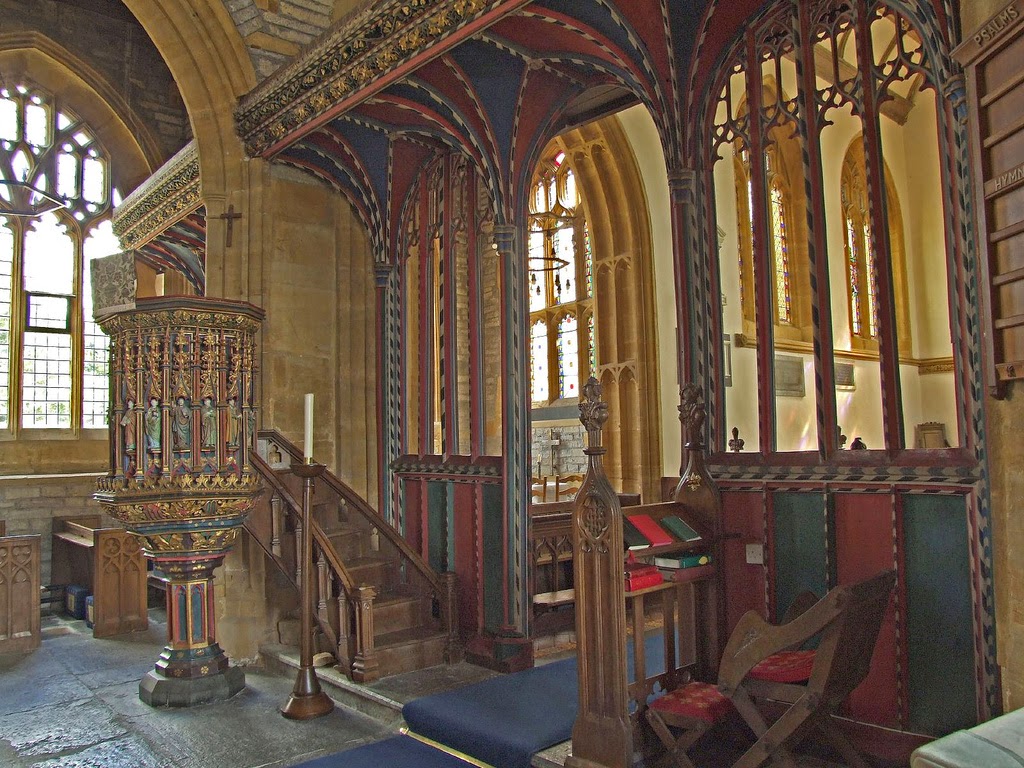 I can only image the awe inspired by the flamboyant colours, soaring pillars and roof held up by beautifully angels. The ceiling, as you near the altar, is covered in golden stars on a sky-blue background, to indicate the proximity to heaven. The carvings and colours used as a means to make a point and to influence the thinking of the congregation. 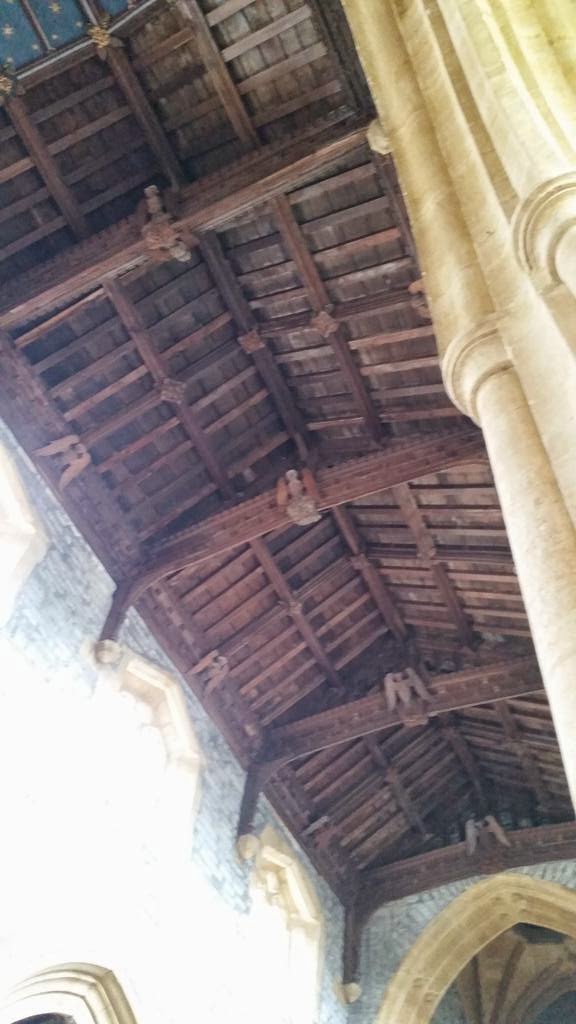 The impact of colour and décor should not be underestimated. I hang pictures in my workplace and as a business we share some of the wonderful illustrations made by Simon Heath at various corporate events he has illustrated, as well as artwork belonging to our business that depicts our history and interests. By doing so we make the space our own. People perform better if they feel a personal connection to their work and workplace. Yet, how many employees are trapped in soul-less white or magnolia tinted offices, devoid of fresh air or an identity and sense of belonging? 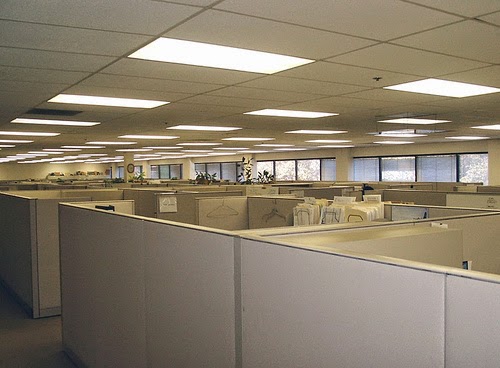 Belonging and control were the next aspects of modern work that my group at the CIPD event explored. All of us agreed that, increasingly, people expect to have some say in and influence over their environment – be that being able to work with different teams on specific projects (and hence move or rearrange the layout within a physical location as required) or even just being able to change the temperature without it having to be the same for all. We are used to autonomy and personal customisation outside work and so now we expect the same wherever we are. Research is showing that employees perform better when they have choice and control over their space.
We are living in a time of rapid innovation, with enhanced access to data and hence in theory knowledge. People are able to find answers to questions that previously have been the domain of an educated elite – for example online medical self-diagnosis or the ability to acquire a new skill via self-selected online learning (such as through videos on YouTube or MOOCs). It is this free access to information that will, in my opinion, have a profound impact on the workplace.  As people educate themselves they are likely to become more demanding. As Bacon said in 1597, “with knowledge comes power” and employers should be aware of this. People will expect to have a work environment that fosters employee health and wellbeing. Obesity and exercise are a point in case. As individuals become increasingly aware of the impact of sedentary lives and inappropriate diets they are likely to demand change. I suspect that a growing number of people will see it as an employer’s responsibility to be aware of and protect the health of their workforce. If an employer forces workers to perform in an environment that could be considered unsafe or likely to encourage known medical issues in the future, that employer could become liable, by being deemed irresponsible and having breached the duty of care that is owed to employees. 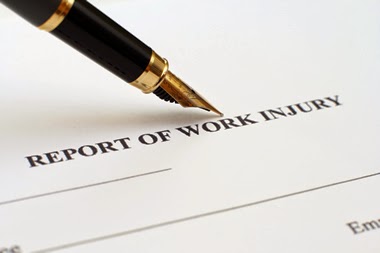 We discussed the need for exercise and activity whilst at work – to boost thinking and help combat many of the detrimental effects of being inactive for hours in a chair in front of a screen. I quite like the idea of a treadmill desk, although I prefer the option of getting out into the sunshine. The choice will probably up to the employee as to what action they take, but we all agreed that an employer that refuses to provide support in a health and wellbeing related matter would, at the least, be less likely to attract and retain the best of the workforce and at worst could find itself in costly and damaging litigation for negligence. It has happened before... 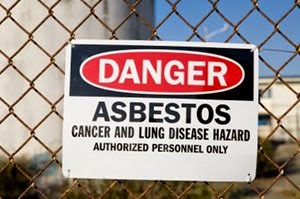 At the end of the CIPD event, it was gratifying to discover that we touched on most of the aspects of the list that Neil shared with us (although perhaps not with the specific examples I have provided above). Neil’s Top Ten (not in any particular order) are as follows:
I believe that there is one more… As our world continues to change we need be open to amending or adding to the above. One of the banks in The City of London is relocating to a building that is described as the “greenest” building in the Square Mile. It has the largest number of solar panels on a commercial building, a green roof, rainwater harvesting and heat reclaim driven under-floor heating, as well as significant storm drains. Clearly this type of building is not cheap, but it may indicate a prudent approach towards the future or perhaps a return to the past’s attitude of having a greater awareness of our place within our environment. The last of the churches that I visited last Saturday, with my mother and aunt, was the Church of St Peter and St Paul at Muchelney. It became famous during the Somerset floods, when the village of Muchelney was cut off for nearly a fortnight and could only be accessed by boat. The village children had created a summary of “Island Life” that was displayed on the church wall. 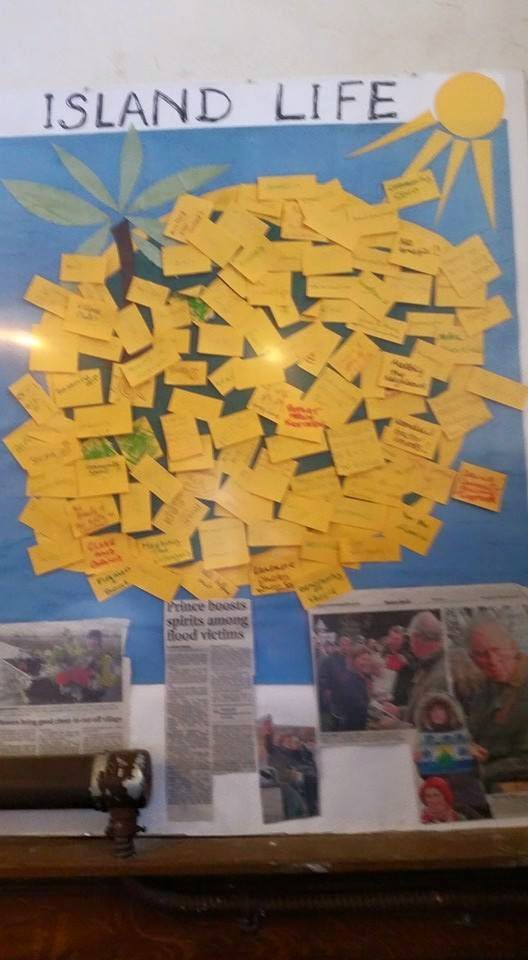 The church itself and the older houses stood proud of the water – the architects having taken advantage of a slight rise in ground. 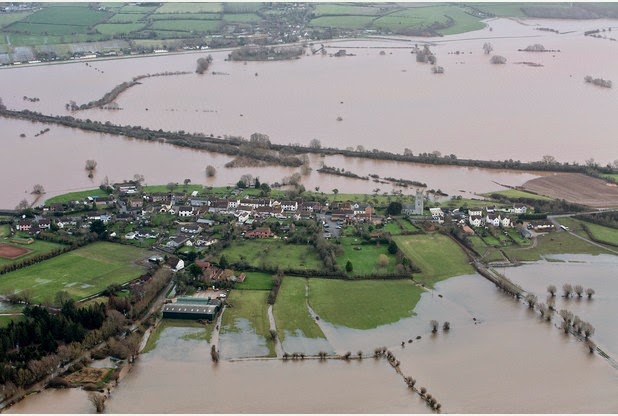 I think Muchelney’s church is an example to us all – its designers and builders were attuned to their environment and hence built their church on higher land to avoid the problems of flooding. We need to be equally aware of what could happen in our futures and design our workspaces accordingly.