Who is to blame?

This post was written in April, just before the tube strikes hit London again, and was posted on the Discuss HR blog

With more tube strikes hitting London and the anticipated adverse impact on people who work in or need to visit the capital, my thoughts have turned to union leadership and from that to recent history. The past couple of months have been memorable for British politics, primarily due to some notable departures: Maria Miller, the former Culture Secretary, was forced to resign, after the mounting consternation over her expense claims; and the Left-Wing was sunk into mourning following the passing of both Bob Crow, the champion of tube strikes and a key figure in the trade union movement, a fierce fighter for the rights of the members of his Rail, Maritime and Transport Workers’ Union; and Tony Benn, the aristocrat who successfully shrugged off his hereditary title, preventing him from sitting as a Member of Parliament in the House of Commons, to become an eloquent political firebrand for the Left. Both men were notable socialists, who wished to change society for the benefit of the workers.  More knowledgeable people than I have written fine obituaries and commentaries on their achievements.  All three were not universally liked, but as Winston Churchill once said:

“You have enemies? Good. That means you’ve stood up for something, sometime in your life.”
I am not going to go into the morality of expense claims, family housing or the appropriate length and tone for apologies; there is no doubt that Mrs Miller had made herself unpopular and, with media assistance, inspired strong responses from across society. 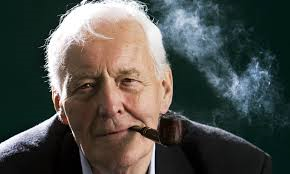 However, despite rousing notable reactions during their lifetimes, I was struck, on reading the press coverage, by people’s tendency to say almost hypocritically nice things of the dead: the British Prime Minister, David Cameron, described Benn as “a magnificent speaker and campaigner” (certainly true - I was fortunate enough to attend some events where Benn spoke and he was an eloquent and inspirational man), however, he stood firmly in the opposite camp to Cameron and held very different views. In February this year Bob Crow clashed vociferously with the Mayor of London, Boris Johnson.  As mentioned above, Crow orchestrated strikes on the London Underground and Johnston was clearly frustrated by Crow’s refusal “to get with the programme”. Yet, after Crow’s death, Johnston’s tone changed to one of almost camaraderie and he recently called him “a fighter and a man of character”.

In most organisations, the attitude towards a departing leader is usually closer to that shown towards Miller than the eulogies for Crow or Benn. The new regime looks to point the finger at the past for current problems - Phoenix IT Group Chairman publicly blamed his former CEO as the reason for why the group remained troubled, with a 6% decline in turnover half way through its fiscal year; Ashley Almanza, the new CEO of security group G4S made it clear that he blamed previous management for the business’ woes when he took over last May and yet, nearly a year on, G4S is still struggling having faced significant fines and a slump in profits.  Blame is an unattractive human trait, but exemplifies people’s desire not to be held to account.  It’s not just at the leadership level that this happens, on a daily basis employees squirm and twist to avoid being held accountable for things that have not gone smoothly. Finance claims that the invoice was sent out for the wrong amount because the business failed to provide the required information; HR says that the candidate declined the offer due to the line manager being insufficiently compelling during the interview; Marketing say that the product launch documentation was late to the printers because they had to wait for sign-off from Group Legal and Risk. 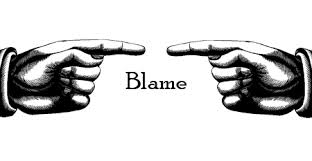 Recriminations occur in environments where employees feel the need to escape accusations of fault and/or fear repercussions if they are seen to be responsible for errors.  This culture originates from the top and is focused on self-preservation.  A blame culture poses many risks for business, including, but not limited to:
It is worth noting that employees often cause the demise of leaders - it is their performance (be it good or bad) that produces results. There is much talk at the moment over the sacking of David Moyes as manager of Manchester United. I do not claim to be an expert on football, but I was struck by one comment, made on Radio 4, that sometimes “players deliberately play badly if they don’t like their manager”.  For a business to thrive the leaders need to create an environment where people have confidence and want to grow and succeed. For this to happen the culture needs to be one that fosters trust, learning, engagement and accountability. Each of us at every level has a role in making it happen.  As corporate observer, Simon Heath, so eloquently states in a recent post, businesses are made up of people. We each must accept our responsibility and create a place where everyone feels supported and can be and give of their/our best.
It is important to learn from past mistakes, but success lies in actions and results going forwards. We all need to step up to the challenge and create an environment where we and others can grow and produce results.  Don’t let issues such as a tube strike get in the way of the bigger picture. You are accountable.
Building Our Own Future - Howard Jones