I live in Stockwell – an unprepossessing area of South London, which most people pass through en route to somewhere else, but to me it is home. As I suspect you already know, I am passionate about nature and our environment…perhaps partially inspired through osmosis from my parents and via the soil in my garden, whilst I tend my bees and plants.  I love my small patch of ground – an oasis away from the pollution, pace and pettiness out in the streets and office. I am sitting in the garden now, listening to a blackbird, perched on our neighbour’s chimney pot singing about its place in the world (as indeed am I in this blog). One of my mother’s lasting memories after my birth (she had a particularly gruelling time bringing me into the world, even though I only weighed 2.8lbs) is of a blackbird singing its heart out from a chimney pot, whilst she lay exhausted in bed, in what is now a defunct maternity hospital, less than 5 minutes walk from my current home. Perhaps this blackbird is a descendent of the one she listened to.  The connection and continuity appeals to me. 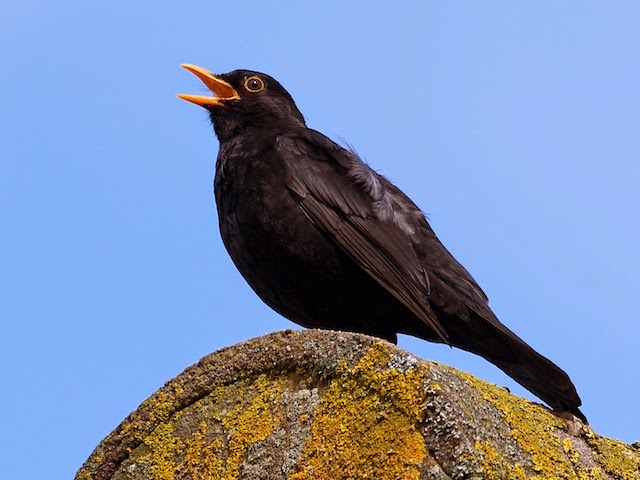 Part of the reason for my comment about osmosis is that my house is on land close to the original site of John Tradescant the Elder’s botanical garden. Tradescant, an English naturalist, gardener, collector and traveller, was an amazing man and can be credited as the father of modern English gardening, specialising in the garnering and nurturing of unusual plants.  He commenced his career as Head Gardener to Robert Cecil, 1st Earl of Salisbury, and created the celebrated garden at Hatfield House (the place where Queen Elizabeth I spent much of her childhood) and eventually was retained by the King as “Keeper of his Majesty’s Gardens, Vines, and Silkworms”.
In 1610/11 Cecil sent Tradescant to the Low Countries to select fruit trees and Tradescant returned with trees, plants and bulbs never before seen in England. This was the start of his life as a botanical pioneer. He and his son (John Tradescant the Younger) travelled abroad, as well as requesting others to collect specimens, to add to his collection.  Tradescant assembled a miscellany of curiosities (of natural history and ethnography), which he housed in “The Ark” – his home in Lambeth.  This amalgamation of rare and unusual natural and man-made objects established what was the first English museum to be open to the public, the Musaeum Tradescantianum and demonstrates Tradescant’s passion for learning and his altruism towards his fellow men and the world around him. After Tradescant’s death, the collection was acquired by Elias Ashmole and he bequeathed it to Oxford University as the nucleus of the Ashmolean Museum, the world’s first university museum. I love seats of learning.

Although I honeymooned in Oxford, I studied at “The Other Place” and it was a real treat earlier this month to share my alma mater, Cambridge, with some of my colleagues and exceptional professionals and friends during a pioneering leadership development event, designed and run in conjunction with the Judge Business School. We took advantage of the amazing locations around the University to run some inspirational sessions covering a range of key topics including self-awareness, leadership styles, coaching cultures, communication, team dynamics and the traits of high performing teams. On our final night we had the privilege of dining in Cambridge’s equivalent of the Ashmolean – The Fitzwilliam Museum. The former Director of the National Gallery of Art in Washington, DC, stated that, “Like the British Museum, the Fitzwilliam addresses the history of culture in terms of the visual forms it has assumed, but does so from the highly selective point of view of the collector connoisseur. Works of art have been taken into the collection not only for the historical information they reveal, but for their beauty, excellent quality, and rarity…It is a widely held opinion that the Fitzwilliam is the finest small museum in Europe.” Standing, conversing with colleagues surrounded by exquisite works of art, it was impossible not to agree.
How fortunate am I to be able to learn from, share and enjoy such treasures and memories, and also to be able to select my own dream team with whom to make the event such a success? I don’t often get given flowers, like a prima ballerina, for putting on a great show, but I did this time and they are still gracing my kitchen table. They make me smile whenever I look at them. It’s funny how impactful a meaningful “Thank you” can be. The personal notes from attendees have been heart-warming and inspiring. Hardened corporate cynics have emailed and written by hand to say that it was the best learning event that they have ever attended, some called it life-changing. Younger members of the group stated that they now appreciate where we, as a business, are going and what they need to do to enable success both for themselves and for the firm.  I am indebted to the wonderful professionals who, far more than I, made such an impact – especially:

You are truly a group of high-flying professionals who are a joy to work with. Our shortlisting for this year’s HR Excellence Awards is due in part to you and your influence.

Thank you!
It is a genuine pleasure watching and helping people learn and grow – that is one of the reasons why I love being in HR.  There are similarities between HR and designing and tending a garden.  Good HR takes time, it is often hard work and a thankless task, but the fruits of your labours can be fantastic. Frequently the most apparently uninspiring bulbs or roots, with some care and support, suddenly sprout and blossom. Productivity can be found in unlikely places. Last week I had the felicity of attending the RHS’s Chelsea Flower Show – certainly the most famous UK show and probably the best known floral event in the world. It was delightful to wander amongst the different gardens and displays.  I am in awe at the skill true horticulturalists display in bringing together textures, colours, vistas, scents and contrasts, with an incredible eye for detail, to create exceptional spaces that evoke emotions as well as being visually stunning. Each exhibit had its own style and personality and, as many of my friends on Twitter now know, certain gardens and plants reminded me of friends. I find that having a connection to nature makes me feel more alive and helps me grow, so that I want to sing like a blackbird.

Beatles Blackbird, 1968
(lyrics were inspired by the civil rights movement in America)