“...the strands that connect us are frail, so don’t hang great weights on slender wires...” - John Geddes, A Familiar Rain 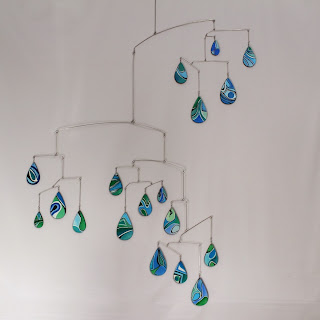 This time a week ago I was sitting in a wheelchair in Accident & Emergency, waiting for doctors to determine how much damage I had done to myself in a car accident.  Like many, I was not in the habit of wearing a seat belt in the back of a London Black Cab (London traffic is so slow - what’s the point?  The rear of a traditional taxi feels like a secure bubble of safety away from the bustle outside, so it is easy not to appreciate the need to belt up.  Most of my friends don’t bother...)  Let me be a lesson to you.  I learned the hard way, after an ignominious period spent trapped, with my nose pressed to the floor of the cab, unable to lift myself as I had lost the use of my legs - I did find some forgotten objects under the front seat, including a large grey cash box and some spare change, but that was small consolation to either the driver or myself.  The cabby was brilliant, once we had realised that I was in no state to make the meeting I was en route to attend, he bought me some water (I was in shock and felt sick), he drove me to hospital (ironically one of the ones where I am a Governor), he found the wheelchair and wheeled me to A&E, he would have stayed with me too if my son had not come to be with me.  With hindsight, there was much value to being a “mystery shopper” in the hospital; I can honestly say, with one exception, I was enormously impressed by the attitude and care shown to me and to other patients by all the staff I met. 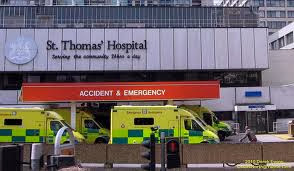 I spent a while in “Triage”, the area where the severity of each patient’s condition is determined, so that treatment can be prioritised (demands on the UK health service are such that not everyone can be treated immediately). 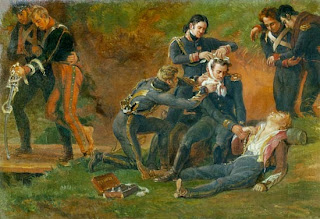 Triage as a concept commenced during the Napoleonic Wars (the word comes from the French trier - to separate or sift) and French doctors used the approach in World War I, dividing casualties into: 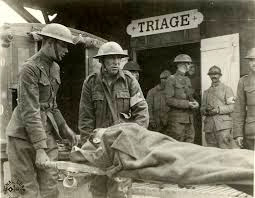 In corporates we often apply a similar approach to people and their performance.  We focus on the employees who are not perfect and see if we can make them better.  There are many articles exposing the fact that managers usually concentrate their efforts on individuals who make the most noise and those who demand immediate attention, as well as on the people where they feel that it is possible to produce a positive outcome for all parties.  We usually ignore the good performers, presuming that, because they are doing what is asked of them, they are happy. 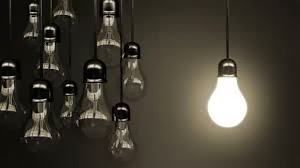 I think most businesses would benefit from spending a bit longer considering how they treat their good performers, especially when they are allowing others to get away with sub-standard work and attitudes.  Increasingly I am of the opinion that it is crucial for organisations to think more about the impact that their demands have on those they value and the others in their teams.  It is common practice in most organisations for managers to rely on a chosen few, who have proven themselves capable of producing good work, even ignoring others who might also be good performers, because there is a degree of comfort in asking someone to do something and knowing that the task will be done on time and to the standard required.  The people being overlooked often complain that they are not developing required skills and hence are being denied career progression, but we seldom think of the impact our continuous demands have on the few doing the work.

People are frail and it is easier to hurt them than you might think.  Employers would do well to realise that it only takes one final small thing to change an individual’s attitude from being flattered that they are relied upon to feeling overwhelmed by their bosses’ demands and becoming disgruntled, believing that everything is dumped on them, when they can see others around them not under similar pressure.  What was once acceptable is no longer OK.  Nobody likes to feel that they are being taken advantage of.

Engagement Surveys seldom offer sufficient granularity for managers to know whether their best performers are inspired by their work or disengaged (I am only aware of one piece of recent research that looked at the link between individual performance and employee engagement - Leadership IQ’s survey released in April 2013 - rather worryingly, it showed that in 42% of the companies studied low performers were more engaged than medium or high performers https://www.leadershipiq.com/new-engagement-survey-metric-uncovers-more-risk-for-employers-who-want-to-keep-their-top-performers-according-to-leadership-iq/).  If a company MD or CEO was told that the firm’s top clients were unhappy and planning to take their business elsewhere, as a matter of urgency, they would go and talk with them to sort matters out, as they are too valuable to lose.  Leaders need to make a similar effort to speak with and provide an environment that will retain top employees.  Over the years I have chatted with rising stars in a wide variety of organisations and many have told me that they do not aspire to the life they see others higher up the tree experiencing.  Long hours, lengthy periods away from family and loved ones, little consideration from the top downwards and not even a “thank you” for the sacrifices made - it’s no wonder that rising stars find a “toxic” culture unappealing.  An environment that forces top performing employees to have to choose between having a life or a successful career will not encourage those following in their footsteps to wish to stay.   Increasingly people, especially the good ones, have a choice. 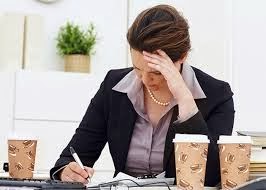 It is a human reaction, when confronted with a tight deadline to turn to a reliable high performing employee in the team for support.  However, this can become a dangerous dependency, which results in the top performer being put under unnecessary, repetitive stress, leading to disengagement and potential burn out.  Employers need to break the cycle that constantly puts pressure on star performers.  In our incessantly demanding, technologically connected world, it is unrealistic, as well as inconsiderate, to expect a few always to work excessive hours and to be on constant call.  What is required is a sustainable approach, one that ensures long term success instead of short term delivery.  This was highlighted in the Towers Watson research of November 2012 http://blogs.hbr.org/2012/11/creating-sustainable-employee/ 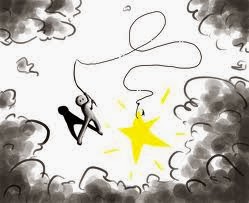 The success route to ensuring retention of star employees is outstanding management from authentic and empathetically intelligent leaders.  It is usually the little, irritating day-to-day factors that make a person want to leave a company (and top of this list is poor and inconsiderate management); in the same way it is the small things that can make all the difference and encourage a person to stay.  A genuine thank you, indicating that you really understand an individual and what they have done (perhaps refer to what you know they have missed outside work to help you) - it shows how well you know them and what makes them tick.  You could suggest, before they ask, that they come in late on the morning that their child is performing in the school assembly, as a gesture to make up for the extra hours they have put in, or offer them an afternoon off or early departure, so that they can go to a gig or see a show.  Can you arrange for them to meet someone whom they respect and admire?  A get well card, phone call or flowers when they are off sick is a nice personal touch which shows you care.  Let them know that you are aware of the hours they put in.  Discuss their work load and seek their suggestions as to whom they think could benefit from learning to do certain tasks, so that the workload is better shared and the team can operate more as a unit. 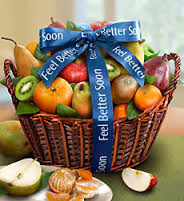 As I know to my own cost, I tore the ligament in my left hip in the accident last Friday, people are fragile, but a little care goes a long way towards making things feel better. 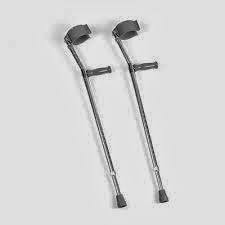 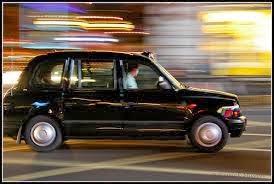