“God chooses our family, thank God we choose our friends” - or so the saying goes.  I spent the week before last in Wales, with my sons and husband, visiting my father and his wife.  Despite the challenges of multi-generational expectations, I find it hard to concur with the statement.  I do confess to a few clashes over ideas as to what would be fun - the grandparents requested that we bring collapsible picnic chairs and go to see an outdoor production of Shakespeare, whilst the boys wanted to take laptops and could probably have kept themselves happily entertained indoors for most of the time, without speaking to the rest of us.  As it was we all laughed at The Comedy of Errors and the laptops proved invaluable when determining the best ways of cooking an ostrich egg – a good piece of collaborative catering that resulted in a delicious lunch.  My relatives are a diverse crowd, including farm labourers, doctors, inventors, entrepreneurs, coffee shop waitresses, former Scrumpy smugglers, book binders, chefs, IT geeks, artisan craftsmen, Olympic standard athletes, high powered academics, members of the armed forces, an eminent poet, horticulturalists, inspirational figures from commerce and industry, leading lawyers, parents and civic/City dignitaries - that’s part of what makes my family interesting.  Being quite different from most of them, I am the first to admit that I might not wish to spend all my time in their company, but that does not stop me from appreciating who they are and what they do/have done and really enjoying the discussions that we have when we are together.  In addition, it is reassuring to know that, somewhere in the family, there is someone with expertise and knowledge that I can call upon, should the need arise.

﻿
In many ways, employees in a company resemble members of a large family.  There are a mixture of personalities, ages and skills all drawn together under the banner of a single name (in this case the business as opposed to a surname or links through blood and marriage).  It is improbable that all employees will feel and think the same way, but that does not prevent them from being able to respect and value one another for their diversity and the talents and experience they bring to work. ﻿﻿

Families vary greatly around the globe - often as a result of local culture, customs and ways of living.  Research (such as the ecocultural framework devised by John W. Berry in the 1970’s) shows that typically agricultural communities encourage patriarchal, large families, in which it is conventional for deference to be shown to elders and where the repetitive labour, required for producing food and goods to enable communal living, can be shared.  Children are encouraged to be compliant, responsible, obedient and respectful.  In contrast, in hunting and hunter-gatherer communities, an individual who is an expert at sourcing food is revered for their skill.   The offspring in these groups tend to be taught to be independent, achievement-orientated and self-reliant.  These latter societies are often comprised of small nuclear families (partially because of the need to be easily mobile and also to enhance the chance of survival in lean times).  It was the advent of the industrial age that resulted in a shift in these traditional groups within society.  As people moved to cities to seek work in factories they resumed living in small nuclear groupings, usually two generational – hence the predominance of this type of family structure in Western Europe, America and Canada.  In addition, in many societies in both the East and West, shifts from an agriculturally dominant to an industrial system, during the 19th/20th centuries, resulted in an increasing number of children (including girls) attending secondary education and university/college.  It is a proven fact that, after qualifying, few graduates choose to return to work on their family farms; hence the emerging change in society (not just in the West) towards nuclear families is being reinforced through education. 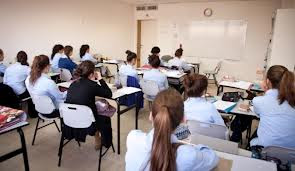 I am reading a fascinating book at the moment, The Journey of Martin Nadaud, a life in turbulent times, by Gillian Tindall - a fascinating study of life in rural France in the mid-nineteenth century, plotting the true story of a migrant stone mason who becomes a leading French revolutionary and a Member of Parliament, before fleeing into exile to England, establishing himself in a new life but eventually returning in triumph to France.  At the time of Nadaud’s youth it was expected that the young masons would enter into arranged marriages with village girls from the farming communities from where the men originated from; their masonic income, earned in Paris, where they were away for up to two years at a time, supplementing the meagre agricultural returns of the rural homestead.  The women would remain on the land, tending fields, animals and children.  A tough way to sustain a marriage.  It was the advent of enhanced education within the community, specifically reading, that changed the habits of centuries and resulted in couples moving together to live and work away from their family and roots. 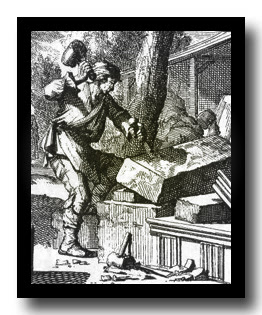 Modern media, especially television and film, has exposed most people in the world to the US style nuclear family (comprising parents and their immediate children) and the more recent adaptions on this theme - step families following divorce and remarriage and single parent or single sex parents - are becoming increasingly common and accepted.  Sit-coms such as Hannah Montana (in which a father tries to raise the family after the mother’s death) are widely viewed around the world and same sex parenting amongst celebrities such as Elton John and David Furnish are covered globally. The NatCen of Social Research in the UK released its annual British Social Attitudes Report on 10th September 2013, which suggests that Britain has become significantly more tolerant of same-sex relationships, with 22% declaring them “always wrong”, compared with 64% in 1987 (http://www.bbc.co.uk/news/uk-24021037).  Families are changing, in 1970 the U.S. Census Bureau reported 19% of households as being “nonfamily” (i.e. unmarried and unrelated people sharing living spaces, cohabiting couples and people living alone) vs. family (i.e. two or more people living together who are related through marriage, birth or adoption) in 2007 this number had changed to 32%.

As an aside, if you are interested in Nuclear families and their homes, this link might be of interest (!) http://www.messynessychic.com/2013/09/05/the-1970s-cold-war-era-home-built-26-feet-underground/


The family has and will continue to change, as will public attitudes.  Given the amount of time that people spend within the work environment, it is hardly surprising that work is a place where a high proportion of relationships and ultimately families commence.  According to Vault, in a survey of 2083 US workers run in 2011, 59% of respondents said they had dated a person they had met at work. Barack and Michelle Obama commenced their relationship at a Chicago law firm in 1989, when he was a summer associate and she was his supervisor.  CareerBuilder.com undertook a survey last year (asking 7,780 people in America who were full-time workers who were neither self-employed nor worked for the government) in which 38% of workers said they had dated a co-worker at least once in their careers and 31% said office romance lead to marriage.  As collaboration, cross-border working and globalisation increase, societies and groups will continue to intermingle and mix - exchanging ideas and goods but simultaneously developing relationships, many of which will blossom into more than just working colleagues.  In the past mixed-race relationships have been viewed with disdain, hostility and sanction.  Marriage practices in certain countries and communities have evolved to preserve religious and ethnic groups and clans. I had drinks last night with a chap whose grandfather was physically barricaded out of the Welsh town in which his sweetheart (and ultimately wife) lived, because he was of a different nationality.  I have a great uncle who, being Greek, was viewed almost as an object of curiosity, despite being much loved by my fairly conventional Yorkshire relatives.  What was seen as strange yesterday is now viewed as the norm; society continues adapting and as it does so opportunities to meet and develop relationships with others from around the globe increase. 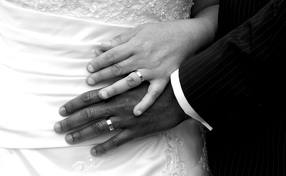 All organisations, not just multi-national conglomerates, need to be able to support and encourage a broad range of employees.  As societies change, so must the working places within them, so that they too can benefit from and support the diversity of employees that are reflective of their communities.  HR needs to keep abreast of demographic and economic trends, anticipating and creating appropriate environments in which people can thrive.  My family would be greatly diminished if its diversity was reduced and the same applies to my employer.  Change is a constant – new creations, unanticipated as well as predicted demises and a flow of fresh unions and collaboration – this applies as much to businesses as it does to people in outside work relationships and is something we should all be familiar with.
Posted by KateGL at 10:35