HR has been getting quite a bad press recently – mainly due to the Beecroft report (a report commissioned by the Department for Business Innovation and Skills (BIS) in response to a UK government request for areas of red tape, such as employment law, to be simplified in order to encourage job creation and growth).  Other than stating that I am not convinced that the proposals will achieve the aim of stimulating growth and enabling increased employment, I am not going to go into the pros and cons of Beecroft’s proposals; others better than I have already written some excellent comments (see Laura Chamberlain’s summary for the CIPD in Personnel Today http://www.personneltoday.com/articles/2012/05/22/58548/what-does-the-beecroft-report-mean-for-government-policy.html or the admirable amalgamation of observations produced by Michael Carty of xperthr http://www.xperthr.co.uk/blogs/employment-intelligence/2012/05/beecroft-report-was-inspired-b.html).  The thing that interests me is that Beecroft was allegedly inspired by a former HR Director, whom he fired from his venture capital business, who then raised a claim via the UK employment tribunal and received significant compensation for unfair dismissal. 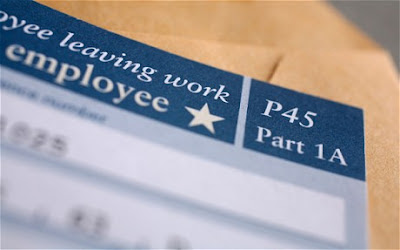 It is often said that it is unwise to fire HR professionals as they, better than most, know employee rights as well as “where the bodies are buried” in the organisations that they work for and hence are well placed to fight their corner.  Certainly, it is HR’s role to understand employment legislation and to ensure that their employer conducts itself in an appropriate manner.  However, is that it?  What is HR’s role?  Is it simply a function to ensure good order?  Even in today’s challenging business environment, HR is viewed by many as a necessary overhead whose purpose is to monitor and control.  A number of senior leaders, primarily outside HR, believe that the function has little direct ability to contribute towards the bottom line and should not even try. 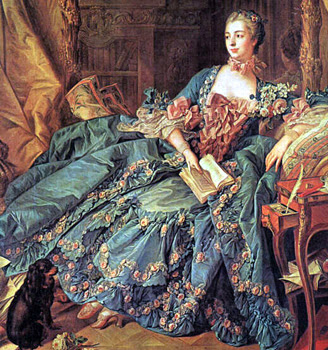 Rather like a Georgian wife or a Southern Belle, senior leaders at times state that in effect HR should not “trouble it’s pretty little head with complex business issues, but should focus on maintaining order and discipline within the home”.  By this, presumably they mean the:

It appears that HR is not viewed as capable of understanding the commercial aspects of business. 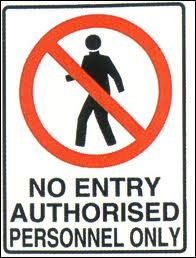 I had my knuckles rapped on Friday by a fellow Exec who felt that I was getting involved in areas that should not concern HR (the accurate production of business performance and productivity figures, by area and individual within each area).  In some ways he is right, I have more than enough challenges without unnecessarily taking more onto my plate and I should produce significant improvements in my area before wading into other people’s troughs.  It would be so easy simply to obey and get my snout out.  However, I am a firm believer that HR cannot support a business without genuinely understanding the commercial drivers.  I see HR as being responsible for enhancing business performance through the most effective use of people.  I also believe that HR is a crucial part of the business, and will remain so for as long as most organisations rely on individuals to enable their success. 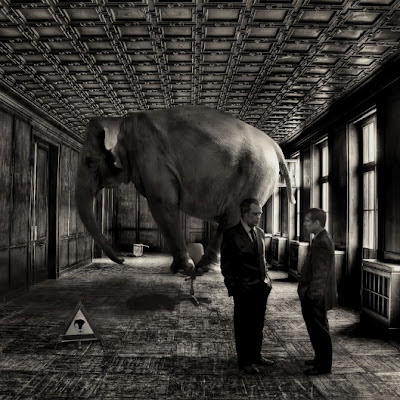 HR is often the eyes and ears of a business, picking up on issues before they are commonly aired and is well placed to bring potential concerns to the table.  HR needs to be brave and feel comfortable speaking out when certain matters that could impede the business are brought to its attention.  Employees often turn to HR when they are concerned and a good HR professional should be able to sense when things are not quite as they should be.  I once took a phone call from a distressed relative whose son was in hospital.  She explained that he was near suicidal due to what had happened to him and wanted to know what we “his employer” were going to do to redress matters.  I knew that we did not have, nor had ever had, an employee with the name she gave me but, instead of simply telling her that she had the wrong number, I listened to her complaint.  It became clear that, even though her son was not an employee, he had significant knowledge about a number of our employees and the business.  Following the “there’s no smoke without a fire” principal, I undertook some investigations.  What came to light was a significant fraud involving a number of individuals.  Due to my ability to read between the lines in that initial telephone conversation, I exposed a multimillion pound embezzlement scam and managed both to prevent it and thereby to save my employer a significant sum of money. 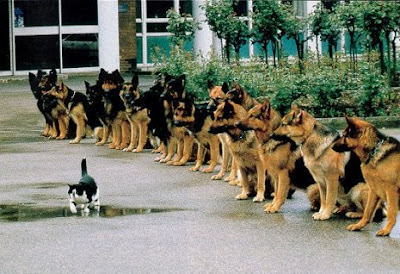 Perhaps if more people had listened and been prepared to voice their concerns, many of the much worse issues and subsequent losses, due to the Global Economic Crisis of the past five years, could have been averted.  We have a similar situation within Europe at the moment.  Many of us have said for a while that it was only a matter of time before Spain would need financial assistance.  It was clear that, like in Ireland, huge sums of money had been borrowed to finance unnecessary construction projects and mad-cap ventures.  Even as a tourist visiting Spain I could see that there was unnecessary building developments – such as airports, housing and golf complexes – that would be impossible for local businesses and authorities to sustain.  What possessed the Spanish banks to lend money for these projects?  Presumably the same blind desire for profit that infected the Irish banking system.  People in Barcelona have spent the past three days demonstrating against the predatory practices of banks. 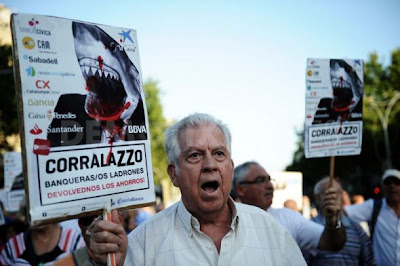 One of the best and funniest bits of this week’s topical listening was “The Now Show” on BBC Radio 4, commenting on the current Eurozone issues – it is an excellent, humorous parody, explaining what has gone wrong and why, as well as producing some witty thumbnail sketches of the main players in the drama.  If you missed it here is the podcast http://downloads.bbc.co.uk/podcasts/radio4/fricomedy/fricomedy_20120608-1547a.mp3  the sketch I am referring to starts at 08.51 or else you can listen via iplayer, the URL is http://www.bbc.co.uk/iplayer/episode/b01jhp0f/The_Now_Show_Series_37_Episode_1/ but be warned – like  a James Bond briefing tape, the iplayer version will self destruct in six days.  We in Europe have clearly been making a meal of it!

Perhaps the waiter or the chef should have voiced concerns, before the diners had become too extravagant.  In the same way, perhaps HR should be encouraged to voice its unease.  We live in a complex and constantly changing world.  None of us has all the answers but if the “pretty heads” are comfortable speaking out, perhaps some future problems can be averted. 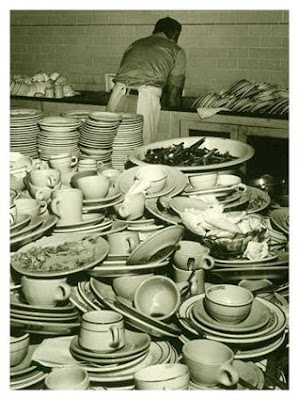